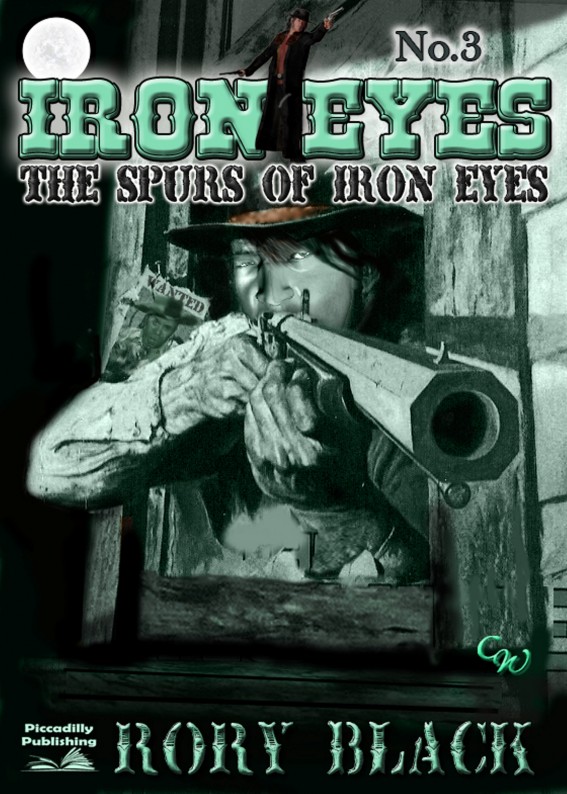 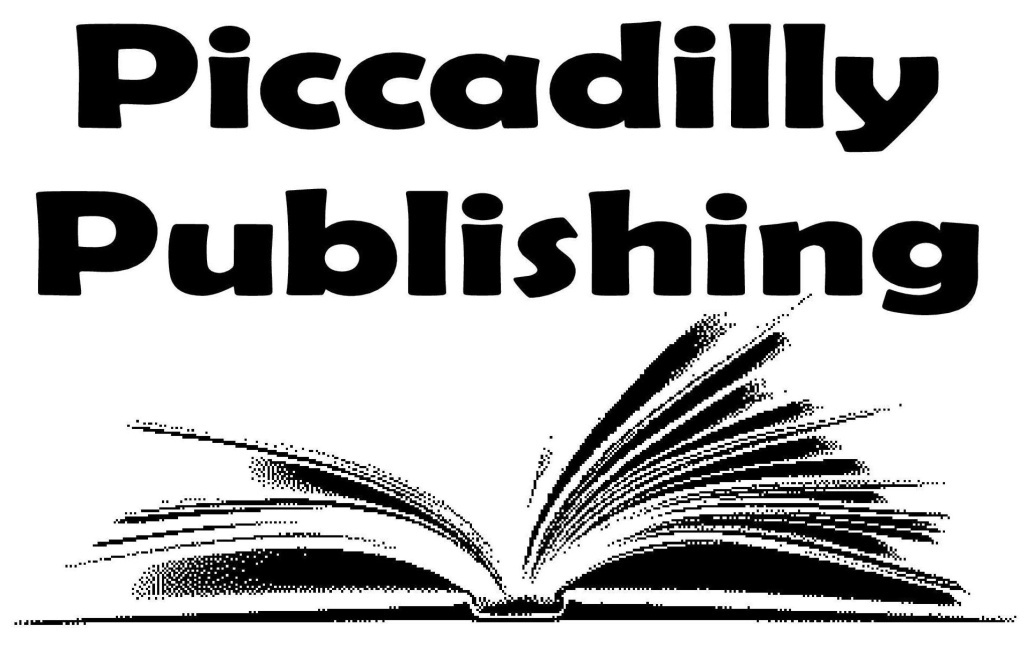 It was as if some invisible
force had drawn the infamous bounty hunter Iron Eyes to the small
border town of Rio Vista. Weighed down with saddlebags filled with
a fortune in silver and gold coins, the rider no longer seemed to
have any reason to exist, for the fortune had become a millstone
around his neck.

Then a priest asked him if
he would help people of a small Mexican village who had become prey
to marauding bandits. It looked like a quick and certain way to
die.

But Iron Eyes eagerly accepted
the challenge and with newly found resolve headed south – straight
into the jaws of an unknown enemy.

He had always lived by his
gun, but this time he needed courage and cunning, too! 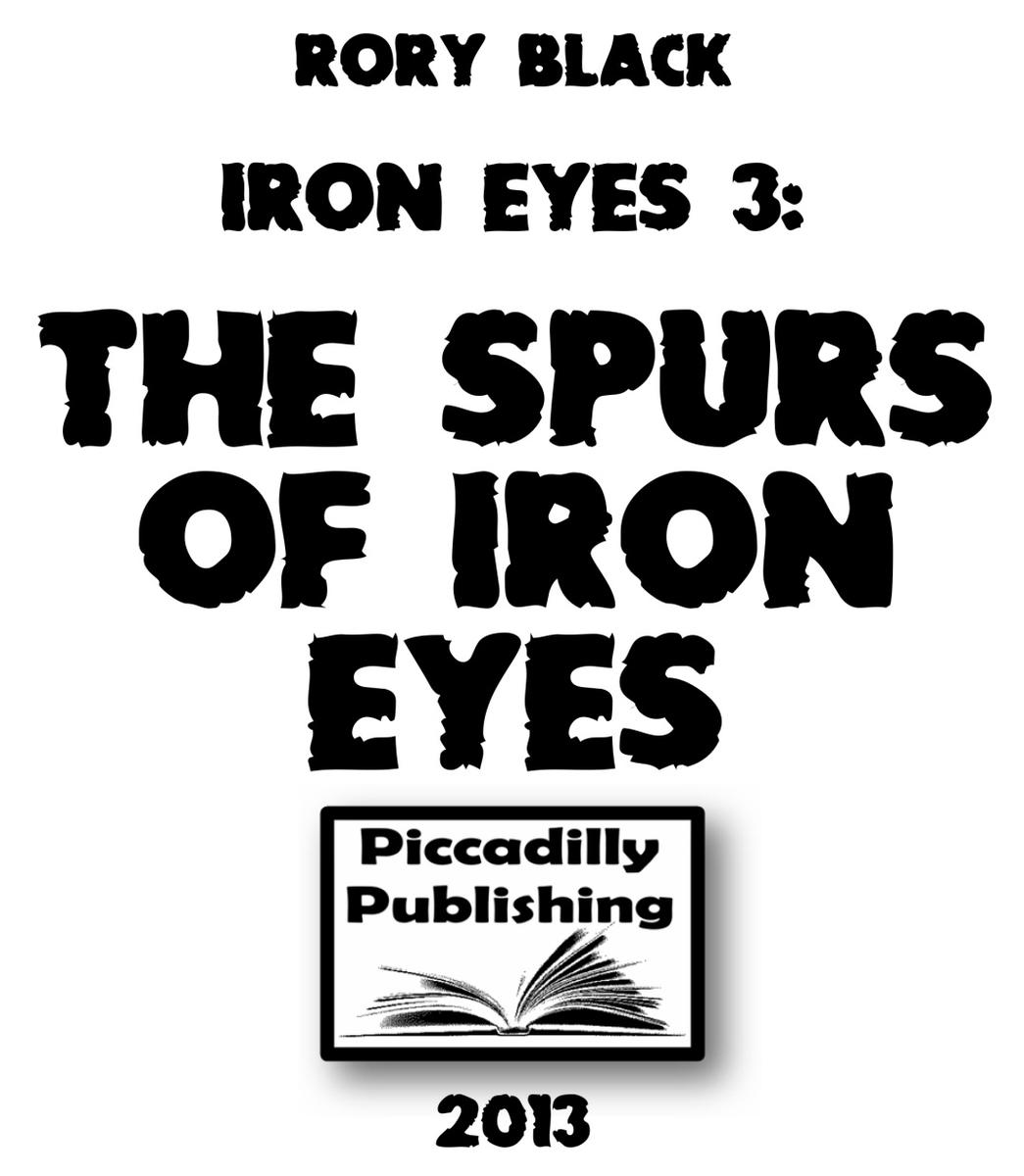 First Published by Robert Hale
Limited in 2001, under the title
Spurs of the Spectre

Names, characters and
incidents in this book are fictional, and any resemblance to actual
events, locales, organizations, or persons living or dead is purely
coincidental.

This ebook is licensed for your
personal enjoyment only. This ebook may not be re-sold or given
away to other people. If you would like to share this book with
another person, please purchase an additional copy for each reader.
If you’re reading the book and did not purchase it, or it was not
purchased for your use only, then please.Cover image © 2013 by
Westworld Designs

This is a Piccadilly
Publishing Book

Published by Arrangement
with the Author.

Keeping the memory of his
father alive

Some people spend an entire
lifetime seeking their fortune and forsake everything to achieve
their goal. To most men, it would be a dream come true finding
themselves suddenly rich.

What does a notorious
bounty hunter do
when he finds himself so wealthy he no longer has to pursue outlaws
for the reward money on their heads? Where there is no longer a
reason to dish out his own deadly version of justice?

Other men would soak up the
trappings wealth would endow without a second thought.

Yet Iron Eyes was unlike
other men.

The hefty bag behind the
cantle of his saddle was swollen with golden eagles and silver
dollars but they had become a curse to the gaunt rider.

Without the scent of his
prey in his nostrils, Iron Eyes had lost the only thing which he
valued. His self-respect had been torn from his soul.

The thrill of the chase had
gone.

Bearing down on the most
dangerous vermin in the West had been his only reason to exist. He
had never once been scared because only men who fear death
understand fear. Iron Eyes lived a life which accepted it as
inevitable. Death had ridden on his shoulder for most of his days,
waiting to claim him as it had all those who had faced
him.

Now only guilt filled his
thoughts.

A hundred bottles of rotgut
whiskey could not wash away the feelings which had haunted him
since leaving Tombstone. He had become a mere shadow of his former
self.

It was a weary Iron Eyes
who wondered if he might ever find the answers he so desperately
sought. Was this, quite literally, the end of the trail?

There had been a lot of towns
since Tombstone. Each one no better or worse than the last.
Finally, the
infamous bounty hunter known simply as Iron Eyes was back in Texas.
Even now, as he rode along the Mexican border, deeper and deeper
into the arid wastelands he knew so well, he seemed unable to
rekindle the inner flame which had once burned so ferociously. He
had always been the hunter. Originally, his prey was the animals
whose pelts brought him money from fur traders, then he had turned
his skills upon the human vermin who were wanted dead or alive. He
had always taken the first option and dispatched his lethal justice
with the coldness only a true hunter could find within a heart
devoid of any emotion. That had been before Tombstone and the
bloodbath which had ensued
and the thirty thousand in silver and gold he had
earned protecting three miners and one strangely compelling
creature named Squirrel Tooth Annie. Iron Eyes still could not
understand why she had taken a fatal bullet, intended for
him.

Now, seven long months down the
trail, over three-quarters of the money remained in his
swollen
saddlebags. Iron Eyes had ridden through dozens of towns
and known a small fortune in reward had been there for someone to
collect it. Yet he had no reason to draw his Navy Colts and lay his
life on the line any longer. He had found himself in a situation
most men would envy, but to the cold, emotionless bounty hunter, it
was like a curse.

As the gaunt rider aimed the
weathered
gray gelding along the dusty ridge, he stared down at the
dozen or so sun-bleached adobe buildings sitting alongside the wide
shallow river. Pulling up his reins to stop the horse, he rested a
hand upon the saddle cantle and sucked on a thin cigar
thoughtfully. Smoke drifted through his sharp, razor-like teeth as
he studied the scene carefully. A large church or chapel dominated
the town as it stood, whitewashed and proud, at the end of the
single street like a hen watching her chicks. A tall bell tower of
Mexican design topped by red tiles seemed out of place here among
the dry, less opulent structures. Casting his attention across at
the wide river, the thin skeletal featured man nodded to himself
knowingly. Mexico was a place he had ventured into many times when
the scent of his chosen prey had thought the border would grant
them security from his determination. How wrong they had all
been.

That had been when he still
had a purpose. When there had still been a job to do.

Iron Eyes watched the
townspeople below him moving around from building to building,
going about their daily chores and duties. It seemed a quiet place,
far different to many of the towns he had ridden into in the past.
Taking in a lungful of smoke he gripped the weed in his teeth
before jabbing his large vicious spurs into the scarred
animal
’s
flesh and steering it down toward the settlement.

The horse cantered more through
fear than obedience as its master shook his long, limp, black hair
loose from beneath the high collar of his long coat. Resting the
palm of his right hand upon the grip of one of his lethal Navy
Colts, he rode down to the bleak trail leading to the town limits.
Iron Eyes had never been to this place
before but he imagined they had heard
of him, even here.

Bounty hunters of such
notoriety seldom entered any town without someone knowing who they
were. As he stood in his stirrups and screwed his eyes up against
the sunlight, Iron Eyes noted this town was called Rio Vista
boasting a population of
one hundred and fifty-eight souls.

As was his usual routine, he
rode slowly along the main street noting where the hotels, saloons
and sheriff
’s office were located. When satisfied, he aimed the
bedraggled horse back towards the solitary hotel, a solid enough
building with its name painted brightly across its whitewashed
exterior.

The Rio Vista Hotel looked
cleaner than most he had stayed in over the past few years, if its
frontage was anything to go by, the tall rider thought, as he
headed the animal slowly towards the hitching rail which ran above
a large trough filled with clear water beside a large iron
pump.

Even here people seemed to be
aware this was no normal stranger who had ridden into their midst.
This man was anything but normal. Sitting for a few moments in his
saddle, Iron Eyes grimly surveyed the people who dared look at him.
Their interest soon evaporated when he
dismounted slowly. Tying his reins
securely to the long, bleached wooden pole, he watched the wretched
animal drink as he looked around the long street.

Untying his
saddlebags, the bounty hunter
stepped up onto the boardwalk and cast his gaze up and down the
street before entering the hotel. The interior of the hotel foyer
seemed at least ten degrees cooler than outside in the blazing sun.
It suited Iron Eyes, as he strode purposefully toward the small
counter, his spurs jangling with each step.

A clerk of more than fifty
years looked up from his newspaper and found himself gasping at the
terrifying sight walking toward him. Iron Eyes moved like a puma,
never wasting an ounce of energy in anything he did. The clerk had
never seen anyone as tall or thin as this man was. He had never
seen a man with hair quite so long or matted before. He had never
seen a face so marked by life, so tortured by time.

He had never seen Iron Eyes
until this moment. It was a vision which would never fade from the
man
’s
memory, however long he lived. Nobody who ever set eyes upon the
bounty hunter ever forgot him. He remained carved into their
darkest nightmares.

The clerk nodded nervously
and placed a key onto the ledger.

‘
Room
forty-five. Would you care to sign the register?’

Iron Eyes picked up the key
with his thin, bony hand and stared at it before looking down at
the man. For a brief moment, the clerk could see the small bullet
hole on the edge of the ear beneath the limp, black
hair.

The clerk dipped the pen
into the inkwell and scribbled the name as his attention was drawn
to the pair of Navy Colts tucked into the wide belt tied around the
thin waist beneath the long coat. Two lethal guns which seemed to
be waiting for action at the slightest provocation.

A Donkey in the Meadow by Derek Tangye
No One Left to Tell by Jordan Dane
The Drums of Fu-Manchu by Sax Rohmer
Come to Me by Megan Derr
Mammon by J. B. Thomas
The Conspiracy by Paul Nizan
RISE - Part Three (The RISE Series Book 3) by Deborah Bladon
Nightjack by Tom Piccirilli
El Capitán Tormenta by Emilio Salgari
Stanley Kubrick's A clockwork orange: based on the novel by Anthony Burgess by Stanley Kubrick; Anthony Burgess