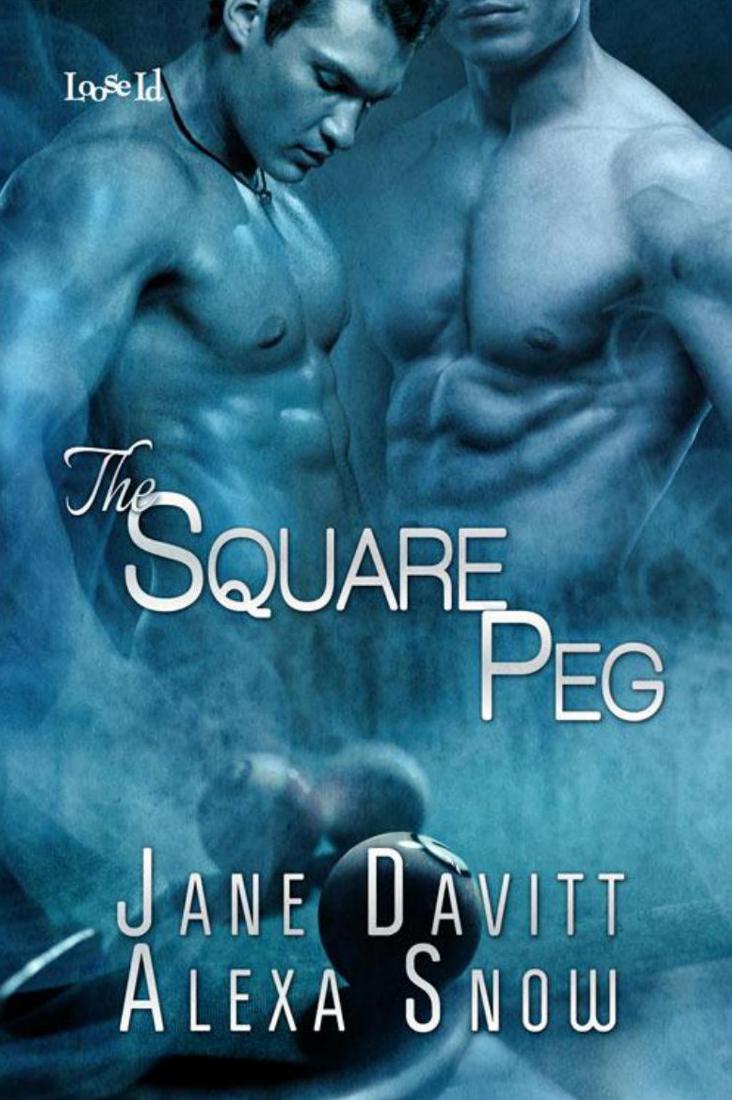 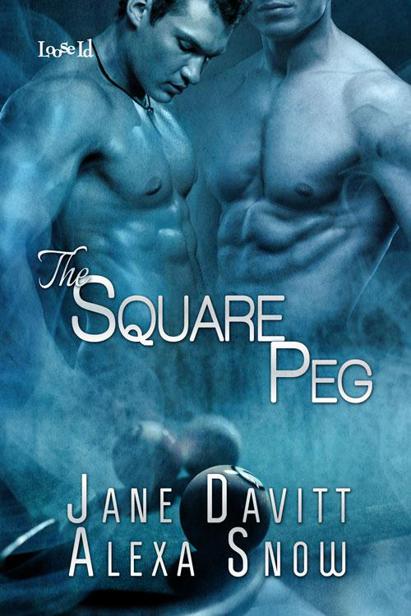 All rights reserved. This copy is intended for the original purchaser of this e-book

ONLY. No part of this e-book may be reproduced, scanned, or distributed in any

printed or electronic form without prior written permission from Loose Id LLC. Please

This e-book is a work of fiction. While reference might be made to actual historical

events or existing locations, the names, characters, places and incidents are either the

product of the author’s imagination or are used fictitiously, and any resemblance to

offensive to some readers. Loose Id LLC’s e-books are for sale to adults ONLY, as

defined by the laws of the country in which you made your purchase. Please store your

files wisely, where they cannot be accessed by under-aged readers.

DISCLAIMER: Please do not try any new sexual practice, especially those that might be

found in our BDSM/fetish titles without the guidance of an experienced practitioner.

Neither Loose Id LLC nor its authors will be responsible for any loss, harm, injury or

death resulting from use of the information contained in any of its titles.

The Square Peg looked dingy and rundown from the outside, but Ben told himself

that on a gloomy February day, with the sun hidden behind clouds and a brisk wind

flinging trash along the sidewalks, most places wouldn’t look their best.

window, advertising a Pride parade that had taken place two years earlier, or the way

been made by a fist.

Fair-sized parking lot behind it, though, and a cab company on the corner, close

enough for even the drunkest customer to stagger to safely.

Potential, he told himself as he finally got the handle to work and opened the

Which was more than he could say for his love life or his job, but he wasn’t going

to think about either of those. Jenson had finally collected the last of his belongings two

days ago. They’d been stacked neatly in a box by Ben, who’d methodically searched

their apartment for any item to which Jenson could legitimately lay claim. He had

the sight of a memento from a vacation or a forgotten T-shirt.

Work, well, his job was the same as it’d ever been. Which was, according to

“You add up numbers all day, and you’re starting to look like one. A big fat zero.

Zero personality, zero fun, zero— Oh, what’s the use? It’s over. Find yourself an

accountant like you to fuck, and get each other off quoting statistics. And when you

forget his birthday, apologize by telling him the percentage of men who do that, and

I’m sure he’ll forgive you.”

“Jesus, my father had just died, and you hate celebrating your birthday.”

“It doesn’t mean you’re allowed to forget it!”

Not the first argument they’d had, but it’d ended up being their last.

The carpeted area just inside the door was an indeterminate color, and it was

sticky, forcing Ben to work to peel his shoes off it. The scuffed wooden floor beyond it

wasn’t much better. Didn’t anyone ever mop up the spilled drinks?

he came to. Ambiance was one thing, but customers needed to see what they were

drinking. A half-empty glass on a table caught his eye. There seemed to be something

floating in it. He peered at it as he walked past. A lemon slice, limp and raggedly cut,

paper-thin at one end, thick at the other. Which meant the slice next to it had been

Lemons were about fifty cents each. Assume the bar used ten a day… Ben shook

his head. No, somewhere like this wouldn’t get through that many. Even so, not paying

attention to the details was what sent many a business under. A wasted lemon slice

didn’t sound like much, but Ben could spot a red flag even in this poorly lit a room.

Sitting on a stool behind the long, laminate-topped bar—where the lighting was

decent, at least, but it would have to be, or the bartender wouldn’t be able to see what

he was doing—was a young man so pale he probably needed vitamin D supplements.

He was leafing through a thin local newspaper, a bored look on his face. At the end of

the bar, two men and a woman were talking quietly, and in the corner underneath a

dart board that had seen better days, four men sat at a round table having what

The place wasn’t empty, but no one could call it busy either.

Ben approached the bar, and the young bartender looked up from his paper,

showing some faint signs of animation as he was faced with a customer. “Hi. What can I

“Actually, I’m looking for the manager,” Ben told him. “Shane Brant? Is he here?”

The bartender nodded, and a lock of his straight blacker-than-black hair fell in

front of his eyes. “In the office,” he said, gesturing at a door in the wall behind the bar.

through. Still, he was surprised at how easily he’d been allowed to walk into the private

section of the bar. Maybe he looked so safe and respectable he didn’t qualify as a

There was another young man behind the bar, crouched, counting bottles and

making notes on a piece of paper. He was blond, pure twink, with eyes green enough

that he had to be wearing tinted contacts. He gave Ben a flirtatious wink that didn’t

seem sincere and a curious once-over that did.

“He’s not interested,” the bartender said, rolling his eyes and saving Ben from

coming up with a response. “Get back to the inventory.”

Patrick pouted but did as he was told. Ben cleared his throat and walked through

Inside the room was a massive desk that had to weigh five hundred pounds. A

man sat with his back to the doorway, studying a clipboard in his hands. As Ben

watched, he made a notation, then turned. “Vincent, do you think—” He stopped when

he saw Ben wasn’t Vincent. “Can I help you with something, mate?”

“That depends,” Ben told him. From indifference to wary suspicion in the space of

a minute. Neither attitude was what he’d expected. “Are you Shane Brant?”

The man was mid-thirties, his hair cropped so close to his head it was difficult to

expression were both off-putting and reassuring. The man exuded intimidation without

trying, but there was no anger or dislike in his appraising stare. A good man to have at

your back and a bad enemy, Ben decided. He felt better once he’d slotted Shane into a

“Benedict Lozier. You’ve probably been wondering when I’d show up.”

Shane scratched his nose. “Haven’t been able to sleep worrying about it. Thank

God you’re here now.” He had an English accent, not strong enough for Ben, whose

secret vice was British TV shows, to be able to narrow it down to a region. But it was

He was being sarcastic, Ben thought. Once he’d thought it, his brain took hold and

circled it around for much longer than it should have, leaving him standing there

“That I did. Better than you, or at least that’s the impression I got.” Shane set his

clipboard on the desk. “Correct me if I’m wrong.”

“No. Not wrong.” Ben sighed and looked around the room. It contained a

haphazard collection of horizontal surfaces on which other things were stacked, often

“Is there something in particular I can do for you, Benedict?” Shane tilted his head

“I thought we should talk,” Ben said.

“And so we are.” Shane blinked patiently.

“The bar,” Shane corrected him. “The bar I’ve managed for six years, working my

backside off to keep it open and out of the red. The bar you’ve inherited as a reward

for—what was it again? Oh yeah. Being the son of the owner. Would you even have

recognized your dad if you’d passed him in the street?”

No. Probably not. Ben had been a toddler when Jenna, his mother, had given

Craig—Ben couldn’t think of him as
Dad
—an ultimatum: stop using or get out. Craig

Lozier had always taken the easiest choice, innate laziness guiding him instead of any

sense of responsibility toward his wife and young son.

told him over the years.

“I inherited half,” he said, the need for accuracy prompting the correction. That

was another habit of his that had irritated Jenson. And he tried to restrain himself when

Irresistible Magic by Deanna Chase
In the Bedroom with the Rope: Tied in Knots by McCormick, Jenna
Magic by Danielle Steel
Wings in the Night by Robert E. Howard
Touched by Lilly Wilde
Kindred Spirits by Phoebe Rivers
Take Me in the Dark by Ashe, Karina
The Closer by Mariano Rivera
Love All Out - Part 4 (A Stepbrother Romance) by Ward, Alice
Rebel Spirits by Ruby, Lois