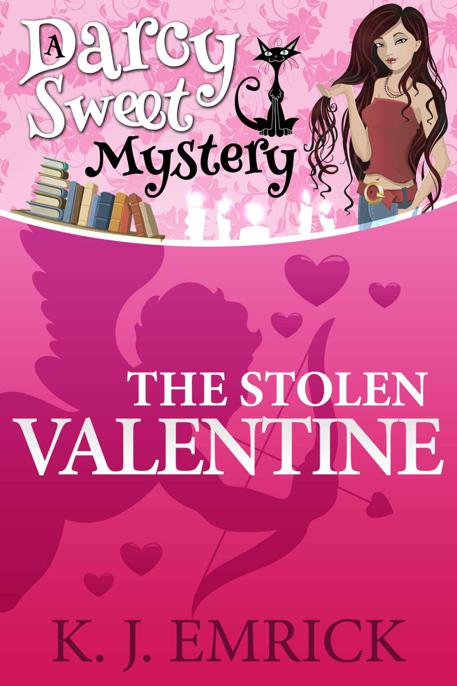 This is a work of fiction. The characters, incidents and locations portrayed in this book and the names herein are fictitious.  Any similarity to or identification

with the locations, names, characters or history of any person, product or entity is entirely coincidental and unintentional.

All rights reserved. No part of this publication may be reproduced or transmitted in any form or by any means, electronic or mechanical, including photocopy, recording, or any information storage or retrieval system, without permission in writing from the publisher.

No responsibility or liability is assumed by the Publisher for any injury, damage or  financial loss sustained to persons or property from the use of this information, personal or otherwise, either directly or indirectly.  While every effort has been made to ensure reliability and accuracy of the information within, all liability, negligence or otherwise, from any use, misuse or abuse of the operation of any methods, strategies, instructions or ideas contained in the material herein, is the sole responsibility of the reader. Any copyrights not held by publisher are owned by their respective authors.

All information is generalized, presented for informational purposes only and presented "as is" without warranty or guarantee of any kind.

All trademarks and brands referred to in this book are for illustrative purposes only, are the property of their respective owners and not affiliated with this publication in any way. Any trademarks are being used without permission, and the publication of the trademark is not authorized by, associated with or sponsored by the trademark owner.

Darcy Sweet folded another piece of tape against the back of the big red heart she had cut out of construction paper and decorated with scrapbooking lace.  She positioned it just right on the end of one of the metal bookracks in her store, the Sweet Read Bookstore.  It was the final touch among all the other Valentine’s Day hearts, cupids and roses.  When it was in place she stood back to admire her work.

“I think it needs more streamers,” Sue teased her.  Sue Fisher, Darcy’s young and enthusiastic assistant, tapped a finger against her lips.  “Yes.  And maybe some more roses.  There has to be some left in Misty Hollow somewhere.”

“Very funny,” Darcy told her, sticking her tongue out.  She did a slow circle in the middle of the store, checking out the decorations that hung from the ceiling or were propped up on the tables in the reading corner or just stuck on the walls and windows.  “I think it looks good.  Have you ever seen a better looking Valentine’s Day display?”

Darcy wondered what was eating at Sue.  Come to think of it the girl had been a bit distracted all morning.  “Um, Sue?  What’s up?”

At first she thought Sue wasn’t going to answer her.  She kept her head down over the magazine she’d been leafing through half-heartedly all morning.  Darcy was just about to let it go when Sue suddenly dropped her hands to her lap and smiled in a sheepish kind of way.

“Well, that’s good isn’t it?” Darcy asked.  Sue had finally broken up with her on again, off again boyfriend Randy just before Christmas.  Darcy had never really cared for the guy anyway.  Sue had never seemed happy with him.  Now with a new guy, and at Valentine’s Day no less, maybe Sue could be happy again.

Sue’s smile got bigger.  “Oh yes Darcy, he’s the most wonderful guy.  It’s only been a few weeks and already I just can’t stop thinking about him.  He could be, you know, the one,” she said, her fingers making air quotes to show how serious she was.  “His name is Zachary Kendell.  I met him at college.  Same courses.  Same taste in music.  He even likes mustard on his hamburgers.  Can you believe it?”

Darcy couldn’t help but smile back at her.  “Yes.  I can believe it.  It’s the season of love after all.”

“Oh, well, now, I wouldn’t use the big L word just yet,” Sue said, but even as the words were coming out her cheeks were coloring red.  “Anyway, with winter break and all, he promised to come visit me here.  Maybe you’ll get a chance to meet him.”

Darcy could see Sue really had strong feelings for this Zach.  Not that it surprised her.  Darcy had fallen for her boyfriend, Jon Tinker, within days of meeting him.  They’d taken the big step now of moving in together.  She’d never been happier than she was waking up next to him each and every morning.

“So, yeah,” Sue continued.  “Things are going really well with us.  I’m just kind of worried, you know?”

Sue grimaced and then sighed.  “I’m worried about Valentine’s Day.”  As Darcy scrunched her face up in confusion, Sue quickly explained, “I’m worried that it’s going to put too much pressure on him.  You know how guys are.  I don’t want Zach trying to go over the top or stressing that I won’t be happy with whatever he does.  I don’t want him to think I expect some big gesture.”

Darcy thought about it.  “Can I give you some advice?”

Sue practically beamed at her.  “Oh Darcy, I’ve been waiting all morning to ask you!  You’re the perfect person to give me advice.  You and Jon are like the most loving couple I know.  Tell me.  What are the two of you doing for Valentine’s Day?”

Darcy bit her lip and kind of rolled her eyes as she sat down in the chair next to Sue’s.  “I have no idea.  I keep trying to get hints from Jon but he won’t tell me anything.”

“Or maybe he doesn’t have anything yet,” Sue said.

Darcy giggled.  “He better have something or I’ll make him sleep on the couch for a month!”  The two girls laughed together.  “No, really.  I don’t care what he does.  I just want it to be from the heart.  Anything he does that he really means will be fine for me.”

“Is that your big advice?” Sue asked, a little disappointed.

“Yup, that’s it.  That’s what you need to do with your new guy.  Find something to give him from the heart, and let him know that’s all you want from him in return.  Expensive doesn’t make something special.  Love does.”

She felt foolish, talking like this about her and Jon and love and all.  She chalked it up to Valentine’s Day being next week.  Love was in the air.  It was in her thoughts, too.  Turning the antique ring around her finger like she did when she was nervous or distracted, she realized that Sue was still staring at her.  She shrugged her shoulders.  “I just wish I knew what I could get Jon.”

“You should take Jon to the dance in the square on Valentine’s Day,” Sue suggested with a smile.  “You know.  A man, a woman, music, dancing.  And…whatever.”  She winked at Darcy when she said it.

Darcy knew Jon was something special in her life.  They had gone through a lot together, what with his being a police officer and her special gift.  It had taken a little while but he accepted who she was now, all of her, and she loved him all the more for it.

Of course, there were the mysteries and murders that had swirled through their quiet little town over the last year or so, too.  Hard to forget those.

To Sue, she said, “Dancing?  That sounds like fun.  Jon is not such a great dancer when you put him on the spot, but at home, every once in a while he’ll take me by my hand when we’re alone and the radio is playing some silly song, and we’ll just dance around the kitchen forever.”

“See?  That’s what I’m talking about.  That’s the kind of romance I want to find with someone.  Guys are just jerks, that’s what I think.”

Darcy looked at her out of the corner of her eye.  “What about Zach?  Is your new guy a jerk?”

Darcy got up and went to fiddle with straightening the books in their stacks.  “Well, I already volunteered to help plan and decorate the town square for the dance.  I’ll ask Jon if he wants to take me there for Valentine’s Day.”

“Shouldn’t he ask you?” Sue suggested.

“Sure.  But here’s my other bit of advice.  Don’t wait for the guy to ask you to do things, if there’s something you really want to do.  We aren’t kids anymore, and love takes two people.”

Sue nodded, looking for all the world like she was taking notes in her head from everything Darcy was saying.

Pulling back her long dark hair from her shoulders, Darcy looked around the empty store.  Business had dropped off during the last two weeks, but it was sure to pick up for Valentine’s Day.  Either people were buying books for loved ones or people buying books about how to meet people
.
Or even
the older ladies coming in to buy romance novels
,
who like to
live vicariously through the dashing deeds of fictional men and women living in perfect worlds.

Darcy’s life had been anything but perfect, but she wouldn’t trade it for anything.  She wouldn’t give up her friends here in Misty Hollow or her incredible boyfriend Jon or even being the owner of her Great Aunt Millie’s bookstore.

Just as she was thinking that, all of the streamers hanging from the ceiling fluttered to the floor in a messy heap.

Darcy shook her head, hearing faint musical laughter that seemed to come from all around her.  Departed, but not forgotten, Great Aunt Millie could be a real handful when she wanted to.  Sometimes, she wished she could be the owner of a store that wasn’t haunted by the former owner.  “Oh for Pete’s sake, settle down, Millie,” she whispered.

The laughing faded away.  Sue sighed heavily and pushed her magazine aside.  “I’ll get more tape,” she said.

Darcy turned the sign on the door from “OPEN a good book today” to “CLOSED, THE END” and pulled the door tightly shut behind her.  She’d had a few sales today and tomorrow a shipment of books was due in for their Valentine’s Day display, and even Great Aunt Millie had settled down after her one act of mischief.  All in all, it had been a good day.

As she was locking up, she thought about how she would soon be able to ride her bike to work once again.  Small patches of snow still spotted the streets and lawns around her from the freak storm they’d had just three days ago, but the weather looked like it was starting to fine up a bit.  February and March were traditionally mild months in Misty Hollow.  No reason to think this year would be any different.

It was still really cold right now, though, and as she headed over to the Bean There Bakery and Café on foot she huddled deep into her warm winter coat, the white one with the fake fur ruff around the hood.  Jon had given it to her as a belated Christmas gift.  Or, so he said.  Sometimes she thought he just liked to spend money on her.  Not that she minded.  As long as he didn’t go overboard.  She was just a simple country girl, after all.

She laughed at her joke, knowing full well there was nothing simple about her life.  “Darcy Sweet,” she thought to herself, “you are a complicated woman with a full life.  Just accept it.”

She pushed the door to the café open and could see her friend Helen Nelson working behind the counter.  Helen was the owner of the café but she had also become the mayor of Misty Hollow after the previous mayor, her husband, had been arrested.  That had been when Darcy and Jon had first met.  What a way to start a relationship.