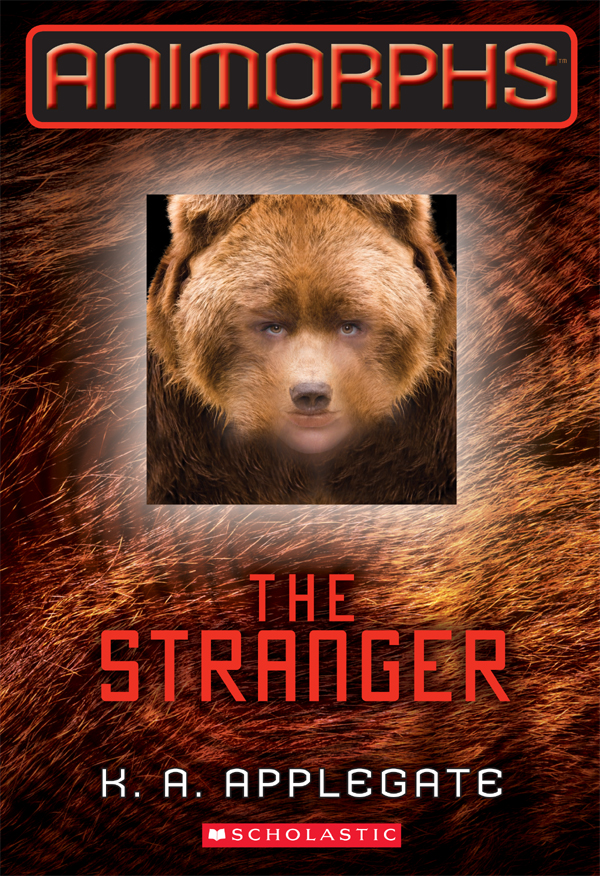 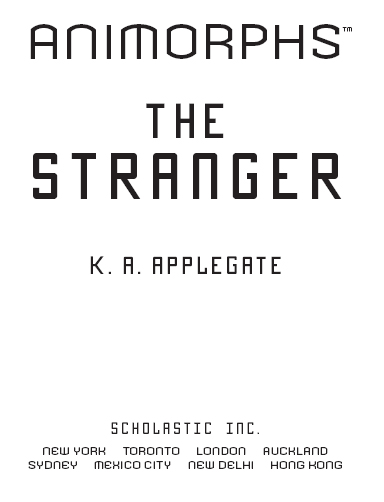 But I need to stay alive. And if the Yeerks knew who I was, I would be dead.

The Yeerks are here. That's what you need to know.

People look up at the stars at night and wonder what it would be like if creatures from another planet ever landed on Earth.

Well, you can stop wondering. It's happened.

The Yeerks are parasites. They live in the brains of other species â humans, for example. They turn human beings into mindless slaves â Human-Controllers.

So when I say that the aliens are here, don't go looking around for some cute little thing like E.T. You won't see the Yeerks. They are parasitic worms, evil gray slugs that live in the heads of humans.

They can be in anyone. Your best friend. Your favorite teacher. The mayor of your town. Your brother. Sister. Mother. Father.

So I won't tell you my last name. Or where I live. But I will tell you the truth. The truth that only the Animorphs know.

Animorph. Animal morpher. A human capable of becoming any animal. It's our one weapon against the Yeerks. Our only power. Without it, we're just five regular kids.

But with that power comes certain extra responsibilities â¦ as I was trying to explain to my best friend, Cassie.

It was a Sunday night. It was late. The circus had finished its last show. Their trailers and tents were clustered around the back side of the big City Arena. The Arena is a place where they hold rock concerts and ice shows and play basketball games. And where they have circuses.

“Of course it does, Rachel,” Cassie said. “I don't even like circuses.”

“I don't, either. But my dad had tickets, and it was our big once-every-other-week, father-and-daughters thing. I had to come.”

My dad had taken my sisters and me to see the circus earlier in the evening. See, my mom and dad are divorced, so my dad does these little outings where we all get together every second weekend. Sometimes it's just me and my dad. Like when we go hiking together, or go to ball games, or gymnastics events. Those are all things my dad and I like, but Jordan and Sara, my sisters, don't.

My little sisters loved the circus, but it's not my kind of thing. I guess I'm too old. That's why I dragged Cassie along. So I'd have someone to talk to when my sisters were getting all excited over the clowns and stuff.

Still, it was an opportunity to spend time with my dad, which I enjoy. I don't get to see him as much as I wish I could. Everyone always says how much I'm like him. How he's kind of reckless, and so am I. He always seems so sure of himself, and I guess people think I'm that way, too. We're even both into gymnastics. My dad almost made the U.S. Olympic team when he was younger.

Of course, I've never told my father about my other life. I couldn't. But I wish I could. He would worry about me and all, but he would also think it was cool. My dad is very big on standing up for what's right. I think he would admire what I do. That would be nice, feeling like my dad admired me.

There wasn't much activity in the little tent-and-trailer city outside the Arena. I could hear dogs barking. I could hear raucous laughter coming from a brightly painted trailer. I could smell the usual circus smells â manure, hay, beer, cotton candy.

There were security guards around the perimeter of the area, but I wasn't worried about them. I've gone one-on-one with Hork-Bajir warriors. After you've fought one of those seven-foot-tall walking razor blades, regular old humans don't scare you much.

Cassie and I walked silently past the tiger cage. The three big cats just stared blankly. It was night. They wanted to be in the jungle. Instead they were in a too-small cage, trapped in a nightmare invented by humans.

Then I saw the elephant pen. There was a sturdy fence around four big Asian elephants. They were a little different from the African elephant I knew so well. But they were elephants, just the same.

I have sort of a special relationship with elephants.

Cassie and I had come to the elephant pen before the circus and seen the way their trainer treated them. He had used a cattle prod on them. It's a stick with a massive electrical shock. He used it to control the animals.

Later, during the show, he'd put on a big act of loving his elephants. But I'd seen the cattle prod. I just sat there, doing a slow boil all through the show. I knew I was going to have to take some action.

The elephant trainer's name was Josep something. Something hard to pronounce.

Well. He didn't know it yet, but Mr. Josep Something was about to have an eye-opening experience.

“See anyone around?” I asked Cassie.

“You know, Jake is going to read you the riot act over this,” Cassie warned.

I laughed. “âRead the riot act?' That's like something my mother would say. What does it even mean?”

Cassie shrugged and smiled her shy smile. “I don't know. My dad says it all the time. I was trying to sound responsible and mature and parental.”

Cassie sighed. “Why did I let you talk me into
this
?”

“Because you know I'm right.”

“Me? Ms. Peace, Love, and Understanding? He'd just better not show up carrying that cattle prod, or I swear, I'll â”

I noticed Cassie had stopped walking. She was giving me her sorrowful look. Like she was ashamed of me.

I cringed. “Okay, okay. I'll just
talk
to the guy. Turn off the look. I hate that look. You're going to be a really good mother someday, with a look like that.”

I found the gate in the elephant pen and opened it. I slipped inside while Cassie retreated into the shadows to watch my back. I moved slowly, not making any threatening moves that might alarm the elephants.

Elephants may be gentle, but they
are
big.

You don't want to be in the middle of four upset elephants.

I went to a far, dark corner of the pen and began the familiar ritual of focusing my mind. I concentrated on the elephant.
My
elephant. The elephant whose DNA was a part of me.

And then I began to change.

P
eople say I'm pretty. I don't know and I really don't care. But I'll tell you one thing â no one who has ever seen me morph into an elephant ever used the word
pretty
to describe it.

I felt the thickening of my legs and arms.

I watched as my skin grew leathery and gray as mud.

I felt the sudden sprouting of my trunk as my nose and upper lip seemed to explode outward.

I felt the teeth in the front of my mouth run together, and then begin to grow and grow into long, spear-length tusks. It's a creepy sensation, by the way. Not painful, but definitely creepy.

I was growing big. More than big. I was gaining several thousand pounds.

I was about twelve or thirteen feet tall. I had ears like beach blankets. I had a little, ropy tail. I was a full-grown African elephant, and I was ready to have a little, um, talk with Mr. Josep Something.

I threw up my trunk and let go of a trumpet blast. It was the sound of a very angry elephant.

“You could have warned me,” I heard Cassie whisper. “I almost wet myself over here.”

It took about three minutes before the trainer came rushing into the pen. In the dark, all he saw were the gray shapes of his elephants. I wasn't exactly hiding, because, let's face it, when you're an elephant, you can't scrunch up and look small. But I was staying back until he was all the way inside the pen.

I lunged forward, pushing two of the other elephants aside.

In a sudden, fluid movement, as he stared in puzzlement, I wrapped my trunk around his waist.

Here's the thing about elephant trunks: They are so subtle that I can pick up an egg with my trunk and never crack it. Or I can pick up a tree and throw it across the yard.

Josep Something knew this.

I wrapped my trunk tightly around his waist and then I lifted him up off the ground. His feet kicked helplessly in the air. His arms pounded weakly on my trunk.

I lifted him up till he was at my eye level.

“This is crazy! This is
crazy
! What are you? Is this some sort of a joke?”

So I squeezed him a little tighter. Just enough so he couldn't really breathe very well.

This man was just not getting the message. So I extended my trunk a little and held him right over the tip of my left tusk. Like a worm about to be placed on a fishing hook.

Now
are you going to listen to me?>

ever
hurt an elephant again â¦ ever â¦ I'll come back for you. And I will squeeze you till you pop like an over-cooked hot dog. Do you understand me?>

He landed safely atop a tent. About, oh, twenty feet away.