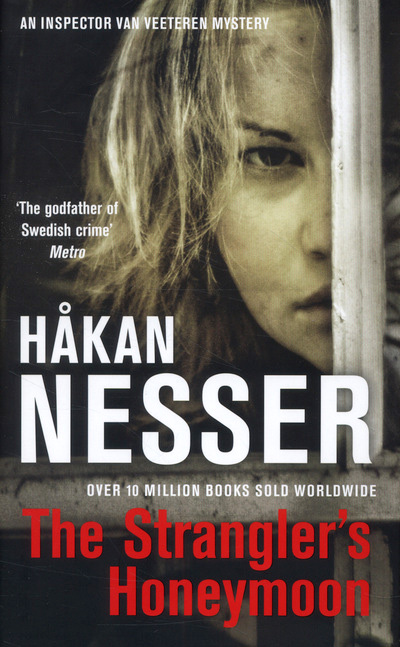 Killing a human being takes a minute at most.

‘In the next life I want to be an olive tree.’

She gestured vaguely towards the hills where dusk was falling fast.

‘It can live for several hundred years, according to what I’ve read. That sounds pretty reassuring, don’t you think?’

Afterwards, he would occasionally recall that these were her last words. That comment about olive trees and reassurance. It was remarkable. As if she was taking something big and sublime with her to the other side. An inspiration, a trace of some kind of insight that she didn’t really possess.

At the same time, of course, it seemed to him a little odd that she should make such a general – and actually rather meaningless – comment, immediately after those terrible words that had sealed her fate so definitively. Which ended her life and gave their relationship its final destiny.

I love somebody else.

Needless to say, it never occurred to her that things would develop the way they did. That what happened next was the only way out – not until the very last seconds, presumably – but in a way it was typical, both of her naivety and of their relationship in general. It had frequently happened that she didn’t grasp the full significance of things until it was too late. At a stage when it was pointless trying to put things right, and when all that could be said – absolutely everything – had already been said. When the only possibility available was decisive action. He had thought about that before.

‘I’ve made up my mind. I know I’m hurting you, but we must go our separate ways from now on. I love somebody else.’

He didn’t answer. Had she expected him to answer?

It wasn’t actually a question she had asked. Merely a statement. A fait accompli. What the hell could he have answered?

The balcony was not large. Six to eight square metres. A little white table with two chairs that looked exactly like all other plastic chairs and all other plastic tables in every part of the world. The same applied to the hotel. Only two floors, no dining room – hardly even a reception. They had booked the holiday at the last minute and hadn’t bothered to pick and choose.

Olympos. Just a few minutes’ walk up from the beach, the landlady had a moustache and it had about a dozen rooms, probably fewer.

Their colourful patterned beach towels were folded over the balcony rail to dry. They each had a glass of ouzo and were sitting within half a metre of each other; she had just had a shower, was suntanned and radiant after a whole afternoon on the beach.

A whiff of thyme from the hills formed an unholy alliance with the stench of low-octane petrol wafting up from the main road. And that was more or less it.

That and those words. A note suddenly began to resound in his head.

Faint and difficult to pin down, but somehow persistent. It can be heard like the trickling of a little rivulet babbling through the sound of the cicadas churring drowsily after a hot day. They sound like several hundreds, but there are probably no more than two or three of them. He stands up. Knocks back the rest of the ouzo in one swig, takes a few deep breaths.

Stands behind her; moves her hair to one side, places his hands on her naked shoulders.

She stiffens. She becomes more tense, almost imperceptibly, just a few muscles – but he notices it immediately. The tips of his fingers on her warm skin are as sensitive as tiny seismographs. He feels his way along the sharp edges of her collarbones. Feels her heart beating. She says nothing. Her left hand lets go of the wine glass on the table. Then she sits there, still. As if she were waiting.

He moves his hands in towards her neck. Notices that he has an erection.

A motorcycle with a very badly damaged silencer clatters past in the street down below. His blood starts racing through his veins, both in his hands and down below in his genitals.

At first her struggles are like a sort of orgasm, he registers this similarity even while it is taking place. An orgasm? he thinks. Her body is arched from the soles of her bare feet on the balcony floor to his hands around her throat. The plastic chair overturns, her left hand hits the ouzo glass, which falls over backwards and lands on one of his flip-flops, rolls over a few times but doesn’t break. She grabs hold of his wrists, her thin fingers squeeze so hard that her knuckles turn white, but he is stronger. Very much stronger. The motorcycle clatters up the narrow asphalt path between the olive groves – it has evidently turned off the main road. He squeezes even harder, the note inside his head is still resounding, he still has an erection.

It takes no longer than forty to fifty seconds, but those seconds seem never-ending. He doesn’t think of anything in particular and when her body suddenly goes limp, he shifts his grip but maintains the pressure, goes down onto his knees and bends over her from in front. Her eyes are wide open, the edges of her contact lenses are clearly visible, her tongue is protruding slightly between her even, white teeth. He wonders fleetingly what to do with the present he has bought for her birthday. The African wooden statuette he found in the market in Argostoli that morning. An antelope leaping. Perhaps he can keep it for himself.

Or maybe he’ll throw it away.

He also wonders how he will spend the remaining days of the holiday as he slowly relaxes his grip and straightens his back. Her short dress has ridden up and revealed her extremely skimpy white panties. He contemplates her dark triangle that can be seen through the thin cotton, strokes it a few times and is aware of his steel-hard penis.

He stands up. Goes to the bathroom and masturbates. In so far as he feels anything at all afterwards, it feels odd.

While waiting for the right moment, he lies down on his bed in the darkness of the hotel room, and smokes.

Smokes and thinks about his mother. About her undeniable gentleness, and the strange, empty feeling of freedom she left behind.
His
freedom. After her death last winter he no longer feels her eyes staring at his back all the time. There is no longer anybody who sees him exactly as he is, in every respect; nobody who rings once a week to hear how he is.

Nobody to send holiday postcards to, nobody to keep reporting to.

As long as she was alive, what he had just done would have been inconceivable, he was certain of that. Not in the way it had happened, at least. But now that the blood-relationship had been severed, quite a lot of things had become easier. For better or worse. It simply happened.

Better but also rather pointless. His personality no longer seemed to have any real substance, no backbone. That was a conclusion he kept coming back to over and over again during the past six months. Often. Life had suddenly lost its
raison d’être
. And now here he was, lying on a hotel bed on a Greek island just like any other, smoking and seeing her gentle but also stern face in his mind’s eye, while his wife lies dead on the balcony, going cold. He has moved her closer to the wall and placed a blanket over her, and he can’t really make up his mind whether or not his mother in some mysterious way – in some totally incomprehensible sense – knows what has really happened this evening. Despite everything.

He is a little annoyed at not being able to answer this question satisfactorily – nor how she would have reacted to what he has just done this hot Mediterranean evening: and after his tenth or possibly his eleventh cigarette he gets up. It is only half past midnight: night life in the bars and discotheques is still as vibrant as ever – there is no question of getting rid of the body just yet. Not by a long way. He goes out onto the balcony and stands for a while, his hands on the rail, wondering what he should do. It is not easy to lug a dead body out of a hotel without being seen – even if the place is off the beaten track, even if it is dark outside: but he is used to taking on difficult tasks. He often finds the difficulty stimulating, it makes his heart beat that bit faster and supplies some of that
raison d’être
. It is no doubt thanks to that aspect of his character that he has progressed as far in his career as he has. He has often thought about that before, it is a recurrent reflection of his. The challenge. The gamble. The
raison d’être
.

He inhales the fragrance from the olive groves, tries to experience it as if it were coming from the world’s first olive tree – or the world’s oldest – but he can’t manage it. Her last words get in the way, and the cigarettes have deadened his sense of smell considerably.

He goes back indoors, fetches the packet from the bedside table and lights another one. Then sits down on the white plastic chair on the balcony again, and thinks about the fact that they had been married for nearly eight years. That is a fifth of his life, and much longer than his mother predicted when he told her that he had found a woman with whom he was going to enter a serious relationship. Much more.

Even if she had never passed her opinion as explicitly as that.

When he has finished smoking this cigarette as well, he picks up his dead wife and carries her into the room. Lays her down at an angle over the double bed, takes off her T-shirt and panties, gets another erection but ignores it.

Lucky that she’s so light, he thinks. She weighs nothing at all.

He picks her up again and drapes her over his shoulders – as he will have to carry her eventually: he has only a vague idea of how rigor mortis works, and when he drops her back down onto the bed he leaves her lying in the U-shape she had assumed while hanging round the back of his head and over his powerful shoulders.

In case she starts stiffening up now.

Then he takes the tent out of the wardrobe – the lightweight nylon tent he had insisted they should take with them – and starts wrapping it round the corpse. He trusses it up, using all the loose nylon cords, and decides that it looks quite neat.

It could easily be a carpet or something of the sort.

But in fact it is his wife. Naked, dead, and neatly packed into a two-man tent, brand Exploor. There we have it, all neat and tidy.

He wakes up at half past two after dozing off briefly. The hotel seems to be fast asleep, but there are still rowdy noises from the nightclubs along the street and the promenade. He decides to wait for another hour.

Exactly sixty minutes. He drinks coffee to keep himself awake. The night seems to be an accomplice.

Summer in Sorrento by Melissa Hill
Theirs To Claim (Predatory Desires Book 1) by McKinley, Diana
Amor and Psycho: Stories by Carolyn Cooke
Solitary: A Novel by Travis Thrasher
The Corruption of Mila by Jenkins, J.F.
Dark Covenant (Living Covenant Trilogy Book 2) by Amanda M. Lee
Dirty Little Secrets by Erin Ashley Tanner
Nothing to Envy by Barbara Demick
The Secret Heiress by Judith Gould
Take a Gamble by Rachael Brownell