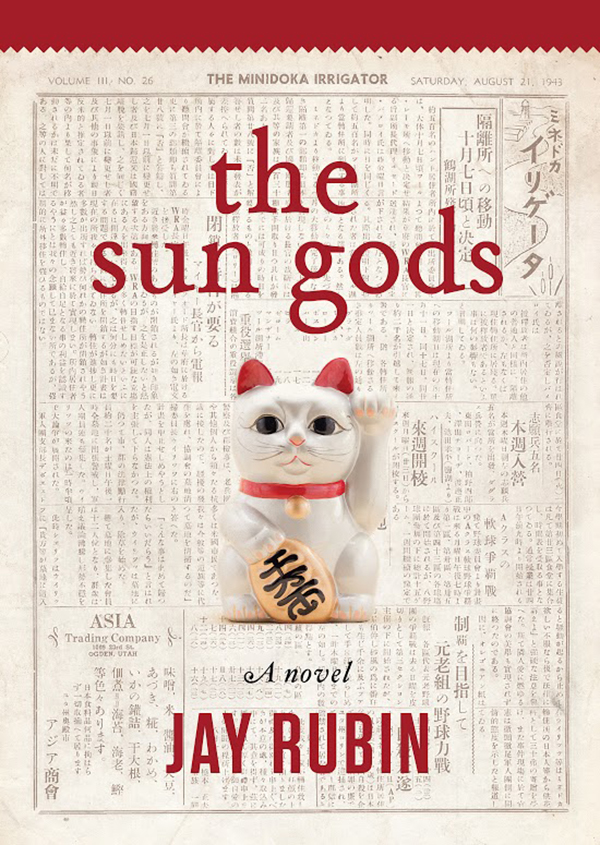 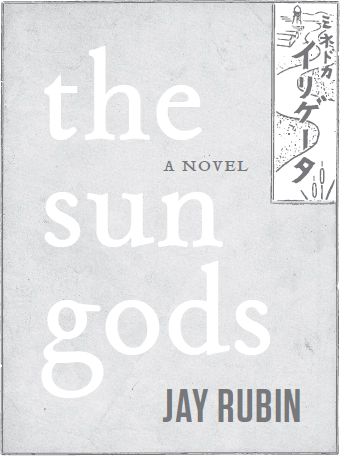 By Jay and Rakuko Rubin

PRINTED IN CANADA BY
Imprimerie Gauvin

AFTER ANOTHER TENSE SUPPER,
Bill slipped out to the garage and sat in his father's Chevrolet, shifting gears. Then he went up to his room. Instead of doing homework, he stared out the window, through the peeling madrona trees that lined the bluff and across Puget Sound. A few specks of light distinguished the shadowy mound of Bainbridge Island from the dark surrounding water. The jagged edge of the Olympic Mountains cut across a torn red sky. Above The Brothers' double peak, three bombers in formation descended southward toward Boeing Field. The thin cry of a seagull pierced the rumbling darkness.

The next morning it was cold and drizzlyâclassic Seattle weather. Bill wore his yellow poncho when he left for school. Bainbridge and the mountains were hidden behind a wall of fog. The wrinkled face of the Sound glowed silver-gray in the filtered morning light.

A dark green DeSoto was parked across the street at the edge of the bluff. With two short strips of chrome on the fender just behind the front wheel well, it had to be a '49. Four years old, the car looked brand new, its shiny skin covered with a fine layer of rain drops. Bill glanced back at it once or twice as he hurried down the street along the bluff. It was probably Mr. Elwyn's latest purchase. Their neighbor always bought nice used cars, and he knew how to take good care of them.

Bill stood at the curb, hoping that Jeff would drive by in his Ford before the bus arrived, but after a minute or two, the green DeSoto came cruising in his direction down Magnolia Boulevard. The car edged toward the curb and stopped directly in front of him. Through the foggy glass on the passenger side, he saw an arm reach across to crank down the window. Mr. Elwyn was going to offer him a ride.

Bill bent at the waist to peer inside, resting his hand against the door. But when the glass came down, he caught his breath.

The driver was a grim-looking Asian man in his early thirties. His dark, narrow eyes glared at him from beneath the brim of a brown felt hat. Neither the man nor Bill said a word.

They stayed like this for a long time. Bill hoped the man's anger was not meant for him, but he sensed that it was.

“Billy?” the man asked, as if demanding a confession. “Billy Morton?”

Bill nodded. Did he know this man?

“I â¦ wanted to see you â¦” The voice was deep and calm.

The eyes seemed to burn less fiercely now. Before Bill could speak, the man reached out again, and the glass began to rise. That was when Bill saw it: the man had no left arm. The sleeve of his beige raincoat was folded up and pinned at the shoulder. The rain-streaked glass came up, transforming the man into a ghost from another world.

The car turned sharply from the curb and sped away. A city bus pulled up to take its place. Bill stepped aboard, sliding into a window seat near the back. The bus lurched into traffic with a roar. Bill looked out across the Sound at the gray, rain-filled sky. A gull flew parallel with the bus, its beak wide open, but he could not hear its scream.