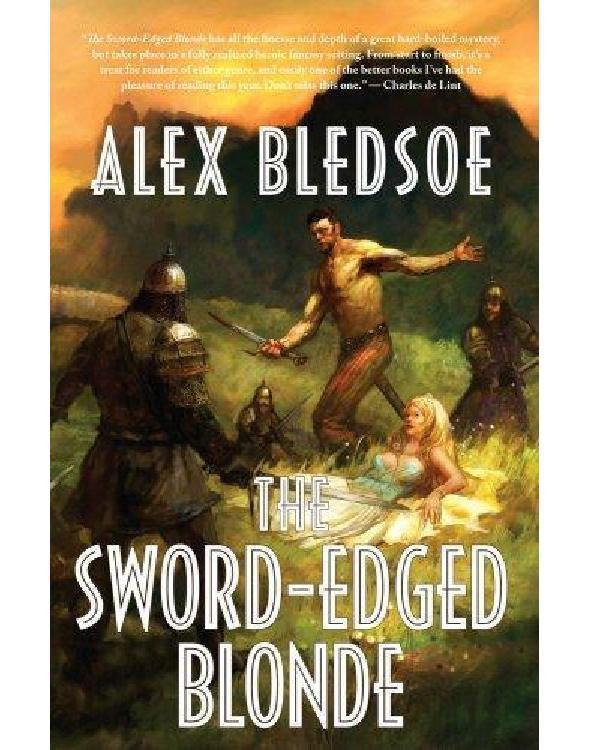 B
OOKS BY
A
LEX
B
LEDSOE

NOTE: If you purchased this book without a cover, you should be aware that this book is stolen property. It was reported as “unsold and destroyed” to the publisher, and neither the author nor the publisher has received any payment for this “stripped book.”

A long time ago in the swampy west end of Tennessee, an awkward teenage boy wanted to impress the hot new teacher and hoped this story would do it. He never got the nerve to show it to her then; he hopes she likes it now.

My wife, Valette, Jake, and Charlie

Marlene Stringer, the best and most patient agent

Jason (no Shatner!) Williams, the editor who got it

The past and present members of Moon’s Inkwell

S
pring came down hard that year. And I do mean hard, like the fist of some drunken pike poker with too much fury and not enough ale, whose wife just left him for some wandering minstrel and whose commanding officer absconded with his pay. The thunderstorms alone would be talked about for years, and the floods that followed erased whole towns along the Gusay River. Nature, as always, had the last word.

I worked in a small town in Muscodia back then, out of an office above a dockside tavern. Located on the Gusay midway between the capital city of Sevlow and the border town Pema, Neceda was a place you stopped when you weren’t in a hurry, for a drink, dinner or quick companionship. Only about three hundred people lived there, but at any one time the transients tended to double that population. The money that flowed into town didn’t stay there, though, so Neceda always looked rundown and disreputable. It was a good place for someone like me, a private sword jockey with a talent for discretion, to quietly ply his trade. Clients liked coming to a small town where they could pass unrecognized. Some days
were lucrative, most were not, but it all evened out at the end.

The flood and its aftermath had essentially shut Neceda down, and that had created a crisis of conscience among the population. Suddenly a bunch of bottom-feeding strangers had to act like an actual community, and it was amusing to watch people interact who normally wouldn’t: whores and moon priestesses did laundry together, blacksmiths and cardsharps repaired buildings, soldiers and beggars rounded up stray animals and children. I helped sandbag the tavern below, and we’d gotten off pretty light; except for the smell, there wasn’t much damage, which said more about the place than the flood. The river was now mostly back within its banks, and soon would subside enough for normal transportation to resume. Then Neceda would be back to its old rapacious self.

My “office” consisted of two rooms in the attic over the kitchen, one always open with a bench against the wall in case anyone decided they needed to wait. I kept the inner office locked, but there was really no reason for it; it merely gave an illusion of confidentiality, which on most days was enough.

That illusion was definitely enough for the well-worn emissary from King Felix of Balaton now seated across from me explaining his master’s needs. I wasn’t surprised that the king himself hadn’t come, but at first it amused me that he’d trusted this tired old man with something of, shall we say, such surpassing delicacy. Still, as he related the situation, I understood why he’d been chosen. The very thought of describing the way Princess Lila had gone off to be a girl-toy for a bunch of randy border raiders left him too embarrassed to
even meet my eyes. Any other man might’ve been too tempted to make bad jokes, but not this one. He’d been trusted with a job, and he was going to carry it out as best he could.

The Trouble With Flirting by Claire Lazebnik
Blood of Dragons by Robin Hobb
Experience the Impossible: Simple Ways to Unleash Heaven's Power on Earth by Bill Johnson
It Happened One Wedding by Julie James
Claiming Their Royal Mate: Part One by Andie Devaux
The Samantha Project by Stephanie Karpinske
Decoy by Dudley Pope
Fever Moon by Carolyn Haines
Wicked Charms by Janet Evanovich
The Sweet Life in Paris: Delicious Adventures in the World's Most Glorious - and Perplexing - City by Lebovitz, David