Read The Taste of Fear Online

The Taste of Fear 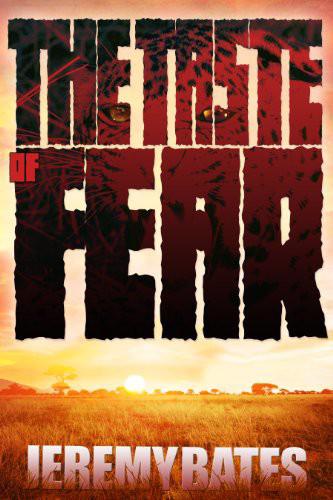 All rights reserved. No part of this book may be reproduced or transmitted in any form or by any means, electronic or mechanical, including photocopying, recording, or by any information storage and retrieval system, without the written consent of the publisher.

This is a work of fiction. Any resemblance to actual people, living or dead, is purely coincidental.

I have almost forgot the taste of fears.
The time has been my senses would have cool’d
To hear a night shriek, and my fell of hair
Would at a dismal treatise rouse and stir
As life were in’t. I have supp’d full with horrors;
Direness, familiar to my slaughterous thoughts,
Cannot once start me.”
—WILL—
Macbeth

For Alison,
my fiancée and best friend.

A number of people were involved in the publication of this novel, and I’d like to give a special thanks to my incredible editor, Kristin Princevalle, Amie McCracken, Joseph Gowen, Steven Novak, Don Gee, and Laurie Cook.

The assassin stared at the TV set in the hotel room, his face impassive.

“At least twenty-three people have been killed in the dual attacks on the American embassies in Nairobi and Dar es Salaam,” the suit-and-tie anchorman said.

He stood before a video image of the United States Embassy emblem. The ticker read: “Breaking News.”

“Our African correspondent, Sabastian Briers, has the latest from Dar es Salaam. Sebastian, good evening to you.”

The camera jumped to a somber-looking field reporter dressed in khaki pants and a white linen shirt. “Good evening, Cary. The attacks, which seem to have involved car or truck bombs, both occurred inside the periphery gates of the embassy compounds. There were, as I believe you said, twenty-three casualties so far counted. Eleven of those were here in Dar. Four are believed to have been the Marine Security Guards stationed at the front gate. Witnesses reported hearing a short burst of gunfire, followed by a loud blast, what was likely a grenade attack on the gatehouse. Then came a much louder explosion which could be heard miles away.”

The camera jumped again to shaky, low-resolution video footage of the embassy complex. It was crowded with emergency response teams. Billowing clouds of black smoke trailed into the air. The anchorman said in voiceover: “The images you’re seeing were captured on a cell phone immediately after the attack and played on a Gulf news channel. But this was not the first time attacks have been carried out on the American embassies in these countries. Exactly ten years ago two truck bombs exploded out front—”

The assassin flicked the channel.

“—various claims of responsibility have already begun to surface on
jihadist
websites from groups with Al Qaeda connections. One has threatened more attacks against American and British interests overseas. Despite recent efforts to suppress militant groups, today’s events are a grim reminder that cells are—”

“—though it hasn’t been confirmed by official sources yet, we have just gotten word American actress Scarlett Cox and her husband, American billionaire hotel tycoon Salvador Brazza, were among those kidnapped today in what appears to be a fresh Al Qaeda tactic. Sasha, what do you make of this new approach?”

“We can only speculate, Nicole. But if you remember the 1998 bombings, of the more than two hundred casualties, only twelve were American. Embassies nowadays—especially these two, which have just been recently rebuilt—are constructed to withstand bomb blasts. Consequently, the majority of those injured are people passing by on the street or workers in the adjacent buildings. So what we’re seeing here seems, as you said, like an entirely new plan of attack. An initial bomb to create as much destruction and confusion as possible before terrorists pour in to take hostages.”

“You got it. And you also have to remember there are literally hundreds of terrorist attacks around the globe every year. The media only covers the biggest ones intensively, and even those get old after a day or two. I mean, does anyone remember much about the attack on the American Embassy in Islamabad back in July? On the other hand, when there are hostages involved, the story is often covered until the situation is resolved, like we saw in Mumbai in September. So I think, yes, it is definitely a new strategy we’re seeing here. And whoever turns out to be responsible seems to have hit the jackpot. You couldn’t have asked for two more high-profile Americans short of the President and the First Lady themselves.”

“Unfortunately, I would have to agree. Thanks, Sasha. Coming up next, we’ll go live to our freelance correspondent, Kim Berkoff, who has information on what exactly Scarlett Cox and Salvador Brazza were doing in the Dar es Salaam embassy in the first place—”

The assassin snapped off the TV and remained sitting on the bed for a long while, thinking. His job, it seemed, had just become a hell of a lot more difficult.

If Scarlett Cox knew she would be careening down a forty-foot ravine in the next sixty seconds or so, she probably would have put on her seatbelt. As it was, she wasn’t clairvoyant, and she pushed the white Aston Martin Vantage up to fifty, fifteen over the limit. She knew she shouldn’t be speeding. She’d just passed the intersection with Mulholland Drive, and there were a lot of hairpin turns and potholes coming up. But she felt comfortable behind the wheel of the Vantage. The salesman had told her it was a front-mid-engine sports car, which meant the engine was positioned low behind the front axle, just before the cabin, dropping the car’s center of gravity and boosting the handling and traction. Besides, she’d just finished production on her latest film. She was feeling good, liberated. She eked the needle up to fifty-five.

Keeping one hand on the wheel, she used the other to turn down
Magic Carpet Ride
by Steppenwolf, which was playing on the radio, loud. Was there any other way to listen to music when the top was down? She scrounged around for her cell phone inside the handbag on the passenger seat. The salesman had also told her the Vantage had a Bluetooth thing that could sync her phone’s signal with the car’s voice recognition technology and speakers. That was all too Knight Rider for her, so she checked her voicemail the old-fashioned and illegal way: punching numbers in to the phone’s keypad. Three new messages. The first was from her hairstylist, confirming her appointment at two thirty.
Goodbye blonde, hello red,
Scarlett thought. The other two were from Gloria, her publicist, wanting to clarify details about the birthday party this evening. Number thirty. Christ, it seemed as though she’d just celebrated twenty-nine. She pressed End and tossed the phone back in the bag.

She swooped around a sharp bend and found herself closing quickly on a black pickup truck. She’d known her luck wasn’t going to last forever. Traffic on the stretch of Laurel Canyon Boulevard between San Fernando Valley and West Hollywood was sparse in the middle of the afternoon, but going fifty-five in a thirty-five zone, you were bound to run up someone’s tail sooner or later. She thought about passing the pickup, but only for a second. The road was divided by solid double yellow lines. She might speed when she could get away with it, but there were some things she didn’t mess with: pit bulls, blondes with chips on their shoulders—real blondes, which she was not—and double yellow lines.

The pickup was an old Chevy with a tall CB antenna poking up from the roof and white silhouettes of women in provocative poses on the mud flaps. The two stickers on the chrome bumper read: “My Other Car is a Hybrid” and “If You Can See My Mirrors Show Me Ya Tits!”

Scarlett slowed to forty, keeping one car length between them. Any closer and she’d likely catch an STD. Her thoughts turned to her husband, Sal, and she realized with apprehension that tonight would be the first time in over a month they would see each other. The time apart had been their marriage counselor’s idea. Said it would do them good. Give them perspective on their relationship. Admittedly, it had been good for them—at least it had been good for Scarlett. She still hadn’t forgiven Sal for what he’d done. But she’d believed him when he said he was committed to saving the marriage, and during their time apart she’d come to the conclusion she wanted to save it as well. They weren’t back to how it had been before, and they likely never would be, but they had gotten out of the mucky waters and were now schlepping their way up onto dry ground.

The Chevy’s brake lights flashed, tugging Scarlett’s wandering mind back to the road. She tapped her brakes and kept pace. Another flash. She frowned but didn’t slow. They were on a relatively straight stretch of road. Then a man’s stringy, tattooed arm extended from the driver’s window. His middle finger uncurled from the fist. Scarlett rolled her eyes. Nevertheless, she eased back to give the good ole boy his room.

Scarlett thought Bubba was playing another game when a large pothole appeared directly in front of her. No time to avoid it. The Vantage thumped up and down, jolting her in the seat and reawakening the migraine that for the past hour or so had settled to a low, dull throb she could almost ignore. She grimaced. Sometimes the migraines were mild and bearable. Sometimes they made her grind her teeth and rub her head while watching the minute hand on the clock do its rounds, as if that would somehow pass the time more quickly. And sometimes they made her feel as though a little gnome was riding a jackhammer through her skull and into her brain, grinning sadistically the entire time. Today had been one of those gnome-on-the-jackhammer days.