The Teacher's Tales of Terror 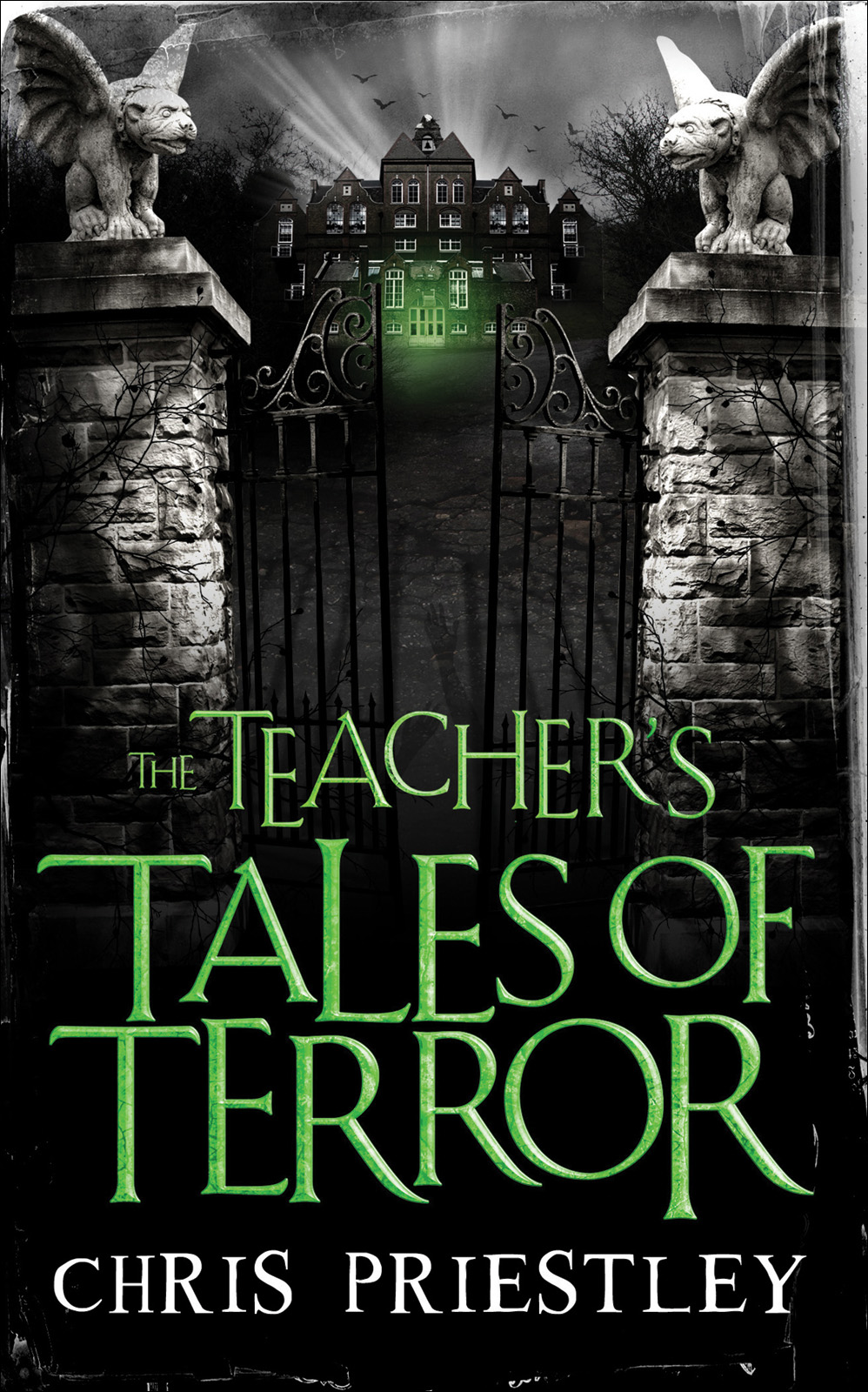 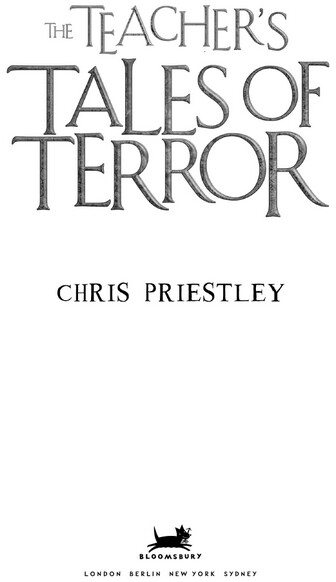 It was the beginning of March and the air was chill and dank. Mrs Nesbitt, the head teacher of St Apollonia’s School, stood in the playground, peering up at the darkening sky through her wire-rimmed spectacles. She shivered and hoped that the snow that was forecast would not arrive.

St Apollonia’s was marking World Book Day by having a special celebration of the school’s Victorian heritage. All of the staff and pupils had been asked to dress up for the occasion and, in the main, the pupils – or at least their parents – had made a reasonable effort.

The snow would spoil the formal group photographs that were going to be taken in the playground that afternoon. There was a lovely old class photograph in the office from the 1890s and Mrs Nesbitt thought it might be nice to have similar ones done of each of the present year groups with their teachers.

Turning away from the glowering sky, she was somewhat startled to see a strange man standing in front of her. She had not heard his footsteps at all. It was as if he had materialised out of the cold air itself.

He was tall and thin, his face pallid and sour, with a large expanse of forehead beneath a sharply receding hairline. He wore a dark three-piece suit, and a watch chain twinkled across his waistcoat. He had the air of a butler about him, thought Mrs Nesbitt – or an undertaker, perhaps.

‘You requested a supply teacher,’ he said after a moment, seeing the confusion on her face.

‘Oh – I’m terribly sorry,’ she replied. There seemed something strangely familiar about him. ‘Have you worked at St Apollonia’s before?’

‘Many years ago, yes,’ he replied, looking across the tarmac to the school entrance.

His tone of voice gave the distinct impression that his previous experience of the place had not been a joyful one. Though looking at his cheerless expression, she doubted whether many of his experiences were joyful.

‘It was very good of you to make yourself available at such short notice,’ said Mrs Nesbitt. ‘I’m afraid Mr Filbert has been taken ill. He was so looking forward to today. It’s such a shame.’

‘And thank you so much for taking the trouble to get into the spirit of our Victorian Day. Your suit is very . . . very
authentic
.’

Mr Munro raised an eyebrow and let it fall slowly before speaking again.

‘Indeed?’ said Mr Munro with more than a hint of disapproval.

‘What lessons do you have planned?’ asked Mrs Nesbitt.

Mr Munro held up a rather battered old leather briefcase.

‘I shall be reading them some stories,’ he said.

‘Oh lovely,’ said Mrs Nesbitt. ‘Can I ask you what you’ve chosen?’

‘I have brought a volume of Victorian short stories. I hope they may find them diverting.’

‘
Might find them diverting
,’ she repeated. ‘Oh, that’s very good. You really have got into the swing of it. But what sort of stories are they? As I say, they’re a lovely group –
lovely
– but they’re likely to become a wee bit restless if –’

‘I think these stories will be sufficient to keep them quiet,’ said Mr Munro.

Mrs Nesbitt forced a smile. She did not like being interrupted and in any case she was not sure that the exercise was about keeping the class ‘quiet’. She was about to point this out when her secretary came pattering towards them down the steps of the school.

‘Mrs Nesbitt,’ she said breathlessly. ‘Sorry to disturb you, but there has been a bit of an incident.’

‘What sort of incident, Mrs Jackson?’

‘It’s Luke Driscoll,’ she said. ‘He’s brought a spear into school – a real spear. He says it’s authentically Victorian because his grandfather’s grandfather took it from a Zulu warrior and –’

‘Of course,’ said Mr Munro. ‘I quite understand.’

Mr Munro’s mouth curved into a half smile. Mrs Nesbitt pursed her lips and narrowed her eyes. She suspected that Mr Munro was being somewhat less than supportive.

‘Your classroom is through the main entrance, past the hall and the first on the right,’ she said curtly. ‘A teaching assistant should be with the class. They are expecting you.’

Mrs Nesbitt and her secretary trotted away up the steps, leaving Mr Munro standing alone outside the school.

The jagged spikes along the spine of the school roof and the sharp spire of its bell tower were silhouetted against the leaden clouds. A graveyard chapel could not have looked more sombre. Mr Munro raised his eyebrow once again, and walked slowly towards the entrance.

He could hear the sound of lessons coming from the classrooms as he walked past. The tiled walls and parquet flooring of the corridors reflected his passage as he strode soundlessly by.

Once he had reached the classroom in which he was to teach, Mr Munro stopped. Through the window in the door he could see the pupils, all dressed in their Victorian costumes. They were, as Mrs Nesbitt had promised, a ‘lively bunch’. And there was no sign of the classroom assistant.
No matter
, he thought.

Mr Munro turned the door handle and walked into the room. The children were still chattering when he seemed to appear in front of them like a thin, dark column of smoke. Some of them did not even register his presence until their neighbours nudged and pointed.

Mr Munro opened his briefcase, took out a book and slammed it down on the table with such force that it felt as though a shock wave had been sent through the room. A cloud of dust swirled around him.

A stony silence followed this announcement.

‘’Morning, sir,’ added a girl near the back a few seconds behind everyone else. A rosy-cheeked boy at the front giggled.

Mr Munro lurched towards the boy as a snake might towards its prey. The movement was so swift and so alarming that the boy nearly fell from his seat. Mr Munro placed his long fingers on the desk and leaned towards him.

‘Are we to be enemies, boy?’ he said, fixing the boy with his cobra stare.

‘Good,’ said Mr Munro, narrowing his eyes and studying the boy’s face intently. ‘That is very good indeed. Because you do not want me as an enemy. Do you understand?’

This last question was directed to the entire class and – almost in unison – they replied, ‘Yes, sir.’

Mr Munro looked about the room. A great deal of effort had gone into making the room look like a Victorian classroom. There was a print of Queen Victoria, and another of Dr Livingstone. There was a yellowing globe and a map of the Empire. All it had needed was the right teacher to complete the picture. Mr Munro held up the book to the class.

‘I thought that I might read you some stories today,’ said Mr Munro.

There was a weak groan from someone in the second row of desks. Mr Munro silenced it with a glare.

‘What sort of stories are they?’ said a curly-haired boy near the front.

Mr Munro said nothing. He merely stared at the boy. It took several seconds before the boy realised what Mr Munro was waiting for.

‘They are stories of a rather macabre nature,’ said Mr Munro with an odd grin. ‘I have a taste for such tales.’

A girl put her hand up.

‘Do you mean they are scary, sir?’ she asked.

‘Yes,’ said Mr Munro. ‘At least I hope you will find them so. But if you do not like “scary” stories I’m sure we could find something else to do instead. Do you enjoy spelling tests, perhaps?’

The entire class eagerly and noisily confirmed this until Mr Munro raised his hands for calm. He opened his book and took out the leather bookmark.

‘What’s the story going to be about, sir?’ asked a tall girl with glasses.

‘It would rather spoil it if I told you, would it not?’ said Mr Munro. ‘But it will do no harm to introduce it, I suppose.’

He replaced the leather bookmark between the pages and closed the book once more.

‘Have any of you by any chance been to the coastal town of Whitby in Yorkshire?’

A wall of blank expressions greeted this question and Mr Munro paused a moment or two before speaking again.

‘It is a rather marvellous place in its way,’ he continued. ‘A picturesque fishing port with a romantic ruin of an abbey on the cliff top. It is famous for the Synod of Whitby, of course.’

It was clear by the blank faces that the fame of the Synod of Whitby had yet to reach St Apollonia’s School.

‘It is also famous for its whaling industry, for its fossils and for its jet. You know what jet is, I trust?’

‘Yes, sir,’ said a girl with her hair in plaits. ‘It’s a shiny black stone they make jewellery out of. My mother has a –’

‘That is correct,’ said Mr Munro. ‘Of course, Whitby is also famous as the place where Count Dracula first came ashore in the sensationalist novel that bears his name.’

‘Is the story about Dracula, sir?’ asked a boy at the back.

‘Is it about vampires?’ asked another boy excitedly.

A wall of silent but palpable disappointment greeted this statement.

‘It might be better if I were simply to read the story,’ said Mr Munro.

He opened the book at the marked page, gave a searching look around the classroom to ensure that everyone was settled, and then began.

A small bell pinged shrilly as Martha opened the door. It was a dull and sunless day, but even so the tiny shop seemed gloomy and cave-like in comparison.

Martha Thriplow was still occupied with trying to recall the nightmare that had disturbed her sleep. She had barely noticed anything on her walk up from the harbour. It was something terrible, she remembered. But that was all she could remember.

Catch of the Year by Brenda Hammond
The Hellion by Lavyrle Spencer
In Flanders Fields And Other Poems by John McCrae
Tweaked by Katherine Holubitsky
Smoke by Kaye George
Brain on Fire by Cahalan, Susannah
El hombre que confundió a su mujer con un sombrero by Oliver Sacks
The Marble Kite by David Daniel
Ahriman: Gates of Ruin by John French
Betrayal by Velvet