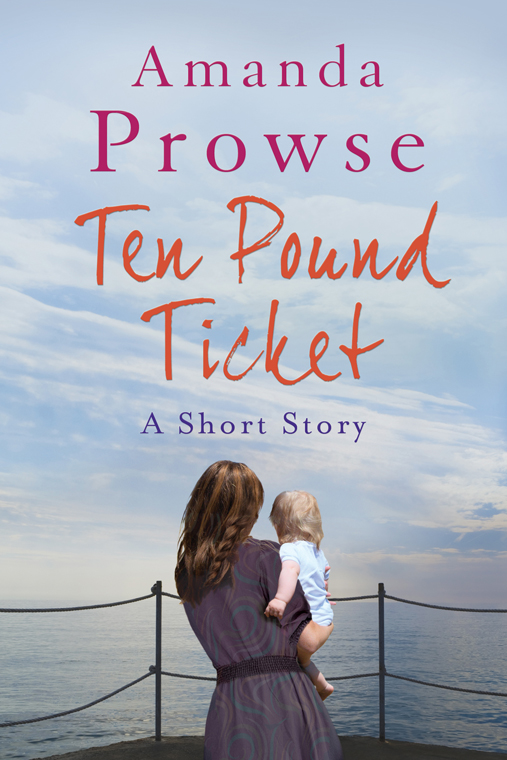 About No Greater Love

Susie Montgomery held her son Nicholas close and stepped out of the bus and into the bright wintery day. She closed her coat over him, shielding him from the cold, until all that was visible was the top of his head. The sky was blue and the ground sparkled with a light dusting of diamond-like powder frost. She walked past Tilbury’s war memorial; the week-old poppy wreaths dazzled red against the pale palette, the paper petals lifting and settling in the wind.

Susie needed somewhere to stay and had no idea where to begin; after all, she’d never had to consider her future before. Since leaving secretarial college, with her framed Pitman certificates confirming her proficiency in shorthand and typing, she had coasted from party to party, from boy’s bed to boy’s bed. She had lived in comfort under her parent’s detached roof, certain in the knowledge that, like all the other seventeen-year-old girls she knew, her future was bright, happy and secure. It was 1962: life was good and out there, ready for the taking whenever she chose to take it. But that was before.

Now she skirted the square, protecting her baby from the November cold, swaddling him inside the front of her astrakhan coat and carefully moving her long tawny hair to ensure it wasn’t pressed against his delicate nose and mouth. Her eyes darted around until she spied a sign for bed and breakfast in the window of The Anchor.

Susie stepped through the saloon doors and into a warm, welcoming fug of tobacco smoke and laughter. A large open fire blazed in the rusty grate, and two tarnished horse brasses hung on either side of it. The low ceiling, once white, was now stained yellow, and the concrete slabs around the bar looked sticky, thanks to years of slopped bitter and a dirty, ineffective mop. The walls, at least, were cheerful; covered with ornaments and knickknacks – Susie spotted a door knocker pinned up next to a bronze bed pan, while overhead a cluster of postcards from British seaside resorts hid the cream-and-scarlet wallpaper from view.

The laughter stopped as she entered, and all eyes swivelled towards her. She was not only a stranger in this local bar, but she was a woman too. She looked around for a friendly face. An old man sat near the door, sipping his half pint but he kept his cap pulled down low over his eyes. A large black mongrel lay slumped across the hearth, greying hair peppered its muzzle. It was short of breath and she could hear the snuffles it made while it lapped at a saucer of beer.

Susie took a deep breath; she had never been in a pub like this before.

It was some moments before the barmaid and landlady, one in the same, trotted over from behind the bar on her black patented, high heels.

Susie stared at the network of lines that crept from the woman’s thin mouth, evidence of puckering up for a cigarette, probably sixty times a day for as many years. Her red lipstick bled into these tiny tributaries. Her foot tapped with impatience, she had customers to serve.

‘I saw your sign. I’m looking for a room, for a couple of weeks, for my son and me before we get on the boat to Australia.’ Susie pulled her coat open to reveal her little boy who was still sleeping. His cheeks were pink against the fur of his mother’s coat.

The landlady clapped her hand under her chin, showering ash from her smouldering cigarette down her front. She softened instantly as she took a shine to Nicholas, it was hard not to, he was angelic, beautiful and new. She poked a nicotine-stained finger into his sleeping face,

‘Ah, look at him, he’s a darling! Does he look like his dad?’ the woman drew on her cigarette and eyed the little gold curtain ring on the third finger of Susie’s left hand. She nodded and tried to smile.

‘And you’re off to Oz? What, is his dad already out there?’

‘Yes that’s it, we’re meeting him there.’ Susie delivered this to the sticky floor.

Two old men, drinking pints of Mild in the corner, suddenly laughed loudly at the precise moment she finished her sentence. They were laughing at a joke, a comment, something entirely unrelated, but for Susie, it was as if they laughed in recognition of her lie. She felt the stain of a red blush over her neck and up her face as she fought the light headedness that threatened to make her faint. She silently pleaded;
please I have nowhere else to go, please.

The woman’s mouth twitched sideways, and Susie held her breath. Happily for Susie, this lady knew what it felt like to need a bit of luck.

‘I’m Sandra and I’ve got a room you can have for a while, it’s not flash…’

Susie felt her shoulders sag with relief. ‘I don’t need flash.’ She was adamant. ‘Is there a phone box I could use, though? I just need to make a call.’

The stench of ammonia filled the cubicle. A little chrome ashtray was overflowing with cigarette butts that had spilled into a soggy heap on the concrete floor. Someone had obviously tried to light a fire in one corner if the layers of half-charred cardboard were anything to go by, and a greasy newspaper chip wrapper fluttered against her knee-high leather boots. Nicholas remained asleep while she juggled the purse in her right hand, balancing it on the front of the phone and searched for the correct change. Susie winced as she pictured the cash she had once frittered so easily on her social life. If only she had been more prudent, saved for now, when a healthy bank balance would make all of the difference to her son’s life. She looked at the three pence in her palm. This was the sum total with which she could talk to her mother, very possibly for the last time. Tears pricked at her eyes
. Get a grip, Susie.

The black receiver slipped in her palm. She was shaking with nerves, and Nicholas was wriggling, making small mewing noises as he tried to get comfy in her arm. The mouthpiece smelt of alcohol gone sour. Her breath fogged the air in front of her as she waited for the pip pipping noise to tell her the call had been connected.

She pictured her mother standing in the square hallway in front of the ornate gold mirror, patting the hair-sprayed curls around her temple and checking the tangerine-glow lipstick across her thin mouth before picking up the telephone. Her tan patent leather shoes would co-ordinate nicely with the pale, khaki carpet. No element of design or decoration was left to chance in the Montgomery household, from the faux fauna in the Adams-style recess, to her mother’s cloying scent – 4711 by Maurer & Wirtz – which always hung around her in a pungent cloud.

Susie balanced the receiver under her chin and against her shoulder, and pushed the coins into the slot. She only had only a few minutes before her call would run out.

‘Mum, it’s me… I haven’t got much time, I wanted to phone and say goodbye.’

‘Susie? Where on earth are you and what do you mean goodbye?’

‘Apparently so. I’ve had a rather awkward conversation with Sister Kyna at Lavender Hill Lodge. Why on earth have you discharged yourself and reneged on our agreement? Susan, this is totally unacceptable, especially after all you’ve put me through. Is this how you repay Daddy and I after all we’ve done for you? We had an understanding. You would spend time in London, do what was necessary to sort the situation and then come home! Where has this madness come from?’

‘I suppose it’s come from the fact that I became a mother. I’m a mother and you are a grandmother whether you like it or not—’

‘Not! Thank you very much.’ Her mother couldn’t help but interject. Susie pictured her generous chest heaving with disapproval as her fingers agitated the double row of pearls.

Susie sighed. It was, as ever, pointless trying to reason with her mother, ‘I couldn’t do
what was necessary
as you call it, not when it came to it. I couldn’t hand my babies over, I couldn’t do it! I’m not asking for anything from you and Dad, I just didn’t want to disappear without you knowing where we were. We are going to Australia, Mum.’

‘Australia?’ her mother’s voice had gone up several octaves, ‘Don’t be so bloody ridiculous! Australia! What in God’s name will you do there with no money, no husband and a bastard baby?’

Susie bit her lip at the shock of hearing her little boy referred to like that, but arguing now seemed pointless, even if she could have summoned the strength. ‘I’ll probably die a slow lingering death, Mum, but at least I’ll have my son with me.’

‘Oh for goodness sake, listen to yourself, Susan! Not only are you being overly dramatic as usual, you are ruining your life and throwing away any chance of happiness that you might have. And, I might add, ruining things for me in the process. Have you not considered me at all? Do you think I haven’t imagined what it would be like to become a granny, showing our friends the latest Cine on the dining room wall of our heir apparent’s first steps? Of course I have and in my head it always starts with a big white wedding, not that there’s much hope of you wearing white, not now. You’d be one of those ghastly brides in ivory, which we all know is only one step away from an empire line and a large bouquet to hide a bump. It sets tongues wagging before you’ve even said “I do…”’

Susie tried to interrupt, but her mother was in mid flow, ‘James Tenterden is still single and he’s an only child. His father has a very weak heart and I’ve heard that his mother is ailing. I’ve already described their house to you, they have a stunning Victorian conservatory and the best collection of hand-cut crystal this side of London and he
likes
you! You could still get out of this Susie, go back to Battersea, drop off the boy and come home; I’d even send you a car, how about that? I could arrange a little soiree; invite James, nothing too flashy, home-catered if you’d prefer and you could take it from there.’

Susie laughed in disbelief, she half-wished she hadn’t called; at least then she could have imagined her mother’s words might bring comfort and homely advice instead of prattling on about hand-cut crystal and a home-catered soiree. She raised her hand to the tiny scar on her temple, and tried to block out the terrible memories it evoked:
Please! It can’t be too late… tell them I have changed my mind, give them another baby!
Her screaming, while her heart was breaking and her spirit cleaved in two. Nicholas stirred in her arm, and Susie hardened her resolve.