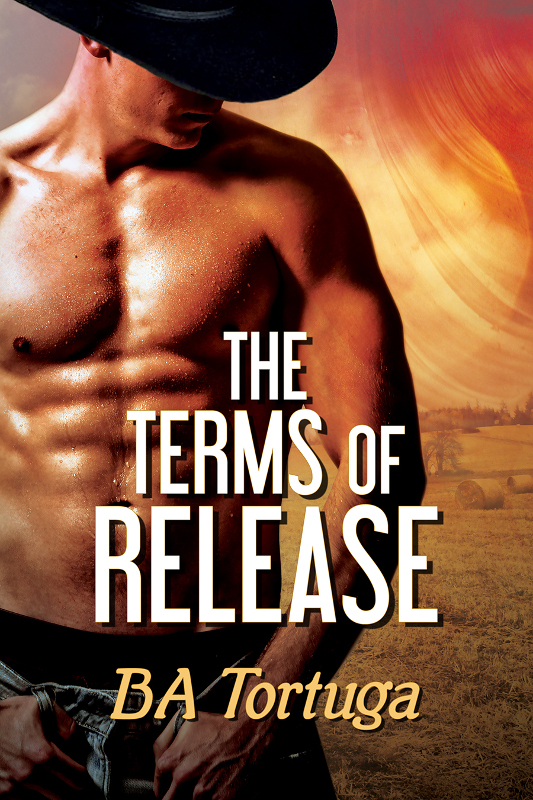 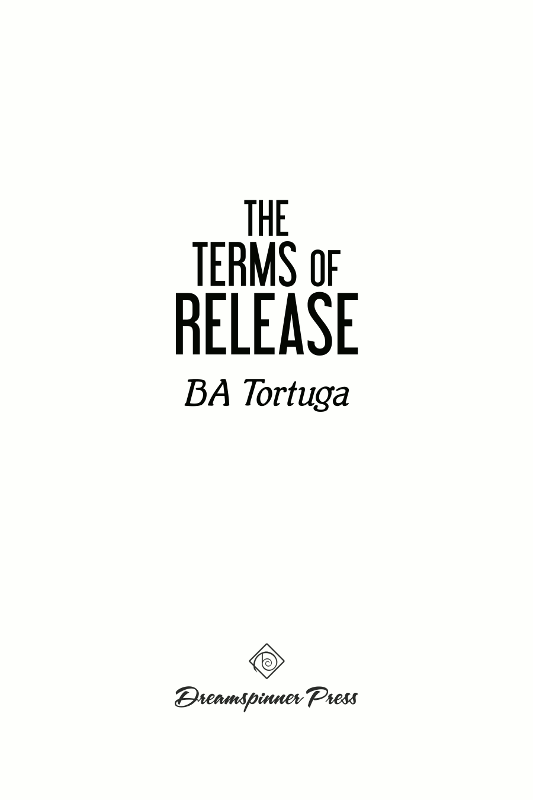 any person depicted on the cover is a model.

Sage sighed but kept it soft enough that no one could possibly hear. Momma didn’t call often—once a week—and she talked to him for exactly fifteen minutes. Hell, he wasn’t sure if the calls were habit for him or for her, but it was what it was, and it kept the costs on his pay-as-you-go phone low. If she called on a Saturday morning, when she knew he’d been working on the docks all night, it had to be important.

He leaned back on his bed, looking out the little window. His eyes followed the hairline crack that climbed through the glass. Some days he thought maybe that weird, crookedy little line wanted to be a word or something. A picture. Not today. Today it was only a place for a tiny spider to climb. God, he was tired. The trucks had been filled with hundreds of small heavy boxes, and his muscles were screaming for rest. Not sleep, not yet. That wouldn’t come ’til eleven or so. It wasn’t like he came home and crashed once his feet found their way back through the mess in the streets and the little pockets of nighttime assholes on the corners, waiting for the bolder daytime assholes to spell them. This was his primetime, after all. He had a cup of coffee and a Louis L’Amour book he hadn’t read, which he’d found in a dumpster on his way to work a couple of days ago. It was all good.

“Are you listening to me, Sage Marlowe Redding?”

He sat up and frowned, his heart doing that sickening little hiccup and roll that meant something shitty was going down. “What happened?”

“Well, nothing that you’d think was an emergency, really. Your daddy, though, his hands…. He can’t work the horses as much.”

Sage closed his eyes. Fucking Parkinson’s. Daddy’d been fighting it for damn near eight years, but it was a losing battle. “Momma, I….”

“Son, that Teddy Dale, he’s going to take the land. You know he will. He’s waiting. I need you to cowboy up and come on. Now.”

“Teddy Dale’s the reason I ain’t come home, Momma. That man hates the sound of my name.” Not that Sage blamed the crusty old bastard. Angelo, the man’s only son and the apple of his momma’s eye, had died in Sage’s company ten years ago. Leastways that was the story and what was taken as God’s honest truth.

Ten years, ten months, fifteen days and… fourteen and a half hours ago.

“Well, we need to be able to train these horses. Your daddy has a contract. If he can fill it on time, we can pay for six months of bills. Sister’s took pregnant on me, Son. Her and that ass hat she’s married to caught like a pair of hounds.”

“I don’t even have a car, Momma, and I sure don’t have the cash to bus it right now. I get paid in two weeks.” A baby? Rosie? Christ, when had he gotten old? He looked at the calendar. “I can get on a Greyhound then, if I clear it with my parole officer.”

They had rules for men like him, and he followed them because he wasn’t going back in.

“I can wire you the money.” She sighed, lowering her voice. “It would kill your daddy to lose this place.”

“I know. I’ll come. I have to make arrangements, Momma. You know that.”

“I know that you paid your debt to society already, baby, for something that shouldn’t have all been on your shoulders.”

“I paid my stupid tax, for sure.” He smiled a little. “Let me see what my parole officer says, and I’ll call.”

“I’ll have to go in front of a judge. You know that.” It sucked, but it was what it was.

“I know, Son. Maybe you’ll get Judge Shannon. He’s not in anyone’s pocket, leastways in my memory.”

“Maybe. You’ll need to send me doctor’s information so I can start everything.”

“I can send it overnight unless you have one of those Kinko’s places. I can fax there.”

“I’ll have to call you, Momma. I don’t know. There should be a phone book down in the management office.”

“Okay. I-I’m sorry, Son.” He could hear the tears, right there in her throat. He hated for his momma to cry.

She sniffled, but the chuckle was just as strong now.

“I’ll call you with the Kinko’s number. Later. I got to work all weekend, but I’ll get in to see Jack on Monday.” If he could.

“Thanks, baby. I’m sorry. I know it’s borrowing more trouble for you, but I need your help.”

“I got your back, Momma. I won’t let you down.” The
again
was there, unsaid and implied.

“I love you, Momma. Talk to you later on.” He hung up and sat there, his head pounding, feeling swole as a rotting melon. Much as he hated California, he hated the thought of begging some Texas judge to let him come home even more.

God, what a mess.

“Damn you, Angel. You and me, we fucked everything up, and you had to up and die and get out of everything.”

Angel never answered back, which was good, since the man was dead. Would make it awkward if he hung around.

Sage chuckled, rubbed his forehead, and set his alarm. He’d get a couple of hours of sleep, then get to work.

He had a feeling he was fixin’ to have a lot to do.

S
AGE
GOT
off the bus, as tired as he’d ever been. The scent of red dirt and mold and cow shit hit him, at once horrifying and comforting as all get-out.

He’d gone before the judge in L.A. He’d said his piece about Daddy and the ranch, and Momma and Cousin Rich had stood for him too. He’d laid out his life for all those folks to study and sneer at, and his head felt stuffed with cotton wool. He just wanted to rest his body a minute.

A sheriff’s vehicle was there, with Sheriff Jim Dale staring at him. Sage ignored it. He wasn’t looking to find trouble, wasn’t looking to get into trouble. He was not in the trouble business. He was here to work and make sure Daddy kept the ranch. That was it, damn it.

His momma pulled up, and the familiar rumble of her old truck sunk deep inside him.

She parked between him and the sheriff, and he put his duffel in the back before climbing in. “Momma.”

Momma glared at Jim, then leaned over to kiss Sage’s cheek. “You don’t let him get to you.”

“I don’t want any trouble. I’ll lie low, like I promised.”

He wasn’t going to cause anyone any stress. No way. He would work and he would sleep.

“I think he ought to be the one who has to.”

Sage shrugged. “Don’t you worry on it, Momma. I’ll take care of sh—things.”

“Good. You’re a good boy.” She started up the truck and got them moving. “I made a pork loin.”

“Rosie and her man coming over?” Rosie’s husband Greg hated Sage with a fiery burning passion.

Momma ducked her head. “Not tonight. Rosie said she’d come soon and to tell you she loves you. You know how that little fuck she’s married to is. He invented some bullshit reason not to show.”

“It’s no big thing.” He reached over and patted her hand. “I know, huh? It sucks to have the shitty son.”

“You hush. You’re my son, no matter what you did or didn’t do, and I love you.” His momma, she could be fierce.

“Yes, ma’am.” His heart didn’t want to look at things as she drove off, see how much had changed and how much hadn’t. His eyes, though, they were curious and determined to look at everything. McCallum’s pharmacy was still there, and the Ridgeway Cinema was too, even though it was a dollar theater now, showing shit that was on TV for those who could get satellite. The roller rink was a Dollar General now, and they’d thrown up one of the Mexican convenience stores, and somewhere that looked like it’d been a movie store, about five years ago. Thank God the Dairy Queen was still the same. “They still let you smoke in there?”

“They do. The city made a fuss, but the place sits five yards outside the limits.” Glaring some, she looked over at him. “You ain’t smokin’, are you?”

“Well, good on you.” She sighed and looked back in the rearview at the near empty street, her hands relaxing on the steering wheel, and Sage got it. No one was following them, thank God.

The farther they got out of town, the less change Sage saw. The Shields’ house still stood in the center of the gnarliest grove of pecan trees on earth, the Pecinas still hung out their shingle for leatherwork, and the world’s biggest pothole was still there—Momma not even noticing as she drove around it.

“Nope. I don’t reckon they ever will, Son. Ain’t but four families on this road and ain’t none of us that have a pot to piss in or a window to throw it out of. County don’t care about old folks.”

“You’re not old, Momma.” Although he knew she had to be as ancient as his body felt these days.

“I ain’t young.” She laughed, but it was strained.

“I’ll make it right, Momma. I won’t let you down.” Once more, Sage didn’t say the
again
. He didn’t have to. They both knew it was there.

“I know you’ll do fine.” She turned off onto their road and bumped down the dirt track.

He needed to grade the drive after he got finished riding fence. The gate looked solid enough, and the cattle guards were still whole, rattling under the tires as the big dually trundled over them.

The house looked so familiar it made his belly ache, and when the truck stopped, he felt frozen.

“This is your home, Sage Redding. Your place. Nothing will change that.” Momma sounded like she was fixin’ to lose her shit, and he couldn’t deal with it. “We put a single-wide back behind the barns, so you have your own spot.”