Who was the mother of these two half-sisters? We know there was a fugitive Handmaid who was an active field agent with Mayday for some years. After surviving at least two assassination attempts, she worked for some years under triple protection at their intelligence unit near Barrie, Ontario, which posed as an organic hemp products farm. We have not definitively excluded this individual as the author of the “Handmaid’s Tale” tapes found in the footlocker; and, according to that narrative, this individual had at least two children. But jumping to conclusions can lead us astray, so I depend on future scholars to examine the matter more closely, if possible.

For the use of interested parties—at the moment, an opportunity available only to symposium attendees, though, depending on funding, we hope to extend it for the benefit of a broader readership—my colleague Professor Knotly Wade and I have prepared a facsimile edition of these three batches of materials, which we have interleaved in an order that made approximate narrative sense to us. You can take the historian out of the storyteller, but you can’t take the storyteller out of the historian! (
Laughter, applause.
) We have numbered the sections to aid in searches and references: needless to say, no such numbers appear on the originals. Copies of the facsimile may be requested at the registration desk; no more than one each, please, as supplies are limited.

Travel well on your journey into the past; and while you are there, ponder the meaning of the cryptic windowsill markings. I will confine myself to suggesting that the correspondence of the initial letters to several key names in our transcripts is highly evocative, to say the least.

I will conclude with one more fascinating piece of the puzzle.

The group of slides I am about to show you portrays a statue located at present on the Boston Common. Its provenance suggests it is not from the Gilead period: the name of the sculptor corresponds to that of an artist who was active in Montreal some decades after the collapse of Gilead, and the statue must have been transferred to its present position some years after the post-Gilead chaos and subsequent Restoration of the United States of America.

The inscription would appear to name the principal actors cited in our materials. If this is so, our two young messengers must indeed have lived not only to tell their tale but also to be reunited with their mother and their respective fathers, and to have children and grandchildren of their own.

I myself take this inscription to be a convincing testament to the authenticity of our two witness transcripts. The collective memory is notoriously faulty, and much of the past sinks into the ocean of time to be drowned forever; but once in a while the waters part, allowing us to glimpse a flash of hidden treasure, if only for a moment. Although history is rife with nuance, and we historians can never hope for unanimous agreement, I trust you will be able to concur with me, at least in this instance.

As
you can see, the statue depicts a young woman wearing the costume of the Pearl Girls: note the definitive cap, the strand of pearls, and the backpack. She is carrying a bouquet of small flowers identified by our ethno-botanist consultant as forget-me-nots; on her right shoulder there are two birds, belonging, it would seem, to the pigeon or dove family.

Here is the inscription. The lettering is weathered and difficult to read on the slide, so I took the liberty of transcribing it on the following slide, here. And on this last note I will close.

IN LOVING MEMORY OF

THIS MEMORIAL WAS ERECTED BY HER SISTERS

AND THEIR MOTHER, THEIR TWO FATHERS,

THEIR CHILDREN AND THEIR GRANDCHILDREN.

AND IN RECOGNITION OF THE INVALUABLE SERVICES PROVIDED BY A.L.

A BIRD OF THE AIR SHALL CARRY THE VOICE, AND THAT WHICH HATH WINGS SHALL TELL THE MATTER.

LOVE IS AS STRONG AS DEATH.

The Testaments
was written in many places: in the dome car of a train stuck on a siding due to a mudslide, on a couple of ships, in a number of hotel rooms, in the middle of a forest, in the centre of a city, on park benches, and in cafés, with words inscribed on the proverbial paper napkin, in notebooks, and on a laptop. The mudslide was beyond my control, as were some of the other events affecting the writing venues. Others were entirely my own fault.

But before the actual placing of words on pages,
The Testaments
was written partly in the minds of the readers of its predecessor,
The Handmaid’s Tale
, who kept asking what happened after the end of that novel. Thirty-five years is a long time to think about possible answers, and the answers have changed as society itself has changed, and as possibilities have become actualities. The citizens of many countries, including the United States, are under more stresses now than they were three decades ago.

One question about
The Handmaid’s Tale
that came up repeatedly is: How did Gilead fall?
The Testaments
was written in response to this question. Totalitarianisms may crumble from within, as they fail to keep the promises that brought them to power; or they may be attacked from without; or both. There are no sure-fire formulas, since very little in history is inevitable.

My thanks first to the readers of
The Handmaid’s Tale
: their interest and curiosity has been inspiring. And many thanks to the large team who brought the book to life as a gripping, beautifully made, and award-winning MGM and Hulu television series: Steve Stark, Warren Littlefield, and Daniel Wilson on the producing end; showrunner Bruce Miller and his excellent writing room; the fine directors; and the amazing cast, for whom this was definitely not just another show: Elisabeth Moss, Ann Dowd, Samira Wiley, Joseph Fiennes, Yvonne Strahovski, Alexis Bledel, Amanda Brugel, Max Minghella, and so many others. The television series has respected one of the axioms of the novel: no event is allowed into it that does not have a precedent in human history.

To my now-retired agents, Phoebe Larmore and Vivienne Schuster; to Karolina Sutton, and to Caitlin Leydon, Claire Nozieres, Sophie Baker, and Jodi Fabbri of Curtis Brown; to Alex Fane, David Sabel, and the team at Fane Productions; and to Ron Bernstein of ICM.

In the special services department: to Scott Griffin for sailing advice; to Oberon Zell Ravenheart and Kirsten Johnsen; to Mia Smith, whose name appears in the text as a result of an auction in aid of the charity Freedom from Torture; and to the several Second World War resistance members from France, Poland, and the Netherlands whom I have known over the years. The character Ada was named for my aunt-by-marriage, Ada Bower Atwood Brannen, who was one of the first female hunting and fishing guides in Nova Scotia.

To those who keep me trundling through time and who remind me what day it is, including Lucia Cino of O.W. Toad Limited and Penny Kavanaugh; to V.J. Bauer, who designs and tends the website; to Ruth Atwood and Ralph Siferd; to Evelyn Heskin; and to Mike Stoyan and Sheldon Shoib, to Donald Bennett, to Bob Clark and Dave Cole.

To Coleen Quinn, who makes sure I get out of the Writing Burrow and onto the open road; to Xiaolan Zhao and Vicky Dong; to Matthew Gibson, who fixes stuff; and to Terry Carman and the Shock Doctors, for keeping the lights on.

And as always to Graeme Gibson, my partner in many strange and wonderful adventures for almost fifty years.

Margaret Atwood, whose work has been published in over forty-five countries, is the author of more than fifty books of fiction, poetry, and critical essays, as well as graphic novels. In addition to
The Handmaid’s Tale
, now an award-winning
TV
series, her novels include
Cat’s Eye
, shortlisted for the 1989 Booker Prize;
Alias Grace
, which won the Giller Prize in Canada and the Premio Mondello in Italy;
The Blind Assassin
, winner of the 2000 Booker Prize;
The MaddAddam Trilogy
; and
Hag-Seed
. She is the recipient of numerous awards, including the Peace Prize of the German Book Trade, the Franz Kafka International Literary Prize, the PEN Center USA Lifetime Achievement Award, and the Los Angeles Times Innovator’s Award. In 2019, she was made a member of the Order of the Companions of Honour for services to literature. She lives in Toronto with the writer Graeme Gibson. 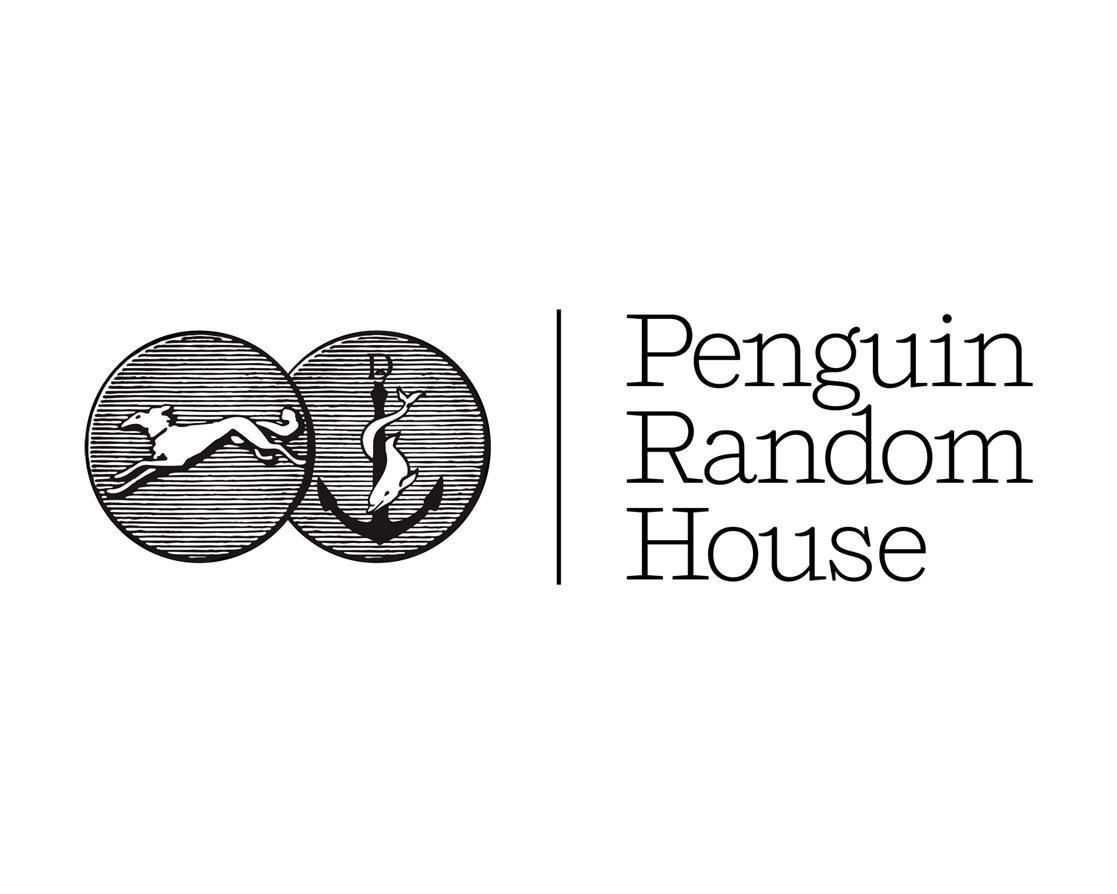 Discover your next
great read!

Get personalized book picks and up-to-date news about this author.