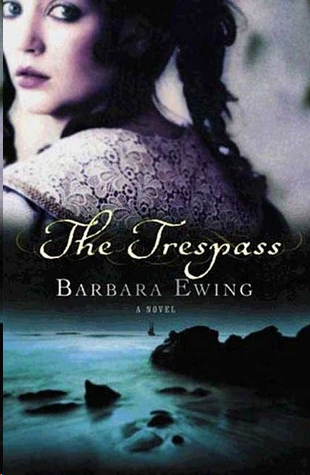 Forgive us our trespasses

As we forgive them

That trespass against us

As dusk fell the lamplighters with their ladders hurried along the main thoroughfares, dodging the crowds, climbing upwards like monkeys, lighting the gas lamps. Then, as it got darker, lights began to glow all along the River Thames.

The Palace of Westminster flickered as servants turned up the lamps for the honourable members. Then fires and lights appeared one after the other on the boats of every kind that crowded the river, and the small craft of the lightermen darted in and out of the shadows On the wild, swarming, noisy bridges the cabmen lit their lanterns; it was high tide and the passing flashes of hundreds of vehicle lights caught and then lost the darkening water as it slid up the muddy shore and snaked down shadowy waterside alleys. Horse-drawn cabs collided sometimes with horse-drawn omnibuses, and horse-drawn coaches, and carts and barrows: horses stumbled, coal capsized, fruit and vegetables rolled under iron wheels, barrow boys yelled and laughed, ladies screamed, drivers swore and shouted. Pedestrians pushed and shoved their dangerous way through the horse dung and the dust; many took the dimly lighted route over the new Hungerford Bridge where people were the only traffic, although farmers often herded skittering cattle that way, across to Smithfield Market to have their throats cut.

(Some of the inhabitants of the city seemed not to need light at all, seemed to know their way round the narrower streets and watery alleys on the hot, late-summer evening: hurried down unlit paths and even along the soft, muddy riverbank that seeped into the city at high tide; turned right or left into a passage or a doorway where a dim candle, or a whisper, showed the way.)

The moon rose, a thin sliver of light. Stars came out, night fell on London, changing the yellow-grey water of the river to black velvet, hiding the acrid, dark smoke billowing from the chimneys, shadowing the spires of the great churches and palaces, so that the city looked – almost – beautiful.

So that you could not see the refuse from the cesspits, the privies, the common drains, the dusthills, the nightcarts, the infirmary, the workhouse, the burial grounds, the slaughterhouses, the tripe shops, the gasworks, the cotton factories, the dyeing works, the tanneries that all flowed through the sewers into the Thames. You could not see the animal carcasses, the pig manure, the horse dung, the human excrement, the arsenic from the sheep-wash, the metallic salts, the dye, the road scrapings, the white lead, the urine wash or the human corpses that had been dumped there, in the water.

And, silently, all night long, from the great cesspool of the city – the River Thames – the polluted, infected water went
back
again, through official waterpipes, into the water system that fed the inhabitants of London.

For a moment he was silent, and his mouth turned downwards. He put on his spectacles, looked again at the paper in front of him. ‘Gentlemen, the death toll from the new cholera epidemic is already over two hundred and fifty persons per day. Our hospitals are badly overstretched, our burial grounds in London are already full to overflowing, literally overflowing. It is important that all the usual precautions are taken and it is up to us—’ he paused, ‘not to alarm the people of London, but to alert people, as I am now alerting you, that once again the epidemic is suddenly no longer confined to the – ah – to the poorer parts of our metropolis.’ He heard the rustle and the coughing of the men who did not want to believe that an epidemic could touch them, saw one or two feeling for a cigar in the pocket of their waistcoat (a fine cigar, a symbol, a talisman against what happened to other, lesser people). The Prime Minister raised his voice slightly. ‘As happened last time, the disease seems suddenly to have jumped barriers, appeared in places where it has – ah – not been expected. Most of the deaths previously were reported south of the river but this week I have to inform you that the cholera has been reported in Marylebone. And I very much regret to have to tell you that one of our honourable members has just informed me of the death of his own fourteen-year-old daughter.’

The rustle and the coughing rose to a kind of roar as the honourable members looked about them in dismay – dismay, and something else the Prime Minister saw: a kind of terror.
Who? Who? Not one of us? Not the Cholera?
The Prime Minister took off his spectacles abruptly and left the chamber.

He got out his own cigar as he reached his large office overlooking the river. He wished he could go home. ‘Very well,’ he said to the man hovering, ‘send them in.’

The group of businessmen: the planners, the speculators, the lawyers, the bankers, had been waiting in one of the rooms at the end of the long corridor. They crowded in. Some of the men were smiling and rubbing their hands together as if in a kind of jolly supplication, slightly awed to be in the great man’s grand room in the rebuilt Palace. But some of the men were assured and energetic, a hundred times more energetic than their Prime Minister. The world was changing, and expanding, and they knew it was theirs.

The curtains had not been drawn, the Prime Minister liked to look out over his city. The large and small jostling boats on the water were hundreds of dark, flickering shapes. Even businessmen paused for a moment at such a sight: their beautiful river. Drinks were brought on a silver tray, a servant poured whisky.

‘Gentlemen,’ said the Prime Minister again. A wave of weariness suddenly swept over him, how tiring this all was, how he longed to be home; he drank the proffered glass quickly. ‘Gentlemen, I have been, of course, advised of your plans. It is true that the traffic in London now is at an insufferable, indeed quite unacceptable level, sometimes I wonder—’ his appearance in the chamber still on his mind, ‘if it is not the traffic itself that is bringing these intolerable epidemics into our great city. They tell me that, despite your new railways, upwards of five thousand horses pass through Temple Bar each day: the congestion, not to mention the – miasma – has become quite insupportable. But…’ He refilled his own glass. ‘You know of course that yours is only one of a number of proposals that Parliament has been inundated by, and you also know that a Royal Commission has already recommended that there should be no further railways built in the central area.’

The gentlemen stirred and coughed, one made as if to speak, but the Prime Minister raised his hand. ‘Yes, of course, your proposition is different. However I still find it unusual and rather a shock to the mind to think of trains underneath our city.
Underneath
our city. A circular tunnel underneath our city, some of you suggest. Have you considered the number of local parishes and urban bodies that would have to be drawn together for such a scheme? Good God, have you any idea how difficult it is to approach such a large number of local authorities about anything that affects the city as a whole? You are, I believe, planning to excavate under a built-up area of London. Have you thought how our houses, our homes, this very building, could be affected by your building
underneath
them. One has visions of our great capital collapsing into the bowels of the earth as you tunnel! And I cannot help but think that to persuade the people of this great city to travel under the ground may present you with problems also.’ But his interest suddenly flagged. ‘Gentlemen, I would be happy to at least hear further ideas on the subject; I understand that you will be dining tonight with some of the honourable members and further discussion will be held with them and perhaps another report could be submitted … yes … yes … thank you, gentlemen, forgive me, I am afraid that there are others like yourselves waiting, and then Her Majesty…’ He always used the Queen as an excuse.

The businessmen thus dismissed – some disheartened, some openly critical, some understanding the long process required – walked, murmuring to each other, back through the wide halls in twos and threes, past the heroic figures along the walls.

‘Mr Chadwick is waiting to see you, Prime Minister.’

The Prime Minister’s shoulders literally sagged. ‘That truculent, arrogant individual. Does it have to be now? He was here only last week.’

‘He says it is most urgent, Prime Minister.’

‘He is with another doctor, sir.’

The Prime Minister sighed, trapped. Could he never escape from the medical men and the General Board of Health? ‘Then bring more whisky.’

The thin-faced man wasted no time. ‘I hear it’s one of your own this time?’

The Prime Minister drained his glass, considered pretending to misunderstand, dismissed the idea. ‘The daughter of one of my members, yes.’

‘Prime Minister. I want to say something else. I am a doctor. Everywhere, every city I’ve looked at, not just London, it is the water. I’ve said it till I’m blue in the face in all my reports. The Water Companies are more interested in profit than purified water. They are making huge profits providing water to Londoners from the Thames, largely unfiltered, yet there are two hundred sewers running from this city straight into the river!’

‘It is the miasma,’ repeated Edwin Chadwick, his voice rising, ‘not the water itself perhaps, but the effluvia that rises from it, the stench, the inhalation of the odours caused by decaying animal matter that allows these terrible diseases to spread.’

‘How are we to make decisions if even you people cannot agree!’ The Prime Minister’s voice rose in a kind of exasperation and frustration. ‘I am as disturbed as you gentlemen about the new epidemic in our city and I have any number of people telling me what causes it but no clear picture of how to cure it. You talk about the money required for this and required for that. But have you any idea at all of the preposterous amount of money that would be needed to build a new sewerage system and drainage underneath this city? The population of London would rise in mutiny – as they have done in earlier times – at the amount of taxes that would be required for such activity. For there is still no definite proof that water is the cause!’