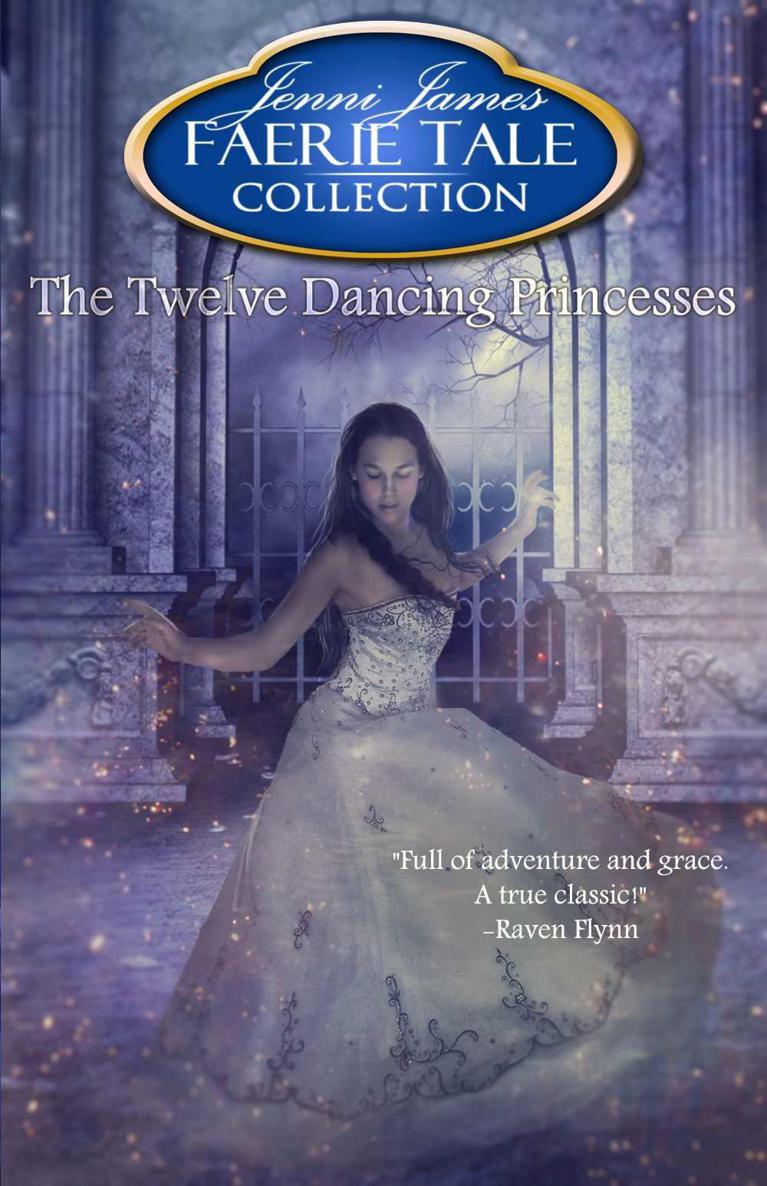 “Jenni James takes this well loved faerie tale and gives it a paranormal twist. Very well written and hard to put down, even on my cruise vacation where I had plenty to do. Looking forward to others in Jenni’s Faerie Tale series. A great escape!”

“This book was unputdownable. I highly recommend it to any fan of Jane Austen, young or old. Impatiently awaiting the rest of the series.”

“Having read several other young adult retellings of
Pride and Prejudice
, I must admit that
Pride and Popularity
by Jenni James is my top choice and receives my highest recommendation! In my opinion, it is the most plausible, accessible, and well-crafted YA version of
Pride and Prejudice
I have read! I can hardly wait to read the [next] installment in this series!”

“I started reading
Pride and Popularity
and couldn’t put it down! I stayed up until 1:30 in the morning to finish. I’ve never been happier to lose sleep. I was still happy this morning. You can’t help but be happy when reading this feel-good book. Thank you, Jenni, for the fun night!”

“Twilight-obsessed teens (and their moms) will relate to Claire’s longing for the fantastical, but will be surprised when they find the hero is even better than a vampire or werewolf. Hilarious, fun, and romantic!”

“Stephenie Meyer meets Jane Austen in this humorous, romantic tale of a girl on a mission to find her very own Edward Cullen. I didn’t want it to end!”

“We often speak of Jane Austen’s satiric wit, her social commentary, her invention of the domestic novel. But Jenni James, in this delicious retelling of
Northanger Abbey
, casts new light on Austen’s genius in portraying relationships and the foibles of human nature—in this case, the projection of our literary fantasies onto our daily experience.”

“After reading
Prince Tennyson
, your heart will be warmed, tears will be shed, and loved ones will be more appreciated. Jenni James has written a story that will make you believe in miracles and tender mercies from above.”

“Prince Tennyson is a sweet story that will put tears in your eyes and hope in your heart at the same time.” 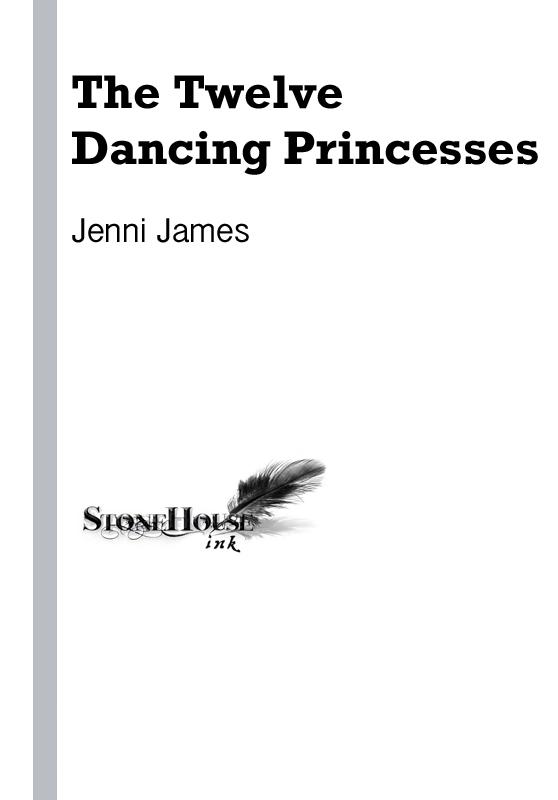 Beauty and the Beast

Jack and the Beanstalk

This book is dedicated to my

Aleck looked up from snipping at the ornamental hedges in the palace garden to see Princess Cascadia coming toward him. He immediately dropped his shears and lowered into a bow. “Your Highness,” he said as he came back up to face the pretty, dark-haired young woman. She looked exceptionally fetching today in pale blue ribbons and a matching gown.

She smiled and stopped right in front of him. “Hello,” she said again, her fingers slowly twirling the handle of the white lace parasol that shaded her head.

He waited a moment for her to say something while his stomach did flip-flops. How many days had he watched the beautiful princess and wished for opportunities like this, to get to know her and speak with her? And yet, when they seemed to come, he had nothing to say. But how did a simple gardener go about speaking with royalty?

She continued to twirl and wait, her grin growing.

Say something, you dolt!
He swallowed nervously and asked, “Would you like a flower?”

“A flower?” She looked at the hedge he had been pruning.

“No. Not from here.” He pointed behind him. “We could pick one from the queen’s garden, if you would like. I know of some lovely roses that have just bloomed.”

“If you follow me, I will show you just where they are.” He began to walk, but when he noticed she was not with him, he turned around. Princess Cascadia stood in the exact same spot. Confused, he asked, “Would you rather I went without you and brought back a couple?”

Good heavens, how was a man supposed to know what a woman wanted? “Then you would not like to follow me?”

She chuckled, her laugh floating about her like tinkling fairy bells. “No, Aleck. I wish for you to lend me your arm so that we may go together.”

How could he be so thoughtless? “Of course.” He rushed to her side. “Forgive me.” Being so close to her, close enough to smell the lavender soap she used, caused his breathing to become quite erratic. He glanced down at her side, and then slowly raised his arm out. He willed himself to act natural as she daintily wrapped her elbow around his shirtsleeve and placed the top of her gloved hand upon his. He gazed into those sky-blue eyes a moment, reminding himself to breathe.

He was holding her arm. Her hand was upon his, her waist mere inches from him. They were together—truly together for the very first time. A warmth spread through him he had never known before, sending a concentrated group of tingles at their touching limbs. He grinned at her and watched in amazement as she inhaled sharply.

This overwhelming feeling affected her as well! She could feel it.

Those eyes sparkled back at him. He was lost. Utterly and foolishly lost.

Could she possibly think of him as he thought of her? Could the princess actually wish to be with a mere gardener?

A hound barked some distance away and snapped him back to the present. “Come, and we shall find the most enchanting roses for you.”

He took a step forward, and then another, half expecting her to turn around and run the other way, but she did not. Instead, she quite happily followed him.

Nothing had ever felt more right and wonderful than this moment.

“Aleck?” she asked as they slowly made their way to the flower garden.

“I know this is highly improper, and I will most likely get scolded if I am caught walking with you, but thank you for doing so.”

His gaze met hers again. “It is my pleasure.”

She nodded and glanced away, a faint blush stealing across her cheeks. All at once, the parasol began to twirl twice as fast as it had before. “Sir, you flatter me.”

“I do not mean to flatter, Princess,” he said with a grin, loving this new game of theirs. “Indeed, I only mean to speak the absolute truth. This is by far the most enjoyable moment of my day.”

She gasped and glanced at him before biting her lip and looking away again.

He could not believe his eyes. If he did not know better, she would seem to be genuine in her response to him. “Why did you ask to hold my arm?” he brazenly asked, curious as to how she would reply.

She kept her profile to him as they continued to walk. “Because I knew you would never think to do so, and so I asked myself.”

“Because I wanted to,” she replied.

“Fair enough.” He let the subject drop. “And have you had any news to impart? Any reason for us to be thus engaged?”

“Yes. For when your father asks why you have been traipsing the grounds with a lowly gardener, you will have a much better reply to give him than because you wanted to.”

She blushed again and then shook her head. “You are incorrigible.”

“I know. I think it is why you like me.” He said the last looking straight at her.

She gasped in shock. “I have said no such thing!”

He stopped, his back toward the many windows of the castle. Stepping forward and hiding her for a brief moment, he said, “You did not have to say anything to me. I can tell by your actions.” His heart grew a bit heavy. “Princess, as much as I wish to keep you near me to learn every possible secret of yours and gain your trust, I also fear this.”

“I have come outside every single day for the past several months in hopes of …” She trailed off.

To speak with him. “Aye. I think I understand. But it will not do. I am simply a gardener. And as much as you would be scolded for doing such a thing, I would be dismissed from my post completely if this were to continue.”

“No.” Her breathing became labored. She looked distraught over this declaration.

Did she honestly have no idea that such things were frowned upon? “What is it?”

“’Tis not fair,” she said after a few moments. “I—I do not know how to express myself, or why. It does not make sense to me. But there is something about you that calls to me. Something I cannot dismiss.”

She
did
feel it too! He clutched her hand. “Princess Cascadia!”

“Please, call me Casey. I have despised that name my whole life. Casey is what I prefer.”

“I cannot. I do not dare. You know the help is not allowed to speak so casually of you,” he whispered as he glanced around, making certain they were alone.

She squeezed his fingers. “Please?”

How could he deny her anything? He took a deep breath.

“Casey.” The name as he said it was so profound, it was as if it echoed between them for several seconds.

And then she smiled. Her whole face lit up. “Thank you.”

At that moment, he saw the head gardener walking toward them. “Give me a reason to be standing here with you. Tell me something important so that I may continue working here.”

Her eyes frantically searched his before they lit up and she said, “I have it! There is a great secret happening in the house. And who knows, perhaps you will be the one to solve the mystery.” She grinned. “Yes! Father is to send out a proclamation within a week asking for brave men to solve the puzzle of the princesses’ dancing slippers.”

He blinked. “Your what?”

“Every morning, when we awake, our shoes are completely worn through, as if we had been dancing all night. But none of us can remember leaving our beds. Indeed, it is frightening to see the state of the slippers. And our feet! Sometimes they are swollen and blistered. And yet, we were asleep.”

“This happens to all twelve of you?”

“Yes. Oh!” She laughed out loud, causing the head gardener to speed up his walk toward them. “It is perfect!” she said, clasping his hand tighter. “For whoever is able to solve the mystery, Father has said he will allow him to choose one of his daughters to wed!”

Aleck felt as though he had been punched in the chest.
My word!
Could it be true? Could this actually be happening to him? Was there a way to have this angel near his side permanently?

He glanced at her. “I believe so.”

“Then will you try to solve the riddle?”

The gardener glared at him, but remained silent as he passed the princess. Aleck knew this would be horrendous for them both. His eyes searched Casey’s, and he nodded. “Yes, I will try my best to solve the mystery of the dancing princesses.”