Read The Two Hearts of Kwasi Boachi: A Novel Online

The Two Hearts of Kwasi Boachi: A Novel 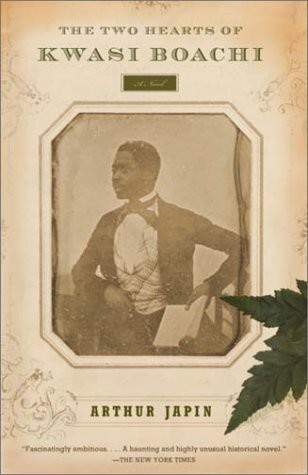 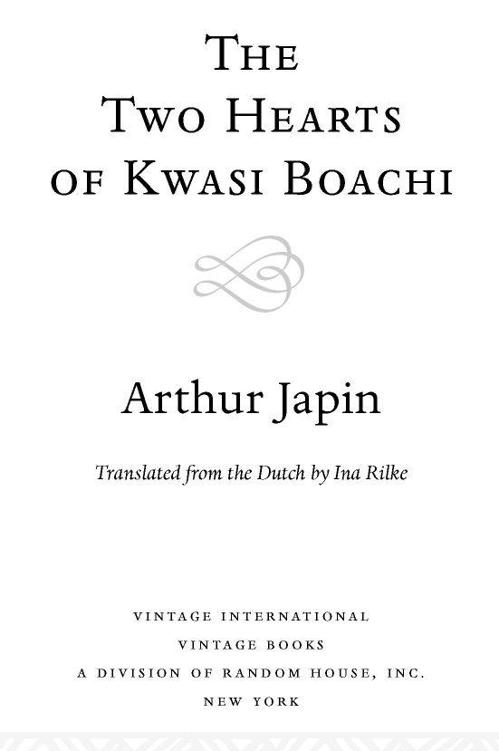 The Two Hearts of Kwasi Boachi

“A classic tragedy. . . . This is a true story, fully and humanly imagined, and that is the measure of Japin’s accomplishment.”

“A virtuoso re-creation of an extraordinary life.”

“A mesmerizing tale about the personal cost of assimilation. . . . Like Arthur Golden’s in
Memoirs of a Geisha,
Japin’s ventriloquism is virtually flawless. ” —
Time Out New York

“Deeply thought and intricately worked. . . . The whole is as seamless in its artistry as it is moving in its emotional investigations.”

“A powerful story. . . . A fascinating study of how people deal with difference.” —
Financial Times

“A tour de force. . . . Be prepared for surprises on every page.” —The Dallas Morning News

“Given our increasingly diverse society, this exploration of the difference between tolerance and acceptance is both evocative and important.”

“A potent dramatization of culture shock, ethnic injustice, and exploitation. . . . As artful and moving an analysis of the tragedy of colonialism as we have seen in many years.” 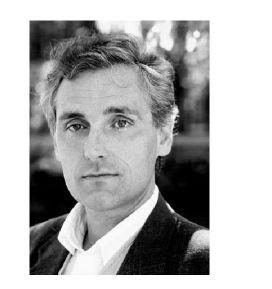 The Two Hearts of Kwasi Boachi

Arthur Japin is an actor, opera singer, and writer. His research for
The Two Hearts of Kwasi Boachi
took him through Europe, Asia, and Africa; during one trip to Ghana, he was kidnapped and held for ransom before breaking away from his captors and making his escape. He lives in Utrecht, the Netherlands. 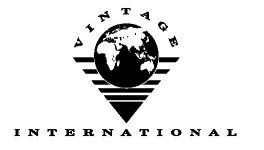 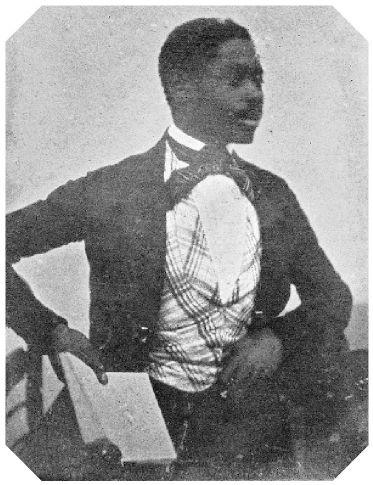 Kwasi Boachi as a young man 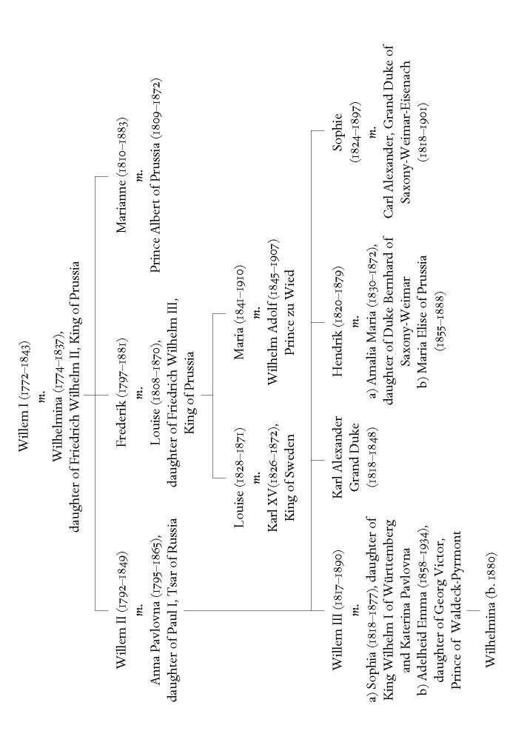 The first ten years of my life I was not black. I was in many ways different from those around me, but not darker. That much I know. Then came the day when I became aware that my colour had deepened. Later, once I was black, I paled again.

On every tea field I had, I always planted some poinsettias, also called flame-leaf or euphorbia. A touch of scarlet amid the green every hundred yards or so prevents blindness among the pickers. Seeing the same colour for hours on end causes the vision to blur, like staring into the sun. A single flash of a different hue restores the contrast.

Such a lone red plant has a remarkable effect on its surroundings. Everything that is green draws together. Before the eye, all the variegated shades of green in the tea bushes, which were clearly distinguishable at first, blend into one sea of colour. Differences disappear. The decor becomes monotonous. What else is there to say other than—yes, how green it all is. A very green sort of green. Or rather: it is offensively un-red!

Conversely, the red plant itself burns a brighter red when set off by the green than when it grows among its peers. In the bed I always reserved for poinsettia seedlings, there was little to distinguish one plant from its neighbours. My poinsettia did not turn scarlet until I planted it out in new surroundings. Colour is not something one has, colour is bestowed on one by others.

It is 1900. Anniversary celebrations are popular this year in Buitenzorg society. Wedding anniversaries, the anniversary of Grandmother’s demise, Madame’s umpteenth change of hair colour. Anything for a celebration. Indeed the new century is being fêted week in week out, and only so that ghosts may be laid. Everyone wishes to convince themselves and each other that all is well and that bygones should be bygones. A great show is made of having no fears about the future.

And so word has been put about that it is half a century since I arrived in the Indies. Congratulations for nothing! Notwithstanding my profound reluctance, Adeline Renselaar, Mrs. van Zadelhof’s cousin, has set her mind on having a celebration. She has already involved three families in her machinations, and was even seen in the Deer Park last week, chattering to the governor about this very matter.

A small committee of organizers sprang a visit on me this morning to discuss the timing and location of my jubilee. They enquired after the sensitivities of my elderly stomach, so that they might take them into account when planning the menu for the banquet. The style of 1850, which is the date of my arrival in Java, is to prevail in every detail. It is no concern of mine. The expense appears to be immaterial.

“We do not see much of you at our social gatherings,” said Mrs. Renselaar, that stout harpy with her eagle beak. “Of course that is your business entirely, but you cannot deny us the right to celebrate on your behalf. That would be unfair. One cannot grudge other people their pleasures. Besides, I wish to deepen our acquaintance. To think that we have been exchanging greetings all these years without the faintest idea of what was going on in each other’s lives. But now, now that my husband has told me about your, well, about the
a fair
. . . What I mean is, the least we can do now is pay tribute!”

I only heard half of what she said, because the whole time our farcical exchange lasted I could smell my coffee fields burning. I saw Willem Gongrijp give a little shudder of glee at each gust that came our way. He is the self-appointed master of ceremonies, while everyone knows he cannot wait for me to croak so that he can get his hands on my land. With him on the committee there is no need for a wicked fairy. I answered their questions with due civility, but when I finally got rid of them, the sense of time running out weighed heavily in my room. I crossed the river and sought eternity in Wayeng’s lap—twice in fact—but there is no love strong enough to deflect me from my thoughts.