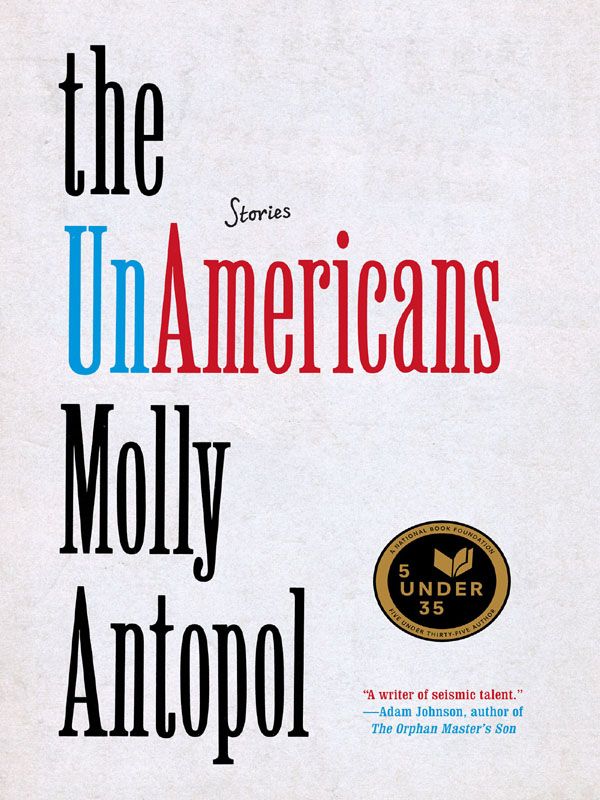 My Grandmother Tells Me This Story

No one wants to listen
to a man lament his solitary nights—myself included. Which is why, on an early fall morning four months after Gail left, when a woman breezed into my shop with a pinstriped skirt in her arms and said, “On what day this can be ready?” I didn’t write a receipt, tell her Tuesday and move on to the next customer. Instead I said, “Your accent. Russian?”

“The Jewel of the Baltic! I’ve read a lot about it,” I said. “The art, the food, those ancient fishing villages!” On and on I went—though I had not, in fact, read about it. I had, however, caught a television special once, but I remembered little more than twisted spires, dreary accordions, plates of pink fish, pocked and shiny.

“Ukraine,” she said slowly, “is not on the Baltic.” She had a wide pale face, full lips and short blond hair dyed the color of curry.

But she didn’t walk away. She squinted, as if trying to see me better. Then she leaned across the counter and extended her hand. “Svetlana Gumbar. But call me Sveta.”

“I’m Howard Siegel.” Then I blanked and blurted, “You can call me anytime you like.” She smiled, sort of. The lines sketching the corners of her eyes hinted she was closer to my age than to my daughter’s, for which I was thankful: it was too pathetic a jump from the twentysomething girlfriend to the earring and squirrelly ponytail. I laid out her skirt, examining it for stains, and when I finally worked up the nerve, I asked her to dinner.

“W
HAT ARE
you doing picking up women on the job?” my daughter said that evening over chicken at her place.

“What’s wrong with that?”

“There are better places to look for them. I know two women from Beit Adar who would love to meet you.”

Beth was still lovely—dark and freckled with eyebrows too thick for her face—but the silk kerchief covering her hair would take some getting used to. So would the mezuzahs hanging in every doorway of her new Brooklyn apartment, the shelf of Hebrew prayer books I doubted she could even read. This was, to say the least, a recent development. And what timing. Right when I was trying to learn how to live alone after forty years of marriage, Beth had left for Jerusalem. And, worse, she came back born again—and with a fiancé, Ya’akov, who happened to be a fool.

“Listen,” I said, “I’ve got a feeling about Sveta. You trust my taste in women, don’t you, Beth?”

“But why rule out other prospects?” the fool said.

“I’m the one who has to spend an evening with these women, making small talk!”

“Still,” he said, “give them a chance.” Ya’akov was small and wiry, with agitated little hands and a kippah that slid around his slick brown hair, like even it didn’t know what it was doing on his head. He was from Long Island. He had once been Jake “The Snake,” pledgemaster of his fraternity. At the wedding his brothers from Sigma Phi had looked as flummoxed as his parents, as if everyone were waiting for Jake to confess that his religious awakening was just an elaborate prank.

“All my wife’s trying to say,” Ya’akov continued, “is that we know plenty of nice women.”

“Maybe you could let Beth speak for herself,
Jake.
”

“I just want to meet someone the normal way,” I said. “Shopping for romance after services just doesn’t sound like love.”

“What do you think love should be, then?” Beth asked.

O
UTSIDE THE
coffee shop windows, the swell of late-nighters sauntered past, their gazes concentrated and steady. Sveta looked so much more serene than the rest of the city, tiny and smiling in the big green booth, holding her tea mug with both hands. I sipped my coffee and listened to the goofy beat of my heart.

“You ask every woman you meet in cleaners on dates?” Sveta said, swallowing a bite of cheesecake. Her blouse was the same salmon shade as her lipstick, and riding up her wrist were gold bracelets that clinked when she set down her fork.

“Absolutely not! I’ve worked there my entire life and you’re the first.”

“You work at cleaners your whole life?”

“Not just one cleaners—I own five. The original store on Houston, one in Murray Hill,” I said, counting them off on my fingers, “two on the Upper West Side and the one on 33rd where you met me. It’s been in the family since my grandfather. He was a tailor in Kiev, came here and started the business. If my grandfather had been a brain surgeon, I’d be a brain surgeon now, too.”

“Not me, my grandfather. I’ve never stepped foot there.”

But Sveta didn’t seem to be listening. “
I
am from Kiev!” She reached across the table and squeezed my hand. “Our people are coming from same place.”

Our people? My people were from Ditmas Avenue. My people had left Ukraine before the Cossacks could impregnate their wives. As a boy, I’d been dragged to visit my grandfather in White Plains, where our family kept him in assisted living. I’d been forced to sit on the tip of his bed, the smell of green beans and condensed milk heavy in the air, and listen to his stories of moldy potatoes for dinner, of the village beauty’s jaw shattered by the hoof of an angry horse. I’d heard stories of windows smashed, of my great-grandparents’ tombs knocked on their sides, the stones broken up and used to build roads. I’d imagined pasty faces wrapped tight in babushkas, soldiers charging through the streets with burning torches. I’d heard those stories so many times that they became only that to me: stories.

But I didn’t say that to Sveta. I didn’t say that, until I met her, I’d studiously avoided so much as looking for Ukraine on a map. I said, “What an amazing coincidence!” because I could understand how happy she was to meet a man who shared her roots on this side of the globe—and mostly because she was still squeezing my hand, and I would have done anything to stop her from letting go. “What brought you here, then, from the marvelous land of Ivan the Terrible?”

“And your
husband
doesn’t mind your going out with every dry cleaner you meet?”

“How would he know? He’s dead.” She spooned sugar into her tea and—was this really her deft way of changing the subject?—read the quote on the tea bag aloud like it was something to ponder.

“If you are a minority of one, the truth is the truth,” she read. “What you think it means?”

I had no clue. And anyhow, I wanted to hear about the dead man. “You know where they come up with these quotes? At some warehouse out in San Francisco. Same place they make the Chinese fortunes for the cookies. The person who wrote this knows jack about truth.”