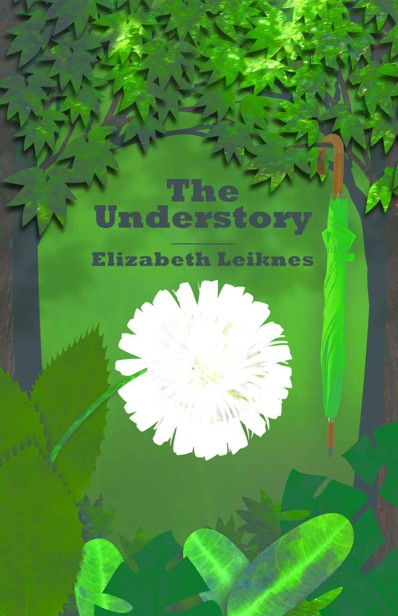 For Hardy and Hatcher

“When you come to a fork in the road, take it.”

“Someday you will be old enough to start reading fairy tales again.”

T
here once was a woman named Story Easton who couldn’t decide if she should kill herself or eat a double cheeseburger. As Story stared at her refrigerator, she decided it all depended on the cheese. Mozzarella—that would be fine. Cheddar—even better. But Swiss—if that was all she had, things were going to get dicey. Luckily, she found one last slice of pepper-jack, and thus decided to continue her unremarkable life.

Deep down, Story Easton knew what would happen if she attempted to off herself—she would fail. It was a matter of probability. This was not a new thing—failure. She was, and had always been, a failure of fairy-tale proportions. Quitting wasn’t Story’s problem. She had tried, really tried, lots of things during different stages of her life—Girl Scouts, the viola, gardening, Tommy Andrews from senior year American Lit—but zero cookie sales, four broken strings, two withered azalea bushes, and one uniquely humiliating breakup later, Story still had not tasted success, and with a shriveled-up writing career as her latest disappointment, she realized no magic slippers or fairy dust was going to rescue her from her Anti-Midas Touch. No Happily Ever After was coming.

So she had learned to find a certain comfort in failure. In addition to her own screw-ups, others’ mistakes became cozy blankets to cuddle, and she snuggled up to famous failures like most people embrace triumph.

The Battle of Little Bighorn—a thing of beauty.

The Bay of Pigs—delicious debacle.

Being a member of the Failure Club felt good. Mostly. At least she could close her eyes and pretend it did. So Story Easton lived in a not-so-far-away land, living a not-so triumphant life of failure without tears.

And one Sunday evening in October, the woman who came into this world too stubborn, too proud to cry, was fake-crying again.

She’d done it before. Once, when she was stopped for speeding, she’d broken into a whimpering sob just to see how it felt, for just a moment, to be someone who cried. At first the vulnerability was uncomfortable and foreign, but as she wallowed in it for a few seconds, pretending the weight of the world and the weight of the day had caught up with her, she pulled off an authentic performance.

But there were no tears. There were never any tears. Some things can’t be faked.

So in the humble kitchen of her rented house she stood—a bona fide realist who hadn’t truly cried since her father died when she was five, and even
that
she did in a closet where nobody could see. Something about lonely, quiet Sunday evenings always made her hungry, so she fried up a homemade cheeseburger, complete with extra onions—after all, who would she need to keep her breath fresh for? With paring knife in hand, she pierced the onion’s outer skin, cutting it into two perfect halves. The aroma began to burn her eyes, and when they welled up, she pretended, for a split second, to weep.

But a slight laugh replaced her pseudo-snivel when she saw how the onions had strangely assembled on the cutting board—five rings had formed a sloppy, but recognizable, Olympics logo. Story marveled at the sight of them. They weren’t interlocking—the rings themselves were intact—but still they gave the illusion of unity, which made Story feel even more alone.

A long time ago, back when she still believed in magic and saw tiny, shimmering mysteries in the flickering stars of the Phoenix skyline, even way back then, Story Easton wanted to be someone else. For as far back as her mind could remember, she imagined what it would be like to walk in other people’s shoes—and not in a figurative way, either. She wanted, literally, to pull on boots, slip into heels, lace up sneakers, whatever it took to get a glimpse of how it felt to have purpose.

Instead, she drifted through life with the constitution of a wispy, misguided breeze. Her subconscious desire to explore other people’s skins manifested in her clothing choices, and each day she wore different vintage thrift-store ensembles, hand-me-downs made from the fabrics of other people’s lives, other people’s stories woven into each second-hand thread. She hid behind these garments, disguising her real exterior, which was attractive, although she never bothered looking in the mirror. In general, her beauty was contradictory—her rich, auburn hair shined more than her attitude, and her soft, full lips, beautiful by any artist’s standard, spewed out hard, caustic words. Like many things in nature, Story was simultaneously beautiful and dangerous.

So Story Easton pushed up the flouncy sleeves on her recycled peasant shirt embroidered with tiny flowers, and ate her cheeseburger. She then finished a game of solitaire. With her emerald-green eyes, she glanced at the confident Queen of Hearts that lay in front of her.
Ah, it must be good to be queen
, she thought.
With a fabulously sexy and witty king to sit by, throne-side, while servants danced about, delivering the day’s exciting agenda with trays heaping with mini-cheeseburgers.

But there was no king. And no exciting agenda, either. Earlier in the day, when Story had gone to the local grocery store to buy a bigger wine glass (that way she could tell herself she only drank two glasses on rough evenings, even though it was a whole bottle), the clerk made the mistake of getting personal.

“Just one?” the perky clerk had asked while scanning the bar code stuck to the bottom of the wine glass stem.

And then the clerk asked another question, unaware how Story Easton hated inquiries. “Doin’ anything fun today?” she said, an annoying smile engulfing her face.

Hmmm, which should I do first today?
Story had thought.
Romantic picnic or finish the novel my high-profile literary agent is dying to read?
Story decided to reply with something that would shut Chatty Cathy up, so she stared straight into the clerk’s bright eyes. “I’m going to do something inappropriate with my cat.”

But the clerk just giggled and wrapped the glass in brown packing paper. “Something inappropriate to your poor sweet cat? Why?”