The Unreachable Stars: Book #11 of The Human Chronicles Saga 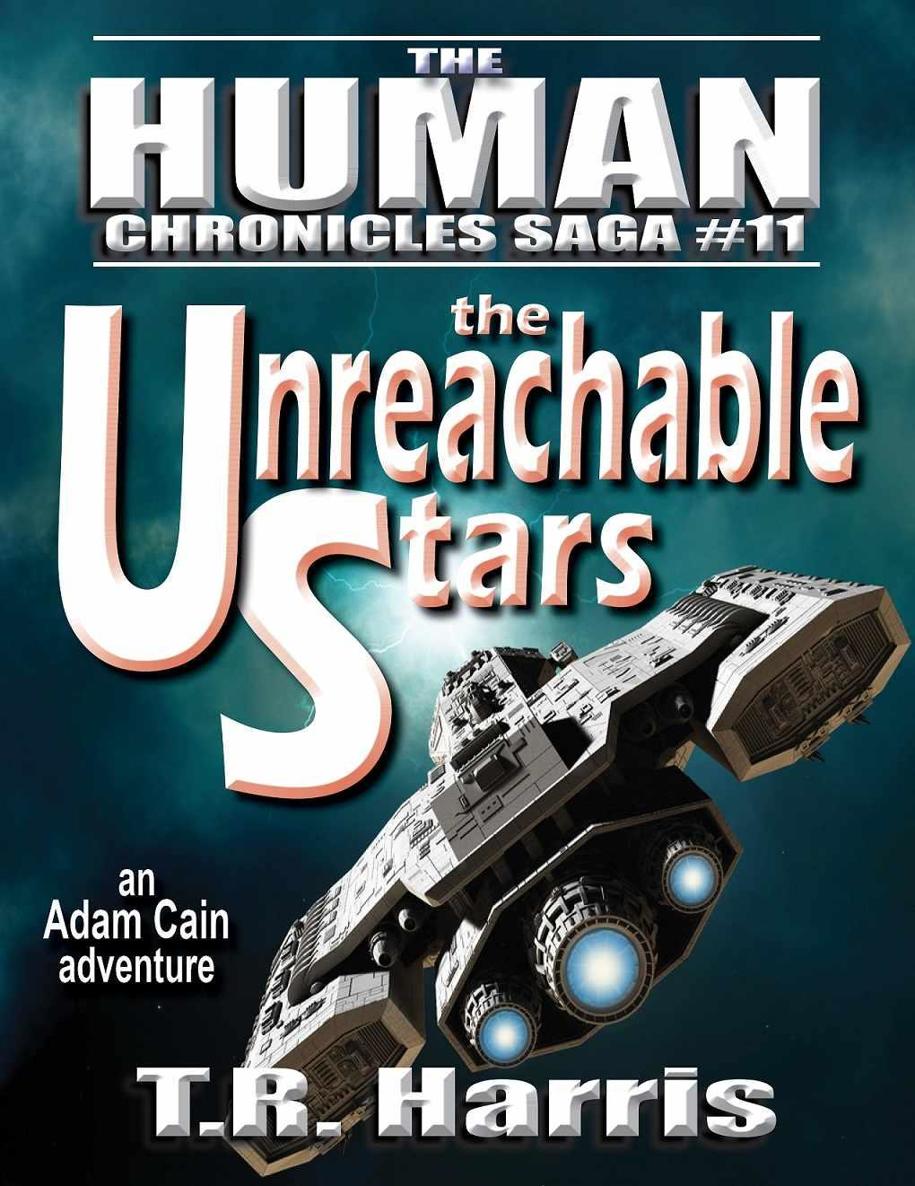 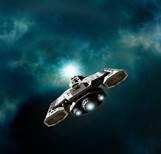 All rights reserved, without limiting the rights under copyright reserved above, no part of this publication may be reproduced, stored in or introduced into a retrieval system, or transmitted, in any form, or by any means (electronic, mechanically, photocopying, recording, or otherwise) without the prior written permission of both the copyright owner and the above publisher of this book. This is a work of fiction. Names, characters, places, brands, media and incidents are either the product of the author’s imagination or are used fictitiously.

If you would like to be included on the master email list to receive updates and announcements regarding the series, including release notices of upcoming books, purchase specials and more, please fill out the
Subscribe
form below: 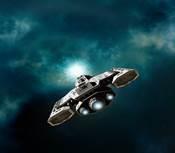 Book 4 –
The Tactics of Revenge

Book 5 –
The Legend of Earth

Book 8 –
A Galaxy to Conquer

Book 9 –
The Masters of War

Book 1 –
The Enclaves of Sylox

In collaboration with author George Wier…

Captains Malicious
– Book One of the
Liberation Series

High-Noslead Risnes Sala
scanned the report before tossing the sheets of thin plastic on his desk in disgust. “Inferior stock, without a doubt.”

“Agreed,” said First-Solicitor Cron Sinol, the other Sol-Kor officer in the room. “Yet the system is lightly defended, so the harvest should be uneventful.”

“It will take a dozen such crops to equal one from the choice worlds.”

Sala stopped there, not wishing to speak ill of the Queen’s decisions, especially not in front of a subordinate. Yet Cron Sinol was a close confidant of the High-Noslead, having served with him in two other dimensions and through countless harvests. He knew Sala would welcome the opportunity to speak his mind without fear of reprisal.

“The Queen wishes the others time to fulfill her demands before proceeding to their core worlds,” Sinol said. “News of this harvest—as well as the others—will only serve to hasten their actions.”

Sala crossed to the huge observation window set in the bulkhead of his private compartment and stared out at the distant ball of light that was the target world. From this vantage point he could see at least a dozen of the hundred beam platforms speeding past his flagship on their way to encircle the planet. It would take another forty standard hours before the beam saturation could begin, and then another twenty before the harvesters would land. That was when the truly tedious work began, the often weeks-long collection of the near-comatose stock.

The Sol-Kor preferred their food to be fresh. Most breeds would succumb to the elements within just a few days, their fallen bodies soon dying and rot setting in; however, the crop would remain in acceptable condition for several days thereafter, since most of the wild animals on the planet would have succumbed to the effects of the pulse beam as well. But the lower life forms, along with various forms of bacteria, would begin to take their toll.

The reaper fleet consisted of over ten thousand harvesters. Yet even with that number of ships, the job was never completed in time. The most High-Noslead Sala could hope for was a forty to fifty percent retrieval. The rest of the population would be left to decay, along with whatever signs of civilization the species might have achieved by the time of their premature extinction. Even with more ships concentrating on a single world, the most Sala could hope for would be upwards of sixty percent. That was why he chose to spread his four reaper fleets amongst four target worlds at a time and pull off the freshest stock without too much effort, rather than rush to salvage what was often a quickly decaying crop.

But now he was under orders not to pursue the richest stock yet found—in any universe! That, in itself, was inexplicable.

“You know I would concentrate all the fleets on a single world of the prime stock if given the opportunity,” he said to Sinol without turning from the viewport. “I could then deliver to the Colony a near one hundred percent harvest of the finest stock we’ve ever found. There are at least a thousand such worlds in this galaxy alone, and this is only the beginning of our excursion into this dimension. Imagine what other riches we will find.”

“I agree, and you know full well that once Panur is returned to the Colony that the Queen will give you the proper authorization. You need only patience.”

Now Sala turned from the window. “Patience?” he snapped. “You think I feel this way from a lack of patience? No, it is because I have read the reports—as have you, First-Solicitor. In the relatively short time we have been here, the natives of this galaxy have been able to defeat our anchor fleet and destroy two portal arrays. They have also managed to find a way to neutralize Panur’s supposedly impervious pulse beam. And worst of all, they managed in infiltrate
our
universe and attack the Queen! Never in our history have such events taken place … at least not in respect to an assault on the Queen herself. Now each day that passes without us confronting the superior species of this galaxy, they are afforded the opportunity to mount an even more effective defense, possibly even an offensive force to send against us.”

Cron Sinol shifted nervously in his chair. “Much of the blame for the earlier defeats was placed on Noslead Vosmin, as well as Panur’s collaboration with the Human food stock. Only through his efforts could they have taken such an action against the Queen.”

“I care not where blame is placed,” Sala barked. “All I care about are results. We waste our time picking at the scraps along the edge of this field while the true bounty is sitting right before us. By harvesting the richest crops in this galaxy we would also eliminate the threat they pose. It’s the best solution all around.”

“I’m sure the Queen is aware of that as well, yet she desires Panur to be returned before advancing. Her overtures have been made to the superior races. She must let the process mature. If that fails, then she will make a blanket appeal to the entire galaxy. As in the past, Panur
will
be returned.”

“And why, Sinol? Why must he always be returned? We already have the means to travel between universes and subdue entire worlds with his trans-dimensional portals and pulse beam. In the time it will take the natives here to find and return the mutant, I could harvest a thousand worlds, which would allow for even more growth for the Colony. Is that not our sole purpose for existing—for the good of the Colony?”

“And in the opinion of the Queen, having Panur once again within her court also serves the Colony,” the First-Solicitor countered. “We are not privy to the goings-on within the upper chambers of the hive. We do not know what purpose Panur will serve once he’s returned. The Queen commands it, and so it shall be done.”

Sala turned back to the viewport. “Of course it will be done, Sinol. I have not achieved such a high ranking by going against my Queen, and I will not go against her now. Yet I too hold the Colony’s wellbeing as my main priority. So here are my new orders: Expedite the harvest of this inferior crop. Settle on thirty percent if need be, but have us out of here in eight standard days and on to the next target.”

“Just do it,” Sala commanded. “If the Queen wishes for the natives of this galaxy to return the alien, then we must give them the incentive to do so, and sooner rather than delay. We should harvest as many worlds as we can, as fast as we can, and make sure the powers here know of it. Let them fear us even more than they already do. Let them believe that their only salvation lies in Panur’s return.”

“I see the logic, High-Noslead,” said Sinol. “And if we move in closer to the core worlds, that will evoke even more anticipation on their part.”

“Precisely. That way the Queen gets her precious mutant returned and we will be free to act sooner, before the natives are able to mount a defense against us. Sinol, I am not about to let the finest crop we’ve ever detected go to waste, not when it is within our grasp. I will abide by the Queen’s wishes, yet I will also do all I can to speed up the process.”

Sinol smiled. “And that is why you have achieved the rank you have in such a short time, my High-Noslead. You are one to be admired and emulated.”

“Agreed,” said Sala without conceit. “Now go and coordinate the shortened harvest. We move closer to the core worlds of the Juireans and the Humans. Then let’s see how long it takes them to find the Queen’s elusive mutant.”

Drummer In the Dark by T. Davis Bunn
The Chocolate Money by Ashley Prentice Norton
El caballero del rubí by David Eddings
The Third-Class Genie by Robert Leeson
Promissory Payback by Laurel Dewey
The Prisoner of Guantanamo by Dan Fesperman
In the Mood for Love by Beth Ciotta
The Warden by Madeleine Roux
Whirlwind by Liparulo, Robert
Bogeywoman by Jaimy Gordon