The Unseen Tempest (Lords of Arcadia) 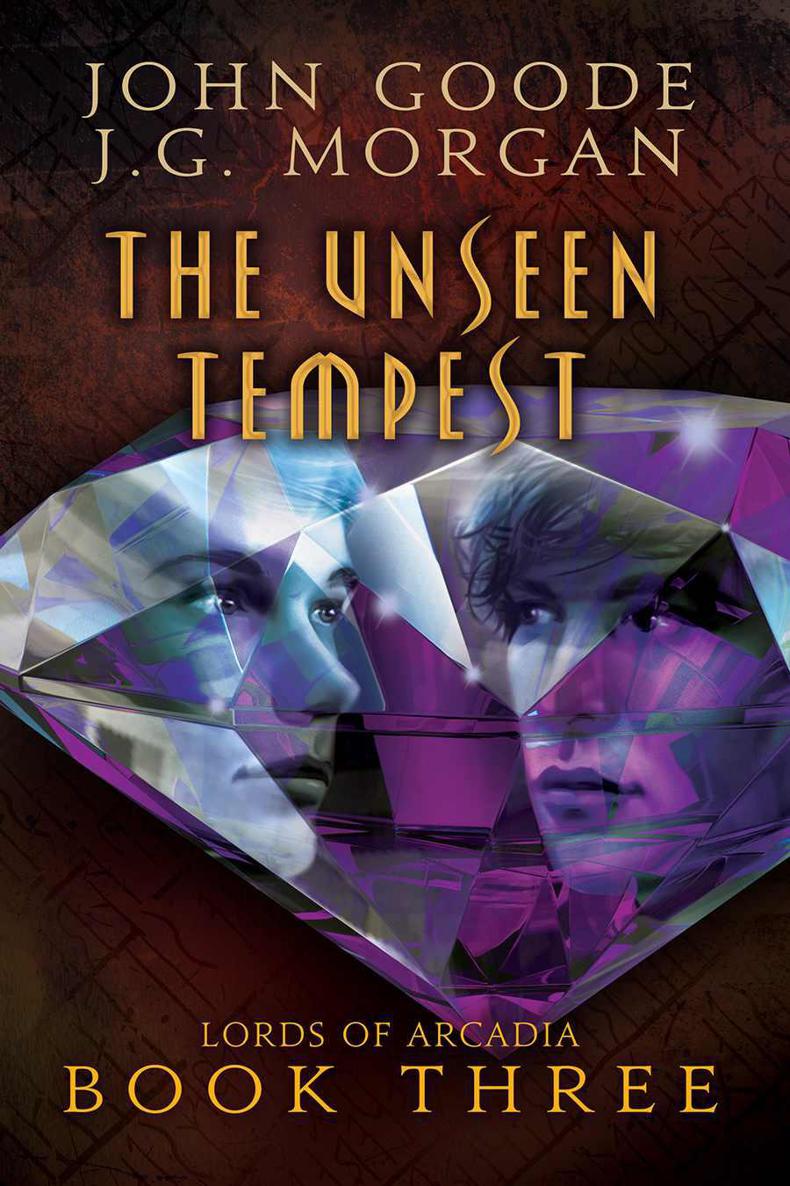 “Mr. Goode does what he does so well. He starts us on a journey with wonderful characters, entertains us with their humor and goodness, then blinds us with the sheer realness of their hearts and souls.”

—A Bear on Books

“The characters touch your heart with a bit of magic and give you insight into what it is like to be a teenager in a small town feeling completely different.”

"John Goode has woven an irresistible tale of magic and mayhem and music that has charms to soothe the savage breast—or, rather, to ensorcell the unsuspecting faerie.”

“Goode’s mastery of the written word is in full force here; his power to turn simple phrases into descriptive goldmines is unprecedented.”

“It is a love story that triumphs in the face of the improbable and discounts the probability of the impossible...”

“It’s in the sequel, however, that Goode really allows his creativity to roam free. Here he combines traditional folklore and fairy tales with creatures and lands of his own invention, ending up with something that is wholly original.”

To Wish for Impossible Things

The Unseen Tempest (with J.G. Morgan) 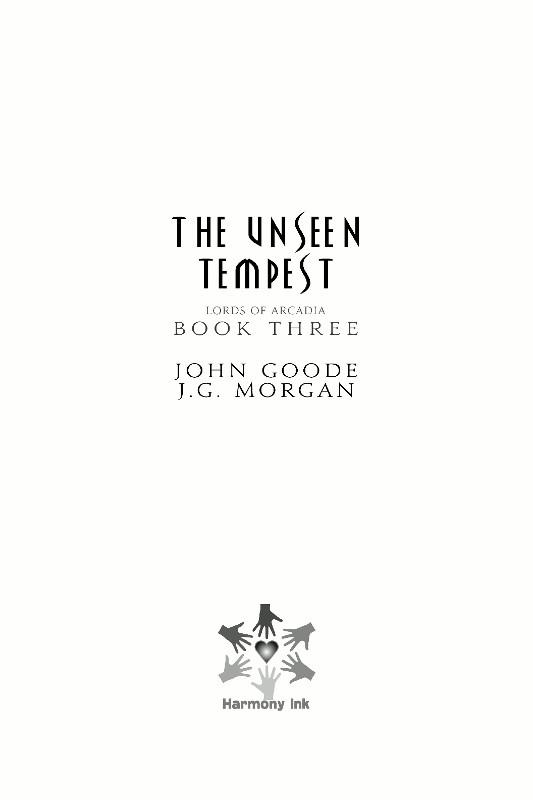 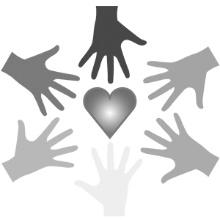 T
HIS
BOOK
is dedicated to Andy, who taught me how to play D&D. He showed me how to make worlds that never existed seem real, a gift I can never repay.

It is also for Jeff, Michael, Heather, Matt, Wayne, Chris, Tom, Mike, Jim, Gina, Woogie, and everyone else who helped me define the boundaries of the Nine Realms. They are the true adventurers in this story.

“Nearly every culture in the Nine Realms

has some form of tradition concerning

their dead. Even the ones known for their

immortality have some ritual for burying

a companion that has passed.”

V
ERY
FEW
places in the Nine Realms can be described as pristine or untouched.

In the span of all known time, nearly every place in existence has been observed and changed by some outside agency. It is in the living’s nature to change what they find into something else; consider it part of our celestial DNA. We are always changing what we find into what we want.

But there are places that are considered sacrosanct to anyone who lays eyes on them. These locations are rare, and all have considerable history behind them. The number of sites varies from realm to realm, but every realm has at least one.

In the Realm of the Earth it is called Kh’zdule’s Crown, and it’s the highest point in Djupur Byrjun.

Located in the mountains of Pordan, the highest peak is called Gott’s Ascent, and it is considered a holy place by the realm’s dwarven population. The rumor is that this very spot was where Gott, the dwarven god, had crafted and thrown the world in its entirety before firing it in his massive kiln. Most importantly, the peak was the last place Gott had set foot on before ascending to a higher plane.

Kane and his companions were the first beings other than dwarves to visit the spot. They were also the first visitors, dwarf or nondwarf, to bring a dead body with them.

The wind and snow made visibility all but impossible, but if one could see through the cacophony of weather, they would see Ferra phase through the stone peak, followed by Ruber. Neither one spoke as they quickly got to work. Ruber pushed his field outward, until it encompassed a diameter no greater than thirty feet.

One second the peak was buffeted by blinding gales of subzero winds and snow; the next the air was clear and as still as a church.

Ferra nodded at him. She closed her eyes and concentrated, sending warmth against the cold, rapidly heating the small space Ruber had carved. Seconds later, Adamas and the rest of the party stepped through the stone as well. The group of beings assembled inside Ruber’s sphere was the largest ever to stand where Gott had walked. The gem king had moved them five and a half miles straight up through the mountain, saving them a climb that would have normally taken months. Ferra extended her aura of warmth to its limits, while Ruber kept the usual environment at bay, making the area barely survivable. The wind screamed at them from the other side of the barrier, but inside it was quiet.

“Dammit!” Kane exclaimed as soon as they passed through the stone and became tangible again. He hugged himself and began to shiver as his body tried to process the sudden plunge in temperature. “I-I thought you were g-gonna make it warm!”

Ferra didn’t spare the human a look as she kept her eyes closed and did her best to strengthen her warmth. “This is as warm as I can make it.” Her light blue skin had begun to reform itself over the living ice that made up her body, making her look like she had been recently torn apart by wild animals. Over the past few days it had been an unappealing sight for the young human, but he was happy to see his friend getting better.

“Here,” Hawk said, slipping one arm out of his jacket and extending it over Kane’s shoulder. Almost instantly the coldness vanished.

Before Kane could ask how that was possible, memories provided the answer. The memories were Hawk’s, but he realized they had come to him exactly as his own memories would have. The jacket was enchanted to be protection against all environments, warm in the cold, cool in blazing heat. It had been a gift to Hawk on his fourteenth birthday from Oberon. Even as a teenager, Hawk had known the jacket had been commissioned by his mother, since Oberon had never expressed any compassion toward his son.

Kane mentally pulled away from his boyfriend’s mind as the overwhelming rush of information became too personal for him. Learning the processes and boundaries of mental bonding was an ongoing task for both of them. Neither was sure how far was too far, or if there was a “too far” at all.

Hawk looked over at him and smiled in understanding.

“Will this suffice?” Ruber asked once it was obvious they had all arrived safely.

A shrug was all the answer Ater gave as he put the body of his lover down on the frozen ground. It was bundled completely in basilisk leather, inscribed with sigils of power that prevented the contents from decomposing any more than they had, a gift from the Crystal Court. Adamas had offered to bury Pullus in the royal crypt, an honor that had never been offered to any nongemling in history, but Ater had politely refused.

Actually, he had apathetically refused, but no one had commented on it at the time.