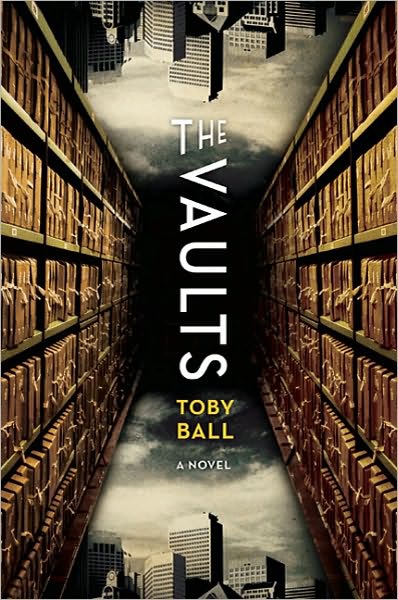 CHAPTER ONE HUNDRED AND ONE

CHAPTER ONE HUNDRED AND TWO

CHAPTER ONE HUNDRED AND THREE

CHAPTER ONE HUNDRED AND FOUR

CHAPTER ONE HUNDRED AND FIVE

For Deborah, Jacob, and Sadie

I owe a debt of gratitude to many people for their help and support.

Faith Ball and Susan Moger both read many drafts and their suggestions and critiques helped shape this book from the beginning. Jonathan Ball, Susanna Kahn, and Jacqueline Ball Smith also read early versions and provided feedback and support.

My life as a writer changed dramatically when I began working with my agent, Rob McQuilkin. He has taught me a tremendous amount and he, along with his colleague Rachel Vogel, provided crucial guidance in making this book much stronger and getting it into the right hands. I look forward to a long partnership.

I am lucky to be working with my editor, Michael Homler, and the people at St. Martin’s Press. Michael guided this process with a steady hand and good humor, and was always available to explain, encourage, and offer insight.

There are more people than I could possibly name here who have helped me with their support, interest, and friendship, but I do want to single out a few people: Susanna, Pete, Jackson and Julia Kahn; Dorothy and Richard Saunders; Doris and Bob Ball; Terrence and Martin Sweeney; Paul Nyhan; Pete and Connie Walden; Chris Hodgson; my manager, Jacob Ball; the women at the Newmarket Public Library; and the people at Clean Air-Cool Planet, the Family Research Laboratory and the Crimes against Children Research Center who do the really important work. Also, thank you to the Newmarket/Durham mob: Vaso, Christopher, A-Train, Doug, Emma, T-Bone, Denise, Val, Tim, Blake, Britta, John, Lisa, Ian, Stephanie, Heidi, Cliff, Ben, Alex, Tim, Elly, Ollie, Tillie, Charlie, Morgan, Ted, Lauren, Dudley, Tom, Phyllis, Ray, Hunter, and Littlefoot.

Thank you to my parents, Faith and Jonathan Ball, for their lifelong love and support.

And finally, thank you to my wife, Deborah Walden, who has been by my side through it all, and to Jacob and Sadie, who give me joy every day. I love you very much.

The Vaults took up nearly half a city block. Files arranged in shelves arranged in rows; files from every case handled in the City for nearly the past century; files arranged, cross-referenced, and indexed. So complicated and arcane was the system that at any given time only one living person understood it. At this time, that person was Arthur Puskis, Archivist. He was the fourth Archivist, inheriting the position from Gilad Abramowitz, who had gone mad in his final years and died soon after taking his leave of the Vaults. Abramowitz had mentored Puskis for the better part of ten years, explaining, as best as his addled mind allowed, the logic behind the system. Even so, it had taken Puskis most of the following decade to truly understand. He was now in his twenty-seventh year in the Vaults.

As happened every day, several times a day, O’Shea, the messenger from Headquarters, had brought a list of files to be pulled. Several items on the list were preceded by an asterisk, which meant that Puskis was to pull all cross-referenced files as well. Puskis had a file cart that he wheeled down the long aisles, searching for the appropriate shelves. The cart had a loose wheel that squeaked rhythmically with each rotation.

Puskis completed his rounds and returned to his desk with the requested files. He opened the files that had been asterisked and took down the numbers of the cross-referenced files. He then took the file cart and went to retrieve those files. Each aisle was illuminated at thirty-foot intervals by a bare electric lightbulb. Every journey consisted of walking from an illuminated area into a more twilit space and then back into illumination. None of the bulbs ever seemed to burn out, and Puskis was vaguely aware that the City sent someone around to check them periodically. Their collective hum was like some primal sound, one that could have emanated from the earth itself.

Initially, when he saw the adjacent file, C4583R series, subseries A132, file 18, he assumed he had made a mistake and retrieved the wrong file to begin with. He checked the file cart and found that he had in fact taken the correct file. This meant that there were actually two C4583R series, subseries A132, file 18s. Puskis removed the spectacles from the end of his long, thin nose, rolled his head around to loosen his neck, replaced the spectacles, and looked at the files again. Nothing had changed. The two files bore the same label.

He opened the one that had been left on the shelf. It was the file for a Reif DeGraffenreid, FACT identification number such and such, with this particular address and so on. He opened the one in the file cart. Again, the name was Reif DeGraffenreid, same FACT number, address, etc. Duplicate files? Puskis could not imagine himself capable of such sloppiness. A puzzle. Puskis put the second file in the file cart and returned to his desk to address this vexing problem.

Greatest Short Stories by Mulk Raj Anand
The Wildlife Games by Bindi Irwin
Sweetheart by Andrew Coburn
Angel in Scarlet: A Bound and Determined Novel by Lavinia Kent
Midsummer Magic by Julia Williams
Space Cadet by Robert A Heinlein
Amon by Kit Morgan
The Pop’s Rhinoceros by Lawrance Norflok
Chasing Terpsichore (Muses Across Time) by Mitchell, Maggie
The Adventures of Sir and Babygirl by Kayla Lords