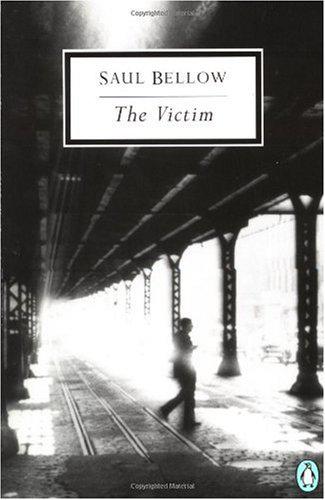 Bellow's second novel charts the descent into paranoia of Asa Leventhal, sub-editor of a trade magazine. With his wife away visiting her mother, Asa is alone, but not for long. His sister-in-law summons him to Staten Island to help with his sick nephew. Other demands mount, and readers witness a man losing control.

Saul Bellow
(1915-2005) wrote thirteen novels and numerous novellas and stories in his lifetime. He won the Nobel Prize in Literature in 1976.
Norman Rush
is the author of the novel
Mating
, which won the National Book Award, as well as the novel
Mortals
and the short story collection
Whites
.

It is related, O auspicious King, that there was a merchant of the merchants who had much wealth, and business in various cities. Now on a day he mounted horse and went forth to recover monies in certain towns, and the heat oppressed him; so he sat beneath a tree and, putting his hand into his saddle-bags, he took thence some broken bread and dried dates and began to break fast. When he had ended eating the dates he threw away the stones with force and lo! an Ifrit appeared, huge of stature and brandishing a drawn sword, wherewith he approached the merchant and said, "Stand up that I may slay thee even as thou slewest my son!" Asked the merchant, "How have I slain thy son?" and he answered, "When thou atest dates and threwest away the stones they struck my son full in the breast as he was walking by, so that he died forthwith."

Be that as it may, now it was that upon the rocking waters of the ocean the human face began to reveal itself; the sea appeared paved with innumerable faces, upturned to the heavens; faces, imploring, wrathful, despairing; faces that surged upward by thousands, by myriads, by generations...

--DE QUINCEY, The Pains of Opium