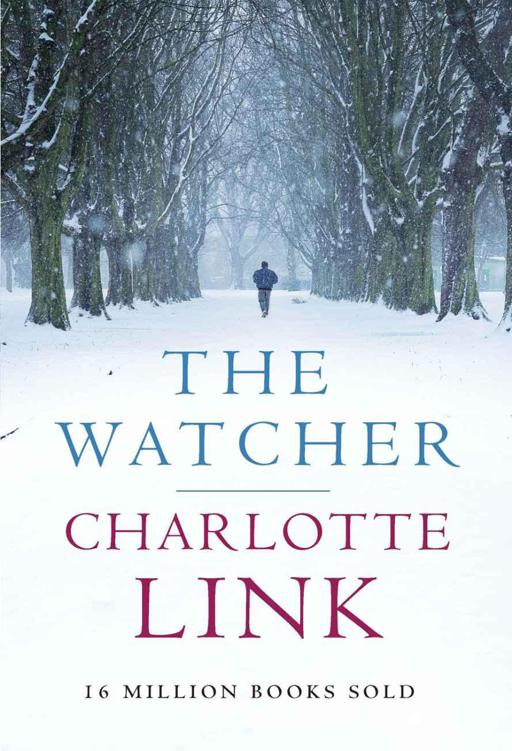 Translated from the German by Stefan Tobler

He wondered if his wife had noticed anything yet . . . Sometimes she looked at him so strangely. Suspiciously. She didn’t say anything, but that didn’t mean that she wasn’t watching him closely. And drawing her own conclusions.

They had married in April. It was now September and they were still in the phase where they were careful around each other, trying not to reveal their own eccentricities too clearly. Yet he could see that one day his wife would become a nagger. She was not the type to get involved in a shouting match, throw plates or threaten to kick him out. She was the type to go on and on at him, quietly moaning about things and driving him round the bend.

But for now she kept a lid on it. She tried to do everything just as he wanted. She cooked the food he liked, put his beer in the fridge in plenty of time, ironed his shirts and trousers, and watched the sports shows on TV with him, even though she preferred romantic films.

And all the while she was keeping an eye on him. At least, that was what it felt like to him.

She had married him because she could not live without a husband, because she needed to feel protected, cherished and cared for. He had married her because he had been close to the edge: no stable job, little money. He had felt that he had come unstuck at some point. He had already started to drink too much. At that point he had still been able to find a few odd jobs and pay the rent on the unappealing little flat he lived in. But he was losing courage. He could no longer see a future for himself.

And then Lucy had come along with the little cycle repair shop that she had inherited from her late husband. He had seized the chance. He had always had an eye for opportunities and he was proud not to be a ditherer.

Now he was married. He had a roof over his head. He had work.

His life was on track again.

And
her
was not Lucy.

She
had blonde hair. Not the poorly dyed blonde of Lucy’s hair, which was already grey here and there. No, proper blonde. Her hair flowed down to her waist and shimmered in the sun like a cloth of golden silk. She had blue-green eyes. Depending on how bright the light outside was, but also on the colour of the clothes she was wearing and of the background, her eyes sometimes looked as blue as forget-me-nots or as green as the sea could be. This intensive play of colour in her eyes fascinated him. He had not seen anything like it in anyone else’s eyes.

He loved her hands, too. They were delicate and slender. Her fingers were long and slim.

He loved her legs. Delicate too. Almost fragile. Everything about her was. As if she were carved from a pale-coloured piece of noble wood by someone who had taken a lot of time and effort over her. Nothing about her was ordinary or coarse. She was loveliness personified.

When he thought of her, he broke out in a sweat. When he saw her, he could not take his eyes off her. That was probably what Lucy had noticed. He tried to be near the garden gate whenever she came down the street. Normally he would give a bike he had just repaired a test run on the pavement, in order to have an excuse to hang around. He loved the way she moved. The spring in her step. She didn’t move awkwardly; she took long strides. There was so much energy in everything she did. Whether she ran or spoke or laughed: yes, unlimited energy. Strength.

Beauty. Such an overabundance of beauty and perfection that it was sometimes hard to believe it was possible.

Was what he felt love? It had to be love, and not just greed, excitement and everything else that came with it, but which only came because he loved her. Love was the beginning, the ground in which his longing grew. This longing that he could not muster for Lucy. Lucy was an emergency solution and not one that he could give up, because without Lucy he would be a social wreck. Lucy was a bitter necessity. Life sometimes demanded that you had to give in to bitter necessity. He had learnt long ago that there was no point in fighting it.

And yet everything in him rebelled against it. And then he would be flooded with a wave of overwhelming helplessness. For what chance did he have? He was not attractive. He had no illusions about that. In the past, yes, but now . . . He owed his belly to his predilection for beer and fatty foods. His face was bloated. He was forty-eight years old and looked ten years older, especially when he had drunk too much of an evening. Unfortunately he could not break the habit. He ought to exercise and eat more vegetables, drink water or tea, but it just was not that easy to change thirty years of habit at a snap of the fingers. He wondered whether this elf, this sprite, would still be able to love him, in spite of his belly, the bags under his eyes and the fact that he huffed and sweated at the smallest exertion. He had inner qualities, and perhaps he would be able to communicate them to her. Because he had known for a while now that he would not be able to do without her. In spite of Lucy and her jealousy and the risk he was taking.

He was a forty-eight-year-old fatty whose body and soul were aflame.

The problem was that she, the elf, the being he longed for day and night, was so much younger. So very much younger.

Liza managed to slip out of the room unseen just as the man readied himself to give a speech on the occasion of his father’s birthday. He had tapped a fork against his glass several times until finally the hundred guests had cottoned on. The background roar of laughter and talk disappeared and everyone’s eyes turned on the nervous man, who seemed at that moment to regret nothing so much as his decision to make a speech on his father’s seventy-fifth birthday.

The speaker was turning alternately red and white. He got into such a muddle over his words that it took him three goes before he really got started. A few men in the audience made jokes to their neighbours. He had certainly managed to attract everyone’s attention with his awkwardness.

The moment could not have been better.

During the last fifteen minutes Liza had already worked her way towards the exit. Now she only had to take two more steps to be outside. She closed the heavy door behind her and leant briefly against the wall, breathing deeply. How peaceful it was out here. How cool. The room had become unnaturally hot because it was so full. She had the impression that no one suffered from the heat as much as she did. Everyone else seemed to be enjoying the evening immensely. Beautiful clothes, jewellery, perfume, relaxed laughter. And she was in the middle of it all and yet blocked off from it as if by an invisible wall. She had smiled mechanically, had replied when someone asked her something. She had nodded or shaken her head and drunk her champagne, but the whole time she was numb. She felt as if she was a puppet and someone else was pulling the strings, so that she herself had no control over her movements. And that was what had been happening for years. Her life was not guided by a will of her own. If you could call what she had a
life
.

A young female employee of the elegant Kensington Hotel, a venue appropriate to the status of the man whose birthday it was, came by just then. She stopped a moment, unsure whether the woman leaning against the wall needed help. Liza supposed she must look the worse for wear, at least if she looked at all like she felt. She straightened herself up and tried to smile.

‘Everything all right?’ asked the employee.

She nodded. ‘Yes. It’s just . . . it’s pretty hot in there!’ She nodded towards the door. The young woman looked pityingly at her and then walked on. Liza realised she had to get to the ladies’ and do herself up. Judging by the expression on the woman’s face, she must look a right state.

The marble-floored room was bathed in a gentle light and quiet, calming music wafted from hidden speakers. She was afraid of meeting someone, but it appeared she was alone. No one seemed to be in the cubicles either. But as there were one hundred guests at the birthday party alone, as well as all the hotel’s other guests, this situation wouldn’t last long. Liza knew that someone could come in at any moment. She didn’t have much time.

Supporting herself on one of the luxury washbasins, she looked at herself in the mirror above it.

As so often when she looked into a mirror, she had the impression that she did not know the woman she saw. This was even true when she was not as stressed as she was now. Strands of her beautiful blonde hair, which she had pinned up at the start of the evening, were hanging messily down the sides of her face. Her lipstick was probably on the rim of her champagne flute. It certainly was no longer visible on her mouth. Her lips appeared very pale. She had been sweating heavily. Her nose was shiny and her make-up smudged.

She had felt it. Guessed it. That was why she had longed for nothing quite so much as to leave the dreadful room and its suffocating crowd of people. She had to get a grip again quickly and find a way to survive this evening. It could not go on for ever. The champagne reception was almost over. The buffet would soon commence. Thank God. That was better than a seated five-course meal, which could go on for hours and where anyone who made a quick getaway was immediately noticed – at least by their neighbours. A buffet offered many more possibilities for a discreet disappearing act.

She put her handbag down in front of herself on the marble-topped surface, fiddled nervously and clumsily with the catch and finally managed to fish out a tube of make-up and her compact. If only her hands would not shake so much. She had to be careful not to spill any on her dress. That would be all she needed tonight.