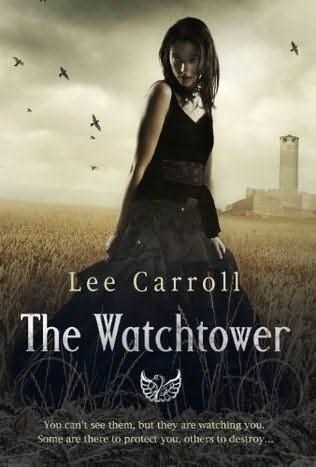 “A gothic and elegant page-turner.”
--
The Boston Globe
on
The Lake of Dead Languages
by Carol Goodman

“Goodman mixes literary prose with a page-turning plot, making her work appealing to a broad range of readers.
--
Library Journal
on
The Night Villa
by Carol Goodman

“Goodman has made a name for herself writing elegant literary thrillers. Graceful, fluid prose; an intricately plotted dual mystery set in the past and present; a strong heroine; and handsome and mysterious men all combine to make for a thoroughly scintillating read.”
--
Booklist
on
The Night Villa
by Carol Goodman

Jewelry designer Garet James is still coming to terms with the astounding revelation in BLACK SWAN RISING that she is the last in a long line of women sworn to protect the world from evil.  Now she has received a sign from Will Hughes, the 400-year-old vampire who once helped her defeat the evil threatening to destroy New York City.  Hughes, tortured by his own violent history which is vividly reenacted here, has asked her to join him on a quest to rid himself of his curse of vampirism.  While looking for Will in Paris, Garet encounters a number of mysterious figures-an ancient botanist metamorphosed into the oldest tree in Paris, a gnome who lives under the Labyrinth at the Jardin des Plantes, a librarian at the Institut Oceanographique, and a dryad in the Luxembourg Gardens.

Each encounter leads Garet closer to finding Will Hughes, but she realizes that she’s not the only one who’s trying to find the way to the magical world called the Summer Country. As Garet struggles to understand her family legacy, each answer she finds only leads to more questions—and to more danger.…

To our daughters, Nora and Maggie

23. The Most Scientific Medicine

34. The Hotel of Crocodiles

We thank once more our most perceptive and helpful U.S. editor, Paul Stevens, our publicity person at Tor Books, Aisha Cloud, and the fine agents who sold the trilogy, Loretta Barrett and Nick Mullendore. First-time thanks go to our astute new agent, Robin Rue, the most energetic and enthusiastic Simon Taylor and Lynsey Dalladay at our British publisher, Transworld, and our editor, Sebastian Pirling, at our German publisher, Heyne/Random House, who have all been fabulously supportive.

We would like to thank the brilliant poet and critic Eric Ormsby for his public and private support for Lee Carroll. As
The Watchtower
is part of a trilogy, we renew our gratitude for all those mentioned in
Black Swan Rising
: Harry Steven Lazerus, Wendy Gold Rossi, Scott Silverman, Nora Slonimsky, Maggie Vicknair, Ed Bernstein, and Sharon Kazzam. We'd also like to thank Amy Avnet for her advice on jewelry making. Deborah Harkness's outstanding scholarly work on Elizabethan science,
The Jewel House,
has provided invaluable background information.

Wonderful poets and writers Katherine Hastings (
Updraft
and
Sidhe
), Elizabeth Coleman (
The Saint of Lost Things
and
Let's
), Marcia Golub (
Secret Correspondence
and
Tale of the Forgotten Woman
), and Lauren Lipton (
It's About Your Husband
and
Mating Rituals of the North American Wasp
) have rendered superb feedback to Lee Carroll as both novelist and poet.

The Will Hughes poem "Her Ship's Dark Shape Drifts Slowly toward the Sun" was published in slightly different form and under the title "Farewell" in
Pythagoras in Love
by Lee Slonimsky, and appears by kind permission of Orchises Press.

The park outside the church smelled like pigeon droppings and cat pee. At least I hoped it was cat pee. After my first week in Paris, I realized that I hadn't seen any cats. Pigeons, yes. Each morning I sat with the pigeons and the still sleeping homeless people, waiting for my chance to sit inside the smallest, and surely the dimmest, little church in Paris in order to wait some more ... for what I wasn't sure. A sign. But I didn't even know what form that sign would take.

It had all started with a silver box I found in an antiques shop in Manhattan, which I had unwittingly opened for the evil Dr. John Dee--yes, John Dee, Queen Elizabeth's alchemist, who should have been dead almost four hundred years, but wasn't--unleashing the demons of discord and despair onto New York City. With the help of some fairies--Oberon, Puck, Ariel ... the whole Shakespearean crew plus a diminutive fire sprite named Lol--I had gotten the box back and closed it, only to have it stolen by Will Hughes, a rather charming four-hundred-year-old vampire whom I'd fallen in love with. Will had taken it to open a door to the Summer Country and release a creature who could make him mortal again so we could be together, so I suppose I could forgive him for that. But why hadn't he taken me with him? I would have followed Will on the path that led to the Summer Country. Will had told me on the first night we met wandering through the gardens outside the Cloisters that he had taken the path once before, following signs left behind by his beloved Marguerite, who turned out to be my ancestor. The first sign had appeared outside an old church in Paris. The path always changed, Will had told me, but it always started in that church. You just had to wait there for a sign that would tell you where to go next.

So when, months after Will disappeared, just when I thought I'd gotten over him, an anonymous art buyer sent to my father's gallery a painting of an old church in Paris, which my father identified as Saint-Julien-le-Pauvre in the Latin Quarter, I knew the painting must have come from Will and that he was asking me to join him on the path to the Summer Country.

I made my plane reservation right away and booked my room at the Hotel des Grandes Ecoles, the little Latin Quarter pension where my parents had spent their honeymoon. I told my father and friends Jay and Becky that I was going to Paris to research new jewelry designs at the Louvre and in the Museum of Decorative Arts. I read in their eyes how thin the pretext was, but they hadn't questioned me too deeply. After the events of last fall--a burglary, my father getting shot, me ending up burned and battered in Van Cortlandt Park in the Bronx--they didn't need to know more to think I could use a couple of weeks away. And what more diverting place to go than Paris?

If they had known I planned to spend my mornings sitting in a dim, musty church waiting for a sign from my vampire lover, perhaps they would have suggested a month in the Hamptons instead.

On my seventh morning in the church I had to admit that the old women with their string bags and the old men with their copies of
Le Monde
were all more likely to receive a sign from the doe-eyed saints on the walls than I was. I slipped out of the quiet church, avoiding the eyes of the black-robed priest, who, after seeing me here for seven mornings in a row, must have wondered, too, what I was looking for, and escaped into the only slightly more salubrious air of the Square Viviani.

Like the church, the Square Viviani needed something to boast of besides its homeless inhabitants and free Wi-Fi access. For Viviani, it was the oldest tree in Paris, a
Robinia pseucacia fabacees
planted in 1602 by the botanist Jean Robin, now leaning so perilously toward the walls of Saint-Julien that I found myself worrying that one of these mornings, on which I would no doubt still be sitting here waiting for my sign, the oldest tree in Paris would fall onto the oldest church in Paris and collapse with it, like the two old drunks curled up like nesting spoons on the next bench.

To keep such an event from happening, the city of Paris has propped the twenty-or-so-foot-tall tree up with a cement girder ingeniously sculpted to look like a tree itself, and the actual tree has been fortified against some blight with an unsightly patch of gray cement, one large enough that I could probably have squeezed into the hole it filled. It made me feel sorry for the tree ... or perhaps it's just that I was feeling sorry for myself.

To make my self-pity complete, a pigeon landed on my head. I was so startled I let out a yelp and the pigeon flapped indignantly to my feet and squawked at me. It was an unusual one, brown and long-necked, perhaps some indigenous European variety. I looked closer ... and the bird winked at me.

I laughed so loud that I woke up one of the sleeping drunks. She clutched her ancient mackintosh around her scrawny frame, pointed her bent fingers at me, and gummed a slurry of words that I interpreted to mean
He fooled you, didn't he?
Then she put her fingers to her mouth and I realized she was asking for a cigarette.

I didn't have a cigarette so I offered her a euro, and she slipped it into an interior pocket of her mac, which I noticed was a Burberry
and
her only garment. She pointed again to the brown pigeon, who had taken up a commanding pose atop the
Robinia pseudoacacia,
from which it regarded me dolefully.

I pointed to the pigeon and repeated the name, but she laughed and pointed to herself.

"Oh, you're Amelie," I said, wondering if it was her real name or one she'd taken because of the popular movie with Audrey Tautou.

"Garet," I told her, then gave her another euro and got up to go. If I needed a sign to show me that I was spending too much time in the Square Viviani, it was being on a first-name basis with the homeless there.

I decided to go to the other place I'd frequented this week--a little watch shop in the Marais. The owner, ninety-year-old Horatio Durant, was an old friend of my parents'. On the first day I had visited him, he took me on what he called a horological tour of Paris.

"They should call Paris the City of Time," he declared, striding down the rue de Rivoli, his cloud of white hair bobbing like a wind-borne cloud, "instead of the City of Light." He showed me the enormous train-station clock in the Musee d'Orsay and the modernist clock in the Quartier de l'Horloge composed of a brass-plated knight battling the elements in the shape of savage beasts. He took me to a watch exhibit at the Louvre, then to the Musee des Arts et Metiers to see the astrolabes and sundials, where I fell in love with a timepiece that had belonged to a sixteenth-century astrologer named Cosimo Ruggieri. It had the workings of a watch revealed through a transparent crystal, but its face was divided into years instead of hours. Stars and moons revolved around the perimeter, and inset into a small window, a tree lost its leaves, gained a snowy mantle, sprouted new leaves, and turned to blazing red. I sketched it again and again, making small changes, until I found I had an unbearable itch to cast it into metal. Monsieur Durant told me I was welcome to use his workshop. He lent me not only his tools, but also his expertise with watchmaking. A week later I had almost finished it.

The Man Behind the Mask by Maggie Cox
The Conqueror by Louis Shalako
Beastly Things by Leon, Donna
Seducing Seven (What Happens in Vegas) by MK Meredith
H. M. S. Cockerel by Dewey Lambdin
Your Irresistible Love by Layla Hagen
The Day of the Gecko by Robert G. Barrett
Jordan Summers by Off Limits (html)
Miser of Mayfair by Beaton, M.C.
A Star is Born by Robbie Michaels