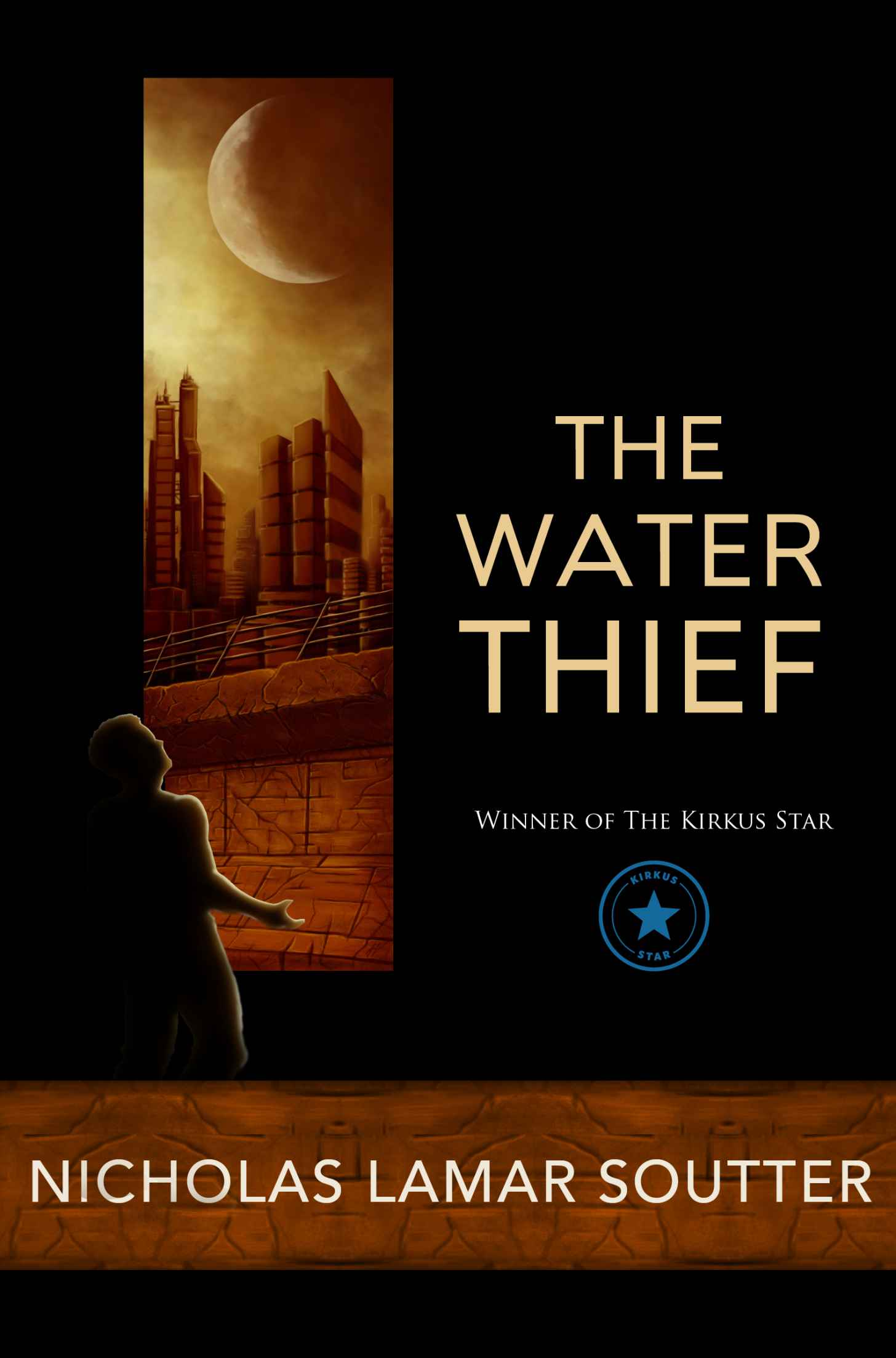 Excerpt
from The Executive Letters

For My Wife Holly, and for

"Capitalism is not about free competitive choices
among people who are reasonably equal in their buying and selling of economic
power. It is about concentrating capital, concentrating economic power in very
few hands, using that power to trash everyone who gets in their way."

First there would be poker, then
the executions. It’s perverse to dwell on the suffering of others, but on the
first Monday of every month I couldn’t think about much else. On the days I
bathed, I’d hold the soap in my hands and wonder if it was rendered from the
fat of someone I had seen strung up, maybe even someone I knew. Did it come
from their stomach fat? From someone’s dimpled thighs? I think probably the fat
from all the people executed publicly was melted together with everyone else
reclamated that day, or sold at mark-up for the novelty of it.

I also wondered it bothered anybody
else, this monthly spectacle. There was no way to tell, of course. Everybody
watched together on television, whooped and hollered in delight with each drop,
placed bets on whether the neck would break, or on how long it would take the
writhing to stop. Just like I did.

Beatrice took the car that morning,
so as usual I was on my bike. It was a god-awful contraption—I had to work to
keep the pedals from sliding off the crank arm, the handlebars were loose, the
struts were rusted out, and it had no brakes to speak of. At any moment the
clunker could send me careening into oncoming traffic. My right leg, which
always hurt in bad weather, was now seizing up on me. Still, all I could think
about were the hangings.

Maybe that was why I had an anxiety
disorder.

I hadn’t brought my pills with me.
If I had, I’d have been tempted to use them. Linus disapproved, and he could
always tell. I decided on a cigarette instead, but I had to be quick about it.
My permit was for outdoor smoking only, and the sky was getting darker, the
wind had picked up, and the sulfur in the air was getting stronger. I put the
executions out of my mind and pedaled to work as fast as I could.

I was a private citizen, which is
to say that I was the private property of the Ackerman Brothers Securities
& Investments firm. They held most of my futures, which meant that even
though I worked for them, they took back much of my income as dividends. That
was why my smoking permit had cost so much. Some poor actuary had to sit down
and calculate it all out—my future earnings potential and what effect my
smoking might have on it, the sympathetic effects on colleagues, collateral
damages to third parties and the environment, and so on. It took them nine
months to calculate the base line and they had to re-figure it every quarter to
account for changes in the market. It was a nightmare of accounting.

Sometimes I think that’s the reason
I took up smoking—my own little rebellion against the system. If everybody lit
up, maybe we could choke the firm on its own paperwork.

I rode up to work, one of the
thousands of anonymous Ackerman administrative buildings that dotted the
region. It was an old red brick-and-mortar monstrosity. The bricks were cracked
and covered in dirt, rust, and sclerotic fungus. I wheeled past a large field
in front with tall air-horn speakers posted at the corners. Morning
calisthenics had already started, and the tinny voice of our CEO, Takahiro
Takashi, boomed out over the yard.

I locked up my bike, pulling my
satchel from the back. The tan canvas bag was bursting with the loose-leaf
papers, pamphlets, and clippings I had collected earlier that morning. With the
bag slung over my shoulder, I slipped behind the building.

I pulled out my tobacco and worked
quickly, using the corner for cover. I leaned my shoulder into the wall,
shielding the loose leaves as I rolled the cigarette tight and licked it
closed.

A young man in dark blue police
overalls appeared behind me, an AK-47 slung over his shoulder. I had seen him
before, trolling the yard for infractions he could levy.

“Do you have a license for that?”
he asked.

The guy was a noob, fresh and
stupid on an order of magnitude I hadn’t seen in a good long time. Sure, a cop
could
go around catching criminals, but
there was no real money in it. Good cops (the rich ones anyway) knew it was a
lot easier to make their criminals. If my permit wasn’t in order, his
commission would be a lot higher if he waited till I lit the thing to bust me.
Heck, a really good cop would have found a way to get me to offer him one.

Of course, making criminals wasn’t
perfectly safe, either. Another cop could catch you doing it, or you could
hassle the wrong guy at the wrong time and find yourself on the business end of
a fine so big you’d be facing the rendering vats. The right amount of attitude
with the cops went a long way towards convincing them that you were that guy,
and this was that time.

I pulled out my ledger, that small,
ubiquitous electronic tablet which contained the sum of my total financial
life—from the in-utero debts I had incurred suckling nutrients from my mother,
to how much I paid in estimated air charges last year.

I was reasonably sure my permit was
in order. Still, there were a million different ways they could get you if they
wanted. There were an infinite number of contracts, clauses, exceptions,
amendments and corrections which, in spite of the loud and oft repeated
assurances from the best legal minds at Ackerman, I was reasonably sure nobody
fully understood. That was the beauty of the system—everybody was so busy
interpreting and litigating the little details of everyday life that nobody
could organize for any other purpose. Rebellion, insurgency, revolution, all of
these were impossible; civil unrest litigated out of existence.

I even had insurance against
nuisance challenges to my permit, for just that reason. This guy probably went
around hitting people with tiny violations that were cheaper to pay off than to
fight in court. Idiots always dragged down the efficiency of a market.

He held my ledger and thumb-swiped
through the details of my permit, grimacing as he read. He tried to salvage a
few caps off me by asking why I wasn’t in the yard for calisthenics, but we
both knew it wasn’t going anywhere.

It was a lie. My right leg had been
crushed years ago, and while I still had the scars, it rarely gave me much
trouble. But let’s face it, calisthenics sucked. I exaggerated a recent
flare-up to a doctor who wasn’t being paid quite enough to do a thorough exam,
and was willing to take a few extra caps to attest to things that weren’t
strictly speaking true. Lo and behold, no jumping jacks for six months. And I
have to say, though the exercises are mandatory, I’d never seen the C-Level
executives (like the CEO, CBO, or CAO) doing them—except for special events.
Our Chief Financial Officer was pushing three hundred and fifty pounds. But he
was the CFO, so I assume he could afford a better waiver than I could.

The rain started in earnest now.
The cop glared at me before handing me my ledger and walking away. In the
meantime my cigarette had dissolved into mush in my hand. Careful not to give
him an excuse by littering, I shoved the goop into my overalls and went inside.


The lights in the lobby were off,
and I could see only by the dim glow of the overcast skylight. Simon sat behind
the security desk and, as my eyes adjusted, it looked to me like he was reading
a book.

“Aren’t you going to turn on the
lights?” I asked.

I looked at my watch, but I
couldn’t make out the time. I lifted my hand and, sure enough, I couldn’t even
count the fingers just six inches from my face.

Who
is he kidding with that book? There’s no way he could be reading it.

I waited to see if he’d turn a page.
Nothing. I could hear my own clothes rustling as I walked to the bench at the
far side, where I unzipped my overalls, climbed out and straightened myself up,
letting my suit and tie breathe.

“They have lockers, you know,” said
a gloomy voice.

I sighed, pulled out a single cap
and placed it on the desk. “Yeah, but there’s a new insurance surcharge. I
haven’t had time to file for it, and without it someone’s going to swipe my
stuff.”

Simon just kept reading. He didn’t
even glance towards the cap. He might have been holding out for a five instead,
but in that light I could have put a twenty under his nose and he wouldn’t have
known it.

Shouldn’t
he have turned the page by now?

“Looks like rain,” I announced as I
packed my overalls.

“Not always,” I said, trying to be
cheery. “Besides, rain is a good thing. It takes the sulfur out of the air. If
we go too long without it, the next big storm eats through the roof of your
car.”

“Turns my hair green,” he said,
twisting the fragile, sickly colored strands with his finger.

“Well, you wouldn’t be the first.
Get an umbrella,” I said. “Weathador makes a great one, cheap too.”

“Sucks to an umbrella,” he replied.
“It’ll last a few months then I’ll have to replace it. They can’t make me buy
one.”

It’s
the executions,
I thought excitedly. But I had known Simon
almost a year, and if the executions bothered him, this was the first he’d ever
shown it. Besides, anybody who was so obvious in his dislike of anything
Ackerman did was going to get picked off quick.

“Nobody’s making you buy one. I
just thought—”

“Of course they’re making me buy
it,” he said, putting the book down. “That’s what they do.”

He didn’t answer. I wondered if it
was too late to go out into the field and do my push-ups.

The cap remained on the desk,
unmolested. I had the distinct impression that he was watching me. I couldn’t
see his face, but I was sure that somehow he could see mine. I nodded to him
and headed for the stairs as quickly as I could.

“They’re out,” Simon interjected,
returning to his book.

“Maintenance. They’re replacing the
banister. You’ll have to take the elevator.”

The elevator would take a load off
my leg, but at five cents a floor, that would be thirty-five up and thirty-five
down. Do that twice a day, plus lunch, that’s a cap forty for the day. Not a
lot, but a couple hundred employees came in and out of the seventh floor alone,
and the building had twelve floors. Yep, they’d rake in a little dough.