Read The Ways of the Dead Online

The Ways of the Dead 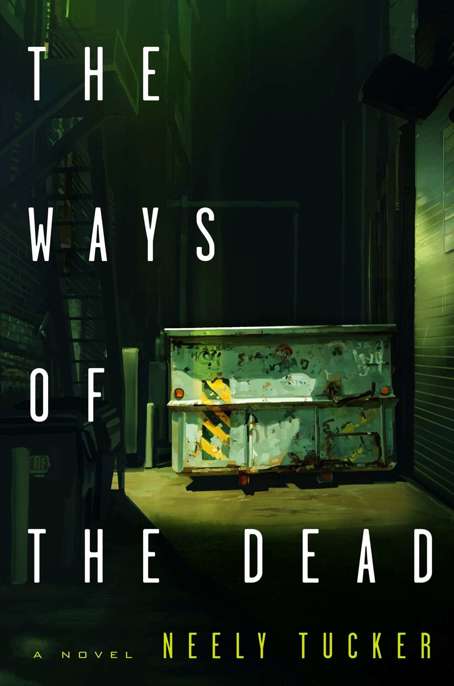 love in the driest season

The ways of the dead : a novel / Neely Tucker.

the best there ever was.

The evil that men do lives after them.

The women that were up there, they were living in the margins of life, they were with multiple people, they weren’t really missed right away, even by their own loved ones.

The first long
shadows were falling across Georgia Avenue when Sarah Reese trotted down the steps to the lobby after her dance class, a big, loose jacket pulled over her tights. She didn’t have long. Her mother was always a few minutes late, always dragging out happy hour drinks with her girlfriends downtown, but it wasn’t as if she had an hour to burn.

She stepped onto the sidewalk outside the studio and felt the light breeze ruffle her hair. She looked both ways across the four lanes of traffic, making sure she didn’t see her mother’s green Land Rover idling or approaching. She bit the inside of her lower lip, felt the small roll of bills in her left hand, and then jogged across the street at an angle.

It was the first day of October, three months before the end of the twentieth century. The leaves were turning their flaming colors of yellow and amber and red and burnt orange. The colors were lush at this early stage of fall, and the air through the trees, just off the Chesapeake, carried the traces of an autumn chill. Sarah felt it as a quickening coolness, the sweat drying against her spine, her thighs, turning her forearms to gooseflesh. It was Friday night, the sky arching from black in the east to indigo blue overhead to a blaze of orange and pink on the western horizon. She would meet Michael later, after her parents had gone to bed. She shivered at the thought of it—she couldn’t help it, her eyes sparkled—and she crossed the last lane of the street into the tiny parking lot of Doyle’s Market. It was an old brick building with peeling blue paint and a sagging roof. The little silver bells at the top of the glass front door
cling-cling
ed when she pushed it open.

The interior was dim. She had to slow down to let her eyes adjust, turning right down the first aisle, toward the refrigerated units at the back of the store. The aisles were narrow and creepy. The place was no bigger than a little row house, which it had once been. The shelves were overstuffed with paper towels and canned vegetables and little sausages in cans and things too nasty to touch. It reminded her of a haunted house, the dim pallor, the yellowed linoleum floors, the smell of stale cigarette smoke and unwashed laundry and spilled beer and, on top of it all, a smear of disinfectant. The older girls had told her about Doyle’s after class last spring, when she’d first started at Regina’s studio, how the little old lady with the big hair behind the counter would sell you cigarettes or a beer and never ask a “motherfucking thing,” as Letitia put it. The excursion made Sarah feel older than fifteen. It revved her up to do something her parents didn’t know about.

She got a bottle of vitamin water. Then she turned and navigated down the middle aisle to get gum. She would get the Virginia Slims and the condoms at the counter. The older girls had been right. Granny would sell you crank if it came with a price tag.

Sarah was bent down looking for the gum—mint, sugarless—when she heard the door open and the little bells
cling-cling
again. Loud male voices, laughter, profanity, bursting with accents that telegraphed into her ear as
danger bad ghetto black
. She looked up. Three boys coming down her aisle, wifebeater T-shirts untucked. One dribbling a basketball,
baddabaddabapbap
. The one in front, a wide, expressive face, his hair cropped close to the scalp, stopped.

“Whoo y’all lookit. Miss Dance America.” He looked Sarah in the eye and pushed backward two steps, the boys behind him peeping over his shoulder. His jeans were slung low on narrow hips. Boxer shorts bunched above the waistline. She froze, her eyes locked on his. Then she lowered her gaze and bolted past them. She could smell the sweat, the beer, the energy, a tang at the tip of her nose.

She went to the counter and realized she had not gotten the gum. The boys were walking up behind her, loud, dribbling, dribbling, dripping fat ugly drops of testosterone onto the linoleum—she could all but smell that, too. She didn’t turn around. Screw the gum and fuck the smokes. Michael could wrap his own rascal. She wanted out of there. She pulled out her wallet and got two ones, pushing them across the counter for the water, jamming the wallet back in her jacket.

Dolly Parton made change and handed it back to her. As Sarah reached for the coins, one of the boys jostled her. He bumped against her butt. Her hand sprang open from the surprise of it and her change fell out, bounced on the counter, and spilled to the floor. More laughter. A quarter spun around like a top on the linoleum.

“Blondie tossing cash, y’all.” This from the boy who had bumped her behind.

“Check that ass,” a different one, a whisper. “White girl got a little something.”
Sumpen.

“She gonna bend over.”

“And the booty go smack.”

Low fives, they were killing each other.

Sarah considered running out the door but stopped herself. Three obnoxious boys.
Boys
. She wasn’t going to act like a scared little rabbit.

She let out a breath, trying to slow down. She felt her weight shift backward and she went down in a single motion, bending her right leg back and down, keeping her arms near her sides until her right toe bent back and her right knee glided to a stop on the floor. The quarter she picked up with her left hand. Her right picked up one dime by the bottom rack. She found the other dime a few inches out in the aisle. They were both heads up. She was noticing everything. Then she pressed back on her right toe and down on her left foot and felt her body rise in a straight line. As she rose, she failed to notice that her wallet was so far out of her jacket pocket that the boy behind her, the one who had talked nasty, reached forward and gently pulled it out in a smooth, single motion.

“You got all your change, honey?”

Sarah looked up and it was Dolly Parton behind the counter, sounding like a train whistle in the dark. Her soft face was smudged with mascara and lipstick. There was a twinkle of fear behind her reading glasses. Sarah saw it, a spiky glimmer in the beady little pupils that was not supposed to be there. She wondered if Dolly could call 911.

“Got all of it?” Dolly repeated, sounding as if she were hooting from the outhouse, looking down at her, and now her potato face seemed to smile and Sarah wasn’t so sure if she saw the fear there or not.

Sarah nodded quickly, yes yes yes, ponytail bouncing, and she turned to the left to leave, her hair snapping sideways. She heard the boy behind her mutter, “Out front. Get the bitch when she out front.” One of the boys moved to the front door ahead of her, and there was a burst of noise, an exclamation from the other one, but she was too frightened to hear what it was. She took a half step toward the front of the store, mute, going numb, but then she looked to the rear of the store.

She all but sprinted for them, pushing both doors open, ready to start running, but she was in a dark storage room and there was yet another door with an exit sign tacked to it. There was another tattered sign that read
ALARM WILL SOUND
.

She stopped. Fuckfuckfuck. She blinked. The storage room was dark and narrow and there were rows of boxes stacked nearly to the ceiling, left and right. She turned around and could see the front part of the store through the swinging double doors she had just pushed through.

Options,
a nice word, came to the front of her mind. She could go out the exit door behind her and see where that went, but the alarm would sound and the police would come and she wasn’t going to do that. She could march back out front, past the boy who had bumped against her, and see what they had planned on the street out front.

That wasn’t going to happen, either.

No, she’d just call her mom from right here. Mom would be pissed and there would be a scene but she would know what to do. Sarah reached in her jacket for the Nokia and there was nothing. Her eyes flew open and she looked down, digging in the pockets, trying to turn the fabric inside out—nothing, no phone and no wallet. She patted her thighs, checking the pockets there, but she was wearing tights and there were no pockets. It dawned on her, in an ugly flash of memory, that she’d left the phone in her backpack at the studio. She smacked her thighs, twice and then three times, trying to make the pocket and the phone appear. She felt her shoulders start to shake and snot begin to bubble out of her nose.

The exit door behind her swung open, but the alarm didn’t sound. She turned, the shadows deepened, and then Sarah Reese dropped her change again.