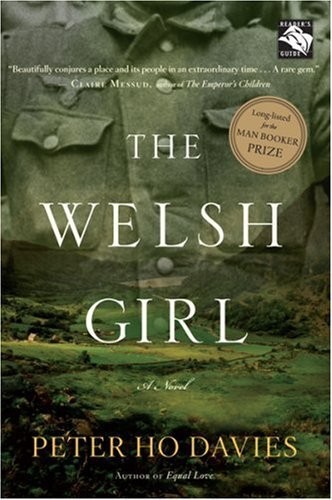 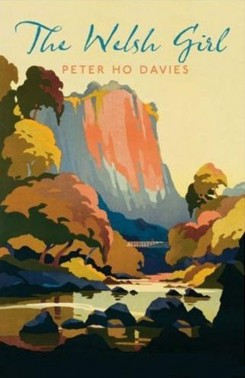 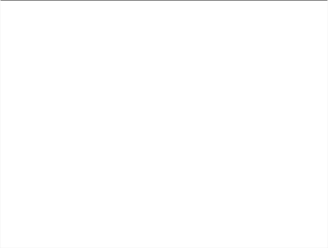 Esther, a WWII-era Welsh barmaid, finds her father--a fiercely nationalistic, anti-English shepherd--provincial; she daydreams that she'll elope to London with her secret sweetheart, an English soldier. In short order, Esther is raped by her boyfriend, and her Welsh village is turned into a dumping ground for German prisoners. Meanwhile, Karsten, a German POW who is mortified that he'd ordered his men to surrender, believes that only by escaping can he find redemption. Davies (Equal Love) uses the familiar tensions of WWII Britain to nice ensemble effect: among the more nuanced secondary characters is a British captain who is the son of a German-Jewish WWI hero--the man's father had always considered himself a Lutheran until the Nazi ascension forced him to flee Germany. As Esther begins to question her own allegiances, Karsten comes into her orbit. What makes this first novel by an award-winning short-storyteller an intriguing read isn't the plot--which doesn't quite go anywhere-

-but the beautifully realized characters, who learn that life is a jumble of difficult compromises best confronted with eyes wide open.

(a person); to fail to keep (an obligation).

ouside, the technicolor sunset is giving way to the silvery sweep of searchlights over distant Cardiff as a hand tugs

the blackout curtain across the sky. There's a scraping of chairs, then the snap of a switch as the projector starts up. The room fills with the sharp chemical smell of acetate, the ionised stink of scorched dust
.

"
Lights," Rotheram calls, and the lamps are extinguished.

On the makeshift screen--a bed sheet tacked to the wall, ironed creases still visible--an image blooms, blurred at first, then twisted into focus. Clouds. Wispy, cotton-wool clouds slide across the screen, and then the camera dips beneath them, and there's the city, spread out like a map. The screen fills with gothic script
, Triumph des Willens,
and beneath it in shaky subtitles
, Triumph of the Will.

The watching men flicker in the reflected light. They're seated in a rough semicircle, a handful of dining chairs flanking a cracked leather armchair. Only the armchair faces the screen squarely. The men in the dining chairs are half turned from the film, looking back towards the projector, their eyes narrowed against its glare, studying the figure at their centre
.

On the screen behind them, Adolf Hitler rides through the streets of Nuremberg in an open car. Crowds throng the side of the road, arms thrusting into the air, the salute rising and falling like a great wave. In the car the Fuhrer himself holds

his arm up, not at the same sharp angle as the rest, but tipped back at the wrist, fingers slightly arched, as if balancing a silver salver
.

The screen dissolves to a shot of Hitler on a podium as a battalion of men, glinting spades on their shoulders, march past in powdery sunlight. Beside and a little behind him on the stage is a severely handsome man, slimmer and taller than the Fubrer. In the next scene, this same figure is at a lectern, a glinting microphone before him, passionately exhorting the crowd. His hand saws the air; a shining lock of hair falls across his brow. He ends his speech crying 'Sieg heil' over and over until the crowd rings with it
.

The reel runs out, and as the film is being changed a hand reaches out of the gloom and offers the figure in the armchair a cigarette. He fumbles it out of the pack and bows his head to take a light. There is the flash then flutter of flame, and in it his face is momentarily visible. Older, gaunter and more dishevelled, it is still recognisably the man from the screen: Rudolf Hess, former deputy fuhrer of the Third Reich
.

The film had been Rotheram's idea. He'd seen it first in 1936 in Berlin, taking a tram across town to a cinema in a district where he didn't think anyone would know him, not telling his mother where he was going.

She had been pressing for them to leave Germany for months by then, ever since his grandparents had fled to France the previous year. "But they're Jewish," he'd told her, as if she might have overlooked the fact. "It's disgraceful how they've been hounded. But we aren't." His father, long dead, had been, but his mother was the daughter of German Lutherans, who'd settled in Canada and made a fortune in timber. They'd sent her back to the motherland to study in Gottingen, where she'd met his father in 1912. In the eyes of

Jews--the eyes of his father's family, say, who had spurned his marriage and supported his son and widow only from a distance--Rotheram wasn't one of them. Yet in the eyes of the Nazis he was. A
mischling
, at least: a half-Jew.

He'd been dead set against leaving, even after seeing a fellow beaten in the street. It had happened so fast: the slap of running feet, a man rounding the corner, hand on his hat, chased by three others. Rotheram had no idea what was going on even as the boots went in, and then it was over, the thugs charging off, their victim curled on the wet cobbles. It was a busy street and no one moved, just watched the man roll on to one knee, pause for a moment, taking stock of his injuries, then pull himself to his feet and limp hurriedly away, not looking at any of them.
As if ashamed
, Rotheram thought.

He'd barely realised what was happening, yet he felt as if he'd failed. Not a test of courage, not that, he told himself, but a test of comprehension. He felt stupid standing there gawking like all the rest. Too slow on the uptake to have time to fear for himself. When he told his mother, she clutched his hand and made him promise not to get involved in such things. He

shook her off in disgust, repeated that he hadn't been afraid, but she told him sharply, "You should have been."

So he had gone to see the film the next week, to prove something. He arrived early and slipped into a seat towards the rear, hoping it would be a small crowd, but by the time the main feature began the theatre was full. He sat through the first half hour, his shoulders hunched, his arms crossed tightly to avoid any contact with the fellows sitting on either side of him. They were with their girlfriends--it had been a mistake to sit near the back--and when, after about ten minutes, the boy to his left started to kiss his girl, Rotheram didn't know what was making him more uncomfortable, the film or the couple. He was actually grateful when someone behind them harrumphed loudly, "Show some respect." When twenty

minutes later the boy on his right tried something, Rotheram distinctly heard the girl slap the fellow's hand away.

By then, though, he was caught up in the film, its ecstatic pageantry. The fervent masses on the screen seemed to merge with the crowd around him in the theatre. It might have been the two couples flanking him, but by the time the film was over he felt violently lonely. He wanted to have even a bit part in this great drama, and for a brief while in the darkened cinema, invisible in his seat, he felt as if he did. But then the lights came up and he hurried out, panicked by the sudden piercing thought that, if he could, he would want nothing more than to join the Nazis. In his haste, he trod on the toes of one

of the girls, fleeing before he could apologise, fleeing from her little hiss of anger, her pointing finger. Outside, he must have run half a mile, feeling as if the crowd were at his back, ready to kill him for stepping on some girl's toes.

That was the day he realised he and his mother would have to leave.

It was her old Canadian connections that made it possible for them to come to England. Rotheram wondered what his father, killed at Verdun, would have made of that. Conceived in 1915 during his father's last leave, Rotheram had never met the man, although he still kept his frayed campaign ribbons pressed in his wallet, as proud of them as he was ashamed of having run from Germany.

He'd shown them, with a kind of shy defiance, to Colonel Hawkins one night in 1941, shortly after he'd been seconded to the Political Intelligence Division as a document translator.

"Ypres?" The old man had whistled in admiration, pointing to one decoration. "Lord, we might have traded potshots.

Staunch soldiers, those fellows. Took everything we threw at them."

Rotheram's mother had been killed in the Blitz months

earlier, and it was the first time he'd talked about his father to anyone since.

"Neither fish nor fowl, eh?" Hawkins said when he told him his background, and Rotheram nodded. He still wasn't sure what he could call himself--not German, not Jewish--but serving under the CO, he'd felt for the first time as if he weren't running from something, but being led somewhere.

Back in 1941, the war had seemed as good as lost, the papers filled with defeats, yet Hawkins was winning small victories every few days across the interrogation table. The first story Rotheram heard about him was how he once questioned a suspected spy for thirteen hours straight, cracking him in the end only when he told the man he was free to go--told him in German, that is--and saw the fellow's shoulders sag in relief. Hawkins made winning the war seem a matter of wit and will, and Rotheram had been thrilled when the CO personally selected him from the translation pool to sit in on interrogations. Hawkins spoke excellent German himself, of course--he made Rotheram self-conscious of his own accented English--but he didn't always want to let on to the prisoners. "Helps sometimes to let them think they know more than me." It was a tactic he'd learned from his days as a journalist between the wars. Springing his German on them when they weren't expecting it was one of his simpler tricks.