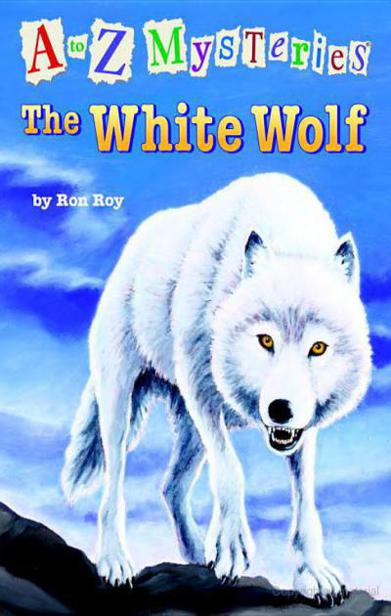 Here’s what kids and parents
have to say to Ron Roy,
author of the

“I sometimes get up very early just to read one of your mystery books. They are my first favorite books.”
—Logan R.

“I like [your] books, because they make a lot of sense, and they are fun to try and solve.”
—Zachary F.

“Every time I go to the library, I head straight for your books. I could read ten every day.”
—Jennie J.

“Thanks for the great, interesting, wonderful books you write.”
—Graham D.

“Just wanted to let you know that your books are making a big impression in our house and are really helping my seven-year-old with his reading!”
—Alice K.

This book is for all my readers who have sent
me letters and e-mails. Thank you!
—R.R
.

“There he is!” shouted Ruth Rose. She pointed at the sky, where a small seaplane was getting ready to land.

“It’s so cool that planes can land on the water,” Dink said. His full name was Donald David Duncan, but everyone called him Dink.

As the kids watched, the seaplane touched the top of the water. Small rainbows formed as water shot into the air. Then the plane piloted toward them.

“I see Walker!” Josh said, waving at the plane.

Walker was Wallis Wallace’s brother. Wallis was a famous mystery writer. The kids had met her and Walker when they came to Connecticut. Then the kids had visited Wallis at her castle in Maine.

Walker waved back and taxied the seaplane to the end of the pier. “Hi, guys,” he said, grinning. “Ready to fly?”

“We sure are!” Josh said. He, Dink, and Ruth Rose grabbed their backpacks.

“Hand me your stuff, and I’ll help you climb aboard,” Walker said.

A few yards away, Dink’s mother tooted her car horn. Dink waved and watched his mother drive away.

When the kids were all inside the plane’s cockpit, Walker showed them
how to fasten their seat belts for the ride.

“This will be a short flight,” Walker said when the kids were all buckled up. “We’ll be in Acadia National Park before you know it. Mount Desert Island is part of the park.”

“All right, here we go,” Walker said. He taxied the seaplane away from the pier. In just a few seconds, they were airborne.

“We’ll be flying over the water the whole way,” Walker said. “You should see plenty of boats. Maybe even a whale!”

The kids kept their eyes on the water as Walker flew north. They didn’t see any whales, but they did see thousands of birds and a lot of small islands.

“We’re over Maine now,” Walker said after about a half hour. “Mount Desert Island is right below us.”

“It really looks beautiful,” Dink said.
“Everything around is so green!”

“It almost looks like a dinosaur’s head with his mouth open,” Ruth Rose commented.

“Look right where the dinosaur’s
nose would be,” Walker said. He pointed out the window. “See that little harbor? It’s called Seal Harbor. Our cabin is about a mile from where I’ll be landing.”

The plane zoomed down, then leveled off. A few minutes later, the kids felt the pontoons touch down on the water with a
swoosh
.

Walker piloted the plane toward a long wooden dock. The kids saw their friend Wallis waving at them.

Next to her on the dock was a smiling girl with long dark hair. She was sitting in a wheelchair, waving.

A minute later, Dink, Josh, and Ruth Rose were standing on the dock with their backpacks.

“I have to fly some fishermen and women to a camp farther north,” Walker told the kids as he got back in the plane. “I’ll see you guys tonight.”

“Hey, welcome to Mount Desert Island!” Wallis called as she ran toward them.

“Hi, Wallis!” the kids shouted, then each gave her a hug.

Wallis led them up the dock and stopped in front of the girl in the wheelchair. “Abbi, these are my friends from Connecticut. Dink, Josh, Ruth Rose,” Wallis said, pointing to each of them, “meet my daughter, Abigail. She likes to be called Abbi, with an
‘i.’”

Josh stared at Wallis. “You never told us you had a daughter!” he said.

Abbi laughed. “Mom just adopted me a few months ago,” she said.

“Abbi’s parents died a few years back,” Wallis explained. “I heard about Abbi from a friend, so I invited her and some other kids to the castle for Christmas.”

Wallis grinned at her daughter. “After knowing Abbi for only an hour, I knew I wanted her in my life permanently,” she said.