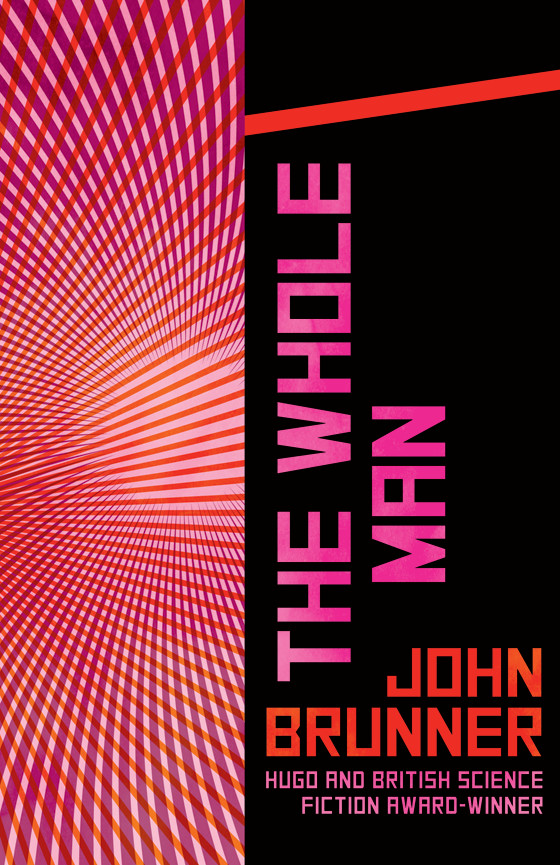 Portions of this novel are based on material previously published in substantially different form in magazines, viz.:

After the birth they put her in a bed, a large woman wasted by worry and hunger, so that it was not only over her emptied belly that her skin hung old-clothes fashion. In spite of her wide pelvic girdle she had had a difficult labor; the tired-faced doctor had judged her a few per cent worse off than those others who competed for space in the hospital ward, so she had been allotted the bed. She showed no sign of appreciation. She would have shown no sign of resentment, either, if she had been treated the same as most other women passed through the delivery room that day, and taken to an armchair to rest for a mere couple of hours while they scrubbed down the floor with a solution of caustic soda, for lack of disinfectant, burned the kraft paper off the delivery table and put on fresh, for lack of laundry facilities.

The “crisis” had been gestating just about as long as the child. It had culminated a week or two ahead of him. There were two panes out from the window next to her bed, and the gaps had been covered with newspaper and adhesive tape. The woman in the bed on the right had a gunshot wound and lay with puzzled eyes staring at the ceiling. In one corner of that ceiling was the trace left by a licking tongue of greasy smoke, exactly the same shade of black-edged-with-gray as would have been left by a candle, but two feet wide.

From the street noise came, unfamiliar, disturbing. Last month there would have been the drone of traffic, a buzz of people wandering in sunlight, a predictable, comforting background with commonplace associations. Now there was the occasional hoarse shout, grossly amplified, but blurred by the direction of the portable loudspeaker so that it was impossible to tell more than that orders were given. Also there was the growl-rumble-clank of a heavy tracked vehicle; the acid bite of police whistles; the stamping of unison feet. Automatically the mind tensed, wondering whether there would follow the stammer of guns.

An hour or so after the birth a woman in olive-green battle dress came to the door of the ward. Her hair was cut man-short and there was a belt with a shiny brown holster strapped around her waist. She looked about her curiously and went away.

And a little later still another nurse came, her face drawn and her mouth downturned, with the doctor who had supervised the delivery.

Every available bed was in use; only the fact that there weren’t more beds had ensured that floor space was left between patient and patient. Awkwardly, sometimes having to sidle, the nurse and doctor came to the new mother.

“You … uh …” The doctor changed his mind about putting it that way, cleared his throat, tried again. “You haven’t seen your baby yet, Mrs. …?”

“Miss,” said the woman in the bed. Her eyelids rolled down like blinds over her lackluster eyes. Her hair tangled untidily on the pillow, dark and greasy. “Miss Sarah Howson.”

“I see.” The doctor wasn’t sure if he did or didn’t, but the remark filled a silence even though the silence was subjective, already occupied in reality by the clanging of empty tin bowls as they were collected after the patients’ meal.

The nurse whispered something to the doctor, showing him a roneotyped form: square gray lines on gray paper. He nodded.

“I’m sorry about the delay, Miss Howson,” he said. “But things are difficult at the moment. … Have you chosen a name for him yet?” And, catching himself because he was never sure under present circumstances how far the normal routine had actually deteriorated: “You were told you have a boy, weren’t you?”

“I guess so. Yes, somebody did say.” The woman rolled her heavy head from side to side as though seeking an impossible position of comfort.

“If you’ve chosen a name, we can enter it on the record of the birth,” the doctor prompted.

“Yes, it was pretty bad,” the doctor agreed.

“Oh, no, there’s no permanent damage,” the doctor cut in, hoping to sound reassuring in spite of his splitting headache and gut-souring exhaustion. He wasn’t sure of anything any more, it seemed—no one was, currently—but it was a habit to be reassuring.

Where had it all gone? How? The safe calm world of a few weeks back had split apart, and they said “crisis” without explaining anything. To most people it meant nothing of itself; it was just that a bus didn’t show at your regular stop, and the electricity failed in the middle of cooking dinner, and there was a slogan of half-finished, smeared letters of red paint, on the sidewalk, and a monument to a dead hero had tilted crazily on its shattered plinth, and the prices of food had soared, and the radio groaned old records and said every fifteen minutes that people should be calm.

Also to the doctor it meant probing hideous wounds for bits of stone and splinters of glass; it meant shortages of disinfectant, antibiotics and even blankets; it meant concussion, shot-wounds and homemade incendiary bombs thrown through the windows.

Now there were the strange uniformed men speaking a dozen languages, standing on street corners with their guns easily slung; there were officers who came asking questions about needed supplies and surplus bed space if any; there were food-ration stands at big intersections and measured handouts of basic nourishment, followed by the stamping of the left hand with a one-day indelible ink to prevent you from coming back until tomorrow—all as though the population had been turned at a blow into a blend of criminals and charity patients.

“Oh, damn,” said the mother, head rolling anew. “I hoped never to go through that again. And I still could, huh?”

The nurse gave a sour glance at the doctor, who forced himself back to the present. The idea was to get the name fixed in the woman’s mind, to displace the simple idea “baby,” to offer some sort of handle to her when she was compelled to grasp the facts.

“Have you chosen a name for your son?” the doctor demanded loudly.

“Name? Well … Gerald, I gueess. After his father.” Beginning to reveal puzzlement, the woman gazed directly at the doctor and frowned. “What’s this all about, anyway? Why didn’t you bring him to me long ago? Is there something wrong?”

The hell with soft-pedaling. The hell with finesse. The doctor said shortly, “Yes, I’m sorry to tell you there is.”

“No, nothing so bad, fortunately. There’s a … a generalized deformity. It may well be possible to put it right, in time, of course; it’s too soon to say, though.”

The woman stared for a long moment. Then she gave a harsh chuckle.

“Well, God damn! Isn’t that just like the bastard? He wouldn’t marry me—said there wasn’t anything certain enough about the world to make plans for life. … So then when I’d been through it—I was telling myself—at least I’d have a son for my old age—heh-heh—and here’s a cripple I have to support instead of—” The chuckling returned, and ran together into a dull shuddering moan.

“How about the father?” the doctor said, swallowing against nausea. Call this a part of the “crisis,” too: it didn’t help.

When the doctor got back to the ward office there was the short-haired woman waiting for him. She had taken off the jacket of her battle dress and hung it on a peg while she went through the records of admission. The national insignia on the shoulder said israel. The doctor thought irrelevantly that she didn’t look like a Jewess with her scalpel-thin nose and piercing blue eyes.

“A woman called Howson,” she said, looking up. “We had a dossier on a man named Gerald Pond, whose body was found near the reservoir they dynamited right at the start of the rising. He’s supposed to have had a woman friend called Howson.”

“That could be right,” the doctor said. He dropped limply into a chair. “I just delivered her of a son. Crippled.”

“One shoulder higher than the other, one leg shorter than the other, spinal deformity—pretty much of a mess.” The doctor hesitated. “You’re not thinking of taking her in for questioning, for heaven’s sake! She had a hell of a time on the delivery table, and now she has to face the shock of the kid—it’s monstrous!”

“Don’t jump to conclusions,” said the Israeli woman. “Where is she?”

“In the ward. Fourth bed from the end.”

She rose. The doctor made no move to accompany her. He waited till she was out of the room, then went behind the desk at which she had been sitting and took out from a drawer the last cigarette in the last pack he had. He had lighted it and returned to his chair before she came back.

“Are you arresting her?” he asked sourly.

“No.” The Israeli woman sat down briskly and made a note on the carbon copy of a list she was consulting. “No, she’s not involved with the terrorists. She’s about as apolitical as one can get and still talk coherently. She was afraid of being left alone—she must be what: forty? —and she didn’t believe that this man Pond meant exactly what he said. He regarded sex as a necessary act and her as a routine provision. She kidded herself into thinking she could break through his obsession with revolution and sabotage and reduce him to … wedding bells, furniture on credit, all that. …” She gave a wry smile. “Sad, isn’t it?”

“You have a dossier on her, too, presumably,” said the doctor in a sarcastic tone. “You didn’t get details like that on the spur of the moment.”

“Hmmm? No, we have no dossier on her, and it won’t be worth the trouble of putting one together, to my mind.”

“We don’t make the messes, you know,” the Israeli woman said. “They just call us in to clear them up.”

“Well, hell! If all you have to do is—is walk in that ward and
look
at someone and say there’s trouble, yes or no, it’s a pity you don’t do it before the mess happens instead of afterwards!” The doctor was very tired and, moreover, very resentful of these polyglot strangers with the authority of world opinion at their back; he scarcely knew what he was saying.

He also scarcely knew what the Israeli woman meant when she answered, “There aren’t enough of us yet, doctor. Not yet.”

Writings from the New Yorker 1925-1976 by E. B. White
Learning to Forgive (The Learning Series) by R.D. Cole
Miracle by Danielle Steel
Squishy Taylor and the Vase That Wasn't by Ailsa Wild
The Gates of Hell (Matt Drake 3) by Leadbeater, David
The Beyond by Jeffrey Ford
The Demise by Diane Moody
Beauty's Beast by Amanda Ashley
Veronica Ganz by Marilyn Sachs
Athenian Steel (Book I of the The Hellennium) by P. K. Lentz