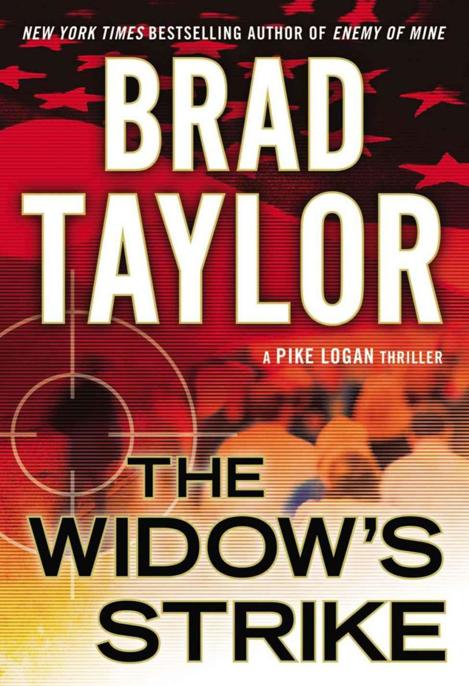 To Taz, for protecting our way of life
Greater love hath no man than this, that a man lay down
his life for his friends.

Throughout history, no human interventions have managed to stop a pandemic once it starts . . .

Dr. Margaret Chan, Representative of the WHO Director-General for Pandemic Influenza

We recognized that . . . the information is going to get out. But . . . if we can slow down the release of the specific information that would enable somebody to reconstruct this virus and do something nefarious, even for a while, then that was a good thing.

Professor Paul Keim, chairman of the US National Science Advisory Board for Biosecurity, on why he was recommending the censorship of research on genetically mutated H5N1 virus

By making the leap [to humans], the virus had satisfied two of the three conditions for a pandemic. It was novel—no one had been exposed, so no one had immunity—and it had proven it could infect people. Now it just had to show it could get around.

Alan Sipress,
The Fatal Strain: On the Trail of Avian Flu and the Coming Pandemic

T
he tech
nician thought
the sign
on the door said it all.
WARNING: BIOHAZARD LEVEL IV—H5N1 RESEARCH ONGOING
. It looked official enough, the universal biohazard symbol followed by a host of precautions proclaiming its authority, but it was listing a bit to the side, the tape holding it in place losing adhesive in the humid air. An indicator of the less-than-perfect nature of the work beyond the door.

Takes more than a sign to make a level-four facility.
The technician thought again about telling someone what they were doing. Perhaps preventing a tragedy. He knew he wouldn’t, though, because the money was too good, and there just wasn’t anywhere else to do the research.

Singapore had only one level-four biosafety facility in the entire country, and it was owned by the government at the Defence Science Organisation laboratory. No way was his employer going to let them in on the action. Too much profit at stake. Not to mention the red tape involved.

He clocked in on the computer and pushed through into the anteroom, seeing the old
BIOSAFETY LEVEL
III
warning mounted in a frame on the wall—what this facility had been rated before they used some tape and a new sign. He waited for the outer door to snick closed, then entered the lab, still empty at this hour, and continued on, through another double-doored anteroom and into the animal housing facility.

He moved straight to two isolator boxes, ignoring the large cage at the back of the room teeming with European ferrets. Before he even reached the first box, he could see through the containment glass that the vaccine had failed. The ferret lay on his side, a small bit of blood seeping out of his eyes and nose. Golf Sixteen had lasted as long as Golfs One through Fifteen, which is to say about four days. Three healthy, and one day of agony before his body quit.

He turned his attention to the other containment box and was surprised to see the ferret sniffing the glass, patiently waiting to play.

The door opened behind him, and he heard, “Another female lived, huh? That’s going to be a blow to the weaker-sex theory.”

He smiled at his partner, knowing she secretly liked the fact that all the males croaked no matter what the scientists did. “Good morning to you too, Chandra. And it remains to be seen whether the vaccine took or if she’s just an asymptomatic carrier like the others. We’ll get the sample from Golf Sixteen in a second. Help me with Sandy Eight here.”

The Sandy side of the house had fared better than the Golfs. Seven of the initial eight had lived after being given the vaccine, but in so doing had forfeited their lives anyway. The vaccine had prevented the virus from gobbling them up whole but had not created the antibodies necessary to destroy it. The end result was a biological truce, with the virus living inside the host without attacking, patiently waiting to be unleashed on another victim. Which meant the first seven Sandys had gone into the incinerator just like the first fifteen Golfs.

He struggled into another set of surgical gloves, his third, while his partner put on a flow-hood respirator. Once he had his own hood in place, she unsealed the top hinge of the containment box. She reached in and pinned the ferret behind the skull, using her other hand to trap the animal lower on the spine.

Before it could get antsy, he used a syringe to extract a small amount of blood. As the needle bit, the ferret writhed violently, twisting out of Chandra’s grip. They both ripped their hands out of the box, and he lost the syringe as Chandra slammed the lid down to prevent Sandy Eight from escaping.

Taking in great gulps of air from the flow hood, the technician felt the sweat rolling down his face, the forced air making his skin clammy. He leaned against the box and said, “Man, I like it better when they’re dead. We need more sophisticated containment boxes. Biosafety cabinets designed for this instead of the makeshift stuff we have. Real equipment intended for the work.”

“What’s wrong with you?”

She began backing toward the door.

His first thought was that she’d been bitten, and he knew the consequences of that. He held his hands up to calm her. To keep her from running outside the containment zone. And noticed the needle of the syringe hanging from the back of his left hand, a faint ribbon of blood visible.

Three days later
the first symptom appeared. A simple headache. When he looked in the mirror, his eyes were bloodshot. The whites crisscrossed with a latticework of red. He felt his stomach clench in fear, wanting to believe it was coincidence. But he knew he was dead.

Inside his quarantine room they began administering massive amounts of Tamiflu in an effort to stop the progress. Like the nurses feverishly cramming him full of intravenous injections, he understood it was futile. The virus had been genetically engineered to be resistant to Tamiflu, and true to its nature it continued to ravage his body from the inside out, exploding his cells in a furious haste to replicate.

By day four he was on a respirator, with all manner of drugs funneling into him to slow the assault. He turned cyanotic from the lack of oxygen, his skin almost translucent, his lips looking like his meals consisted of grape popsicles.

He made it to day five before he began to weep blood from his eyes and nose, his body drowning in the excretions created by the battle raging within.

Doctors from the laboratory hovered around him in pressurized biohazard suits, but they could do little to help him. It had been almost one hundred years since the great influenza pandemic of 1918, when the very existence of viruses was still unknown, yet the doctors from the lab were just as powerless as their predecessors. They might as well have put leeches on his body for all the good the leaps of modern medical knowledge did them.

On day six, at 0436 local time, his heart stopped beating. The cadaver sat inside the quarantine room for an additional eighteen hours while his employer decided what to do with it, the virus boiling away inside, desperate to find another host.

At 2230 three men entered his room dressed like they were about to walk on the surface of the moon. One carried a roll of thick plastic sheeting. Two sported cordless bone saws.

At 0100 local time his body was fed into the incinerator in ferret-sized chunks.

At 0800, Golf Seventeen and Sandy Nine were inoculated.

Home Field Advantage by Johnson, Janice Kay
Diplomatic Implausibility by Keith R. A. DeCandido
Behind Your Back by Chelsea M. Cameron
From a Dream: Darkly Dreaming Part I by Valles, C. J., James, Alessa
Forbidden by Susan Johnson
Oddballs by William Sleator
Arjun by Jameson, Fionn
The Drinker by Fallada, Hans
A Christmas Bride by Susan Mallery
Taffeta & Hotspur by Claudy Conn