The World More Full of Weeping 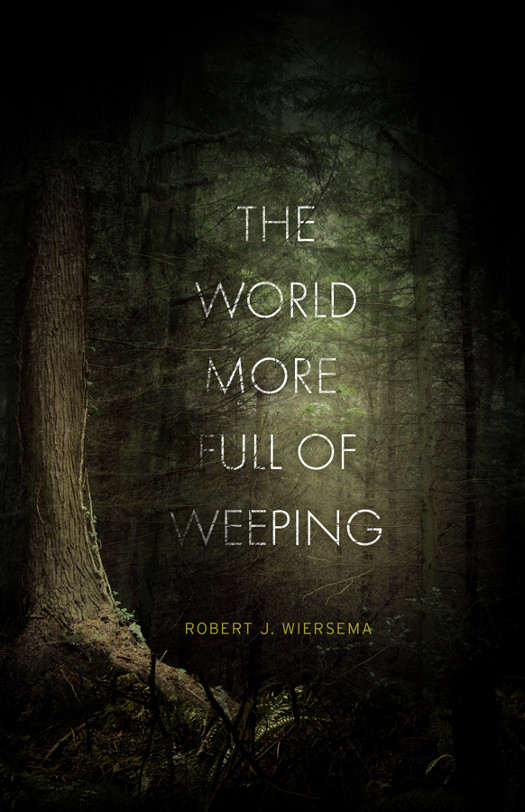 who may not have a forest,

but is walking a path of his own.

because the principles of magic remain.

The World More Full of Weeping 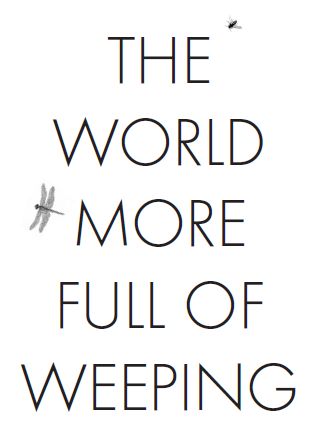 For breakfast on the morning of the day he disappeared, Brian Page ate most of two scrambled eggs,
three pieces of bacon, and almost two slices of multigrain
toast. After he was gone, his father, Jeff Page, kept
remembering the remaining triangle of hardening bread
on its plate on the kitchen counter, the outline of Brian's
bite sharp, a bright curve against the right angle.

It wasn't just the food that Jeff remembered from that
morning: it was the conversation. It was what his eleven-year-old son had said the last time they had spoken.

“Your mom called last night,” Jeff had said. “After you
were asleep.” He was standing at the stove, cracking four
eggs into a skillet glazed slick with bacon grease.

Brian was at the table, munching at a strip of bacon
from the platter. He didn't say anything.

“She said she'd be here at four to pick you up.” He
scrambled the eggs in the pan, breaking the yolks with the
edge of the flipper, then turning the mass over, folding it in
on itself, the yolk first marbling the white then dissipating
entirely.

“Bring me over your plate,” he said, lifting the pan off
the heat. He scraped about half the four eggs onto his son's
plate, then dumped the remainder onto his own and sat
down at the table across from him.

“Do I have to go?” Brian asked quietly.

Jeff swallowed a mouthful. “What?”

Brian shrugged and looked down at his plate.

“Is there a problem? Did something happen at your
mom's place?” It was stupid, he knew, but his mind went
immediately to Bill, Diane's new boyfriend. It was the way
parents were wired to think, now.

Brian shook his head. “No, it's nothing like that. I'd just
really like to stay here this week.”

More than anything, Jeff wanted to give Brian his way.
He wasn't looking forward to the week on his own, and to
what it portended, and if Brian wanted to stay with him
more than he wanted to visit his mother, wasn't that the
important thing?

Instead, he said, “We've talked about this, bud. There's a
lot of stuff to plan, and this is how it works out best.”

“Doesn't work out best for me,” he said, with the glum
petulance only an eleven-year-old can muster.

“What's this about?” Jeff asked, leaning toward his son.

“Nothing.” He pushed his eggs around his plate.

“Your mom's got a big week planned. I think she wants to
take you to Science World and the aquarium, and maybe to
the movies as well as showing you the school. . . . It sounds
like she's really looking forward to hanging out with you.
Doesn't that sound good?”

Brian took a mouthful of eggs.

“Brian, what's going on? Did you and your mom have a
fight?” He was surprised he hadn't heard anything about
this before. Diane was usually good at monitoring and
reporting any problems. “Is there something you want to
talk to me about?”

Jeff wanted to lean forward and touch his son, ruffle
his hair or pull him close, but he knew better. “I know it's
tough, bud. It's not easy for any of us.”

“Understand what?” Jeff asked. “Tell me. Tell me and I'll
try. I really will.”

Brian shook his head, and took a bite out of a piece of
bacon he held between his thumb and forefinger as an
uneasy silence settled over the kitchen.

Were those really the last words his son had spoken
to him?

Over the next few days of men in hip waders and pick-up
trucks, of CB radios and low-flying helicopters, Jeff would
struggle to remember something else â anything else â
Brian might have said. Did he really not say anything for
the remainder of breakfast? Or while he was getting ready
to go out to the woods? He was mad; it was possible he was
giving his father the silent treatment. Likely, in fact.

Had he even acknowledged that he had heard Jeff tell
him to be home by 3:30 for his mom? Jeff remembered him
turning and looking back at him as he went upstairs, but
did that mean he had heard? Or was he just looking back:
defiant, unhappy, misunderstood?

Jeff was in his shop when he heard the sound of gravel
crunching in the driveway and the familiar engine. He
stepped to the open door in time to see Diane's Explorer
pull to a stop between the shop and the back porch. He
raised a hand in greeting, then grabbed a rag to clean up.

“Working pretty hard for a Sunday,” Diane said as she
crossed the yard toward him.

He shrugged. “The work's always there. Figured I might
as well.”

“And what are you elbow-deep in today?” she asked,
coming to a stop less than an arm's length from him.

He had to think for a moment: she had a knack for
disarming him with nothing more than her presence. It
had always been that way between them, but it had gotten
worse since she had moved out. Times like this, with her
looking so pretty and well-scrubbed, practically shining in
the afternoon light, made it difficult for him to even think.
“A re-build for Frank Kelly.”

“Nothing too challenging, then.” She smiled at him, and
it felt for a moment like they were flirting.

“Could do it with my eyes closed,” he said, without a hint
of bragging. “How was the drive?”