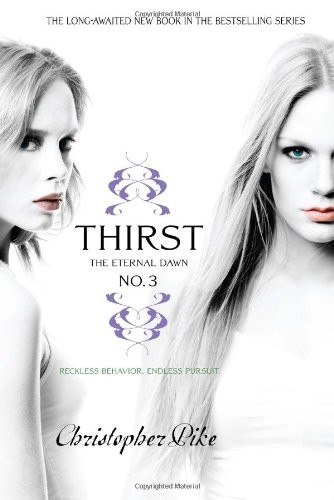 THE SECRET OF KA

The text of this book was set in Adobe Garamond.

For my father, my first and greatest hero

The author wishes to thank Paul Dorado
for the brilliant songs he contributed to this novel.

The dawn, seen through the eyes of a vampire, is supposed to be painful. But since I have never embraced the myths told about my kind, I find the morning sun delightful. The hour before the sunrise is my favorite part of the day, although I suppose I’m at my deadliest in the depths of night.

I am, after all, a creature of darkness. I kill when I wish, and whoever can commit such a ghastly act, again and again, and never get caught can pretty much rule the world, or at least a small corner of it, as I rule mine. The power to take life is the second greatest power in the world, after the power to give it. It is with this perhaps unhealthy but unquestionably accurate point of view that I patiently await a chance to exercise my power once more.

My victim-to-be is a rapist. As a five-thousand-year-old female—who
cannot honestly be classified as “the weaker sex”—I admit to hating men who force themselves on women. History has paraded the cruel act too often before my eyes. I remember my early days, when I was only a few centuries old, how I would react when I came upon a rape. The sight would cause me to burn with rage until I had cracked the assailant’s neck, or else torn off his genitals, or . . . well, both. I suppose, one could say, that I was overreacting, but I didn’t feel that way then and I wonder if I will feel any different today.

I look forward to playing with my victim.

His name is Daniel Boford, although friends call him Danny Boy. He does not fit the classic rape profile. He is rich, intelligent, from a good family, a senior at Truman College—in whose stadium I presently sit. Danny is finishing up a full athletic scholarship as a gifted football receiver and an NCAA champion sprinter. The NFL is near drafting this year, and national sportswriters expect him to go in the first or second round. He has a bright future, our Danny Boy does, or I should say he did.

Now he will have no future at all.

What was it that initially drew my attention to the guy? Several things. The local news had reported an unusual number of rapes the previous year in Truman Village, a small town in north Missouri that was named after the thirty-third president of the United States, the first and last person on earth to order the use of nuclear weapons against human beings.

The second point that caused Danny Boy to catch my attention was the fact he was an athletic hero, and as a result had almost unlimited access to the school’s female population. When I added this fact to a whiff of blood I noticed when I came near him, then you can see why I thought I had my man.

Ah, you might wonder how I noticed the blood and knew it was not his. Don’t. I’m a vampire, I know everything there is to know about blood. Even if the guy had showered under an ice-cold waterfall after committing his dastardly deeds, I still would have smelled his victim’s blood on him. My nose is extremely sensitive. Plus I smelled the blood on Danny Boy down low, from his crotch area.

Yet neither the rape reports, his hero status, nor the blood was enough to absolutely convict the guy. To do that I had to study how he interacted with women, which I began to do, from a distance. Did I mention that I see better than most people? Even better than most telescopes. Watching Danny from across the courtyard as he flirted with females, I saw several signs I have come to associate with rapists. His pupils would swell, his breathing would accelerate, and his neck and fist muscles would tense—all at the same time.

From long experience, I knew this last sign to be the most significant. Why? The neck tenses because the rapist’s brain is cooking, and his hands keep gripping the air because what they really want to do is grab the woman in front of him.

Sigh. There is so much I could teach the FBI.

Suddenly there is a faint light in the east. Birds begin to sing, and fast-moving footsteps begin to approach the cinder track. I sit in the stands, at the fifty-yard line, in the tenth row, and watch as Danny jogs toward a point in front of me, near the starting line. Although Danny is a gifted sprinter, his coach has recently moved him up to the quarter mile, probably to improve his chances of winning another NCAA title. I can only assume there’s more competition at the shorter distances.

As a result he has to do a lot of endurance work. His coach has him running several miles of interval training before the rest of the team arrives. Often he sprints a hundred meters, jogs a hundred, then sprints two hundred meters, jogs two hundred, and finally sprints a full lap, before resting for a few minutes and starting the cycle over again. For a rapist, he has remarkable self-discipline.

This morning, he completes three cycles of his interval training before he notices me. He probably didn’t see me earlier because I wear black leather pants, a coat, and black boots. I hide most of my long blond hair in a ponytail I have tucked under my collar. In the dim light, I’m almost invisible.

He waves when he sees me and says hi. As he walks toward
me, I see his pupils dilate. He probably thinks I’m another fan, he has so many.

“A friend of mine’s on your team—Teri Raine. Do you know her?”

“Sure. Teri’s a good buddy. She runs a mean mile.”

Teri Raine also has an athletic scholarship, running cross-country in the fall and distance events during track season. Although it has only five thousand students, Truman College has a strong sports program. Teri more than contributes. As a freshman, just nineteen years old, she’s gone the whole year without defeat. Her major is premed. She wants to be a surgeon, and the reason I know all this, and even care, is because we’re related.

I’m confident I’m her SUPER-GREAT-grandmother. Teri is three hundred generations removed from Lalita, my only human child, but during the centuries, I have gone to great lengths to keep track of the female side of my family tree. Of course, when it comes to the male side, it has been next to impossible to know for sure if a boy is related to me. Long ago I abandoned that particular record-keeping, although I must admit I still occasionally pass a man on the streets—with blond hair and blue eyes and a certain gravitas—and wonder if he belongs to me.

Teri’s genes are remarkably similar to my own, although I have twelve strands of DNA while she has the usual two. However, the human aspects of my DNA are almost identical to
hers. A month ago, while she was sleeping—a sleep I enhanced by blowing my breath across her face—I took a swab from inside her cheek and sent it to a lab. I was not surprised to discover her silky blond hair, piercing blue eyes, and strong, flexible limbs are the result of my lineage.

In a sense, she’s my child, and because I have seen that Danny favors her over the other girls on the team, I can’t postpone killing him. I suspect he will attack her immediately after the school year ends. And he’s no fool. He knows he can’t simply wear a mask like he has done with some of his other victims, and let her live. She’s spent too many hours training beside him. She knows his body too well. He won’t just rape her.

Danny is struck by my resemblance to Teri Raine. At the mention of her name, he gushes, “You look like her sister!”

I stand. “Did she ever tell you she had a sister?”

“Then I must be someone new.”

“I haven’t seen you around. Do you go to school here?”

“I’m taking a few classes. People tell me you’re about to graduate.”

He grins. “You’ve been asking about me. Not fair, I don’t even know your name.”

He comes up the steps and offers his hand. “Daniel Boford.”

“Pleased to meet you, Danny Boy.”

He’s suddenly in heaven. His pupils go wide; any larger and they’d
blot out the whites. He breathes rapidly, his neck muscles tense, and his palms, why, they squeeze the air in front of him. His boldness impresses me. He’s just raped a girl and now he wants me so bad he’s willing to risk being bad all over again. It must be my resemblance to Teri.

“You’re a sly one. What else have you heard about me?” he asks.

“Seriously, I want to know.”

“You know us girls, we stick together. I can’t reveal my sources.”

He crosses his biceps across his chest and thrusts his hip forward. He’s powerfully built, his brown hair long for a jock. Sweat seeps through his gray T-shirt, and although he has washed since his last victim, I smell her perfume on him. Ecstasy. Is that what he promised his victim, before he hurt her? Michelle Cornwick is still in the hospital, her mental wounds deeper, no doubt, than her physical ones.

Danny takes a step closer. He’s too close; most people would feel he had entered their space. “I want to know who said that,” he insists.

“But it does, Alisa. Lies like that, they spread.”

I stop and stare at him. “Michelle Cornwick.”

He stops. “How is Michelle doing?”

“She was raped. You must have heard. The talk is all over campus.”

“Like I said, I’m a part-time student, I’m not here much. But God, that’s terrible about Michelle. Do the cops have any leads on who did it?”

He shakes his head. “None.”

“I know the local cops. During the fall, they come to all the football games. You must have heard I’m something of a celebrity.”

“What can I say? I know I’m good.” He moves closer still, to where I can feel his breath on my face. He wants to grab me, to take me now, but a part of him senses something’s wrong. I don’t back away from him. I don’t flinch from his gaze. I don’t do anything his previous victims probably did. That both excites and confuses him. He stares me in the eye. “Is your name really Alisa?” he asks, his tone changing.

My Old Neighborhood Remembered by Avery Corman
Come Into Darkness by Russell, Daniel I.
Hard Target by Jacobson, Alan
A Needful Heart by J.M. Madden
Fortune's Daughter by Alice Hoffman
Return to Sender by Julie Cross
The Bachelor Girl's Guide to Murder by Rachel McMillan
Seize the Moment by Richard Nixon
The Enthusiast by Charlie Haas
The Vulture's Game by Lorenzo Carcaterra