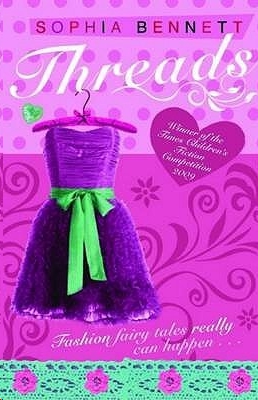 Great fun. It goes at a cracking pace and girls will love it
.

Bang on trend, with some hilarious fashion faux pas
. . .

The fashion story everyone's talking about
. . .

A treat . . . elegant and funny and has real narrative verve
.

The perfect stocking-filler for the girl who knows her Marni from her Matalan
. . .

Intelligent chick-lit with lots of heart
. 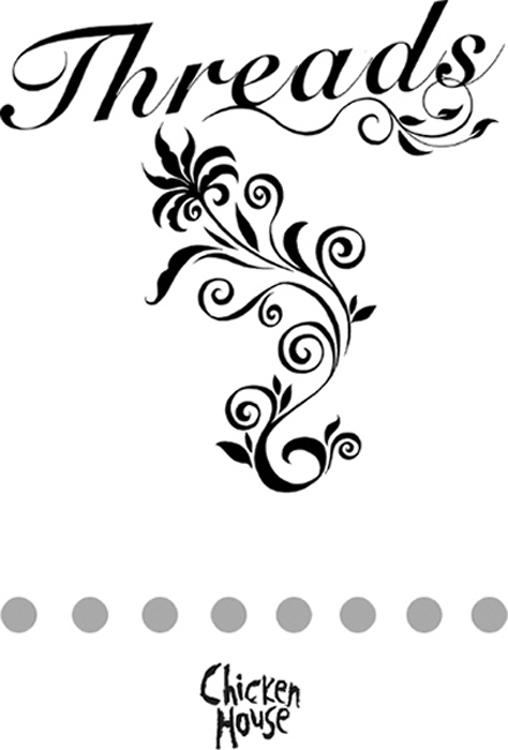 To Emily, Sophie, Freddie and Tom
and Alex for making it all possible
and Noney for her joy in beautiful things

What you can do

Take fashion action like Edie. Why not join Save the Children's campaign?

W
e're standing in a fashion designer's studio in Hoxton, admiring ourselves in the mirror. At least, Jenny's supposed to be admiring herself in her red-carpet dress. Or she would if it didn't make her look like a cherry tomato. Edie and I are just tagging along, but the mirror takes up the whole wall and it's hard not to take a bit of a peek.

Apart from the mirror, the studio's big and bare. Lots of brick walls and tall windows and clothes rails. My mother would call it ‘industrial chic’. I would say it was in need of some love and upholstery.

I'm looking at my Converses, which got their first outing today after a bit of customisation with some Tipp-Ex. They're only mild French swear-words (and one in Italian that I got from my pen pal, Marco). I know much worse ones. I thought they were funny and Jenny laughed. Edie is above such things. But Mum this morning when I came downstairs in them . . . well, you
wouldn't think she'd been a model and walked HALF NAKED down a catwalk in her time. She wants me to be preppy and brainy like Edie and have the youth she never had. I quite like the sound of the youth she did have.

I'm not so sure about my silver leggings, although they're gorgeous. They seemed slinky and alluring in my bedroom, but under the studio lights I look as if I'm about to blast off. The velvet top is cute, though. It used to be a dress, but works so much better without the sleeves and skirt. And the black lace fingerless gloves were a definite find. I'm quite pleased with the overall effect.

Edie's trying to pretend she's not looking at herself. She has a model's body (I don't; I take after my father, who's French and smokes Gitanes and is practically a midget), but she dresses it in knee-length skirts and Kate Middleton jackets. Yawn yawn. She could probably do catalogues after we leave school but no: she wants to join the United Nations. Mum is SO impressed.

Edie's surreptitiously looking at her face. She's pretty in a blonde, centre-parting sort of way. You can't see her brains behind those steel-grey eyes. She's trying to work out whether she should get a fringe. She's been thinking about this for the last five years and no decision yet. She catches me watching her and makes out she's admiring Jenny, which is a total giveaway.

Jenny is un-admirable right now. A lovely person and my best friend, but THAT DRESS. It does nothing for
her. And to think she has to wear it to a premiere in a week.

Jenny's done a lot of things over the last year and a half. She's turned from a bouncy, freckly, funny twelve-year-old into a totally new edition. For a start, she's grown boobs and developed an interesting line in facial spots. She's acted in an action movie with Hollywood's Hottest Couple and the New Teenage Sex God – not something you want to be doing with the whole boob/spot thing going on. And she's developed a complex about her weight.

If we lived fifty years ago, she'd be hot. She's probably the same size and shape as Marilyn Monroe. But in today's Size Zero age, she thinks she's fat. She's embarrassed about the boobs. Mine are way behind and Edie will forever have fried eggs. She's even embarrassed about her skin, which blushes easily. She hates her freckles and her copper hair. She really just wants to disappear.

But she's not going to do it in that cherry tomato number. The designer's called Pablo Dodo. Don't try and remember his name, because if he's always this rubbish, he's likely to become extinct. He's the cousin of one of the movie's producers, which is how he got the job. He wanted to turn Jenny into ‘a vision in red’. Which shows the limit of his imagination. Between her hair and her blushes, she can do that all by herself.

Last time she came, Jenny told Pablo about her boob phobia and he promised to hide them. This he has done.
They're buried somewhere under the crimson, floaty, chiffon number that starts at her collarbone and continues outwards down to her mid-thigh, before stopping suddenly, as if it's remembered something, leaving her pinky-white legs somewhat stranded.

I'm trying to think of something to say, which is normally not difficult for me, but right now I'm challenged. Edie is biting her lip.

Pablo's assistant is organising the final fitting. She comes over, mouth full of pins, and starts adjusting, muttering about the ‘cheerful brightness’ of the chiffon.

‘What do you think, Nonie?’ Jenny asks me, slipping her feet into a pair of gold stilettos. She looks anxious and unsure (although she'd go well with a rocket salad).

I smile encouragingly, but stay silent. I'm picturing that red-carpet moment and it hurts.

Edie can't hold it in any more.

‘You look like a cherry tomato,’ she gasps at last. ‘In heels.’

And she's the one who wants to be a diplomat.

Ten minutes later, after some pinning and shifting about behind a tatty old curtain, Jenny re-emerges in her jeans and tee-shirt uniform, looking squashed. I have tried to explain that cut-offs and a shirt tied at the midriff à la Marilyn would look fantastic on her, but she's too depressed to listen.

I've given Edie the Look, but she just shrugged at me.
She believes in honesty between friends. And she's too busy being super-intelligent to notice the consequences.

Thanks to Edie, we have to rush for the Tube to get back across London. She volunteers with special needs children on Saturday afternoons. Edie's entire life is organised around getting CV points for her application to Harvard in three years’ time. You're supposed to go there before you join the UN, apparently. It's where Reese Witherspoon went in
Legally Blonde
. I seem to remember that in the movie Reese made a video of herself by the pool and the Harvard professors let her in. Edie makes it look
much
more complicated. And not only because pools are hard to come by in London.

Meanwhile, I've promised to treat Jenny to a smoothie at the Victoria and Albert Museum (the V&A to its friends), which is round the corner from my house. It's the coolest venue in London, with the chicest café – full of vintage tiles and crazy lights the size of space-hoppers – and the best smoothies I've tasted, after years of market research.

It's Jenny's last chance to do something normal before the promotion tour for her new movie goes hyper. The London premiere's next Saturday. Before that there are press interviews, TV interviews and photocalls. Then afterwards, more interviews. Then a trip to New York, LA and Japan to do it all over again.

Pablo Dodo says he sees her as a vision in pink for the New York premiere. God help us all.

El tesoro de los nazareos by Jerónimo Tristante
A Necessary Sin by Georgia Cates
Blind Ambition by Gwen Hernandez
Love Lasts Forever by Khanna, Vikrant
Pink Lips by Andre D. Jones
The Generals by W.E.B. Griffin
The Catalyst by Zoe Winters
His For Christmas by Kinsley Gibb
Cad Guidebook: A Basic Manual for Understanding and Improving Computer-Aided Design by Stephen J. Schoonmaker
Our Lady of the Forest by David Guterson