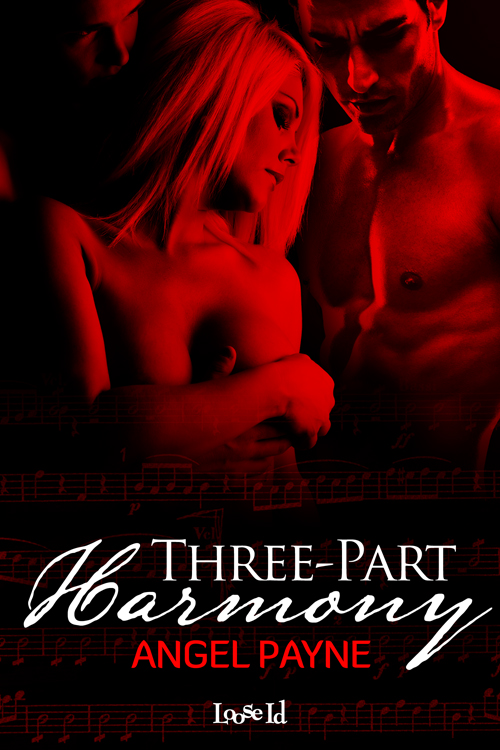 To my beautiful Sir, for the song that never ends.

Special thanks to Shayla, for always believing I belonged here. And to Christy, for your amazing memory!

So this is why they made up the term “conflicted emotions.”

As she tried to breathe down the ache in her chest, the air in her dressing room shifted with the movement of its other occupant. A leg, long and commanding, invaded her view. A camel Kiton suit clung to it in all the right places. The other leg entered her view, and now the owner of those tense, braced thighs gave a hard huff, emphasizing a case of thoroughly pissed-off that she’d recognized even if blindfolded.

“Don’t start what?” came his rage-roughened voice. “Asking what lame excuse he came up with this time?”

“He’s a senator,” Dasha countered. “He has responsibilities.”
So many that he now has the perfect little aide leaving his voice mails for him.
Crystal had even done the deed in less than sixty seconds. Was there anything the woman wasn’t good at?

Dasha bit down her retort. What option did she have otherwise? David was right; there was no point arguing, because that was what they’d do. It would be the same words, different setting. She’d protest about Dad’s “duty” and “obligations” to his position. David would snarl about how the esteemed Senator Moore had an obligation to
her
first. Her frustration would mount with each word. His fierce, protective fury would climb in proportion.

And her adoration of him would grow because of it.

She grabbed a water bottle from the clutter on her dressing table, then attempted to drown that thought with a big swig from it. She kept telling herself it had nothing to do with David’s recent breakup. What was this one’s name again? Oh, right. Lilly. Like the split changed anything between
her
and David. Like it ever would. Like Lilly wouldn’t be replaced in another month or two with some other strawberry blonde who stood demurely at his side, quipping three-word sentences.

Dasha grimaced
.
Damn it,
she
was a strawberry blonde, give or take a shade or two. As far as the vocabulary handicap…well, that was where she fell short. David didn’t call her his “walking thesaurus” for nothing. She’d started wishing, with more frequency than she wanted, for just a few less IQ points, as well as a good dip in the sarcasm that earned her David’s chuckles but not his heart.

Brooding was a completely unproductive pastime.

She put the bottle back down with a decisive
thud
, making the sequins of her stage outfit throw little prisms all over the room. Next to the bottle, she found an elastic band and used it to whip her long, thick curls into a high ponytail. In the mirror, she caught David’s eyes on her, the dark gray depths now glittering, like some wildcat watching from a forest. The look entranced her so deeply that it stopped her, freezing her arms in midair.

“What?” she finally challenged.

His eyes narrowed, making him look even more predatory, tightening the knot in her stomach. “You’re not going to say anything else?” he asked.

She stopped herself from blurting something she’d
really
regret later. Or even right now.

“Because I don’t have what?”

“No.” His voice went lower, almost a growl. “I can’t and won’t read your mind, sweetheart. Spit it the hell out.”

She was glad they now stared at each other via the mirror. She wasn’t sure she could directly handle the do-it-or-else intensity that underlined his words. Or the dark energy that saturated his gaze again. She watched a cord in his neck go hard, pulsing against the collar of his white dress shirt. Their sparring matches had always been part of their friendship, but the edge he’d carved to his end tonight was new. And strange. And turning her pulse into five kinds of
awake.

“Fine. I was going to comment on how testy you get when there’s no bimbette on hand for you to order around.”

To her shock, he snickered. On the heels of the shock came the embarrassment, which made her flush deeper. Which of course, made David laugh harder.

She flashed him a tighter-than-Spanx smile. “If the shoe fits, Mr. Pennington.”

“Hey, no hating. Unless you’re auditioning for the job?”

But during those three seconds, Dasha spun back toward him. She
didn’t
smile. Aside from the turn, she barely moved. Or breathed. She just waited, wordless—for—

Idiot. Like after five years, he’s ever going to see you as something,
someone,
more than his employer. His paycheck. Maybe, just maybe, you qualify as a friend—but not a lover. No, you’re not enough of a woman to be his lover.

The words stabbed her, sharp and accusing, plunging into the heart that tonight, of all nights, felt exposed and trampled. Dasha bowed her head as angry tears speared to the front of her eyes, then fell.

“D?” David only made the torment worse with his concerned rumble. She felt him move closer, his steps strong and fast. “Hey. What—”

She cut him off by acting, for once, on pure instinct. She lunged into him with every ounce of her strength. Before he could turn his stunned grunt into words, she captured his lips beneath hers and tasted him greedily, desperately. Joy rained through her when she felt the answering pressure from his own mouth, the seeking tilt of his head, the eager response of his tongue against hers, the hard grip of his hands at her lower back.

All too fast, he broke the kiss short.

“Dasha.” The sound vibrated through his body, dark as his unblinking stare. “Wait. Whoa.”

“No.” It came out a sob, and she didn’t care. “No ‘wait.’ No ‘whoa,’ damn it. Please, David, not tonight!” She slid a hand from his neck to his face, threaded her fingers through his hair. “Please, just for tonight…I need to know…”

“What?” he uttered into her hesitation.

“That I’m good enough.” She squeezed her eyes shut against the humiliation of the words. “Damn it, that
someone
wants me.” She shook her head. “No, that’s not it. That
you
want me. I need
you
to want me, David. You have to know, just a little, how I feel. How I want it…from you.”

Silence stretched. David released a heavy breath, though he didn’t pull away. That had to be good, right?

But then he spoke again.

“Ohhhh boy,” he muttered. “Dasha. Listen.
Listen.
” He captured both her wrists as she tried to yank away. “It’s not that I don’t want you too, okay? Christ, there’s a reason your fans adore you. You’re incredible and talented, vital and gorgeous—
beyond
gorgeous. But, you and I, as lovers—” He exhaled hard. “I can’t take care of your heart the way it deserves to be taken care of. And sweetheart, you
do
des—”

“I’m not your sweetheart.” She dipped her head again. “Got your entire message, mister. Loud and clear. Now let me go.”

His grip went tighter. “That’s exactly my point.” Then he tightened it again. The move, so deliberate, brought her stare back up in time to watch him slide an assessing stare all the way down her body. “If we were…together, you wouldn’t be firing orders at me like that. Well, not without some punishment to follow. And I certainly wouldn’t be letting you go. Not by a long shot. Not for a long time.” One side of his mouth quirked. “As a matter of fact, I’d be thinking of which way to best hold down your pretty little ankles too.”

Dasha got a shallow gulp in. “My—my ankles? And what do you mean, ‘punishment’?”

He locked his stare back to hers. A trace of dark marine blue now danced in those gray depths, giving her the smile his mouth just teased at. “I’m a Dominant, Dasha. I enjoy a lot of control in my personal relationships. Granted, it’s control that’s freely given, but I push those limits.
A lot.
Do you understand now?”

“No,” she managed to reply. And couldn’t get out much else. Just the way his tone went lower, and harder, started doing things to her body…things other men had to physically touch her to incite. Her thighs began to ache. And the intimate flesh between them… God, were her folds actually pulsing?

“Okay, let me put it this way. I don’t waste my time with women who can’t think. All my ‘bimbettes’ have a master’s degree or higher, some more than one. The reason they all took my ‘orders’ is because they chose to, as my submissives.”

He chuckled again. “Surrender can be fun, you know. And a lot more.”

At that, he changed his grip on her a little, making it possible to rub the pads of his thumbs into her palms. Her breath caught. The caresses were better than his foot rubs. Dasha dragged her eyes up, forcing herself to focus beyond the pleasure and accuse, “Fun for who?”

“Fair question,” he conceded. Though his gaze remained steady, a discernible tension now curled out from him. No, not tension. More like…anticipation, a sensual Tesla coil that radiated into her too. “And I’ll be very honest with my answer.” He pressed an inch closer. “You know you can expect no less.”

She flashed a knowing smile. “I guess I do.”