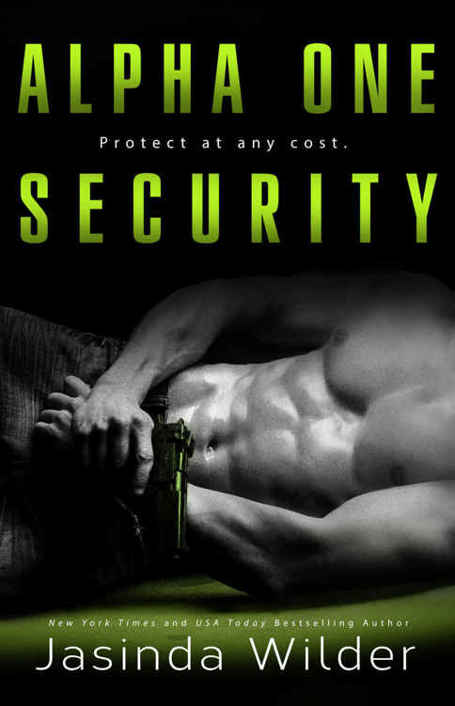 11: NOT FIGHTING IT ANYMORE

12: SCREAMING IN THE MANGROVES

An
Alpha One Security
novel

Experience paradise in exotic St. John!
I flipped through the brochure, staring somewhat longingly at the pictures—not that Miami wasn’t beautiful, because it was, but Miami was home, and I needed a change of scenery, even if just for a few days.

Beautiful Belize!
I tossed this one in the “no way” pile; Central America didn’t entice, for whatever reason.

I picked up the St. John brochure again, and as I was flipping through it for a third time, a colleague plopped down beside me on the couch in the ICU doctor’s lounge.

“St. John, huh?” she said, reading over my shoulder. Lizzy was several years older than me, married, and had three young kids. “Sounds good, let’s go!”

“Sure, why not? John can handle the kids for a few days.”

I quirked an eyebrow at her. “What about the time he sent your oldest to school wearing two different shoes and without a lunch?”

“She’s been wearing two different shoes ever since. Says it’s her style statement. And the school gave her hot lunch. It was fine.”

I laughed. “Lizzy, you didn’t talk to him for three days afterward!”

She shrugged. “Yeah, well, I tend to overreact.” She tapped the brochure in my hand. “For real, though, Lola. You need to take a vacation. You haven’t taken a single day off in three years. I know we’re not exactly close, but even I can see you work too hard.”

Lizzy stared at me like I’d sprouted a second head. “Sit on the beach, drink too many Mai Tais, and find a hot beach bum to shack up with.”

Saved by the pager, apparently. Going down that mental road when on shift was a recipe for disaster.

My pager confirmed what the PA had just announced: I was needed in the ER.

I’m not an ER doctor. I hated the pressure and the pace of the ER, and vowed after doing my med school rotation that I’d never work in the ER again. I like the peace and relative quiet of the ICU, and I like being able to track the progress of my patients. In the ICU there’s none of the wild bustle and manic, frenetic insanity of the ER, paramedics shoving crash carts through the doors, ambulances coming and going, nurses on the run, doctors bustling from patient to patient, never a moment to yourself, never a moment to breathe.

Nope. The ER is not for me.

So being paged to the ER was kind of unusual. I wondered what they wanted?

I hustled at a quick clip to the elevators, my shoes squeaking on the tile floor. I traveled down to the first floor and across the hospital to the ER department. I found the triage desk, and the brusque, gray-haired man working it.

He didn’t look up from the computer screen. “Waiting room. Patient asking for you.”

“Pardon me?” It wasn’t that I didn’t comprehend what he’d said, it was just that…what he said may as well have been a
non sequitur
.

He finally turned his attention to me. “The waiting room.” He enunciated each syllable, speaking to me as if I was either stupid or hard of hearing. “There’s a patient asking for you by name.”

Who in the world…?

Anyone who knew me would come up to the ICU looking for me. Or call me. Or text me. Or find me at home. Who would come to the ER and ask for me?

I tugged on the ends of the stethoscope looped over the back of my neck, a nervous habit of mine. I blinked a few times, and then pushed through the door and out into the waiting room.

I scanned the crowd—it was a Saturday night, so the Jackson Memorial ER was a hopping place. The waiting room was packed and there were people everywhere, bleeding, holding makeshift bandages, moaning, leaning on loved ones. At first, I didn’t see anyone I knew.

And then…there he was. The man I’d privately nicknamed Atlas was sitting right next to the admissions desk.

Oh, I remembered him all right. Seven feet tall, probably somewhere in the neighborhood of three hundred pounds, maybe three twenty. A real monster. But…a ridiculously gorgeous monster, if you went in for mountains of muscle wrapped around tectonic plates of bone, all sheathed in rolling acres of tan skin.

But, holy hell, those eyes. Pale, pale, pale ice blue. Almost white, they were so blue. An odd, piercing shade. And his hair—platinum blond, shaved on the sides to create a short but wide mohawk that resembled a Roman helmet crest, perfectly trimmed and shaped. The kind of hair that on anyone else would look stupid, or at least juvenile. But on this man? It just suited him. Made him look even scarier. Thick blond scruff on his jaw. God, that scruff was delicious looking.

He’d been in here a little over a year ago, standing guard for a friend or co-worker who had been shot. Nicholas Harris? I thought that was his name. Older guy, good-looking in a lean and sharp and rugged way. Shot four times, or five? Lived, and walked out to tell the tale. Damnedest thing I ever saw, and I’d seen a lot.

And now, here was Atlas again, asking for me by name?

Two things were immediately evident—the blood from his injuries made him look even scarier and, despite the crowded waiting room, everyone was giving him a wide berth.

I could see his left arm was a bloody wreck. His whole torso was covered in blood, but I think the worst of it was coming from his arm, and possibly his shoulder. Some of the blood was dried, and the blood on his black T-shirt was crusted stiff, which meant he’d been injured a while ago.

That shirt was so big I could probably fit into it two times over, yet it was tight on him, stretched across his chest, and bursting at the biceps.

I took a deep breath and walked over to him.

He shrugged his shoulder, indicating his wounded arm. “This.”

“Been waiting a while, Doc. I want
you
to fix it.”

“Name’s Thresh.” He stood up, slowly, carefully. Woozily. Instinctively, I moved closer to him, put my shoulder under his good arm to prop him up. Not that I could do much to support him if he were to pass out. “Don’t care what kind of doctor you are. Just…fix it.”

“You’ll have to go through the appropriate channels, Mr. Thresh.”

“Then I’ll just bleed out here, I guess. Been bleeding for awhile, now.” He leaned into me, and his weight nearly crushed me.

I bore up under it, tensed, and straightened. Lifted. “You can’t guilt me into seeing to your injuries, Mr. Thresh.”

“Just Thresh.” His head flopped back on his neck. His weight increased as he lost the ability to stand up on his own. I’m a pretty buff girl, but there was no way I could hold him up for much longer. “I’m getting faint, Doc.”

I stared up at him, at his sculpted, brutally beautiful features. He really did look peaked and pale. I wondered how long he’d been bleeding—how long he’d been waiting here. What had happened to him? I shook those thoughts away; it didn’t matter.

“First things first: we need to get you processed.” I glanced over my shoulder at the male nurse behind the desk. “Can I get his paperwork, please?”

The nurse, once again, didn’t look up. “Wouldn’t fill it out.”

“Can I have the blank forms, then, please?”

He heaved a sigh, as if I’d asked him to sell his firstborn child, or a kidney, but he brought me a clipboard with the intake forms. “Here. Good luck.” He glanced at Thresh warily, and possibly a bit derisively. “You’re gonna need it.”

Thresh growled, a sound not unlike the warning rumble you might get from, oh, say, a displeased grizzly bear. “Hey, pal, watch it. I can still crush you like a fuckin’ bug.”

The nurse fairly ran back to his desk. I hated how it made me feel, seeing Thresh put that unpleasant person in his place. I fought to keep the grin off my face. I handed Thresh the clipboard. “Fill this out, please.”

“You still have to fill it out, Thresh. At least the basics.”

With an irritated sigh, Thresh took the clipboard and pen from me. His hand was big enough that he could almost span the width of the clipboard between his thumb and pinky. When he pinched the pen between his fingers, it nearly vanished, swallowed whole by the size of his hands. It was ridiculous. He was so huge it boggled the mind and defied comprehension.

He just chuckled and handed me the clipboard. “There. Now, can we go?”

I eyed him. “Thresh…no last name?”

“You have to have a last name, Thresh.”

“And is
Thresh
your given name?”

He stared me down. “It’s the only name you’re getting, Doc, so best quit while you’re ahead.”

“Got shot more’n four hours ago, Doc,” Thresh said. “Not sure how much longer I can hold out.”

“Four
hours
?” I shouted this, exasperated. “What the fuck have you been doing since then?”

“
What?
You flew here yourself?”

“I remember that,” I said as I moved with him toward the doors that led into the triage area. “Where were you that there were no hospitals closer than four hours away?”

He tripped, and we nearly went down, but he righted himself, barely. I had to bend at the knees and use my deadlifting form to get him upright again. Good thing I work out.

“Jesus, Doc, you’re a real beast, ain’tcha?” His voice was low, meant only for me, rumbling in my ear.