Read Through the Window Online 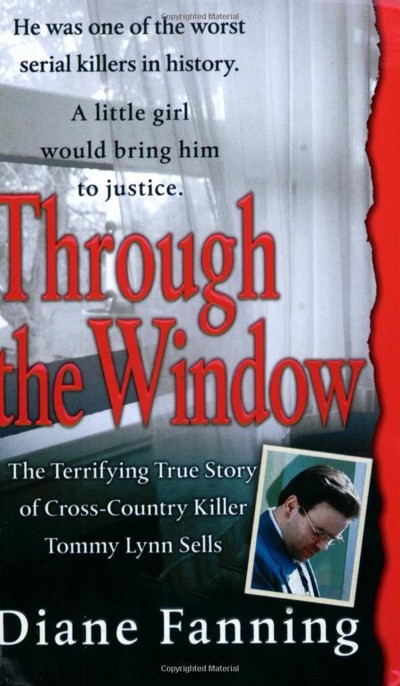 The book you are about to read is the latest bestseller from the St. Martin’s True Crime Library, the imprint the
New York Times
calls “the leader in true crime!” Each month, we offer you a fascinating account of the latest, most sensational crime that has captured the national attention. St. Martin’s is the publisher of bestselling true crime author and crime journalist Kieran Crowley, who explores the dark, deadly links between a prominent Manhattan surgeon and the disappearance of his wife fifteen years earlier in THE SURGEON’S WIFE. Suzy Spencer’s BREAKING POINT guides readers through the tortuous twists and turns in the case of Andrea Yates, the Houston mother who drowned her five young children in the family’s bathtub. In Edgar Award-nominated DARK DREAMS, legendary FBI profiler Roy Hazelwood and bestselling crime author Stephen G. Michaud shine light on the inner workings of America’s most violent and depraved murderers. In the book you now hold, THROUGH THE WINDOW, Diane Fanning traces the dreadful path of a serial killer that is not for the weak of heart.

Herb flipped on the porch light and peered out the door’s peephole. He saw a young girl with a bent head. He opened the door to a horrifying sight. The girl’s clothes were saturated with blood. She swayed in the glow of the porch light.

He opened the door and led her into the still-dark house. “Marlene, take care of this little girl. I need to call 9-1-1.”

Marlene stood in the doorway of the bedroom. She switched on the kitchen light. An intense image of red branded itself on the surface of Marlene’s eyes. “My God. My God. What happened to you?”

For a second, Herb froze, unable to remember how to dial 9-1-1. Then he stabbed in the numbers. As soon as he heard the answering click, he blurted, “I have a little girl...” He glanced at the pathetic form desperately clinging to life. He thought of his own grandchildren. He could not utter the word “dying.” “She’s covered in blood. I need an ambulance. I need police. Please hurry.”

Krystal mimed a writing pen. Marlene stepped into the kitchen area for a pen and pad of paper. Herb hung up the phone.

Marlene handed the pen and paper to Krystal. Herb knelt by her side. He held her hand. He stroked her hair, trying to get it out of the blood caked on her face.

The young girl scrawled: “The Harrises are hurt.”

“This guy,”
scratched across the paper ...

NOTE: If you purchased this book without a cover you should be aware that this book is stolen property. It was reported as “unsold and destroyed” to the publisher, and neither the author nor the publisher has received any payment for this “stripped book.”

All rights reserved. No part of this book may be used or reproduced in any manner whatsoever without written permission except in the case of brief quotations embodied in critical articles or reviews. For information address St. Martin’s Press, 175 Fifth Avenue, New York, N.Y. 10010.

This book is dedicated to two heroic survivors,

to Kaylene Harris, who made the final sacrifice;

and to all the known and unknown victims who preceded her.

FOLLOWING the trail of crimes left by Tommy Lynn Sells was a complicated and sometimes contradictory journey. I intruded on the busy days of numerous members of law enforcement along the way. More often than not, I spoke with investigators with technically open cases who were restricted in the information they could impart. Nonetheless, this situation did not inhibit their generosity with their time.

Thanks to Tommy Lynn Sells for hours of interviews, prolific correspondence and a mountain of legal documents. And thanks to his mother, Nina Sells, his great aunt Bonnie Walpole, and his mother-in-law, Virginia Blanco.

A compassionate acknowledgment of my gratitude to the family members of victims, who allowed me a glimpse into the blackest moments of their lives: Crystal Harris, Kathleen Cowling, Anna Walker, Joni Settlemeir, Joeann Dardeen, Anita Knapp, Inez Cowling, Pamela Surles, Lorene Bible and Susan Wofford. I will never forget you.

On a personal note, I want to thank writer Suzy Spencer, my mentor, cheerleader and gentle critic for putting her hands behind my back and giving me a shove.

To David Ferguson, News Editor of KNBT–KGNB radio in New Braunfels—thanks for pumping up the jam.

To Wayne—I would never have persevered without
your unending emotional support, toleration and love.

And, finally, I must honor my huge debt of gratitude to the three people who made this book possible: my agent, Jane Dystel; St. Martin’s Press executive editor, Charlie Spicer; and the man with the scrupulous eye, my editor, Joe Cleeman.

A chill teased the air across South Texas in the early morning hours of December 31, 1999. In less than twenty hours, thousands would light fireworks to herald the coming of a new century, the promise of a new beginning. Just west of Del Rio, on the Guajia Bay, nothing so remarkable heralded the departure of one young life and the end of innocence for another.

Down a dark, narrow road, the six inhabitants of a double-wide mobile home were fast asleep at 4:30 A.M. The man outside the residence first tried to trip the lock on the back door with his knife blade, but failed. The family dog started barking in the pen. He let the black rottweiler smell his hand and patted him on the head until the animal was quiet. He removed the screen from the window above the air conditioner and pushed up on the sash, but the latch lock was drawn, holding the pane in place.

He moved on panther feet to the front of the house. The window to 14-year-old Justin Harris’ room was raised to the welcome coolness of a mild December. Outside, the open window was an invitation to the man lurking in the shadows. He removed that screen and set it off to the side. Beneath his makeshift entryway, a large metal tub rested. He stepped up on its edge, unaware that in the dark water below his foot, two ill-tempered snapping turtles waited for him to slip. From his perch, he pushed the sash up a bit farther until he created an opening large enough for entry. Carefully, he threw one leg up over the windowsill and into the room. He paused, his ears tuned to catch the slightest
noise. He hoisted the other leg into the room and eased himself down to the floor.

Justin, blind from birth, thought one of the girls was messing with him again, and said, “Will you all stop coming into my room?” then went back to sleep.

The intruder walked into the next bedroom and struck his lighter. There was a very small girl sleeping on the bed, 7-year-old Marque Surles. Her heart-shaped face looked even more innocent in repose than it did by day—nose smooshed in the pillow, delicate eyelashes feathered on its case. Her body curled up in a loose, comfortable ball. He stared at her in the flickering light. Then, he turned away.

He walked down the hall to the other end of the trailer. Spinning the ridged wheel on his lighter again, he saw a woman, Crystal Harris, and a young girl, 12-year-old Lori Harris, fast asleep. He touched the woman on the leg. She did not stir. He looked down at her long hair splayed across the pillow, at the curves of her body undulating beneath the covers. He shook his head and stepped away.

He went back down the hall to explore the one remaining bedroom. Stepping across the threshold, all he heard was the quiet flow of breath from the two occupants in the room. He inhaled a heady smell: part sweaty child, part air freshener, part blooming female adolescence.

He pulled the door closed behind him. In the top bunk, 10-year-old Krystal Surles stirred, and he froze in his tracks. No thread of light penetrated the room. He was unable to identify the source of the noise. His right hand squeezed the knife handle until it left a deep impression on his palm. In two steps, he was leaning over 13-year-old Kaylene “Katy” Harris on the lower level of the bed. “Wake up,” he hissed into her ear. He lay down next to her and held one hand to her trembling throat while his other hand wielded a hideous twelve-inch boning knife.

“What are
you
doing here?”

Without responding, he slit her shorts. He cut her panties. He sliced her bra in two. Then he returned the knife to the terrified child’s throat while his free hand danced
across her small body. She jerked free, tumbling out of bed on the side that was closest to the wall.

She shouted, “Go get Mama!” as she surged toward the door. But he was already there blocking her escape. His knife stabbed, drawing first blood.

He flipped on the light and looked at the fresh wound on her arm, and pulled her toward him. Above, Krystal awoke with a start, peering through the slats of the bunk. First she saw Katy; a hairy hand was clasped over her friend’s mouth. Then, her worst nightmare came true: she saw him—the monster under the bed lived! He stood behind Katy, holding a wicked-looking knife to her throat. As the 13-year-old struggled, Krystal looked in her eyes. She received an urgent message that was as loud and clear as if spoken: “Do not move.”