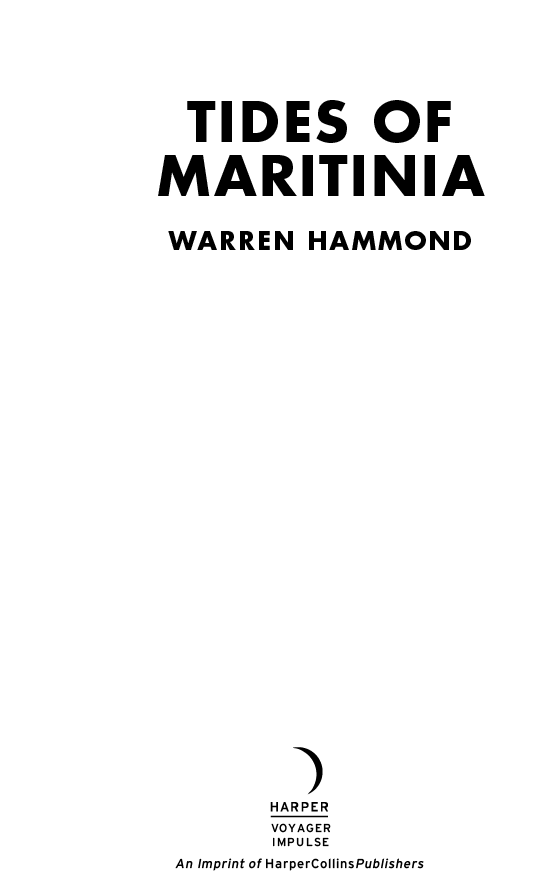 Nine years before the publication of this text, after several months' worth of contentious debate, the University of Maritinia made the decision to convert the voluminous journals of Jakob Bryce (also known as Colonel Kell) to a form more easily understood by the Maritinian Â­peoples.

Please know that any and all fictionalizations were made for the sole purpose of enhancing the narrative's readability. Absolutely every effort has been made to preserve historical accuracy.

I
was an assassin.

I didn't mean to say I'd never had sex; stabbing flesh with flesh was the best kind of stabbing there was.

I was a virgin because I hadn't knifed for real. Never put blade to skin and loosed a river of blood. Never sliced through muscles and organs. Never drove a blade deep to the core.

Never put my lips to the flame and blew out another's soul.

K
neeling on the restaurant's rooftop, I scanned the watery horizon until I spotted a few slivered strokes of brown against the endless sprawl of rolling emerald and gold. The boats came from the Empire's Ministry, sunlight glinting off five domes at the horizon's edge.

This was the last flotilla of the afternoon.
He
would be on one of those boats. My target. Colonel Drake Kell.

My throat was dry. Strange that it could get so dry on a world that was nothing but water. I tried to tell myself it wasn't fear. But it was.

I wiped sweat from my forehead. Again. Pol must have noticed.

I replied, my words traveling down the little channel in my thoughts. That was how I communicated with the consciousness living inside my skull. Pol was what I called him. Short for Political Officer.

I sucked in a deep, calming breath and tried to believe he was right. He should know. He'd been through this before. Countless times. For centuries, heâÂ­or one of his many duplicate consciousnessesâÂ­had been coaching operatives like me. More than a coach, though, he was a companion and a comrade. A confidant. A source of strength.

No way I could do this without him.

Crouching to stay hidden, I moved away from the wall, shoes crunching on broken tile. From the corner of my eye, I spotted a crab disappearing under a roof shingle. This planet was infested with the damn things.

A few more steps, and I'd moved far enough that nobody would see me if they looked up from the quay. I stood straight and stretched my arms to the cloudless sky, muscles gleefully unknotting.

I paced back and forth. Had to get the blood pumping. Get the circulation circulating.

Feeling refreshed, I moved back to the whitewashed wall, dropped back down to my knees, and checked for crabs before propping my elbows on the stone.

Chin resting in my right hand, I looked to the east. The flotilla was closer but still a long ways off.

I knew. The Sire's wisdom had been drilled into me all my life. I was from Korda, home world of the Sire. A world at the center of an empire of ten thousand worlds.

I'd traveled a long way to get to Maritinia, an ocean-Â­covered planet on the farthest fringe of the Outermost Ring. Like all the other worlds in the Outermost Ring, it was too far from the Empire's Core to be controlled at gunpoint. The Empire was far too vast to station armies and fleets in every corner.

A more clever solution was required: population control by means of technology control.

For the Maritinian Â­people, that meant
no
technology. None at all. No plastics or metals. No electricity. No computers or robots or engines. Nothing beyond wheel, pulley, and lever.

Assert technological control and with it came political control. Such was the wisdom of the Sire.

Yes. They had the squiddies. I supposed that was better than paddling. Not much faster, though.

A small contingent of roughly one hundred of the Empire's finest soldiers and administrators could manage a tech-Â­restricted world like this one. It led to a remarkably stable system. It had worked since the Empire's founding three thousand years ago.

But not anymore. Not here. Maritinia had gone rogue.

And one of my mission's numerous goals was to find out why.

But first the traitor had to die.

If only those boats would hurry up. Infuriating things moved like drugged snails.

The waiting was the worst part. So much nerve-Â­wracking, hair-Â­pulling, crazy-Â­making time to fuss and worry. Fourteen months since the Eyes and Ears of the Empire gave me my orders. Fourteen months. Maritinia was that far.

But those fourteen months were the easy partâÂ­I was training. I was
doing.
I'd made landfall eight days ago, though. Eight days with nothing to do but wait. And watch the tide go in and out. And think.

A sharp pinch made me jerk my elbow away from the wall. I rubbed the sore spot and looked down to see a pair of pincers retreating under a stone. Damn crabs got me again.

I missed Korda. Illustrious home of the Sire. A civilized world. We'd tamed that fickle Mother Nature millennia ago. Smothered her by blanketing the globe with so many cities that they'd merged into one enormous metropolis that wrapped the entire planet in stone and steel. It was a beautiful place. A testament to the engineering skills of the Empire.

Looking to the setting sun, seeing the swaths of pink and purple sweeping the sky, I supposed this place had some natural appeal. But as far as I was concerned, it was the kind of appeal best appreciated in a painting.

Turning my gaze eastward, I saw that the flotilla of skiffs was finally getting close. Wouldn't be much longer now.

I felt the tension in my gut, springs winding tighter and tighter.

To distract myself, I turned my attention to a pair of barges coasting in from the north. They rode low in the emerald water, their holds pregnant with kelp. Gliding to a stop, the barges were boarded by sweat-Â­soaked Jebyl dockhands, who began the tough work of wrestling sopping bails of kelp down bamboo ramps to the pier, where woolly mammoths flapped their ears while awaiting their cargo.

I always knew that life in the Outermost Ring was different, but this world, with its winds and rains, and its rotten-Â­fish stench, and its disfigured beggars, and barefoot children was so .Â .Â . so .Â .Â . crude.

At times, I wondered if the Empire should even bother retaking this planet. But all the ten thousand worlds served their purpose. The Sire smiled upon those who contributed, no matter how small. How these Â­people could've shunned Him, I didn't know.

The sun dropped below the watery horizon, the cool of dusk already on the air. Me, I was still sweating.

Sun departed, the rolling swells of the sea had lost their sparkle, and emerald water faded to a mosslike green. The golden kelp fields could hardly be called golden anymore. More like brown mustard now. And the domes of the Empire's Ministry in the distance had lost their luster, brilliant silver dimmed down to the dull gray of concrete.

It was as if the sun had pilfered this world's only riches on its way out.

Only the skyscreens still shone brightly, the stern-Â­faced Admiral Dii MnaiâÂ­the self-Â­appointed ruler of Free MaritiniaâÂ­looking down on Maringua, his capital city. The man was a mystery to us. After seizing control, he'd severed communication with the rest of the Empire, and we'd not had much information on him beforehand. For a world like Maritinia, there had never seemed a need.

The voice came from deep inside my head.

I jerked my eyes back to the docks. Eyes on the docks.

I did. Colonel Kell was easy to spot, his walking pace seemingly twice as fast as anybody else's. Of course, to me his bustling stride was normal. Kell was from Korda just as I was, his internal metronome forever swinging at a citified tempo. I watched him and his two guards move along the quay, coming in my direction.

Dread welled up from deep inside. Brittle nerves felt ready to snap. But I swallowed hard and answered in the affirmative. I can do this, I told myself. I can.

My knees creaked and cracked as I stepped across roof tiles and down a set of stairs that led to a meandering marketplace. I strolled past the first two fish stalls before turning right and exiting onto the quay just in time to fall in step about ten feet behind the colonel and his guards.

Kell moved with authority, head up, shoulders square, each step perfectly placed. His bootheels clacked sharply on the stone, precisely the way you'd expect of a lifelong military officer, one who clearly still knew how to handle himself. He was a real man, this Kell, a decorated veteran of the Secession Skirmishes, commander of dozens of ops, a true leader, and later a diplomat.

I was no match for Kell. My training wasn't good enough or long enough. What in Sire's name had I gotten myself into?

Until fourteen months ago, I was just an Analyst Second Class, a fancy title for a simple bureaucrat. A pastry-Â­eating, coffee-Â­and-Â­cream-Â­drinking, clock-Â­punching pencil pusher complete with a wardrobe full of nothing but dark-Â­toned suits that needed to be let out an inch per year.

A lifelong slacker foolishly trying to live up to Daddy's expectations.

From experience, I knew early evening was a busy time on the quay. Tethered boats would take on supplies. Wheelbarrows full of fish would head for the markets, eel tails hanging over the edges. Herds of mammoth would be shepherded into their stables by gangs of young boys adept at the most deaf-Â­making whistling I'd ever heard.

But tonight all that commotion was invisible to me.

The only thing I could see was the traitor's cap.

The only thing I could hear was the insistent hammer of my heart.

The time was near. Time to do the job I was sent to do.

Nobody could see me do it. Nobody could ever find his body. Because once he was dead, I was going to take his place.

The Spirit Catches You and You Fall Down by Anne Fadiman
Let the Devil Out by Bill Loehfelm
Quicksilver by Stephanie Spinner
Laughing Man by Wright, T.M.
Fethering 09 (2008) - Blood at the Bookies by Simon Brett, Prefers to remain anonymous
More Than Lies by N. E. Henderson
Kasey Michaels by Indiscreet
Denialism by Michael Specter
Roadside Sisters by Wendy Harmer
False Security by Angie Martin