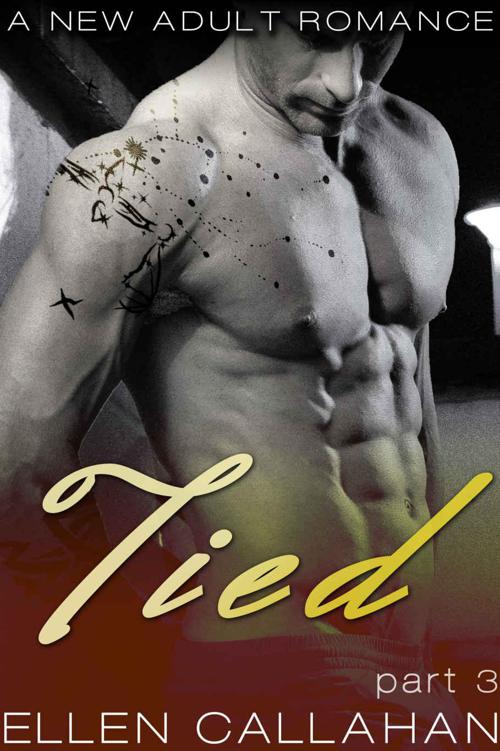 This is part 3 of 4-part series. The last is coming soon!

This book is a work of fiction; any names, places, and/or situations portrayed within are products of the author’s imagination; any similarity to real persons, living or dead, events, or locales are entirely coincidental.

This book contains mature content that is suitable for adults only.

She’s got big plans for lots of new novels and series. Be the first to hear about new books, sales, and freebies!

It’s free and easy, and she will never send SPAM or share your e-mail address with anyone.

Be the first to know when the next book is released!

I was falling in love with Rob Lockett.

I realized it the night that I told him about my accident - something sick had come over his face as he shouted at me, comparing me to the “careless bitch” who had killed his sister.

I realized I was in love because I was so worried about him. Too worried to internalize what he’d said, what it meant. I was careless and stupid and could have killed those people. I already knew it but was trying so hard to move past it. It wasn’t until later that the weight of his words sank in, and by then I already had Patrick on the phone.

If I hadn’t gotten hired by Lockett’s sister-in-law, I probably never would have fallen so hard. My attraction to the man would have run its course. But seeing him with his family had been a game changer.

Now, the man that I was falling in love with was in the hospital. I’d watched him bleed and nearly pass out on the street, I’d ridden with him in the ambulance where he did fall unconscious, and then I’d been left in the waiting room to give my report to the police.

I wasn’t family, so no one could give me any details at all. No one could answer me when I begged, “Is he okay? Can you just tell me if he’ll wake up?” He had to - it was just a nasty wound on his ankle. The ambulance had gotten to us before he lost too much blood. He
had
to be okay.

One by one, his brothers appeared. Josh first - his was the only number I had. “Lisa had to stay home with the kids,” he said, squeezing me in a quick hug, “But she sends her love.”

Next to show was the oldest brother, Brian. He lived in Queens somewhere further east and was also married with kids - the rest of his family remained at home. He gave me a stern glance before getting caught up with Josh.

God, why was I feeling guilty? It was
his
fight,
his
opponent,
his
shady gym owner’s whole event. I just wanted to be with him.
They don’t know the full story yet,
I reassured myself,
they’ll come around. They’re just worried about their brother.

Finally his parents arrived with his second oldest brother, William, in from Long Island. They all shared the same hazel eyes with their mother - a short woman amongst so many tall men. She absentmindedly shook my hand while William and his father immediately rushed the front desk and demanded to speak to the doctor.

I was beginning to feel out of place. No, I felt
very
out of place. But I didn’t want to leave. What if he woke up and asked about me? How would he feel if I wasn’t there? I tried to catch Josh’s eye from across the small sea of waiting room chairs, but he was busy speaking with his brothers.

Last to arrive was the youngest brother Paul and his pretty wife, Charlotte. She hugged all the brothers but finally came around and sat next to me.

“You looked lonely,” she said. “I know the feeling when the boys get together.”

“There’s so many,” I said, smiling shyly. “Is this all of them? I thought he said he had four brothers…”

“There’s one more but he lives in LA.” She sat back and looked me up and down. “You must be exhausted.”

“I’m too worried to be tired,” I said. I could imagine how terrible I must have looked, though. The man who’d held my arms back had bled in my hair when Lockett broke his nose, and between that and Lockett’s blood, I was a big mess. The only thing I’d managed to clean were my hands.

“Did you talk to the police?” she asked quietly.

“Yeah. I told them what happened. They only nabbed the one guy.”

She soothingly rubbed my back. I automatically liked her. She was friendlier faster than I ever was, but that was a good quality. I felt less tense and unwelcome with her at my side. “Thanks,” I said.

“Of course, honey,” she said, “It must have been a really tough night.”

“It was. It was so awful.” I swallowed a lump in my throat.
Later. There’s time for tears later
.

“I know you’re worried about Rob but don’t forget to take care of yourself, too,” she said. “It must have been traumatic for you. I was attacked, once, back in the bad old days.”

“I’m not. I was very young. Grade school. A strange man knocked me down and took my backpack. He slapped me when I screamed and then went through my pockets. Took my lunch money.”

I gaped at her. “Who attacks a child?”

She remained with me for the hours we waited, telling me all about growing up in the city. I was beyond grateful for her company. The nurses came out a few times with brief updates, but Lockett’s parents and brothers swarmed them and I couldn’t hear what was said. Josh mouthed to us, “He’s okay,” a few times, but that was as much information as I got.

“Is there anyone else you need to call?” Charlotte asked, checking her watch, “It’s one in the morning.”

“Oh. Oh!” I pulled out my phone and found three texts from Riley - two wondering when I was getting to the bar and one announcing she was home and where the hell was I.

I was about to reply when the doctor came out. I jumped to my feet and followed Charlotte to join the rest of the family waiting around him.

This was it, I’d finally know how he was doing. Instead the doctor looked around the room and announced, “The parents, please.” When they stepped forward, he led them away.

Josh finally approached and spoke to me. “Listen,” he said, “You should go. He’s going to be overwhelmed with all of us here as it is, and it might be a few more hours before he can see anyone, anyway.”

He planted his hands on my shoulders. “We’re not kicking you out, Katherine. I’m just worried about you. You’ve got to take care of yourself.” Charlotte nodded next to me. “Go home, wash your hair, get a few hours of sleep. I promise either Lisa or I will keep you in the loop.”

I was hardly in the loop as it was. But he was right - I had to get the blood out of my hair and get into some clean clothes at the very least. “Okay,” I said, “Thanks. Please let me know when you know anything.”

That was that. I had to go home, alone, and step into the shower alone, and crawl into bed alone with no idea how Lockett was doing. Was he hurting? Was he still in danger after losing so much blood?

Tears dampened my pillow. I didn’t know how on earth I’d manage to get any sleep at all. Not when I was so afraid for him.

Someone knocked softly on my door. My heart jumped, though I knew it wasn’t him. “Yes?” I asked.

“Katherine?” Alexa peeked her head inside. “I heard you come in and use the shower. It’s so late, is everything okay?”

“No,” I said, my voice cracking. She rushed into the room and sat on the edge of the bed.

“What happened? Come here.” She pulled me into a tight hug.

I told her the whole story - the attack, the ambulance ride, the hospital, his family. We weren’t on the best terms lately, but all of our animosity melted away. She squeezed my hand and listened and when I was done, she sprawled out on the bed next to me.

“You don’t want to tell Mallet?” I asked.

“You need to sleep,” she said, then smiled softly. “I’ll stay with you until you’re out.”

“Thank you,” I said. And her comforting presence helped - I dozed right off with my sister squeezing my hand.

Charlotte and Josh had been right - it was a traumatic night for me, too, and it was so much better to not be alone. If I couldn’t be with Lockett in the hospital, this was the next best thing.

Well, not his home. Not
our
home. He was being taken to Josh and Lisa’s place to recover for a week before his next surgery - then after that, maybe, finally, he’d come back to the apartment.

I would have joined them to pick him up at the hospital but Lisa asked me to remain behind with the kids. They sat with me at the front window and watched the cars driving by, jumping and pointing at every taxi that passed.

“Did you see him in the hospital?” Finn asked, worry darkening his typically bright little ten-year-old face.

We spent the next half hour taping pieces of paper together with “Welcome Home” scrawled across them, one letter per page. It was a good way to keep the kids distracted, at least.

“You know we have to focus on homework, soon,” I reminded Finn.

“After Uncle Rob’s here,” he said. I nodded. He wouldn’t be able to concentrate while he was so anxious, and I didn’t mind staying a little late. I wanted to spend some time with Lockett, anyway.