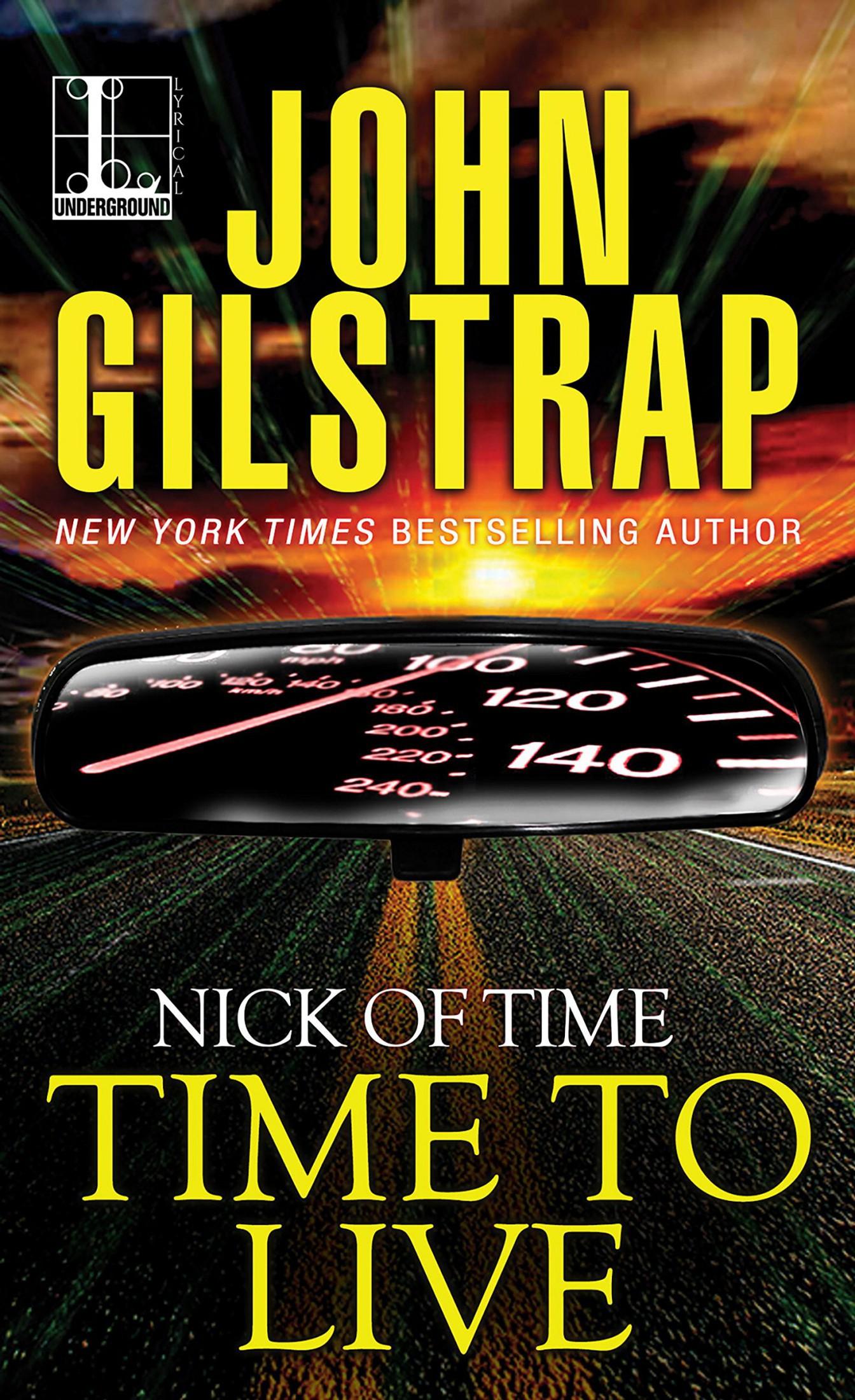 Praise for John Gilstrap
NICK OF TIME
“A page-turning thriller with strong characters, exciting action, and a big heart.”
—Heather Graham
AGAINST ALL ENEMIES
“Any John Gilstrap novel packs the punch of a rocket-propelled grenade—on steroids! Tentacles of intrigue reach into FBI headquarters and military hierarchy. Lines are crossed and new ones drawn. The philosophy of killing to preserve life takes on new meaning. Gilstrap grabs the reader’s attention in a literary vise grip. Each installment of the Jonathan Grave series is a
force majeure
of covert incursions, and a damn good read.”
—BookReporter.com
“Tense, clever . . . series enthusiasts are bound to enjoy this new thriller.”
—
Library Journal
END GAME
A
N
A
MAZON
E
DITORS
’ F
AVORITE
B
OOK OF THE
Y
EAR
“Gilstrap’s new Jonathan Grave thriller is his best novel to date—even considering his enviable bibliography.
End Game
starts off explosively and keeps on rolling. Gilstrap puts you in the moment as very few authors can. And there are many vignettes that will stay with you long after you have finished the book.”
—Joe Hartlaub, BookReporter.com
DAMAGE CONTROL
“Powerful and explosive, an unforgettable journey into the dark side of the human soul. Gilstrap is a master of action and drama. If you like Vince Flynn and Brad Thor, you’ll love John Gilstrap.”
—Gayle Lynds
“Rousing . . . Readers will anxiously await the next installment.”
—
Publishers Weekly
“It’s easy to see why John Gilstrap is the go-to guy among thriller writers, when it comes to weapons, ammunition, and explosives. His expertise is uncontested.”
—John Ramsey Miller
“The best page-turning thriller I’ve grabbed in ages. Gilstrap is one of the very few writers who can position a set of characters in a situation, ramp up the tension, and—yes, keep it there, all the way through. There is no place you can put this book down.”
—Beth Kanell, Kingdom Books, Vermont
“A page-turning, near-perfect thriller, with engaging and believable characters . . . unputdownable! Warning—if you must be up early the next morning, don’t start the book.”
—
Top Mystery Novels
“Takes you full force right away and doesn’t let go until the very last page . . . has enough full-bore action to take your breath away, barely giving you time to inhale. The action is nonstop. Gilstrap knows his technology and weaponry.
Damage Control
will blow you away.”
—
Suspense Magazine
THREAT WARNING
“If you are a fan of thriller novels, I hope you’ve been reading John Gilstrap’s Jonathan Grave series.
Threat Warning
is a character-driven work where the vehicle has four on the floor and horsepower to burn. From beginning to end, it is dripping with excitement.”
—Joe Hartlaub, BookReporter.com
“If you like Vince Flynn–style action, with a strong, incorruptible hero, this series deserves to be in your reading diet.
Threat Warning
reconfirms Gilstrap as a master of jaw-dropping action and heart-squeezing suspense.”
—Austin Camacho,
The Big Thrill
HOSTAGE ZERO
“Jonathan Grave, my favorite freelance peacemaker, problem-solver, and tough guy hero, is back—and in particularly fine form.
Hostage Zero
is classic Gilstrap: the people are utterly real, the action’s foot to the floor, and the writing’s fluid as a well-oiled machine gun. A tour de force!”
—Jeffery Deaver
HOSTAGE ZERO
“This addictively readable thriller marries a breakneck pace to a complex, multilayered plot.... A roller coaster ride of adrenaline-inducing plot twists leads to a riveting and highly satisfying conclusion. Exceptional characterization and an intricate, flawlessly crafted story line make this an absolute must read for thriller fans.”
—
Publishers Weekly
(starred review)
NO MERCY
“
No Mercy
grabs hold of you on page one and doesn’t let go. Gilstrap’s new series is terrific. It will leave you breathless. I can’t wait to see what Jonathan Grave is up to next.”
—Harlan Coben
“The release of a new John Gilstrap novel is always worth celebrating, because he’s one of the finest thriller writers on the planet.
No Mercy
showcases his work at its finest—taut, action-packed, and impossible to put down!”
—Tess Gerritsen
“A great hero, a pulse-pounding story—and the launch of a really exciting series.”
—Joseph Finder
“An entertaining, fast-paced tale of violence and revenge.”
—
Publishers Weekly
“No other writer is better able to combine in a single novel both rocket-paced suspense and heartfelt looks at family and the human spirit. And what a pleasure to meet Jonathan Grave, a hero for our time . . . and for all time.”
—Jeffery Deaver
AT ALL COSTS
“Riveting . . . combines a great plot and realistic, likable characters with look-over-your-shoulder tension. A page turner.”
—
The Kansas City Star
“Gilstrap builds tension . . . until the last page, a hallmark of great thriller writers. I almost called the paramedics before I finished
At All Costs.
”
—
Tulsa World
“Gilstrap has ingeniously twisted his simple premise six ways from Sunday.”
—
Kirkus Reviews
“Not-to-be-missed.”
—
Rocky Mountain News
NATHAN’S RUN
“Gilstrap pushes every thriller button . . . a nail-biting denouement and strong characters.”
—
San Francisco Chronicle
“Gilstrap has a shot at being the next John Grisham . . . one of the best books of the year.”
—
Rocky Mountain News
“Emotionally charged . . . one of the year’s best.”
—
Chicago Tribune
“Brilliantly calculated . . . With the skill of a veteran pulp master, Gilstrap weaves a yarn that demands to be read in one sitting.”
—
Publishers Weekly
(starred review)
“Like a roller coaster, the story races along on well-oiled wheels to an undeniably pulse-pounding conclusion.”
—
Kirkus Reviews
(starred review)
ALSO BY JOHN GILSTRAP
Friendly Fire
Against All Enemies
End Game
Soft Targets
High Treason
Damage Control
Threat Warning
Hostage Zero
No Mercy
Six Minutes to Freedom
Scott Free
Even Steven
At All Costs
Nathan’s Run
JOHN GILSTRAP
NICK OF TIME TIME TO LIVE

Z14 by Jim Chaseley
Birds of Prey : Previously Copub Sequel to the Hour of the Hunter (9780061739101) by Jance, Judith A.
The Shaman's Secret by Natasha Narayan
Savage Autumn by Constance O'Banyon
SCORE (A Stepbrother Sports Romance) by Mia Carson
The Debutante Divorcee by Plum Sykes
The Sweet Spot (Sweet And Spicy) by Eason, Mary
Monsters in the Midwest (Book 2): Northwoods Wolfman by Burtness, Scott
The Mazer by C.K. Nolan
A Promise in Midwinter by Stark, Alyssa