Read To Bewitch a Highlander (Isle of Mull series) Online

To Bewitch a Highlander (Isle of Mull series) 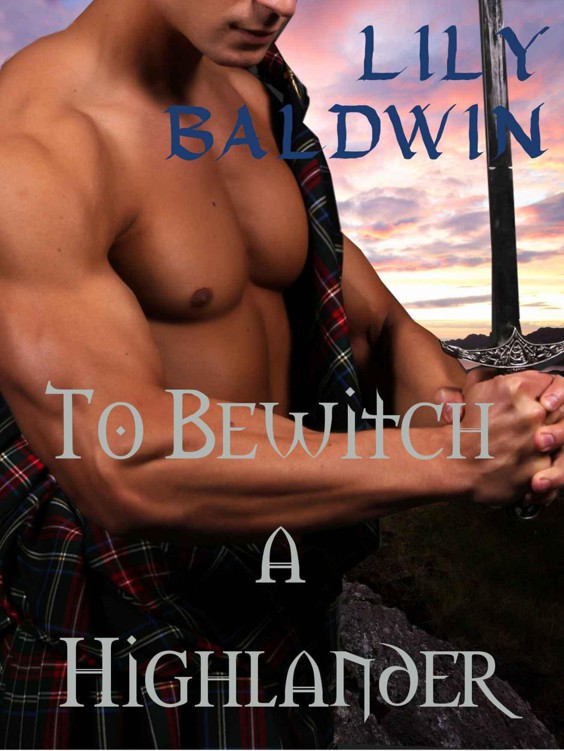 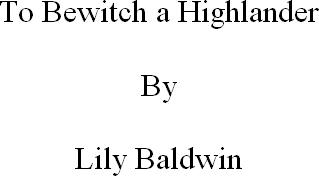 To Bewitch a Highlander
is a work of fiction. Names, characters, places, and incidents are the products of the author’s imagination or are used fictitiously. Any resemblance to actual events, locales, or persons, living or dead, is entirely coincidental. 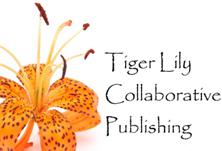 This book is dedicated to my beloved husband whose unwavering faith gave me the confidence to push forward. To my daughter who holds me accountable to my dreams. And to my mom and dad—simply, the best parents in the world.

And to Aunt Lou.

Thank you to my family and friends for your endless support and to my amazing team of editors: Joey, Kenzie, Heather, Nonni, Jill, Christina, and Dale. Thank you to Alan Barnett for bringing your outstanding talent to the audio edition. And a special thanks to Jan and Fred.

Ronan motioned for the small band of warriors behind him to halt.

“We are on a fool’s hunt, Ronan,” Aidan whispered.

Ronan cast Aidan a scowl that would have sent most men to their knees. Aidan stood his ground, but nodded to let Ronan know he understood the warning. On the battlefield, Aidan was one of Ronan’s fiercest warriors, but away from the fray, he was easily bored and distracted. More often than not, it was women who distracted and later bored him, but, evidently, their latest mission lacked enough dangerous enticements to hold his interest. Tedium, however, was no excuse for carelessness. Aidan was beginning to try Ronan’s limited patience. If his complaints continued, Ronan would personally tie him to a tree and use him as bait to ensnare the trespassers.

Ronan signaled for the men to split up, but motioned for Aidan to follow him. The last thing he wanted at that moment was to endure any more of Aidan’s nagging, but the only way to ensure he stayed out of trouble was to keep him close.

“Ronan, ‘tis barely spring”, Aidan whispered. “The MacLean is an idiot to be sure, but he’s not daft enough to think he might conceal his warriors in the forest this time of year.”

“Enough”, Ronan growled. He had to think, a simple task made harder owing to Aidan’s incessant prattling in his ear.

Despite hours of searching they had uncovered no sign of the enemy. He hated to admit it, but Aidan was right. Springtime arrived on the wings of migrating birds, but despite the warm breeze, the trees had yet to fill with leaves. Madness alone would have informed a command to lead the MacLeans into the wood with nothing better than bramble and bare limbs behind which to seek cover, and although they were no account thieves, their chieftain was not entirely deprived of sense. Surely, the brigand, Angus MacLean, knew better. Then again, Angus was aware the MacKinnon clan had twice the warriors and stores, but he was still foolhardy enough to order the occasional raid. No, danger was not imminent, but this in no way excused Aidan’s reckless behavior.

“The cottars saw a flash of the MacLean tartan through the trees. Our laird ordered us to flush them out. Instead of griping over being pulled away from Anna’s skirts, why don’t you keep alert and find me a few MacLeans. Then we can go home.”

“Get down”, Aidan hissed as he dove to the ground.

Ronan did not hesitate. He lunged behind a tree, but as he peered around the trunk he saw nothing to warrant an alarm. He raised a quizzical brow at Aidan.

“’Tis the Witch”, he whispered, pointing toward a copse of trees.

Amid a slender cluster of birch trees adjacent the forest road stood the Witch of Dervaig. The folds of her tattered and filth covered robes, draped over her bent and crooked form, sent shivers up his spine. The hood of her cloak, always pulled low over her face, surely concealed hideous deformities and festering boils. Ronan exhaled with relief as she hobbled out onto the road.

“I dreamt as a lad that she captured me here in the wood”, Aidan said. “I struggled to break away from her hold as her hood fell back, revealing a wart covered, twisted nose and an evil toothless grin,” he grimaced with disgust.

“We’ve naught to fear. She is gone now”, Ronan said as he stood, but he shivered as a chill swept through him, no doubt caused by the icy current of her black heart.

“God’s blood”, Aidan swore, “why does she not die already? Is she to haunt our island for another three hundred years?”

“The devil owns her soul. She may plague Mull for all eternity”, Ronan replied. “Forget the Witch. We’ve work to do.”

Ronan expelled a long breath. “I’m beginning to agree with you, Aidan. This is a great waste of time. But the laird is not interested in our opinions. Judgments do not safeguard our stores. ‘Tis done with the lives of men. We cannot return to Gribun until every patch of forest is searched.”

“You’re beginning to sound like your father”, Aidan said, “which of course means my future is grim. When you become chieftain one day all my fun ends.”

“Saints preserve us, Aidan, if you are ever my second”, Ronan scoffed.

“Jest if you wish, but you trust no one as well as me.”

Ronan made light of Aidan’s claim, but it struck truth. He had many fine warriors under his command, but Aidan was his oldest friend. His loyalty never wavered, and he understood better than anyone how to calm Ronan’s ire once it raged out of control. Although during times of peace, Aidan drove him to temper more than anyone else.

“What say you to splitting up? We’ll cover more ground”, Aidan suggested.

Ronan hesitated at first but then agreed. He was as anxious to return home as his friend but for different reasons. There was no maid waiting for him back at Gribun but rather a mountain of duties, which promised to keep him busy until he arrived in the hereafter. He looked to Aidan who was awaiting his command.

“Cut across the road, but first make sure the hag is not lingering nearby. Follow the river. Stay low and alert. If you find nothing by the time the sun is low in the sky, meet me near the forest edge on the north side.”

Aidan started to walk toward the road, but Ronan grabbed hold of his arm and said, “I know you think this mission is a heap of dung, but do not be careless.”

“Aidan, you are a MacKinnon warrior, and your people depend on you.”

“I will be thorough and cautious. I assure you, Ronan.”

“Go, my friend, and fear not, war with the Norse is at hand. You will be back on the battlefield soon enough.”

“I’m counting on it. ‘Tis the only way I am going to escape Anna’s skirts without marriage”, Aidan said with a wink and dashed through the trees.

Ronan watched him peer beyond a tall oak to first check for the Witch. He signaled the road was clear, and then he was gone.

He wondered what it would be like to have his biggest concern be whether to marry his latest conquest. He shook his head as he turned and headed deeper into the thicket. The brambles, although bereft of leaves, possessed sharp spines, but he paid little heed to the pricks that snagged his exposed calves and tugged at the plaid hanging just below his knees as he scouted his surroundings.

A branch snapped behind him. Someone or something was approaching. He dropped to one knee and reached behind his shoulder to grasp the hilt of his sword from the scabbard strapped to his back. The nearby trees and bramble were still, and he heard naught but his own breathing.

He waited, poised and listening. His patience was rewarded as the rustle of twig and branch renewed and drew closer. Then a red deer became visible through the bramble. It was tall with proud antlers. And although lean from the winter months, its meat would be a welcome addition to their stores. Wet leaves newly released from their snowy grave clung to its hooves as it moved cautiously through the forest. Ronan grinned at his luck. He was hunched downwind from his prey, and, as yet, he had not been detected. At least something would come of their trek into the wood.

He cursed the absence of his bow, and his sword would be useless against the speed of a deer, but the sizable dirk tied to his thigh beneath his plaid might prove sufficient. If he could just get close enough, the stag would be his with one throw. Ronan looked around at the bare trees and cursed under his breath. He was the largest of the MacKinnons but for Dugald. Someone else should have been given this opportunity, someone smaller. Even Dugald, who somehow managed to maneuver his bulk like a man half his size, was better suited for the job.

Ronan stole between the trees, keeping the deer in sight as he did his best to stay low and sidle through the bushes for extra coverage.

“God’s blood”, he swore as he squeezed through a particularly tight cluster.

Ordinarily, he found his great height and breadth to be an advantage. On the battlefield, his size instilled immediate fear. As the future laird of the MacKinnon, it encouraged the cooperation of his men as did his rather infamous temper, but seldom were they unruly. The MacKinnons were indeed a loving and loyal clan, to each other and to Nathair, Ronan’s father. He was a fair and competent laird but formidable when necessary.

Following at a distance, he watched the deer walk toward the shallow ravine at the forest’s center. It must have been drawn to the sweet grass, which grew in the space between where the tree line ended and the abyss began. He grinned. The buck was unknowingly walking into the perfect trap. Once at the edge, it would have no place to run but down giving him a clean shot. The deer advanced further. It was almost to the ravine. He silently cut to the edge and tucked himself behind one of the larger trees. Down he peered, observing the depth to be shallower than he remembered. It was nigh the length of three men to the bottom. The fall would not kill someone, but the jagged rocks littering the ravine floor might.

The buck cleared the tree line and began nibbling the tender grasses. Its nose and eyes showed the feast complete deference, but its ears bristled, ever alert for danger’s approach. He was a prize to be sure. Reaching his hand beneath the pleats of his kilt, he eased his dirk from its narrow scabbard. Already the sun dipped behind the trees. He needed to hurry. It was almost time to meet his men. He shifted his grip so the point of the blade was pressed between his thumb and forefinger. He eased his arm back, took aim, and started to launch the dirk, but the steel never left his fingertips. A movement to his left captured his attention. In an instant, his gaze shifted and he redirected his deadly aim toward the unknown distraction. But when he saw what snaked his concentration away from the stag he froze not believing his own eyes.