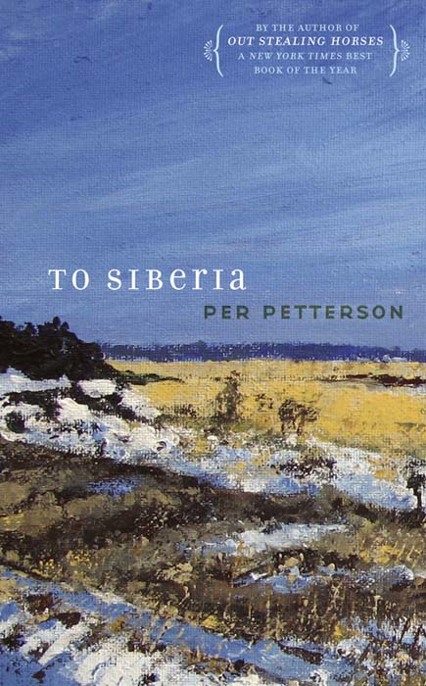 Månen over porten (The Moon Above the Gate)

I kjølvannet (In the Wake)

Det er greit for meg (It’s Fine by Me)

(Ashes in My Mouth, Sand in My Shoes)

Translated from the Norwegian by Anne Born

Publication of this volume is made possible in part by a grant provided by the Minnesota State Arts Board, through an appropriation by the Minnesota State Legislature; a grant from the Wells Fargo Foundation Minnesota; and a grant from the National Endowment for the Arts, which believes that a great nation deserves great art. Significant support has also been provided by the Bush Foundation; Target; the McKnight Foundation; and other generous contributions from foundations, corporations, and individuals. To these organizations and individuals we offer our heartfelt thanks.

To Marit and Mona

W
hen I was a little girl of six or seven I was always scared when we passed the lions on our way out of town. I was sure Lucifer felt as I did, for he always put on speed at that very place, and I did not realize until much later it was because my grandfather whipped him up sharply on the way down the gentle slope past the gateway where the lions were, and
that
was because Grandfather was an impatient man. It was a well-known fact.

The lions were yellow and I sat at the rear of the trap dangling my legs, alone or with my brother Jesper, with my back towards Grandfather, watching the lions diminishing up there. They turned their heads and stared at me with yellow eyes. They were made of stone, as were the plinths they lay on, but all the same their staring made my chest burn and gave me a hollow feeling inside. I could not take my eyes off them. Each time I tried to look down at the graveled road instead, I turned dizzy and felt I was falling.

“They’re coming! They’re coming!” shouted my brother, who knew all about those lions, and I looked up again and saw them coming. They tore themselves free of the stone blocks and grew larger, and I jumped off the trap heedless of the speed, grazed my knees on the gravel and ran out into the nearest field. There were roe deer and stags in the forest beyond the field, and I thought about that as I ran.

“Can’t you leave the lass alone!” bellowed my grandfather. I stopped running, there was dew on the grass and my ankles were wet, I felt stubble and stalks and rough ground under my bare feet. Grandfather pulled in the reins and shouted at the horse and the trap came to a halt; he turned around and out of his beard a stream of oaths as foul as the devil himself could utter poured over Jesper’s head. My grandfather was a man full of wrath and in the end I always had to stand up for my brother, for there was no way I could live without him.

I walked across the grass to the road again, climbed onto the trap and smiled at Jesper. Grandfather cracked the whip and Lucifer moved off and Jesper smiled back.

I walk the same road with my father. It is Christmas time. I am nine years old. It is unusually cold today, hoarfrost and leafless poplars line the fields beside the road. Something gray moves at the gray edge of the forest, the thin legs of deer step stiffly and frosty mist comes in puffs from their soft muzzles, I can see it though I’m a long way away. You could touch the air, like glass, and everything seems very close. I am wearing my cap and scarf, my hands are thrust deep into my coat pockets. There is a hole in one, I can feel the lining on the inside. Now and then I look up at him. There’s a bulge at the top of his back, almost like a hump. He got that out in the fields and he is never going back there, he says. My father is a carpenter in town, Grandfather gave him a workshop when he left the farm.

He grits his teeth. He is bareheaded and he looks straight in front of him with red-rimmed eyes, his ears are white with frost and I can’t stop looking at them. They are like porcelain. His arm rises and stops before it gets to them, and he almost forces it down again. When we are halfway I take my hand out of my pocket to hold his, and he takes it without looking down and squeezes it lightly, but I am doing it because
he
is the one who is cold.

When we pass the lions we don’t turn to look at them, he because he is just looking straight ahead anyway and I because I do not want to. We are going out to the farm. My mother is there already, and my uncles and Jesper are there, and my father walks stiffly and does not hurry. We have come three kilometers from town, it is the twenty-fourth of December and then I turn around after all. The lions lie on their plinths covered with grayish white shining ice. Yesterday it rained and then came the frost, and now they are caged and look like my father’s ears, two porcelain lions on guard before the avenue leading to Bangsbo Manor where Hans Christian Andersen stayed when he came as far north as this, the tall hat in the low rooms, a black streak of a man who always had to bend his head, on his way in, on his way out.

I try to walk faster, I am worried about his ears, I have heard they can fall off, but he keeps on at the same speed. I pull him by the arm and then he gets cross.

“Stop that, can’t you!” he snaps and pulls me back in place roughly and this is the first thing he has said since we stepped out of the door onto Asylgate. My father is fond of Jesper. I am fond of my father. Jesper is fond of me, but he likes to tease me, frighten me in the dark with death’s heads, pull me under water in the summer. I can stand it, it makes me feel like him. I am walking alone with my father, it is Christmas and his ears are made of porcelain. I’m afraid they will fall off and he does not touch them the whole five kilometers to the farm.

There are four farms in Vrangbæk and they are all called Vrangbæk, it is quite a small village. There are some children there, they go to Vangen School in Understed. I might have been one of them, but I’m not, and “You should be glad about that,” Jesper always tells me. We turn left at the crossroads where the road straight ahead winds across the fields to Gærum and the one to the right goes up to North Vrangbæk. We pass the first barn of stone and brick, my father walks if anything still slower and more stiffly and keeps a firm hold on my hand. The road takes a sharp bend with a steep slope on one side paved with round stones at the lowest point, it looks like a stone wall but is there to stop the earth from sliding on to the road after rain and barring the way. We are going to the last farm, they are close together and near the road, so you can just walk straight into the big cobbled yard with the dung heap in the middle. Everything is glazed with a layer of shining ice. The cobblestones leading to the door are slippery.

Falling Sideways by Tom Holt
A Battle Raging by Cullars, Sharon
The Last Weynfeldt by Martin Suter
Chosen by Blood by Virna Depaul
A Thousand Glass Flowers (The Chronicles of Eirie 3) by Prue Batten
Icon of Evil: Hitler's Mufti and the Rise of Radical Islam by David G. Dalin, John F. Rothmann
Adventurous Me by Deanndra Hall
What She Craves by Lacy Danes
Secret Value of Zero, The by Halley, Victoria
Vanished (Private Justice Book #1): A Novel by Hannon, Irene