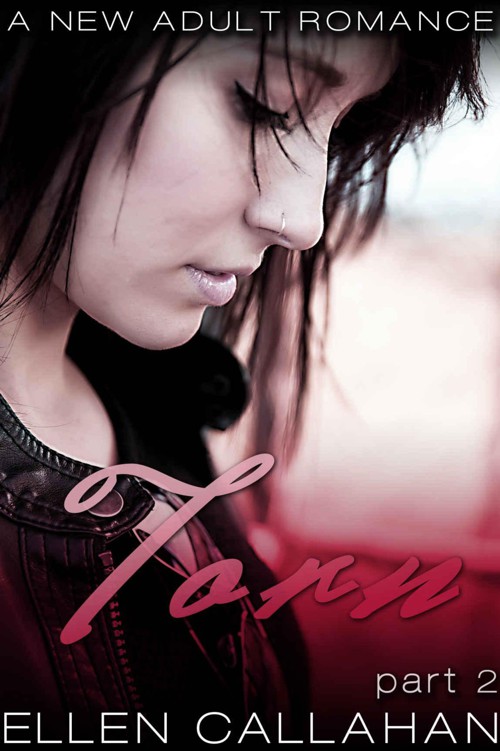 This is part 2 of 4-part series. They are best read in order to follow the story. Check out the rest of the books today!

This book is a work of fiction; any names, places, and/or situations portrayed within are products of the author’s imagination; any similarity to real persons, living or dead, events, or locales are entirely coincidental.

This book contains mature content that is suitable for adults only.

She’s got big plans for lots of new novels and series. Be the first to hear about new books, sales, and freebies!

It’s free and easy, and she will never send SPAM or share your e-mail address with anyone.

The night that I met Alexa Riley was the first night I’d ever had to fight someone I was positive was outside of my weight class. I hoped at the time that it would be my last as well - assuming I survived it.

"I'm not ready." I stared across the ring at the man - nay, the
behemoth
- I was matched up against and felt my guts sink into my shoes and hide there, quivering like a frightened dog.

The crowd around the ratty, worn ring was small but rowdy. It was a late afternoon Saturday fight in the basement of Lee's Gym out in Woodside - convenient for me, being a longtime Queens resident. Annoying for the less dedicated fans coming in from Brooklyn and the Bronx.

My opponent dragged his finger across his throat and pointed at me. I tried to reply with a defiant glare but I was thinking,
You're right, you're probably going to kill me
.

I wasn't a small guy, myself. I was over six feet and I worked out every damn day. Not to brag, but I was fucking solid. That guy? Could've been in a freak show.

But this was the risk of these unsanctioned fights. Who the hell knew what broken-ass scale they'd let that beast step on. I'd signed up in the first place looking for a fair match. Maybe even an easy one. One where I could show off, catch a few eyes, a little attention, a little buzz. But my original opponent had backed out at the last minute, and now I'd have to fight this walking steroid.

"You can do it, Mal. Just dance around him until you wear him out."

My best and oldest friend Surly stood at my side. Neither of us had coaches or managers, so we managed and coached each other. His dark eyes assessed the guy and I could tell by the thin line of his mouth that he didn't like what he saw.

He had his arm around his girl, a tall blond who called herself Dee. "You're faster for sure," she said, "Just look at him. I'll bet he can't even turn his head." She had a point. The man did have no neck.

Why Surly was spending so much time and attention on that girl, I didn’t understand. I liked Dee well enough, sure, but Surly made almost as little money as I did, shared a shitty run-down apartment with me and another fighter, and had no "real job" or any intention of finding one. It was only a matter of time before she made it her personal mission in life to change him.

As if guys like us could ever clean up our acts, hold regular jobs with normal hours, be respectable. It was a laughable image. We could never be respectable. We wore too many scars.

The monster across the ring pounded his fists together and I wondered if I’d be able to get out of this without brain damage.

The announcer called my name. With no speakers in that basement, no microphone, he simply bellowed over the noise of the audience. "Michael 'the Mallet' Catone!" Their applause was raucous; they were there for blood and they could smell it on the air. I could smell it, too.

"Kill him, Mal!" Dee screamed after me. Surly shouted a few more instructions but it was too late for that.

All my idiot animal instincts told me not to, but I stepped into the center of the ring. What can I say? I never claimed to be a smart man. I’d agreed to the fight and I sure as hell wasn’t about to back out over the risk of little things like “losing” or “permanent physical alterations to my person.” I had a reputation to uphold - I was the mouthy motherfucker with no restraint and no fear.

I had to tilt my damn head up to look into the pair of dark and beady eyes. “I’m gonna bite your ankles like a chihuahua,” I taunted. “Gonna chew you down like a beaver.” He scowled. Chet the Crusher. Last name? Nosebreaker.

This was gonna hurt.

I felt a little ill. Surly was helping me walk but I’d momentarily forgotten where I was. I didn’t understand what I was hearing - was it bees? Cheering? A parade of air conditioners?

We stepped out of the ring and the world slowly started to make sense again. We were in the basement of Lee’s. I’d fought in a match against a verifiable monster. And I’d taken a bad blow to the head.

“You can’t even focus your eyes right now and you want to know if you won,” he grunted, pushing an ice pack into my hands. “Of course you won.”

I grinned. It hurt.

Then she appeared.
Her,
I could focus on. Wearing tight black jeans and an artfully torn-up t-shirt, she wasn’t making an effort to look sexy, but goddamn, did she. She wasn’t thin - she was too curvy to ever be called thin - but that was how I liked my women. The red and black hair was a little wild but if that’s what floated her boat then I didn’t care one bit. She bounced on her toes and grinned widely, both nervous and excited at once.

The bearded hipster dork she was with called her Alexa, but she introduced herself as Riley, so Riley she would be. “Try not to let my sister corrupt you too badly,” Surly told her, referring to the purple-haired Jen.

“Too late for that,” the hipster snorted. It appeared as if he was her boyfriend. I disliked him even more.

“You guys are talking way too fucking much,” I muttered. If my head wasn’t throbbing I would have thought of something smart to say, but as I pressed the ice against my jaw I realized that I needed to get out of there. Hot or not, taken or not, tonight was not the night.

But her smile disarmed me. She asked a million stupid questions at a mile a minute, not a single word making a lick of sense in my poor scrambled brain, and all I could do was stare at those pillowy red lips.

I laughed at her enthusiasm, which made my head hurt even more. “Surly can answer all that for you, sweetheart,” I said, much to the displeasure of her boyfriend. And, because I’m an asshole, I winked at her as I left.

My memory of the rest of the evening was fuzzy, but I remembered her. I remembered the way she bit her lip to stop herself from rambling. The way her blue eyes lit up when they met mine. And that damn curvy body I itched to run my hands over.

She had a boyfriend, sure, but that could change. And I’d see her around - she’d be hanging out with Surly’s sister, and maybe the girls’ band would actually start playing live.

Practice was going exceptionally poorly. I could tell by the displeased expression on the face of my best friend and roommate - though I hardly expected any different from the man. I hated to be fucking things up for us but my head wasn’t in the game. It was elsewhere, stuck in a loop of images of a girl I was trying to forget.

That feisty fucking punk girl got under my skin, there was no use denying it anymore, but goddamn, did it have to hurt like a direct punch to the chest?

My friend landed a hard cross on my shoulder, one that I normally could have dodged but only barely turned away. This was why I avoided getting close - I took enough hits on the outside, I didn’t need some chick battering at my guts as well.

No more thinking about Riley.
I launched an aggressive attack at Surly, driving him further back in the cage.
Get your head on straight. Get your shit together.
Surly dodged me easily, then landed a high kick against the side of my head. I staggered; if I wasn’t wearing the padded practice helmet, I would have been down and possibly out.

I knew this, because I’d lost this fight before, and skill and speed had nothing to do with it.

This opponent didn’t even need to try to get inside my head. He was already there. He always had been.

That was the biggest problem with fighting a sibling. They knew how to hurt you unlike anyone else ever could, because they’d grown up doing so.

Surly straightened and scowled, dropping out of his fighting stance. “Tell me if this is a waste of time, Mal. I’ve got shit to do.”

I growled, angry at myself. “It’s a waste of time.” I turned and slammed the padded metal of the cage with a gloved fist. Lee didn’t have the cage erected inside his gym every day - it took up a lot of real estate on the floor - and it was never wise to piss off Lee. I needed to take this more seriously. I needed to purge my mind of thoughts of her, and thoughts of my brother, and just
fight.

“Then let’s go. Quit dancing around and batting at me like a cat and get a fucking hold on me, or I swear to God, Mallet, it’s gonna be lights out.”

I slammed my fist once more before turning back to Surly. We were evenly matched and I knew he could easily knock me out if I let him get the upper hand for an instant. It was not fun, to put it mildly.

His threat actually worked. I operated on instinct as he came at me, winging a left hook and charging like a bull. I brought my knee up into his chest. He grunted as the wind left him and tried to grab my legs and take me down to the mat. I was able to angle myself so he didn’t land on top of me - but getting on top of him was difficult to impossible.