Tour of Duty: Stories and Provocation 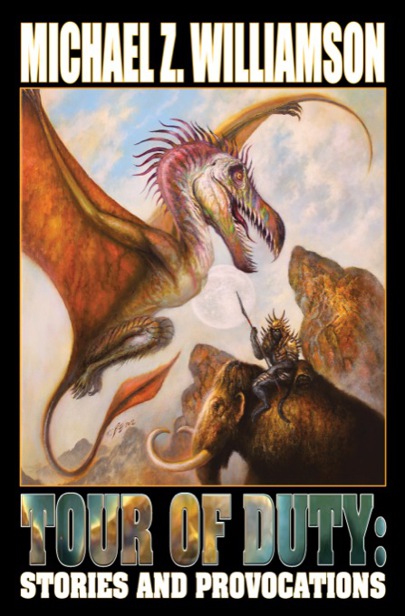 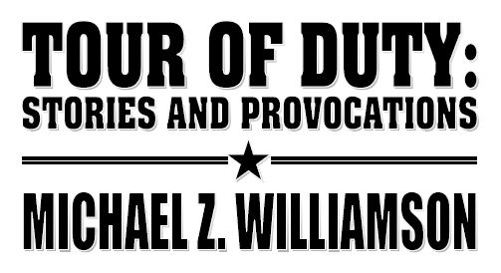 The Hero
(with John Ringo)

This is a work of fiction. All the characters and events portrayed in this book

are fictional, and any resemblance to real people or incidents is purely coincidental.

For my brother and sister veterans of OEF/OIF.

How I Got This Job

As I sit here
finishing this collection and sipping fine Scotch, I still wonder, “How the hell did I get here?”

I was born in the UK, to a Scottish father and English mother. They got married, so I’m Scottish. If Scotland ever does declare independence, I will gain yet another passport.

I remember growing up middle class in the UK. My father had a motorcycle, and eventually a car, while he alternated electrical work and school. My mother waited tables evenings. We had a “flat” with no heat, and a transistor radio. Lunch for me was usually a boiled egg or a slice of bread with jam. In 1969 we got a black and white TV so we could watch the moon landing. Since my father was an electrical engineer, he re-programmed the set and we got
four
channels, though BBC1 and -2 usually showed the same thing. I remember the occasional
Doctor Who
,
Tom and Jerry
, and yes,
Sesame Street
.

Eventually we moved to a real house (well, a duplex), with plumbing. We were lucky. The row houses behind us had bathrooms tacked onto the back, with pipes running up to deliver water, and I believe the sewage dumped down into a semi-open system. They were a hundred years old and predated modern plumbing.

Every day, my mother would walk me the half mile to school, and pick me up afterward. The school toilets were also outside. After three years, the school built a brand new bathroom, still outdoors. However, we no longer had to urinate in a gutter or crap in a hole. When school wasn’t in session, my mother would take my hand and, with my sister in a pram, we’d walk most of a mile to the town market.

Now, in early 1970s Britain, she had to argue with the grocer, who wanted to get rid of the oldest food first for the same price as the fresh stuff. Then she’d load it in a small cart and pram in front, pulling that behind, or having me push one, we crossed a couple of four-lane roads to walk home.

We moved to Canada, because the mid’-70s economic climate in the UK didn’t look promising. My parents were young, but they were correct.

My father went ahead of us, secured a job, and sent for us. As we departed England, there was a bomb scare on our aircraft. It only took a few minutes to resolve, but I’ll always remember it.

Upon arriving in a hot, sunny Toronto, I was loaded into a Pontiac Parisienne, a Bonneville with a Canadian accent, where my feet didn’t even reach off the seat, and there was a radio in the car. THERE WAS A RADIO IN THE CAR! I was driven to an A&P, where there was a hundred feet of fresh produce. It was really odd, because there was no glass and no grocers. You could take whatever you wanted and put it in a bag, then they’d load it all into the car for you. You could just leave what didn’t look fresh, and they’d do something with it. I was sure they didn’t waste it, though.

You’ll see hints of this in my writing. Do not ever make the mistake of thinking that a shared language equals a shared culture. Certainly, there are likely to be more similarities than for people who don’t share a language, but even common words can change. For example, the first day of work, my father asked the office’s secretary for a “rubber,” by which he meant “eraser.” In Canada in the 1970s, this was easily understood and corrected. Use that term in America today, and there could be legal repercussions and EEO action.

I liked Canada, mostly. The bullies were worse than in the UK or the U.S. and traveled in packs. That surprises people who want to believe all Canadians are polite and kind. I have two words for you: “Ice hockey.”

It was quickly determined that my British education at the hands of the Anglican Church put me far ahead of my peers. I could write in cursive, do long division, basic wood crafting and needlepoint, and had a good grasp of both grammar and science. That paid off later, of course. At the time, I was placed a grade ahead.

Most Canuckians in Mississauga, Ontario, are apartment dwellers, though the apartments have a lot of nice features—pools, squash and tennis courts, underground parking. It wasn’t a huge change for me in that regard—the apartment was at least as big as the house in England, and there were lots of kids to play with. TV was easy—we could reach Toronto and Buffalo, and get
Sesame Street
in English, French and Spanish, and about thirty channels. Actually, I could have learned a lot of languages. Twenty-seven of thirty students in my fourth grade class were immigrants.

Then I found out about something called “Trick or Treat.” Rather than wear sheets and papier maché masks while munching treacle around a fire on the commons, it was encouraged to visit other apartments asking for candy. When you realize these apartments were 13-25 floors of 15-40 apartments per floor, with five buildings within easy walking distance, I still don’t remember how I managed to cover them in only a few hours, but I do remember entire pillowcases (plural) full of loot.

I did take up skating, and ice hockey, and street hockey, and gym hockey, having an entire bag of sticks of different types at different lengths for skates vs. shoes, and both left and right handed.

It was in Canada where I started writing my first book. I’d been studying up on rockets (that moon landing was still with me), writing text and sketching pictures of fuel systems, gantries, rocket staging, telemetry charts. I had dozens of pages finished, all done with marker and ruler.

Kiss Me Kate (The English Brothers Book 6) by Katy Regnery
Yellowstone Memories by Spinola, Jennifer Rogers
Jonestown by Wilson Harris
Undisclosed by Jon Mills
The Legend of Buddy Hero (The Defenders Saga) by Adam Oster
The Explosionist by Jenny Davidson
Not a Fairy Tale: HarperImpulse Contemporary Romance by Romy Sommer
House of the Rising Son by Sherrilyn Kenyon
Kade by Delores Fossen
America and the Pill: A History of Promise, Peril, and Liberation by Elaine Tyler May