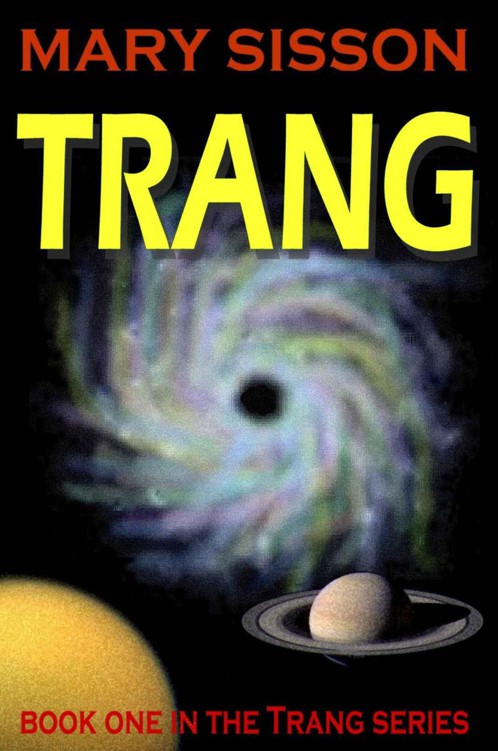 It was the greatest event in the history of the space program—quite
possibly in the history of Earth. It marked the dawn of the Golden Age of
Space, a time when space captured the popular imagination like never before. It
was a seminal moment, the kind of watershed event that changes everything
afterward.

But to Wouter Hoopen, general
manager of the Titan station, it was just another fuck-up. Another
embarrassing, stupid little fuck-up by his station, which was embarrassing him
enough as it was.

As Wouter would later note in his
own, very private defense, the timing could not have been worse. He found out
about it just as he got back from a weeklong trip to a Space Authority
conference on Earth—a conference that was
supposed
to be a break, a rest
from the claustrophobia of the station and the stress of seeing the same damned
people every damned day.

Why were people even asking these
questions? For God’s sake, there used to be
enthusiasm
for space
exploration, thanks to a charismatic, popular, and now, alas, quite deceased
prime minister who spearheaded the construction of the Titan station some 20
years before. And now Wouter was left managing an aging station with a budget
set by a gaggle of bean counters in Beijing who didn’t have to live on it and
certainly weren’t going to die on it if they didn’t allot quite enough money
for maintenance.

Even among the spacers—and this was
where Wouter really felt the knife in his back—fervor for the Titan station had
waned. His reception at the conference had been positively chilly. The
planetary scientists were saying that actually being on Saturn’s moon was less
helpful than one might imagine. Astronomers interested in deep space saw no
advantage to the station whatsoever. Nothing living had been found, so the
life-science types weren’t even at the conference, having long ago decided that
space travel just sucked up their funding.

The only solid support came from
the Malthusians and other catastrophiles, who continued to insist that the
dwindling growth of Earth’s population, along with the ever-decreasing levels
of pollution emitted by increasingly environmentally friendly industrial
technologies, would someday, somehow render the planet uninhabitable. Needless
to say, their opinion was hardly mainstream. And when your most ardent backers
were wearing “Accept Suicide” buttons, you had a problem.

Wouter had cashed in every favor
and used every connection he had to become manager of Titan Station
specifically because he had wanted to stand out from the crowd. Being on Titan,
having
actually been in space,
seemed like the perfect antidote to what
he had to admit was an all-too-mediocre resumé as a Space Authority middle
manager. But if Titan was mothballed, then what would he do? Given how far the
station’s star had fallen, he’d likely wind up back on a cubicle farm, laboring
in obscurity until his necessarily modest retirement.

Worse yet, if there was some kind
of disaster—no, he couldn’t even think about
that
. Even if he survived,
he would be a pariah, a deathwatch. There would be investigations, and Wouter
was certain that those unimaginative bean counters in Beijing would prove
surprisingly creative when it came to shifting blame to the station’s general
manager.

The best-case scenario was this:
Things would eke along, with Wouter the head of this marginally useful, greatly
resented, shabby little station.

Dear God. There was no escaping it.
He would never be promoted again.

Wouter had reached this conclusion
during his trip back to Titan station, so he was in a very black mood indeed
when he arrived. The first thing he was told when he stepped off the ship was
that someone had lost a research satellite. At that point he was just about
ready to take a calming stroll outside without his suit, or—and this was always
the advantage of being general manager—to make someone else take one.

Instead, he chewed out everyone on
the station and demanded a frantic investigation into the satellite’s
whereabouts.

Not that it helped. The satellite,
which was doing radio mapping—a project one astronomer at the conference called
“typical of the make-work the Space Authority cooks up in its pathetic efforts
to justify the existence of that boondoggle”—had vanished. There was no trace
of wreckage. There was nothing odd about the satellite’s transmissions or
trajectory before it disappeared. It was just gone.

Wouter’s resulting tantrum was
sufficiently dramatic that his staff was still diligently looking for the
satellite five days later. It was a lucky thing that they were, because when
the satellite reappeared in exactly the same place where they lost it, its
trajectory was totally off. Given the busyness of space around Saturn, it
probably would have smashed into something if they hadn’t found it as quickly
as they had. Wouter’s people tried to fix the satellite’s trajectory remotely,
but it had apparently been damaged and was transmitting something that made the
computer crash, so they cut off communications and sent out a retriever.

Using a retriever satellite was
always tricky—you had to match trajectories and deploy the grapplers without
damaging the target too much, all via remote control—but Wouter’s techs proved
up to the job and brought in the research satellite intact.

And after that great save, did
Wouter get one iota of appreciation from the Space Authority? Of course not.
Instead, he was ordered to ship that satellite right back to Beijing, where
people who were so very much smarter than he was could figure out what went
wrong.

The station still had its records,
though, so Wouter sent the incident data to everyone’s file, just to see if his
people couldn’t show up those smug SA bastards a little.

They didn’t disappoint. The next
day, when Wouter entered the grubby cafeteria, he saw two of his techs laughing
over some of the data.

“What’s so funny?” Wouter asked,
sitting gingerly in one of the chairs. It had been fashionable, and perhaps
even comfortable, when it had been installed 20 years before.

“It’s a computer joke—a
computer-language joke,” said Edmary, the other. “See this?”

He pointed at some data on his
scroll.

Wouter recognized it. “That’s what
the satellite was broadcasting when it reappeared,” he said.

“Yeah, someone was goofing,” said
Edmary.

“It explains why the computer went
haywire,” said Manuel.

“I think it does,” Edmary agreed.

“What is it?” asked Wouter, feeling
slightly excluded, which made him feel slightly annoyed.

“Oh, well—I mean, don’t get mad, we
didn’t put it in here,” said Manuel. “But sometimes programmers will write to
each other in computer language. It’s kind of like a secret code or something.”

“Yeah, like if I need to borrow
money, I might send Manuel here a little note that says, ‘This unit has
insufficient power and requires a temporary influx of power from another unit
with a surplus,’” said Edmary.

Manuel made a quick flip of his
palm, clearly rejecting the request. Edmary put his hand to his heart in
mock-hurt, and then continued.

“You’d write it in code, you know,
just like a computer would send out a request on the network. It’s a little
joke. But you have to be careful where you send that kind of stuff, because if
it goes to the computer and not to Manuel, the computer might actually try to
follow the orders.”

He pointed at the scroll again.
“See, this message is in the same language the satellite uses to communicate
with the station computer, which is why it caused problems. Somehow it wound up
where it didn’t belong.”

“What does it say?” Wouter asked.

“This is like what you might write
somebody new—like a girl or something—somebody who you wanted to meet. Like,
this line is, ‘This unit requires information from other units.’ And that line
is, like, an approval code—that means, you know, that the unit is cleared.”

“Right, it’s like, ‘Tell me about
yourself, I’m a nice guy,’” Edmary continued. “And then, this is a request for
the other unit to transmit the contents of its databases, and that’s a priority
code.”

Manuel smiled. “Someone wanted to
meet someone really badly.”

Wouter frowned deeply. If Beijing
found out about this, would they figure out a way to blame him somehow?

“We are totally not the ones who
did this,” said Edmary to Wouter.

“Maybe a little green man is
looking for love,” said Manuel, with a laugh.

Manuel’s joke stuck in Wouter’s mind as he lay in his lumpy
bed later that evening. It was crazy, of course, but what if a—?

No—he couldn’t even think it
without hearing, “Typical of the make-work the Space Authority cooks up in its
pathetic efforts to justify the existence of that boondoggle.”

But if he found life, intelligent
life, wouldn’t that
actually
justify the existence of his station? In
moments of budgetary desperation Wouter had toyed with the idea of passing off
some of the Titan’s more bizarre crystalline structures as a form of life.
Imagine if he found the real thing?

Think of what it would mean for
Earth.

Think of what it would mean for
Titan station.

Think of what it would mean for his
career!

Think of the funding!

The key, Wouter decided, would be
to figure out a way to investigate without anyone knowing what he was doing.

He could look at where that
satellite had vanished. That would look good to any outsider—maybe there was
some odd feature at that point in space that would be of scientific interest.
He could send another satellite there—one of the ones that took video images of
the rings, maybe. God knows, no one in the SA would care if one of the
viewfinder satellites went offline for an hour or twelve: The general public
thought the images they sent back were pretty, but scientifically, they weren’t
worth much.

So the next shift, he asked his
staff to send one of the viewfinders to the coordinates where the radio
telescope had vanished and reappeared.