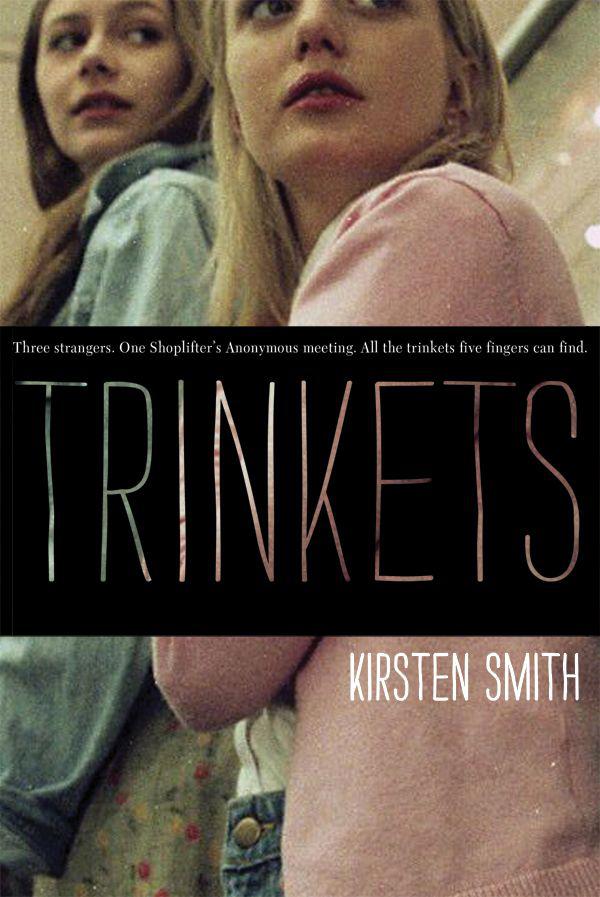 For Hope Leon, the Original Moe

Oh, shoplifters of the world

Unite and take over

Shoplifters of the world

—The Smiths,
“Shoplifters of the World Unite”

“Her low self-esteem is my good fortune.”

This Must Be the Place

The people who say Portland is a place

where hipster thirtysomethings go to retire

clearly have never been to Lake Oswego,

the burb of all burbs,

a suburban utopia of Audi-driving Type As,

a place so white they call it “Lake No Negro,”

a place where dads go

when they don’t care that their kid

was happier living in Idaho;

a place for dads to go when

will wash away the past like it wasn’t even there

and all they can see is a new job

and a pretty new wife

to send your daughter to be educated properly

Of the six months I’ve been here,

the first two were friendless

until I met Rachelle.

She needed a bestie and I needed
somebody
.

I met her by joining Yearbook,

which is a shortcut to friendship

if you’re one of the new people.

I’m old enough to realize who everyone is

but so new that no one knows my name.

I’m new enough not to understand

why they call Ken Headley “SpoogeBob,”

but I’m old enough to have heard that

Mr. Hart had to leave school

because he made a pass at Martin Pierce

in the bio lab.

I’m new enough to be clueless about

what the Interplanetary Analysis Club actually does,

but I’m old enough to realize

if there’s any guy

would kill to be with,

Brady is by his locker

and as he’s reaching up to get something,

the word
sinew
comes to mind—

probably because we just learned it

in our human anatomy discussion in biology.

that if he wants people

he should show a slide of Brady Finch’s forearm

while saying the word
sinew

and I bet every girl’s C-minus would

suddenly sprout into a B-plus.

Brady zips up his backpack

and slams his locker shut

and his sinew comes down

and curls around its rightful place in the world:

the shoulder of Tabitha Foster.

WHAT THE MIRROR SAYS

I wonder what the point of being quote-unquote popular is, since sometimes it’s a highly annoying thing to be. For instance, idiots and plebeians come up to you all the time and invade your space with their inane greetings, bids for attention, and pleas for friendship.

Don’t get me wrong. Of course I like it that people know me and I have the perks of getting away with whatever I want, but most of the time I would appreciate an iota of privacy.

Right now is one of the few times I actually receive said iota—hanging out in the bathroom with my besties. Sure, they’re talking about ridiculous things, but at least when
they’re looking in the mirror, they’re not paying attention to me.

“I did an hour and a half of cardio last night,” Kayla offers, pushing her long black hair out of her eyes. I feel like Asian girls are the luckiest when it comes to their hair. They barely have any on their bodies, and then they have these supershiny, hassle-free manes.

A minute later Kayla squints at a bubbly blonde exiting the bathroom. “Serena Bell’s on the Pill,” she prattles. “Obvs that’s why her boobs are so humongo.”

“Mine are just a God-given gift,” Taryn says, fluffing her cleavage out of her low-cut Juicy Couture top. It’s true; her C-cups are an asset, and she sure as shit uses them as one.

Fortunately, for once they aren’t barraging me with questions like “How’s Brady?” and “What are we doing tonight?” because they’re so busy reapplying their makeup and primping and making faces at themselves in the mirror.

I’m a secret connoisseur of Mirror Faces. Every girl’s is different. My mom’s is a smoky glance, eyes half shut, all sexy and mysterious. Kayla’s is puckering her lips like she’s making a kiss, sucking in her cheeks. Taryn’s is chin down, with a saucy little half smile, angled in a way so she looks ten pounds lighter. Too bad none of them can pull it off in real life. That’s what sucks about a Mirror Face; you make it because it’s how you want other people to see you, but you’re the only person who actually gets to.

This is possibly a topic worthy of the LOHS blog, but who has time to write for a school blog, and just because Ms. Hoberman gave me an A in Creative Writing last semester, it does not mean I should be wasting my time blogging. Blogging is for people who don’t have social lives. And besides, Ms. Hoberman gives everybody an A. Hence, my signing up for her Shakespeare class this semester. The best are the field trips, where you get to hang out with your friends under the guise of extra credit. This year we only get a nighttime trip to the Northwest Classical Theatre Company to see a play, but next year, when we’re seniors, we go to Ashland for the weekend for the Shakespeare Festival. As in, an entire weekend where you get to hook up with your boyfriend and get drunk with your friends, and your parents foot the bill for the whole thing because they think you’re “learning.”

As for Brady, I’ve never seen his Mirror Face. His Everyday Face is pretty gorgeous, though. He has dimples and thick blond hair that he wears a little shaggy in the most adorable way, and he has moments of being truly charming. He’s not a big believer in deep conversations, but what guy is? And really, what’s the point? It’s easier not to have deep conversations. You end up talking endlessly about your feelings, not his, and then exposing yourself too much until you finally arrive at a place of inevitable heartbreak and disappointment.

“Can we go?” I ask. Marcia Abrahams keeps looking
over at me, and I have a hunch she’s gathering the courage to come over and ask me what I’m wearing to Spring Fling. She always asks me what I’m wearing, like clockwork, eleven weeks before any dance or social event, and then somehow ends up wearing something almost identical. Imitation is supposed to be a compliment, but copycats are annoying and should be ignored whenever you see them plotting their space invasion.

That said, one advantage of being on a high rung of the Lakers social ladder is that you and your like-minded peers get to have your lockers right next to one another. I don’t know how it happens that way, but it seems like the primo real estate always belongs to A-listers.

Kayla and Taryn and I saunter up to our bank of lockers to find Brady and his boys already there. Brady’s flexing his biceps as he gets a vitamin supplement out of his locker. He’s very into “peak performance.”

Jason Baines asks him, “Where were you last night?”