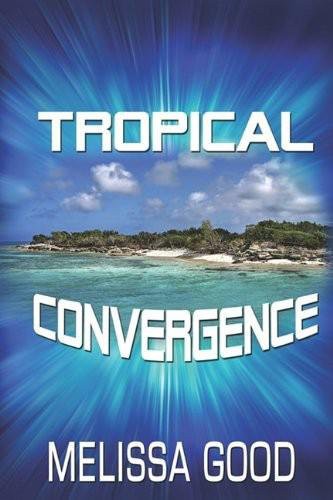 All rights reserved. No part of this publication may be reproduced, transmitted in any form or by any means, electronic or mechanical, including photocopy, recording, or any information storage and retrieval system, without permission in writing from the publisher. Parts of this work are fiction. Names, characters, places, and incidents either are the product of the author's imagination or are used fictitiously, and any resemblance to actual persons, living or dead, business establishments, or events is entirely coincidental.

Find us on the World Wide Web at http://www.regalcrest.biz

Published in the
United States of America

THE CONFERENCE ROOM was almost full, every seat at the long table taken except for the one at the head. Late afternoon sunlight poured into the room, resisting the valiant efforts of the several ton air conditioning plant to alleviate its effects, and after a moment of shading his eyes, Mark Polenti got up and walked over to the glass panel. "Son of a bitch." He lowered the shades. "You could cook a damn egg on this thing."

"No kidding," Peter Prescott, one of the IT group leaders, agreed. "I start sweating just thinking about going out to my car."

With a shake of his head, Mark returned to his seat. The MIS-- Management Information Systems--manager picked up and flipped his pen, settling back in one of the leather chairs that ringed the table. "Long damned summer."

Agreement chimed in from around the table full of assorted technical managers. "I wouldn't go outside for ten minutes longer than I had to," Peter added. "Man, I see those freaking tourists on the beach and you can just see them frying like turkeys at Thanksgiving."

"You got that right," Mark snorted.

The door to the conference room opened, and they all turned. Eyes opened wider as the newcomer commenced to dance inside, jiving to a song apparently audible only to her as she made her way across the room and ended up bouncing into the chair at the end of the table.

Relatively short, but sporting a lithe muscular build, the woman placed a leather folder on the table, then shrugged out of her neatly tailored blue jacket and draped it over the back of the chair, before she leaned on the padded surface in a jaunty finish to her dance.

"Hi, guys." Kerry grinned at them. "Is today not an awesome day, or what?"

The operations department heads all looked at each other, and then peered down the table as their blond leader sat down. Kerry was dressed in a no nonsense business suit, with an impeccably pressed cream-colored silk blouse, but her pale, summer-cropped hair was so tousled it appeared that she had stuck her head out of some car window on the way back from lunch.

"Um." Mark cleared his throat. "Yeah, it's okay," he allowed. "We got the espresso machine working again, at least." His eyebrows quirked. "Did you...like drink a couple cups to celebrate or something?"

"Nope." Kerry laced her fingers together in front of her on the table. "Guess again."

"Did we make our numbers?" Peter hazarded a guess.

"Yes, but that's not why I'm jazzed," she replied.

"Did your dog have puppies?" Ellen Jasmine chimed in from across the table, her weathered face wrinkling up in a grin.

"No, no, no." Kerry waggled her hand. "No puppies, no kittens, and neither Dar nor I are pregnant so don't even go there." She danced a little in her seat. "C'mon, c'mon...we've only been talking about this for a month."

Mark made a face. "Don't tell me you're all whacked about going to the technology convention."

Her audience wasn't sure whether to laugh or groan. "Jesus." Mark covered his eyes. "Man, I thought I was the primo geek in this place." He pointed at Kerry. "Not any more. You win. I give."

Kerry opened her leather folder, and chuckled. "Actually," she glanced around and lowered her voice, "I could give a gopher's wazoo about the convention. I've been waiting to go back to Disney World with Dar since forever." Her face creased into a grin again, her summer tan emphasizing the bleached lightness of her hair, and the vivid green of her eyes.

"Augh...Orlando in July? Kerry, you're gonna regret it," Mark objected. "Not even the Mouse could get me up there in this weather."

"You," Kerry pointed at him, "have obviously never done Disney with Dar." She pulled out her agenda. "Now, let's see where we are this month." She smoothly switched gears, her voice dropping a few notes and becoming more businesslike. "Okay, I've got some good news, and some bad news."

The room settled down, and became more serious. Around the table, eyes met in mild apprehension. Even though most in the room trusted Kerry, and all liked her, they also knew exactly where her loyalties were.

"Let me get the bad news out of the way," Kerry said. "First of all, let me make it clear that in no way do I, or Dar for that matter, hold anyone here responsible for the fact that twenty percent of our contracts up for renewal this quarter did not sign." She looked up, meeting the eyes facing her squarely. "Our service was not in question, nor was it a factor in the signings."

Kerry's expressive face twitched a little. "For the record--when sales brought the final numbers to the table, it was Dar who drew the line and said we would not counter bid them. Okay?" She gave them a moment to absorb the words. "Dar said she would not trade off our service levels for paper numbers. We decided we couldn't provide acceptable levels of response for the dollars they were suggesting." She paused. "I agreed wholeheartedly."

Bodies relaxed around the room, falling back into the leather chairs with faintly audible squeaks.

"Kerry, that's an amazing thing to hear," Ellen said, in a serious tone. "I have a friend who works for our friends out west, and last time something like this happened, they took big time heat for it."

Kerry rested her chin on her hands. "Dar would never let that happen," she said. "But let me tell you, those meetings in Houston last week weren't pretty."

"Yeah, I bet," Mark muttered. "But, Kerry, I saw those freakin' numbers. No way in hell those guys can deliver what they said they would."

His boss shrugged one shoulder lightly. "Time will tell. But in the meantime, we have twenty percent of our budget we need to find funding for, or else lose it. That means you all need to look
very
carefully at your books and see if we have room for slack," she warned. "If we have a repeat next quarter, things are going to get very tight around here."

Everyone nodded in grim understanding.

"Now, on the bright side." Kerry changed gears again. "We did make our service numbers. In fact," she smiled warmly, "we exceeded them. I'm very proud of that, and so's Dar." Her eyes twinkled a little. "And so, even though I know you all must have heard about the salary freeze..."

Mark cleared his throat. Ellen looked away out the window. The rest of the table found something to study that didn't involve middling height blond women. Everyone knew how much Kerry hated office gossip, and wise people didn't bring it up in her presence.

"It doesn't apply to us," Kerry finished quietly. "I've processed the first of this quarter's raises and bonuses, and they should be hitting your work lists by the time you get back to your offices." She almost smiled at the instinctive gasps at the unexpected statement. "Please let your people know that we appreciate all the hard work they've put in this year, and we hope they continue through the rest of the year."

For a very long moment there was silence around the table. Then Mark rocked forward and thumped his elbows against the table. "Holy crap, boss. My socks are still bouncing off the walls here," he said. "Aren't the rest of those guys gonna be pissed?"

Kerry leaned back in her chair, extending her legs and crossing them at the ankles. "Well." She steepled her fingers and tapped the tips against her chin. "First off, no one should be talking about it." One blond eyebrow cocked meaningfully. "But second, if someone has a problem, direct them that way." She jerked her thumb sideways, in the general direction of Dar's office.

"Not to you?" Ellen asked, curiously.

Kerry's nostrils flared slightly. "Dar's orders," she replied briefly. After another moment of silence, she nodded. "Okay, so, next on the agenda..."

Her staff shifted around the table and leaned forward, sorting their own papers and relaxing. Kerry took the opportunity to silently evaluate them, absorbing the air of surprise at her last statement. They knew her to be a fierce defender of her own prerogatives, and one of the very few people in the company not only willing, but also able to stand up to their legendary Chief Information Officer.

Of course, Kerry had the inherent advantage of being married to and living with Dar and while that didn't quite diminish her courage, it at least made it understandable to everyone in the room.

Ah well. Kerry folded her hands over her stomach, twiddling her thumbs idly. Everyone would get over it in a few days, and after all, there was Disney World to contemplate.

It wasn't that she was making light of the company's troubles-- they weighed on her shoulders more than most. But as she'd told her staff, the troubles hadn't been laid at their doorstep, and the best thing they all could do right then was keep doing their jobs.

And that meant putting on a good show at the convention. "Everyone ready for the trade show, since I mentioned it?"

"Advance team's packed and itchin'," Mark replied, checking something off on his agenda.

Mark glanced up at her. "Peter. He's buds with Eleanor's chief whiner. They get along great."

"He the one with the pierced eyebrows?"

"Good choice." Kerry spun her papers. "Okay, tell me what didn't come in on time this week."

"I'm listening." Dar Roberts selected a colorful dart from the case resting on her knees and let it fly, grinning in triumph when its point buried itself in a new wall mounted target. "I'm not hearing anything but bilge wash so far, but I'm listening."

"Bilge wash? You been out on that boat of yours again?" Alastair McLean chuckled.

"Been around my daddy," Dar replied, launching another dart. "Alastair, we've been around and around with this. We both know there's no damn good answer."

A long sigh issued through the phone.

"I've put as much pressure on every supplier we have, pushed as hard as I could, got everyone down to the lowest cost they can do without losing money," Dar said.

"Cut our costs to the bone. We don't have any padding, not one area that I can point to and say fluff."

Dar thwacked another dart in the target, nailing the bull's-eye. "So why are we still on this call? What else do you want from me, Alastair? Want me to sell my desk? Have Kerry bake cupcakes and run a raffle for you? What?"