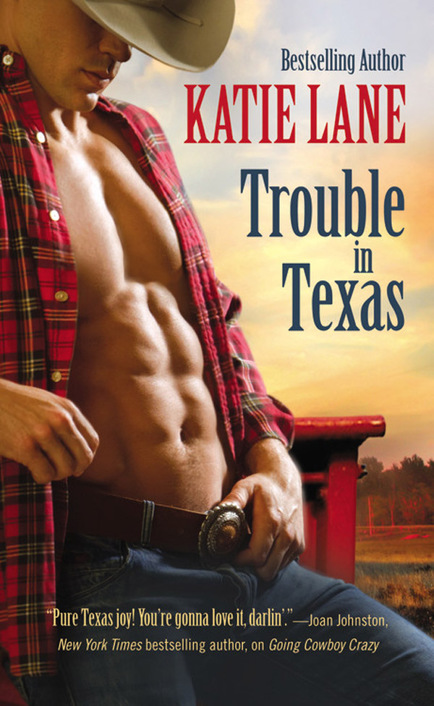 A Preview of
Flirting with Texas

In accordance with the U.S. Copyright Act of 1976, the scanning, uploading, and electronic
sharing of any part of this book without the permission of the publisher constitute
unlawful piracy and theft of the author’s intellectual property. If you would like
to use material from the book (other than for review purposes), prior written permission
must be obtained by contacting the publisher at [email protected] Thank you
for your support of the author’s rights.

To two of my favorite hens, my sisters,
Christy Poling and Sandi Frentzel

I’m so fortunate to be surrounded by a gaggle of amazing “hens” who keep me sane in
this crazy chicken coop of life:

My loving daughters, Aubrey and Tiffany,

Most precious granddaughters, Gabby and Sienna,

And my wonderful readers.

To you, and all the beautiful women who touch my life and make it richer, a BIG HEN
HUG!!!

T
HE GLOW FROM THE WINDOWS
beckoned like a campfire on a cold wintry night, rivaling even the brilliant canopy
of stars that hung overhead. With his journey almost at its end, William Frances Cates
nudged his horse into a gallop. It had been a long, hard ride, and he was cold, tired,
and hungry. However, it wasn’t these needs that spurred him on as much as the need
for a woman.

And not just any woman.

The stable boy was there to take the reins as soon as William swung down from the
saddle. He took the porch steps in two strides, completely ignoring the couple that
sat on the swing, giggling. The uppity English butler greeted him at the door.

“Good evening, sir,” he said as he took William’s hat and duster. “She’s been waiting
for you.”

The news almost had William smiling. Instead, he nodded at the man and followed him
to a room just off the foyer. A wall of smoke rolled out as the door was opened, and
William squinted in at the group of people who sat at the poker
table. The men paid him little attention, their gazes riveted on their cards and the
woman who dealt them. The dealer glanced up, and her ruby red lips tipped in a seductive
smile.

“Game’s over, boys,” she said in a husky voice that warmed William more than the fire
that burned in the hearth.

One man started to argue, but all it took was a delicate arch of an eyebrow to get
his mouth to snap shut. The room cleared, and William was left with the most beautiful
woman he’d ever seen in his life.

He had never been the type of man to let his emotions run wild. In fact, he had been
described as cold and aloof. But there was something about this woman that broke through
his wall of restraint. Something that had him ignoring the rules he’d lived by all
of his life. Something that had him crossing the room and sweeping her into his arms.

The kiss was more than just lips touching. It was the anthem of love reunited. The
merging of two halves into a whole. The confirmation that there was hope for all lost
souls.

William was so consumed with the kiss that he didn’t even glance up when the door
opened. It took the resounding gunshot to pull him away. He whirled around just in
time for the second bullet to hit him square in the chest. The impact threw him back
against the wall, and he placed a hand over the wound as he slid down to the floor.

His assailant stood in the doorway with the gun still smoking. William should’ve been
shocked. But as his life bled out between his fingers, all he cared about was the
woman who knelt down beside him. The woman whose soft sobs hurt more than the hole
in his heart.

“I love you,” she whispered. She cradled him close, surrounding him in the scent of
lilacs. “I’ll always love you.”

Suddenly, death had no power. And he smiled.

Henhouse Rule #1: Always give a man the kind of welcome he won’t forget.

He had been traveling the same dirt road for a solid hour and had yet to see any signs
of civilization. Just miles of mesquite and sagebrush, the occasional lizard that
streaked in front of his half-ton pickup, and the large black vulture that had been
circling overhead since he’d entered west Texas.

Who in their right mind would want to live here? Of course, who in their right mind
would take off on a road trip when there was plenty of work to be done back at his
office in Dogwood? Time was money, and five hours spent on a highway a foolish waste
of both. There was just one thing that trumped the almighty dollar in Brant’s book,
and the only reason he was driving on a dirt road in the middle of nowhere.

He glanced down at the navigational system, but it seemed to be as lost as he was.
The green arrow sat in the middle of an empty screen inching toward nothing.
Patience not exactly his strong suit, Brant had just decided to turn around when a
house took shape on the flat horizon. It grew larger and larger until it became a
huge monstrosity of a building with two stories and a red, steeply pitched roof that,
with its missing shingles, resembled a checkerboard on the tablecloth of the bright
blue sky.

As he got closer to the house, he realized that the roof wasn’t the only thing that
needed repair. White paint bubbled and peeled on the siding. Half the shutters hung
by only one hinge. And the front porch drooped worse than his grandmother’s gardening
hat.

To the left of the house sat a faded red barn, bookended by two gnarled-trunked cottonwoods.
Another cottonwood shaded the front yard—a yard filled with waist-high weeds and a
large wooden sign.

Brant had never been much of a smiler. His daddy claimed he came out of the womb frowning,
and Doc Connelly got a real kick out of confirming the fact. But as Brant stared at
the sign with the faded green letters, the corners of his mouth curved up—briefly.

So this was Miss Hattie’s Henhouse, the infamous Texas bordello that had brought politicians
to their knees and outlaws to their deaths. It seemed inconceivable. Brant hadn’t
expected to find the grand mansion he’d read about, but he certainly hadn’t expected
to find a pile of sticks that looked as if a stiff wind would topple it like a house
of cards.

He was surprised by the disappointment that settled deep inside him. He had never
been a dreamer. He preferred to deal with hard, cold facts. But the legends and stories
about Miss Hattie’s had seeped into his subconscious, filling his mind with images
of the legendary
whorehouse and the ladies who worked there. Ladies with names like Sassy Kate, Sweet
Starlet, Daring Delilah, and the pièce de résistance, Hattie Ladue—the larger than
life madam who had started the house of ill repute over a hundred years earlier.

It was Miss Hattie who had occupied most of Brant’s thoughts in the last month. Miss
Hattie who had spawned sensual dreams that had him waking up in a sweaty state of
arousal. Maybe that was why he felt so disappointed. The dreams had replaced the nightmares
that had plagued him since the tornado. If the dreams stopped, there would be no reprieve
from the memories that lurked in the corner of his mind waiting to consume him when
he least expected it.

He drove up a deeply rutted road and parked in what was left of a brick, circular
drive. After the humidity of east Texas, the late September air felt hot and dry.
He tugged his cowboy hat lower as he got out of the truck, then maneuvered through
the weeds that almost obscured the pathway.

A flash of black pulled his attention up to the sky. The vulture still circled directly
overhead, its long-feathered wings spread wide, its beady eyes searching for death.
Some would take it as a bad omen. But Brant didn’t believe in omens, just curses and
revenge.

“You here on business or pleasure?” A raspy, feminine voice stopped him in his tracks.

His gaze narrowed in on the shadowy form in one corner of the porch. After seeing
the condition of the house, he had assumed that Miss Hattie’s was vacant, so it took
him a moment to get over his surprise and pull off his hat.

“Is there a difference?”

A husky cackle was followed by a soft hum as a battery-operated wheelchair rolled
out of the shadows. Brant had learned the importance of a poker face a long time ago,
but it took real effort to keep his shock in check. The pictures in the history books
of a blond temptress were nothing like the nightmarish creature who squinted back
at him. A huge magenta wig surrounded a face with more makeup than a circus performer.
If the wig and makeup weren’t scary enough, the scanty negligee was downright terrifying.
Or maybe it was the bits of wrinkled skin displayed.

Or possibly the gun that was pointed at Brant’s heart.

“I’ve always liked my men with a smart mouth,” the old woman said. The lit cigarette
that was stuck to her upper lip waggled with each word. “You lost, honey?”

Brant kept his gaze locked on the bony hand that shook more than a leaf in a hailstorm.
“I guess that would depend on whether or not this is Miss Hattie’s?”

Her eyes narrowed. “And who wants to know?”

Given the events of the last few months, he figured his name wasn’t exactly on the
list of most beloved men in west Texas. Still, Brant wasn’t one to hide behind an
alias. He was who he was and rarely regretted a decision.

The woman started to cough, not a delicate cough covered with a hand, but a deep,
chesty cough that sent the cigarette flying into the weeds and shook her entire frail
body—including the hand that held the gun. Brant barely had time to duck before a
bullet whizzed over his head. The next one didn’t miss. A blaze of fire streaked across
his arm, causing him to drop his hat and grab the wound just below his shoulder.