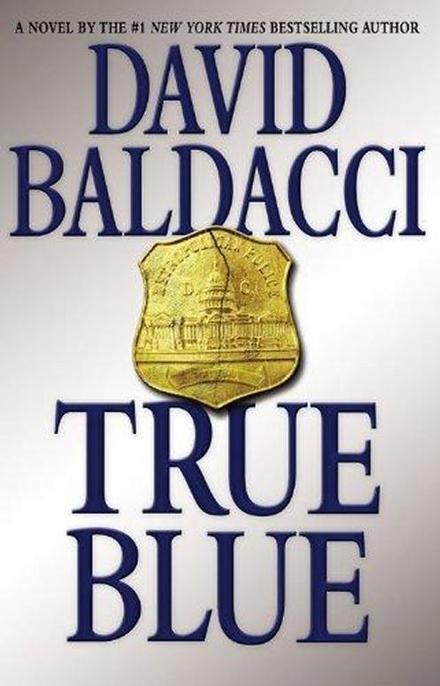 A decade ago he’d been a hotshot and highly paid criminal defense attorney in New York, legally hand-holding some of the sleaziest of Manhattan’s underworld. It had been an exhilarating time in his career, and also represented his lowest point. He’d lost control of his life, been unfaithful to his wife, and become someone he’d grown to loathe.

When his wife had been told that she had perhaps six months to live, something had finally clicked in Meldon’s brain. He’d resurrected his marriage and helped his spouse beat a death sentence. He’d moved the family south, and for the last ten years, instead of defending criminals, he was sending them to prison. Everything about that felt right, even if his financial circumstances weren’t nearly as rosy.

He left the building and headed home. Even at two a.m. there was life in the nation’s capital, but once he got off the highway and rode through the surface streets toward his neighborhood it grew quiet and he grew more drowsy. The blue grille lights flashing off his rearview mirror jolted him to alertness. They were in a straightaway not a half mile from his house, but one bordered on both sides by trees. He pulled off the road and waited. His hand slid to his wallet where his official credentials were contained. He was worried that he’d dozed off or been driving erratically because he was so tired.

He saw the men coming toward the car. Not uniforms, but suits, dark ones that made their starched white shirts stand out under the three-quarter moon. Each man was about six feet tall with an athletic build, clean-shaven face, and short hair, at least that he could make out under the moonlight. His right hand gripped his cell phone and he punched in 911 and kept his thumb poised over the call key. He rolled the window down and was about to hold up his official creds when one of the other men beat him to it.

Meldon stared at the ID card and then watched as the man flicked his hand and the familiar FBI shield appeared on the next slot in the leather holder. “I don’t understand, what’s this about, Agent Hope?”

“We need you to come with us.”

“The Washington Field Office? Why?”

“We were just told to make the pickup, Mr. Meldon. The assistant director is waiting to talk to you.”

“Can’t it wait until tomorrow? I’m a United States attorney.”

Hope looked put off. “We are fully aware of your background. We
are
the FBI.”

“You can call the AD if you want, sir, but our orders were to bring you in ASAP.”

Meldon sighed. “That’s all right. Can I follow you in my car?”

“Yep, but my partner here has to ride with you.”

“Having a highly trained agent riding shotgun for you is never a bad thing, Mr. Meldon.”

“Fine.” Meldon slipped his phone back in his pocket and unlocked the passenger door. Agent Reiger climbed in next to him while Hope walked back to his car. Meldon pulled in behind the other car and they started on their route back to D.C.

“I wish you guys could have come to my office. I just came from town.”

Reiger kept his gaze on the other car. “Can I ask why you’re out this late, sir?”

“As I mentioned, I was at my office, working.”

“It’s not a nine-to-five job. Your partner mentioned phone calls and e-mails. Was he inferring ones that I made or received?”

“The Bureau’s intel division gets chatter and scuttlebutt all the time from the dirtbag world. It might be that someone you prosecuted wants payback. And we understand that when you were in private practice in New York you did not leave on the best of terms with some of your, uh,
clientele
. It could be coming from that sector.”

“But that was a decade ago.”

“The mob has a long memory.”

Meldon suddenly looked fearful. “I want protection for my family if there’s some nut out there gunning for me.”

“We already have a Bucar with two agents stationed outside your house.”

They crossed over the Potomac and into D.C. proper, and a few minutes later neared the WFO. The lead car hung a left down an alley. Meldon pulled in behind it.

“They just opened a new underground garage for us to use with a hardened tunnel right into WFO. Quicker this way and under Bureau eyes 24/7. These days who the hell knows who’s watching? Al-Qaeda to the next Timothy McVeigh.”

Meldon looked at him nervously. “Got it.”

Those were the last words Jamie Meldon would ever speak.

The massive electric shock paralyzed him even as a large foot stomped down on the car’s brake. If Meldon had been able to look over he would’ve seen that Reiger was wearing gloves. And those gloves were curled around a small black box with twin prongs sticking out. Reiger climbed out of the car as a twitching Meldon slumped over.

The other car had stopped up ahead and Hope ran back to the second car. Together they lifted Meldon out and leaned him face first against a large Dumpster. Reiger pulled out his pistol with a suppressor on the muzzle. He stepped forward, placed the barrel against the back of Meldon’s head, and fired one round, ending the man’s life.

Together they heaved the body into the Dumpster. Reiger climbed into the dead attorney’s car. He followed his partner’s ride out of the alley, turned left, and then headed north while Meldon’s corpse finished sinking into the garbage.

Reiger pushed a speed dial button on his phone. It was answered after one ring. Reiger said, “Done.” Then he clicked off and slipped the phone back in his pocket.

The man on the other end of the phone did likewise.

Jarvis Burns, his heavy briefcase pressing against his bad leg, struggled to catch up to the rest of the party as they headed across the tarmac, up the metal steps, and into the waiting aircraft.

Another man with white hair and a heavily lined face turned back to look at him. He was Sam Donnelly, the Director of National Intelligence, which essentially made him America’s top spy.

Ten minutes later Air Force One rose into the clear night air on its way back to Andrews Air Force Base in Maryland.

Love And Coffee: A Cup Of Grace Romance Series Book 1 by Katy Halliday
The Guardian (The Wolfe Series) by Oltrogge, Donna
Chronicle in Stone by Ismail Kadare
Low Red Moon by Kiernan, Caitlin R.
A Thief in the Night by Stephen Wade
Lafferty, Mur by Playing for Keeps [html]
Unknown by Jane
Earth: Population 2 (Paradise Lost Book 1) by Aubrie Dionne
Daggerspell by Katharine Kerr
Saved By A Stranger by Andi Madden