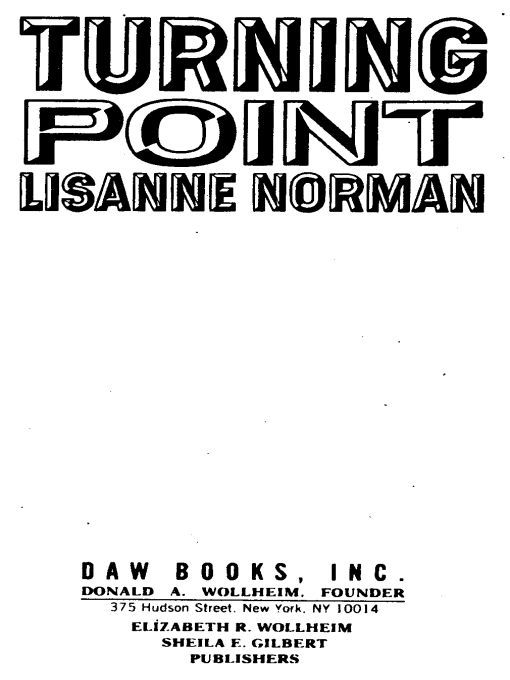 Table of Contents
Title Page
Copyright Page
Dedication
Â
Chapter 1
Chapter 2
Chapter 3
Chapter 4
Chapter 5
Chapter 6
Chapter 7
Chapter 8
Chapter 9
Chapter 10
Chapter 11
Â
KUSAC HAD TO FIND HIS CREW MATESâ
He didn't know how much exposure his companions had had to the Valtegans since their scout ship had crashed on this planet, but it was obvious to him that this was the species for whom his people had been searching. And now it was even more vital that he reach the rest of his team because he'd just found out that their computer crystal was in Valtegan hands.
The only thing he was certain of was that his fellow Sholans were heading for the life pod left by a survey ship years before for just such an emergency as they now found themselves in. And he knew that they'd tracked the pod as far as the large forested region which began not far from the settlement where he had found shelter with the Human called Carrie.
Though he had not been listening closely to the conversation between Carrie and the town doctor, his attention was abruptly pulled back to it as he realized Carrie was about to tell the doctor of the Telepathic bond between them. Icy fear washed through him, and, with no time for subtlety, he sent a negative command to her.
Carrie suddenly found herself unable to talk or move. Kusac's fear began to resonate along with hers and sheer terror gripped her....
DAW Books
is proud to present
LISANNE NORMAN'S
SHOLAN ALLIANCE
Series!
Â
Â
TURNING POINT
FORTUNE'S WHEEL
FIRE MARGINS
RAZOR'S EDGE
DARK NADIR
STRONGHOLD RISING 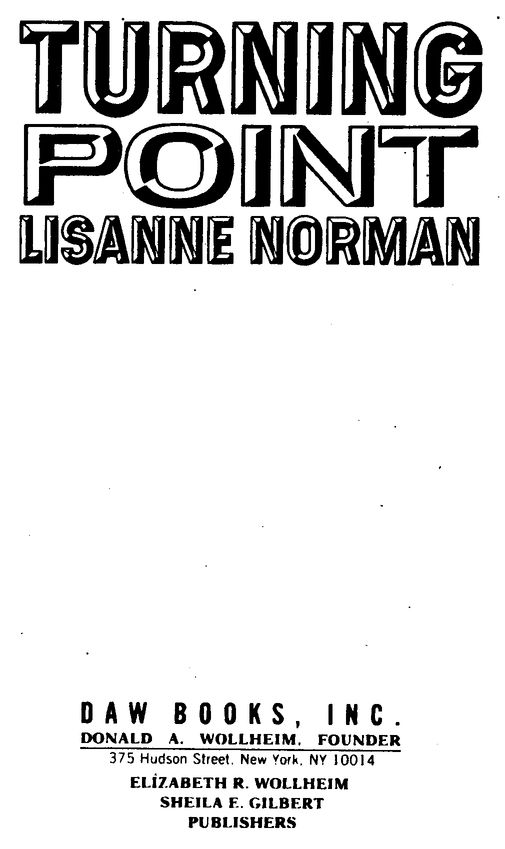 For Mum and Dad, who taught me to love words and paint pictures.
Â
For the members of ASTRA, too numerous to mention, but still appreciated.
Â
For the many friends who pushed and supported me into finishing this, including An-drew Stephenson, Ken Slater, Anne Page, and Marsha Jones.
Â
Thank you all.

Tave Part 1 by Erin Tate
The Seventh Friend (Book 1) by Tim Stead
Rude Awakening by Susan Rogers Cooper
Wolf Magic: A Fantasy of Werewolves and Witches in the Twilight by Illyvich, Sascha
The Wolves of Midwinter by Anne Rice
Morganville Vampires [01] Glass Houses by Rachel Caine
All the Single Ladies: A Novel by Dorothea Benton Frank
Me & My Invisible Guy by Sarah Jeffrey
Lucky: The Irish MC by West, Heather
The Playmaker by Thomas Keneally