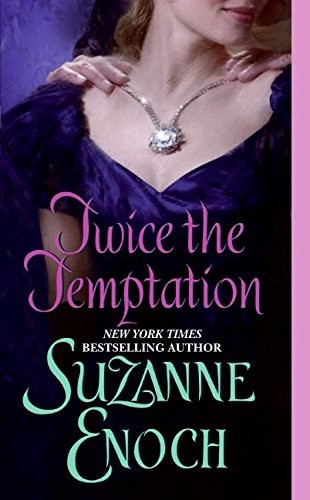 For the ladies of the reading group

at Sunshine Books in Cypress, California—

not only are you warm and funny and insightful,

but you always have chocolate.

A Diamond or Forever

“Aunt Rachel, you are not on the verge of being…

“You’ve met the Marquis of Rawley?” Leandra Halloway whispered from…

“Who was that I saw you walking with, my darling?”…

Evangeline lifted the diamond necklace out of its velvet-lined box…

Daisy. Evangeline looked from the lovely young lady to Connoll,…

“I don’t want to wear it,” Evangeline said, scowling at…

“May I ask you a question, Lord Dapney?” Evangeline queried…

Connoll did a last quick check of Gilly’s and his…

“Are you certain you don’t wish her to accompany you,…

“There’s that blasted man again,” Lady Munroe hissed under her…

Diamonds Are Not a Girl’s Best Friend

“Forget it, Rick!” Samantha Jellicoe called over her shoulder. “You…

Richard Addison went up the stepladder and peered into the…

Richard slowed his classic ’61 Jaguar as he passed three…

“If Scotland Yard wants to run an investigation, then let…

Press cars and television vans were already lined up outside…

Samantha perched on the back of a chair in the…

Samantha closed her eyes, putting everything to sensation. Rick kissed…

Samantha reached the exhibit doors as Henry Larson emerged into…

Samantha sat up, going from dead asleep to wide awake…

Samantha crept through the north wing and down the stairs,…

Samantha watched the monitor as Ernest and the limousine rolled…

Maybe Rick had been right about the Nightshade Diamond, after…

Samantha took a deep breath, sent a last glance back…

Samantha lifted the access panel and shimmied beneath the display…

Other Books by Suzanne Enoch

A Diamond or Forever

“Aunt Rachel, you are not on the verge of beingput to bed with a shovel,” Evangeline Munroe said primly, her hands folded on her lap. “I daresay you’re more likely to be dancing with that nice Lord Geary at the next assembly.”

“That’s not so, child,” her aunt said, giving a dramatic cough. “I’ve been slipping for days. I’m only glad you arrived to pay your last respects before I’m gone to kingdom come.”

“I’m not paying my last respects; I’m paying my ordinary ones.” Evangeline frowned briefly, then smoothed the expression. Her face would be chasmed with wrinkles if she didn’t take care. “Which is not to say that my ordinary respects are not sincerely meant.”

Evangeline used the silver tongs to select a biscuit,
altering her selection to a plumper one when Aunt Rachel cleared her throat. “Did Mama tell you she’s entering the garden competition again?”

“Why wouldn’t she? Heloise has won the last three in a row.”

“Four. Mama would be hurt if you forgot one of her victories.”

“I’m more worried over the hurt she would dome if she knew I’d forgotten one. If she asks about my final conversation, please tell her I remembered all four of her ribbons.”

Evangeline didn’t want to discuss gardening ribbons at all. Curiosity had been pulling at her since her early morning arrival, in fact, but she refused to succumb. Her aunt had summoned her to Tandey House on the outskirts of London and then spent the subsequent hour talking endlessly about nothing in particular. Whatever had prompted the invitation practically at dawn and a full fortnight ahead of her regular visit, Aunt Rachel would come around to discussing it eventually.

Her aunt sent her a sideways glance, shifting on the mounds of fluffed pillows that threatened to engulf her and the entire bedchamber. “You have the patience of Job, don’t you?”

“I know how you enjoy your surprises.”

“Yes, though I don’t think I quite realized the mortal peril I would face when I embarked upon this particular venture.”

“Peril?” Gilly repeated. “You’re not going off to India again, are you?”

“Heavens, I’d never survive the voyage. No, this is something I’ve contemplated for quite some time. Though you know I prefer not to play favorites, I had to make a
choice between you and your cousins.” Evidently remembering that she was on her deathbed, she coughed once more. “You may wonder why I selected you.”

“Since I don’t know what you’ve selected me for, I can hardly comment on it.”

“Aha,” Aunt Rachel chortled. “That is it, precisely.”

“You possess an astounding measure of practicality, and absolutely no imagination. If you have no capacity for believing in fanciful happenings, you may be immune to their occurrence.”

As highly as Evangeline prized her sensibility, that didn’t sound like a compliment. “I believe what my eyes, experience, and logic tell me,” she said, keeping her voice cool.

“Yes, I know. And while ordinarily I would hope you would learn to seek a broader perspective, one that would perhaps utilize your heart, under these circumstances your logic may be your most valuable tool.”

Considering her aunt’s flights of dramatics, Evangeline supposed she should be pleased to be excluded from the arm-flailing horde. And the wordvaluable always sounded promising. “I admit, you begin to make me curious.”

Rachel Tandey slapped her hand on the rumpled bed-sheets. “Oh, very well. You’ve wheedled it out of me.” She reached beneath one of the pillows and produced an ornate wooden box the size of a teacup. “This, my dear, is for you.” She handed it over.

With a dubious glance from the box to her aunt, Evangeline took it. “This isn’t rhinoceros toenails like you gave me before, is it?”

“Thatwas for Christmas.This is an inheritance. It’s
been in the family for a very long time. We’re very careful about to whom it should be passed along. Go on, open it.”

She would have preferred another moment or two to study the pretty mahogany box, but it wouldn’t do to upset her aunt in the midst of gift-giving. Evangeline flipped up the small brass catch and opened the lid.

The bedchamber windows flashed white, and thunder abruptly cracked in a deafening, echoing crescendo around the room. “Good heavens! That was alarming.” Rachel Tandey clutched her chest.

“It’s been blustery since midnight,” Evangeline said absently. “That’s why I was late arriving here.”

She scarcely noted what Aunt Rachel said. Her attention was on the contents of the box. A fine gold chain closely lined with multifaceted stones coiled loosely around the interior like a slender, hungry snake. In the middle lay a delicate setting also of gold, and holding thirteen small stones and a much larger blue-tinted one in the middle, sparkling like starlight. “It’s not paste, is it?” she asked, knowing from the sparkle alone that it must be real.A diamond . Dozens of diamonds. But the blue one…

“It’s very real. But now that you’ve set eyes on it, I have to tell you that it doesn’t come by itself.”

Carefully Evangeline freed it from the velvet-lined box. “There are earbobs as well, then?” she asked hopefully. It was heavy, but not absurdly so.

“Mm-hm.” She held up the necklace, scarcely breathing as she let it spin and sparkle in the candlelight. “This is an heirloom? The centerpiece alone must be a hundred carats!”

“One hundred and sixty-nine carats. As it’s been
passed down to me, the tale is that the diamond came from—”

“A hundred and sixty-nine carats? Why have I never heard of it before? This should be the entire family’s pride and joy!”

“—from deepest Africa, when a ship broke apart at the Cape of Good Hope and only two sailors survived. The one who found the diamond came down with a—”

“Does it have a name?” Evangeline interrupted. “A diamond with a name is always more valuable.”

“I’m getting to that. He came down with a raging fever. Onhis deathbed he gave it to his companion so that at least one of them could profit by it. That very evening his fever broke, and he began to recover. Once on his feet again, he asked for the diamond to be returned to him, but his companion refused. The two men argued and fought over it for days, their friendship ripping into tatters, until the companion was swept away by a raging river. Finally remembering their friendship, the first man ran along beside him, trying to find a way to get him to shore.”