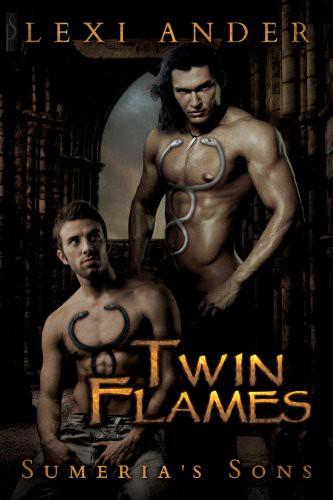 ALL RIGHTS RESERVED:
This literary work may not be reproduced or transmitted in any form or by any means, including electronic or photographic reproduction, in whole or in part, without express written permission. This book cannot be copied in any format, sold, or otherwise transferred from your computer to another through upload to a file sharing peer to peer program, for free or for a fee, or as a prize in any contest. Such action is illegal and in violation of the U.S. Copyright Law. Distribution of this e-book, in whole or in part, online, offline, in print or in any way or any other method currently known or yet to be invented, is forbidden.

Abzu
[ab='ocean', zu='to know' or 'deep'] God of fresh water, co-creator of the cosmos, consort to Tiamat. He threatened to destroy the world, upset with the chaos the younger Gods had created, and he was planning to murder the younger deities. Enki confined and defeated Abzu, and places Abzu in eternal sleep in the waters of the Kur.

Ishkur
—"Thunderer" God of storms and rain. Inspector of the cosmos. Consort to Shala, a Goddess of grain. Father of the fire God Gibil.

Adapa
—The first human man. Against Enki's wish the Gods decide to slay Kingu, and Enki finally consented to use Kingu's blood to make the first human, with whom Enki later had a close relationship, the first of the seven sages, seven wise men or "Abgallu" (*Ab=water, *Gal= great, *Lu=man), also known as Adapa.

Anat
—A violent virgin Goddess of War. Patron Goddess to Lycan warriors. Mother to the Goddess Inanna. She is depicted carrying a spear, axe, and shield, and wearing a tall crown mounted with two ostrich feathers.

Ashur
—Anshur—[An=heaven, Shar=axle or pivot.] Sky God. Axis of the Heavens. Consort to his sister Kishar. Son of Lahmu and Lahamu, who were the first children of Tiamat and Abzu. Led the war against Tiamat. He was depicted with wings.

Enki
—[EN.KI(G)]—"Lord of the Earth", "Lord of Freshwater". His image is a double helix snake wrapped around a rod of lapis lazuli, or the Caduceus, very similar to the Rod of Asclepius. He is often shown with the horned crown of divinity dressed in the skin of a carp. Considered the master shaper of the world, God of Wisdom and of all magic. God of Fertility and Creation. Creator of humanity and Enkidu.

Enkidu
—[EN.KI.DU "Enki's creation"] is a wild man created by the Gods as Gilgamesh's equal to distract him from oppressing the people of Uruk. Civilized by the priestess of Inanna, Shamhat. Enkidu embodies the wild or natural world, and though equal to Gilgamesh in strength and bearing, acts in some ways as an antithesis to the cultured, urbanbred warrior-king. Enkidu became the king's constant companion and deeply beloved friend, accompanying him on adventures until he was stricken ill.

Enlil
—[EN=Lord + LIL=Loft, "Lord of the Open" or "Lord of the Wind"]—Titles accorded to him are "King of Lands", "King of Heaven and Earth", and "Father of the Gods". He is the God of Wind and Breath. When the Gods could not find Enki, Enlil offered to kill Tiamat if the Gods would make him their king. He wears the copper Tablets of Destiny which he took from Tiamat's son, Kingu. Without the tablets he loses his right to kingship.

Gilgamesh
—[Gilgameš] was the fifth king of Uruk, modern day Iraq (Early Dynastic II, first dynasty of Uruk), placing his reign ca. 2500 BC. Gilgamesh is a demigod of superhuman strength who built the city walls of Uruk to defend his people from external threats, and travelled to meet the sage Utnapishtim, who survived the Great Deluge. He is usually described as two-thirds God and one third man. He was titled Shktur eli sharr+ ("Surpassing All Other Kings") and Sha naqba +muru ("He who Saw the Deep").

Gugalanna
—[gu="bull", gal="great", an="heaven", a="of"]—The Great Bull of Heaven—also known as Taurus for the constellation of the zodiac. God of the seven waves of petulance. Associated with the solstice. He was the first husband of the Goddess Ereshkigal, the Goddess of the Realm of the Dead. He was sent to take retribution upon Gilgamesh for rejecting the sexual advances of the Goddess Inanna.

Inanna
—[INA NA]—Goddess of Sexual Love, Sacred Prostitution and Warfare. Inanna's symbol is an eight-pointed star or a rosette. Patron Goddess of the city of Uruk. She is infamous for her proprietary but contemptuous treatment of her former lovers who inevitably ended up cursed. Her obsession with vengeance against Gilgamesh for his rejection led to the deaths of Gugalanna and Enkidu. In Babylonian myth, known as Ishtar. Depicted with clawed feet of a raptor and wings.

Ishara
—(
išara
)—"treaty, binding promise" Goddess of the Oath. Ishara could inflict severe bodily penalties to oath breakers, in particular ascites, a military oath. In this context, she came to be seen as a "Goddess of Medicine" whose pity was invoked in case of illness. There was even a verb,
isharis—
"to be afflicted by the illness of Ishara".

Keresaspa
—the greatest warrior of all. He is destined to kill the demanos Azhi-Dahaka with his mighty club. Only then will the curse of evil on the world be lifted.

Mithra
—In addition to being the divinity of contracts, Mithra is also a judicial figure, an all-seeing protector of truth, and the guardian of cattle, the harvest and of the waters. He is the God who is the guardian of the Khvarnah or Divine Glory that alone bestows legitimacy on kings. He can assume the forms of a strong wind, wild ram, swordsman with a golden blade, or the shape of a boar. Guarded by the God Verethragna.

Ki
—[KI="Earth"] Known more widely as Ninhursag. Was the earth and mother Goddess, one of the seven great deities of Sumer. She is principally a fertility Goddess. Temple hymn sources identify her as the 'true and great lady of heaven' and kings of Sumer were 'nourished by Ninhursag's milk'. She is typically depicted wearing a horned head-dress and tiered skirt, often with bow cases at her shoulders, and not infrequently carries a mace or baton surmounted by an omega motif or a derivation, sometimes accompanied by a lion cub on a leash. She is the tutelary deity to several Sumerian leaders. Her symbol is the omega &.

Ninsun
—[nin-sun "lady wild cow"] is a Goddess, best known as the mother of the legendary hero Gilgamesh. Also known as the "August cow", the "Wild Cow of the Enclosure", and "The Great Queen".

Shamash
—[Šamaš="Sun"] God of the Sun and Lord of Justice. Emblem is the winged sun. Just as the sun disperses darkness, so Shamash brings wrong and injustice to light. Has the ability to expel demon possession. Gilgamesh receives dreams from Shamash, which Enkidu then interprets, and at their battle with Humbaba, it is Shamash's favor for Gilgamesh that enables them to defeat the monster. Lower Gods that serve Shamash are Ketta ("Justice") and Mesharu ("Right").

Sin
—aka Nanna—God of the Moon, the illuminator, often rode a winged bull. Symbols are the crescent moon, the bull, and a tripod.

Tiamat
—A primordial Goddess of salt water, consort and queen to Abzu. She is identified with images of a sea serpent or multi-headed dragon. When she was slain by the God Enlil, the Heavens and the Earth are formed from her divided body. She is known as a chaos monster and gave birth to dragons, serpents, scorpion men and merpeople. The twelve signs of the zodiac are attributed to the children she created before she battled with Enlil.

Uttu
—Known as the Spider, the weaver of the web of life. Goddess of Weaving and Clothing. The child of Enki and Ninkur. Keeper of the histories of the Gods.